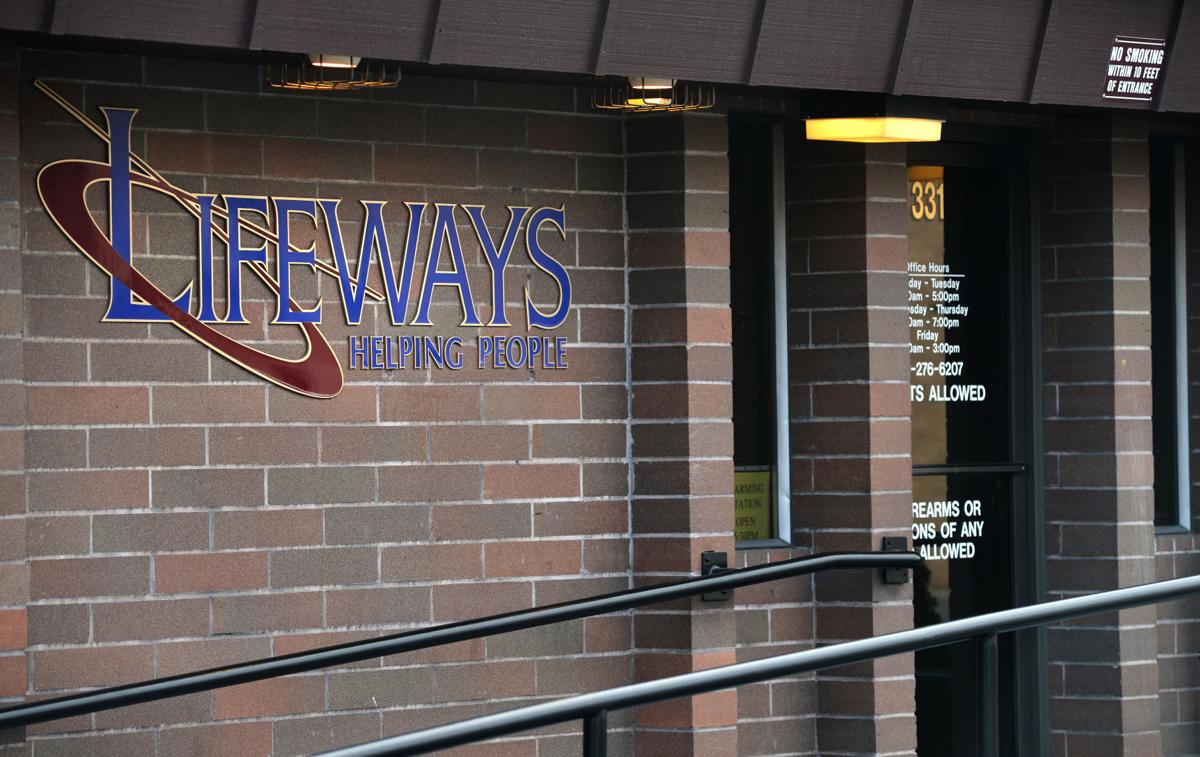 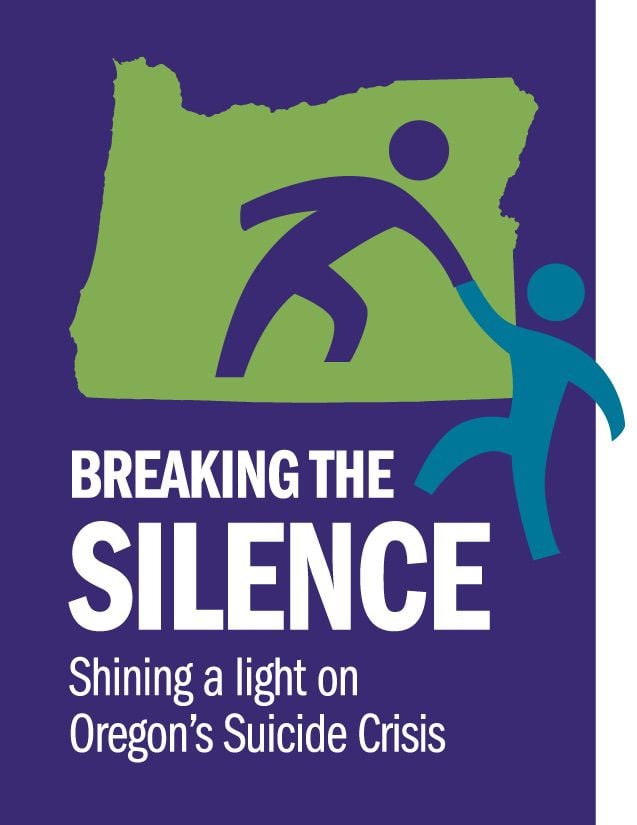 For many, mental health and suicide are taboo topics that can be uncomfortable, or even scary to talk about. But according to a group of students at Hermiston High School, the fear of open discussion is part of the problem.

In their English class, juniors Karyssa Fisher and Ericka Wells were asked to write opinion pieces for a class assignment. Both ended up writing columns about suicide and mental health — issues that have affected their student body every year since they’ve been in high school, as students have died by or attempted suicide. But while their class has been impacted by the issue, the students said they feel it has not been properly addressed in school.

The girls wrote about different angles of the issue (you can read their columns here and here), but both said that they wish students were more encouraged to seek help, and discuss their feelings openly. Along with a few other classmates, they discussed some resources they’d like to see for students.

“I feel like we could learn from this — there are better ways to treat people who are depressed,” Wells said.

Through dealing with the tragedies that have fallen upon their class, Wells said she hopes they will better learn how to support each other.

“I feel like having an incident like this brings the student body closer together, and makes us more aware of what students may be going through,” she said.

That can include acknowledging a range of issues and needs that students may have. The students said while their school does offer some services, they would like to see them better publicized, and geared more toward everyday mental health, rather than a reaction to certain incidents.

“I think we should announce more where people can get help,” said junior Maria Tejeda. “I don’t see (information) anywhere until someone does something.”

There are instantly-available resources for anyone seeking help for depression, suicidal thoughts, grief or other mental health issues. Lifeways, which provides mental health services to Hermiston and surrounding communities, has a 24/7 crisis line at 541-276-6207 or 866-343-4473. The National Suicide Prevention Lifeline is 1-800-273-8255 and suicidepreventionlifeline.org. The Oregon Youth Line can be accessed at 877-968-8491 or by texting “teen2teen” to 839863.

Not everyone knows about those resources, however. Fisher said she has primarily seen discussions about suicide prevention and mental health in health classes. Students have a few health classes throughout high school, but the students said they’d like to see those discussions become more pervasive.

“I feel that in some cases, people may be embarrassed to say they are struggling,” Wells said. “We need to make it ok to go talk to someone, whether it’s a small problem or a large one.”

Similarly, students said they feel that the encouragement to talk, or “safe spaces,” are mostly evident in reaction to a crisis.

“I find it only seems to happen when somebody passes,” said sophomore Isabelle Rivera.

English teacher Tammy Fisher, in whose class Wells and Karyssa Fisher wrote the opinion pieces, said there are some opportunities to discuss mental health in school, but it largely depends on the class.

“In English class, sometimes it’s a bit different,” she said. “In lots of articles this year, we’ve read about teen stress on the rise, and as teachers this year, more than ever, we seem to be getting a clearer picture of the things teens are experiencing.”

She said the staff also recently completed a training called “Character Strong,” which encourages teachers to approach their relationships with students holistically, rather than just focusing on teaching for content.

In 2017, 17% of eighth graders and 18% high school juniors in Oregon reported considering suicide in the past 12 months in an Oregon Health Authority survey.

Wells said she would like to see a regular focus on mental health and suicide in the schools.

“Just acknowledging these kinds of issues would mean a lot to people in our school, too,” said Karyssa Fisher.

Fisher said while there are posters all around the school advertising suicide hotlines, many are unlikely to ever utilize them.

“Many feel they’re really impersonal,” she said. “A lot of students find them really inaccessible in my experience.

“Which makes sense,” Tejeda said. “For something so personal, you wouldn’t want to call if you can’t even see them.”

Many said they would like to see more access to therapists — especially for people who are low-income.

“Money is a problem,” said Tejeda. “A lot of people can’t afford it. So they don’t have a chance to go and talk to a professional.”

Tammy Fisher said even if that’s not the case for a family, many students are afraid to even ask their parents if they can afford a visit to a therapist, or if they have insurance. “I think there are a lot of barriers, real or perceived,” she said. “Maybe if there was more awareness about what’s available.”

“Normalizing asking for help,” she said. “That’s a step we’re still really far away from as a society, not just at HHS.”

There are resources available in the community and statewide for people who are experiencing suicidal thoughts. Lifeways provides community mental health care for Hermiston and surrounding areas.

Often community members experiencing depression or suicidal thoughts end up having contact with other organizations first, however. Those organizations include nonprofits, schools, law enforcement and hospitals — all of which are being increasingly trained to handle situations where mental health is a factor.

Judi Gabriel, emergency department assistant manager for Good Shepherd Health Care System, said in an email that patients who arrive at the emergency room in a mental health crisis or after an overdose are evaluated as high, low and moderate risk to themselves and others and for their risk of “elopement” from the hospital.

High or moderate risk patients are placed in a safe room with someone to supervise them until a county-designated mental health provider arrives. The provider will meet with the patient and either find them inpatient treatment somewhere or draw up a safety agreement and discharge plan that will include a “lay caregiver” such as a family member to help them stay safe until their follow-up appointment.

“At discharge, the patient will also be given a brochure that will have the appointment date and time,” Gabriel said, noting it has not only crisis hotlines for suicide prevention but also resources for addictions, domestic violence, sexual assault and other things that can be contributing factors to a crisis.

Cathey said when people have their basic needs met — housing, food, etc. — it can help head off a crisis and increase resiliency. Friends and family can also be alert for warning signs.

Those warning signs include a significant change in mood. Sometimes, Cathey said, going from depressed to happy can actually be a sign that the person has made up their mind. Rapid mood swings, becoming isolated, giving away prized possessions, erratic behavior and increased drug or alcohol use can also be signs something is seriously wrong.

If someone has a concern that a loved one or acquaintance is exhibiting such signs, they should contact a mental health professional or reach out to the person’s support system for assistance.

For those who are experiencing suicidal thoughts or depression, there is hope. Treatment for depression is available, as are mental health professionals and support groups that can help people developing coping skills. Even among those who attempt suicide, a majority of survivors go on to lead long lives that do not end in suicide.

“No matter how low someone feels, there are resources to help,” Cathey wrote. “You CAN overcome these feelings of depression and hopelessness. No matter what one might believe, people do care about you.”

Column: Choose to continue the sentence

I used to consider the semicolon the unwanted child of punctuation. It is usually misused or mistakenly typed on the keyboard if you forgot to…