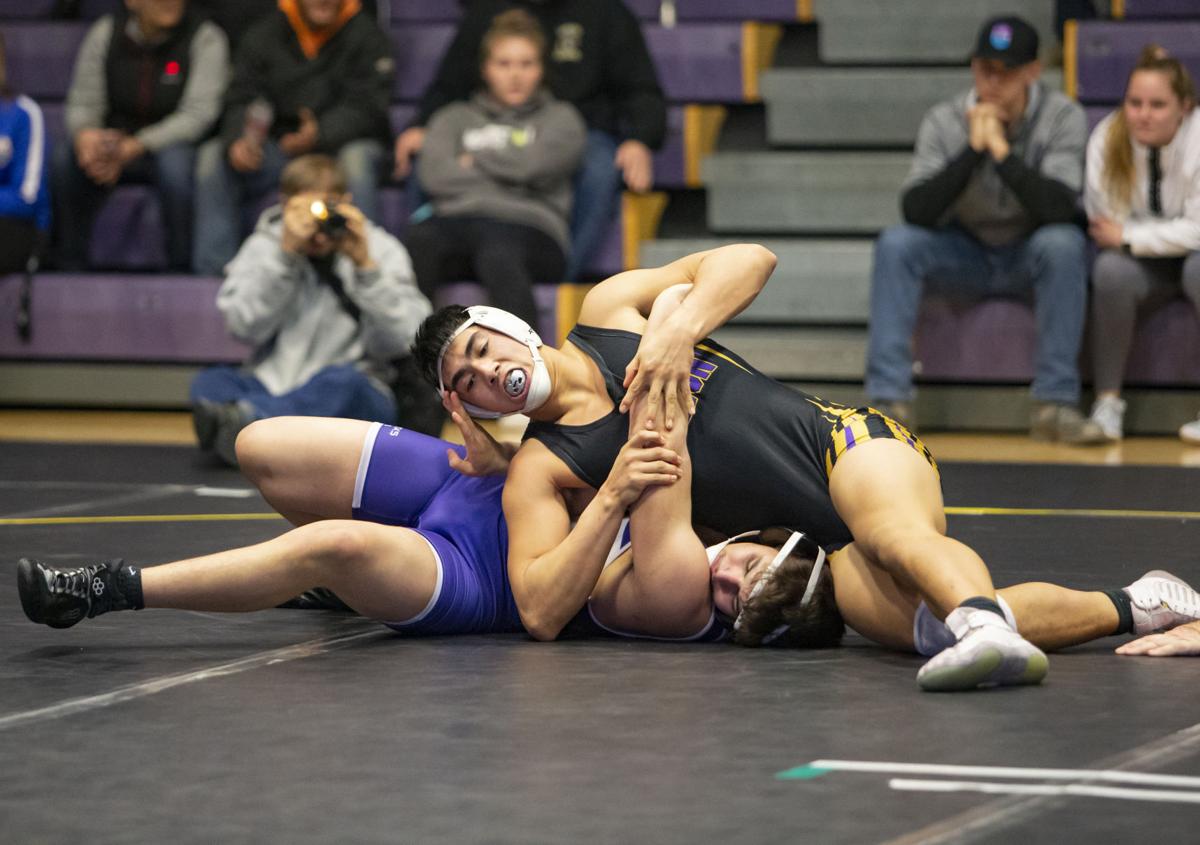 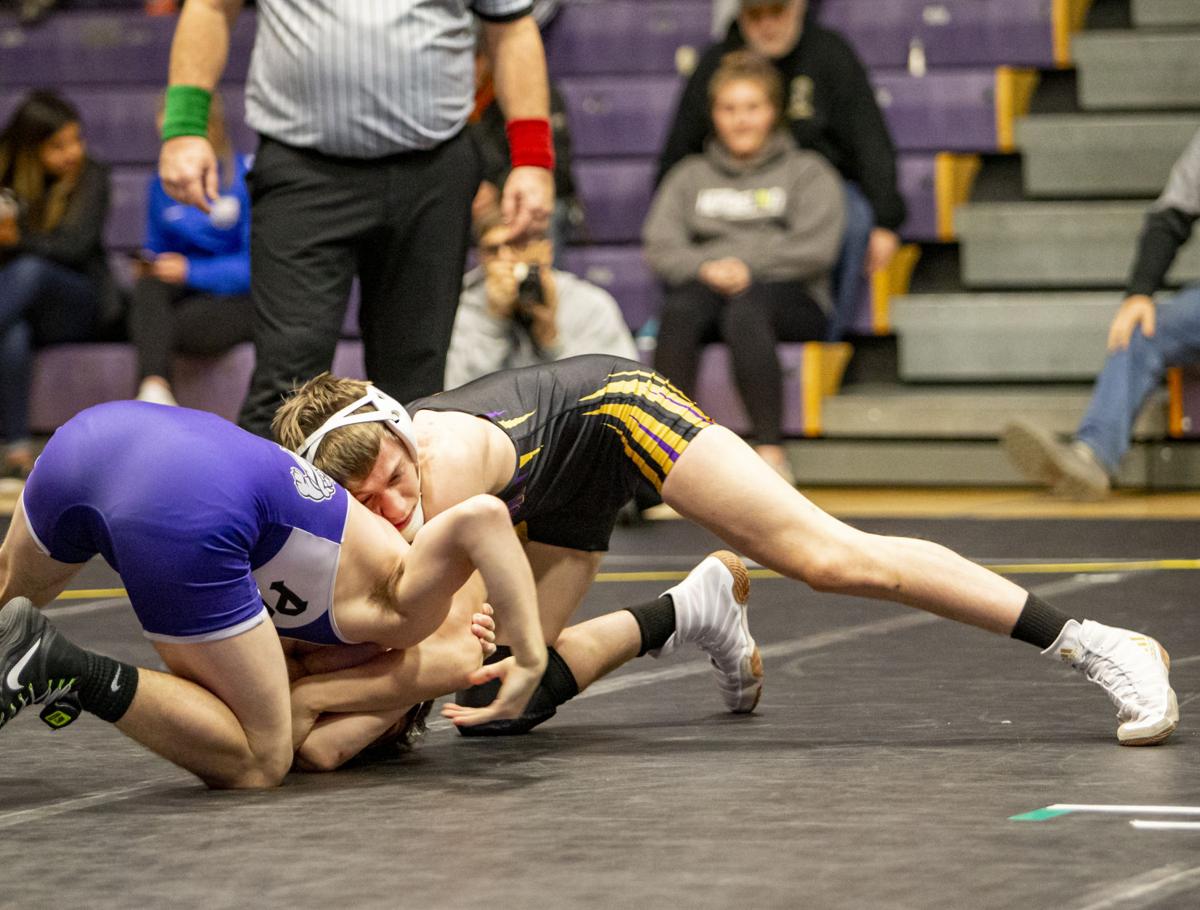 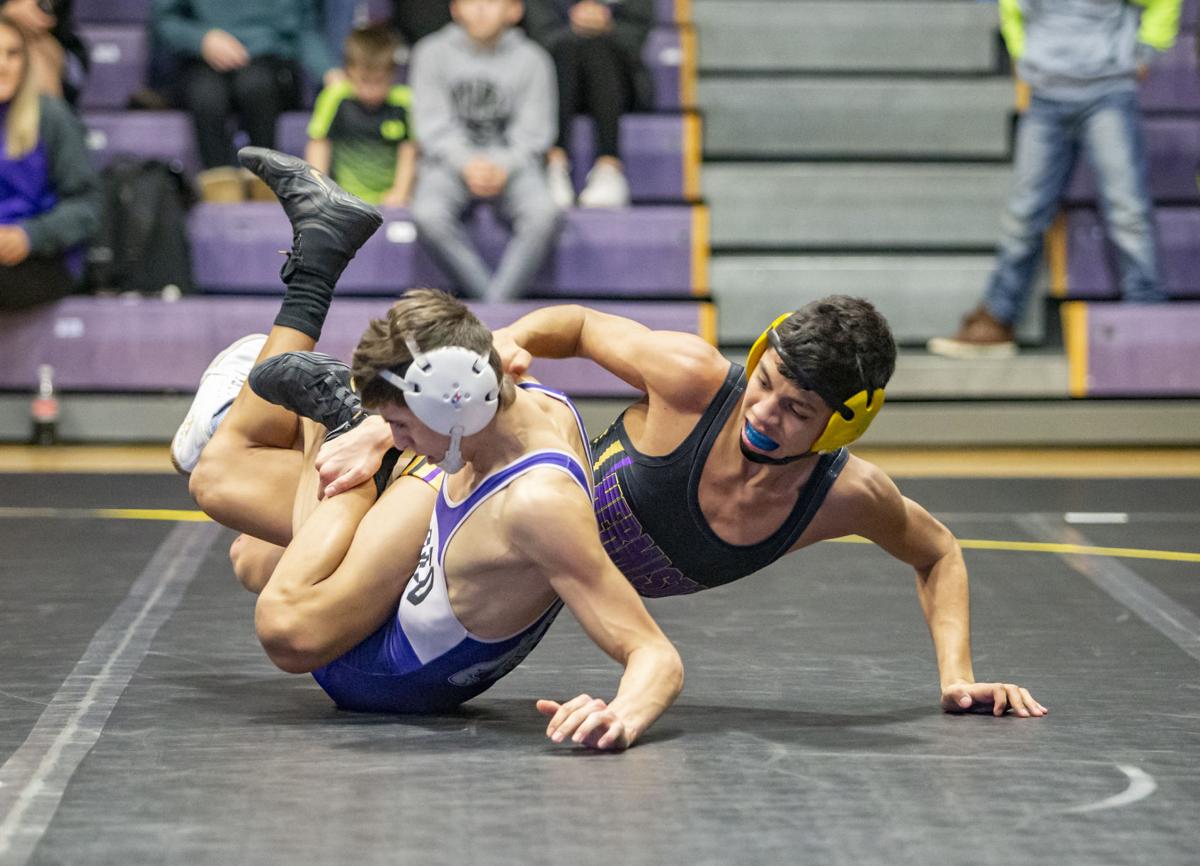 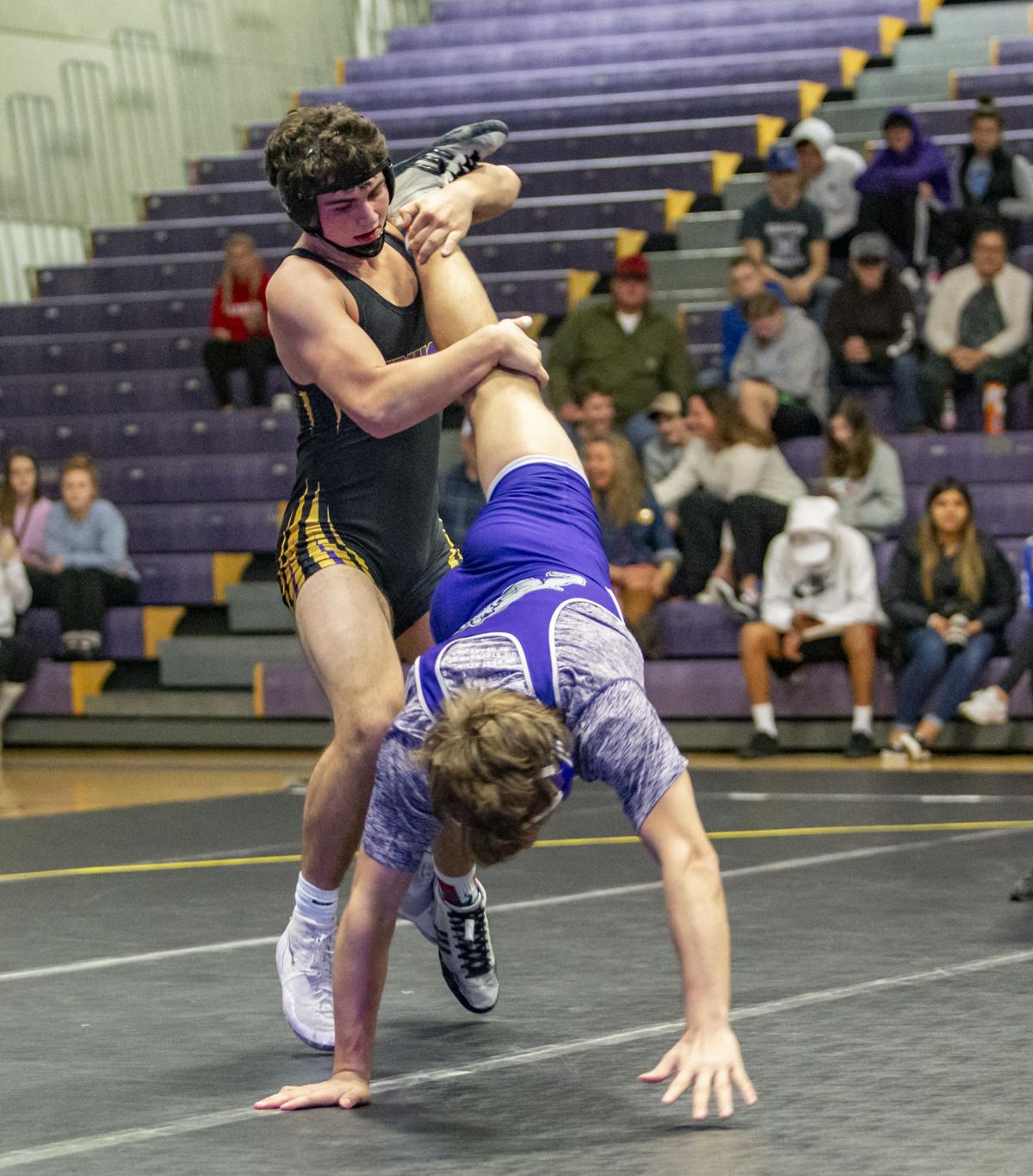 In a back-and-forth match that came down to the final bout, Pasco had the edge in the lower weights that helped it to a 35-33 Mid-Columbia Conference win over Hermiston.

“It was a dog fight, you could say,” Pasco coach Jay Covington said.

“Penciling it out, I knew it would be close. Their 145-pounder (Jordan Franklin) got after it, and we had guys at 120 and 220 that were wrestling their first varsity matches. Some of the guys are upset they didn’t do better, but we knew it would be tough.”

Though the match was a big improvement from last year’s 57-12 thrashing by Pasco, Hermiston coach Kyle Larson said there still is a lot of work to be done.

“We did all right, but not good enough,” Larson said. “When you give up 24 points in pins, you aren’t going to win many matches. We just have to be tougher, more disciplined and consistent. The reason Hermiston wrestling has the history and the culture it does is because we don’t accept getting beat by three points.”

Hermiston led 33-31 heading into the final match of the night at 120 pounds, where Pasco’s Victor Godinez earned a 10-0 major decision over Gavin Doherty to get his team the win.

“It was exciting, but it was nerve-racking,” Hermiston’s Sam Cadenas said. “We lose, we lose as a team. We are a family and we do what we need to to push them back up.”

Faaeteete’s win over Nathaniel Torres tied the match at 19-19.

Faaeteete trailed 5-0 in the first round, but a late reversal and a 3-point near fall tied the score at 5-5. In the second round, Torres chose the down position, where Faaeteete got him turned and pinned him in 3:06.

“I got on my back and I was freaking out,” Faaeteete said. “I got a boost of power out of nowhere and I turned him. I was surprised I got him — I thought I was going to get pinned. It happened so fast.”

One of the points Cadenas gave up was for an illegal throw.

“That was not intentional,” he said. “He was trying to run for his life and we went down. I felt bad, that’s 220 pounds landing on him.”

Disappointment came at 285, where Pasco’s Damian Silva pinned Dustyn Coughlin midway through the second round to pull his team within 28-25 of Hermiston.

Aiden Favorite put five points on the board for Hermiston at 106 with a technical fall for a 33-25 lead, but Pasco cut into the lead with a pin by Nate Tovar at 113 pounds to trim the deficit to 33-31.

Adrian Delgado went 3-0 for Hermiston on Saturday in a three-team dual in Idaho.

Delgado, a junior, earned a 6-3 decision over Braxton Mason of Post Falls at 120 pounds. He also eked out a 7-6 victory over Tyler Fouts of Lake Stevens, and a 7-6 decision over Orting’s Kieron Lawes.

Sophomore Sam Cadenas finished the day 2-1 for the Bulldogs. He posted a 10-4 decision over Orting’s Carter Thomas at 220 pounds, and then made the jump to 285, where he pinned Austin Portner of Post Falls in 3:03.

Cadenas’ lone loss was an 8-2 decision to Jacob Vincent of Lake Stevens. Vincent is ranked No. 2 in the 4A Washington rankings at 220 pounds. Cadenas is No. 3 in the 3A rankings.