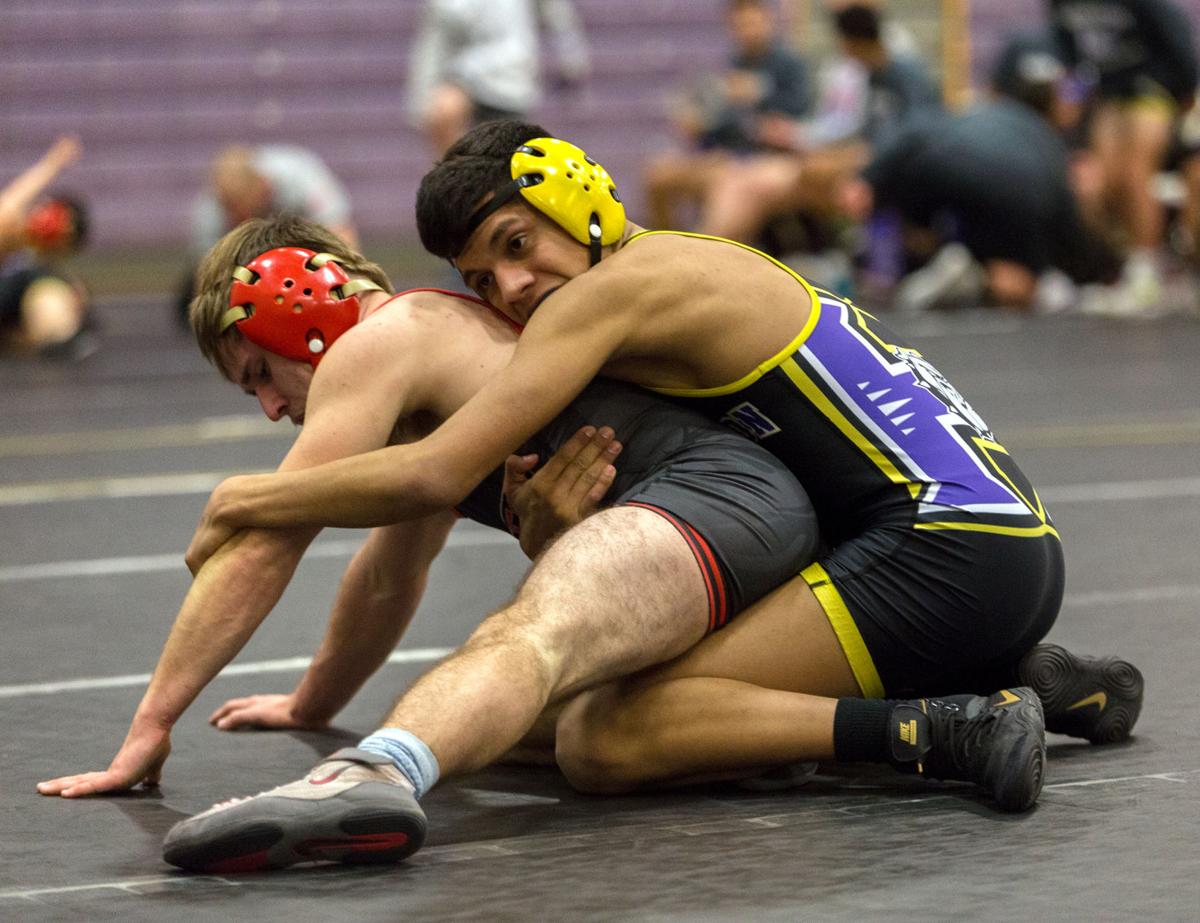 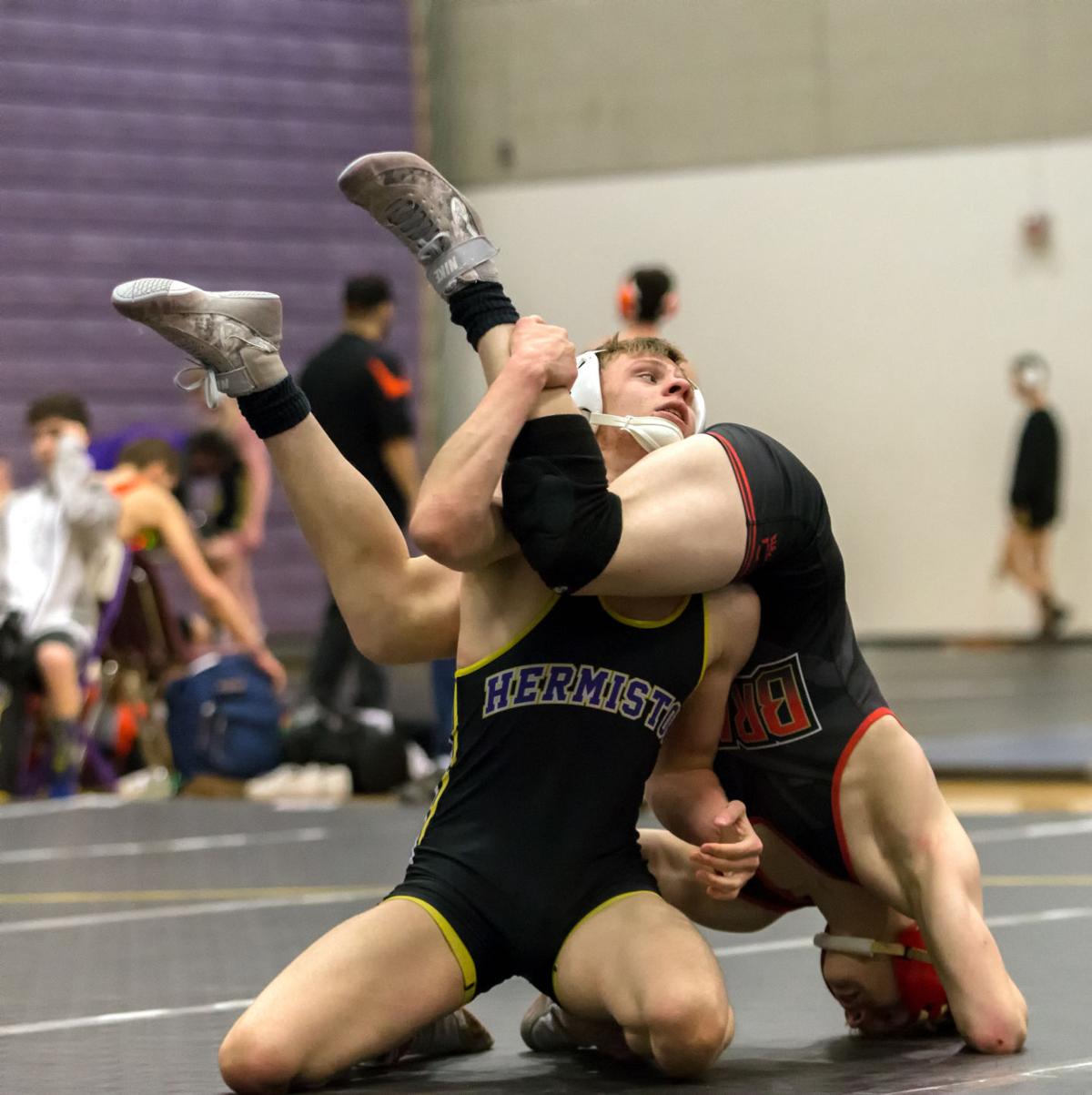 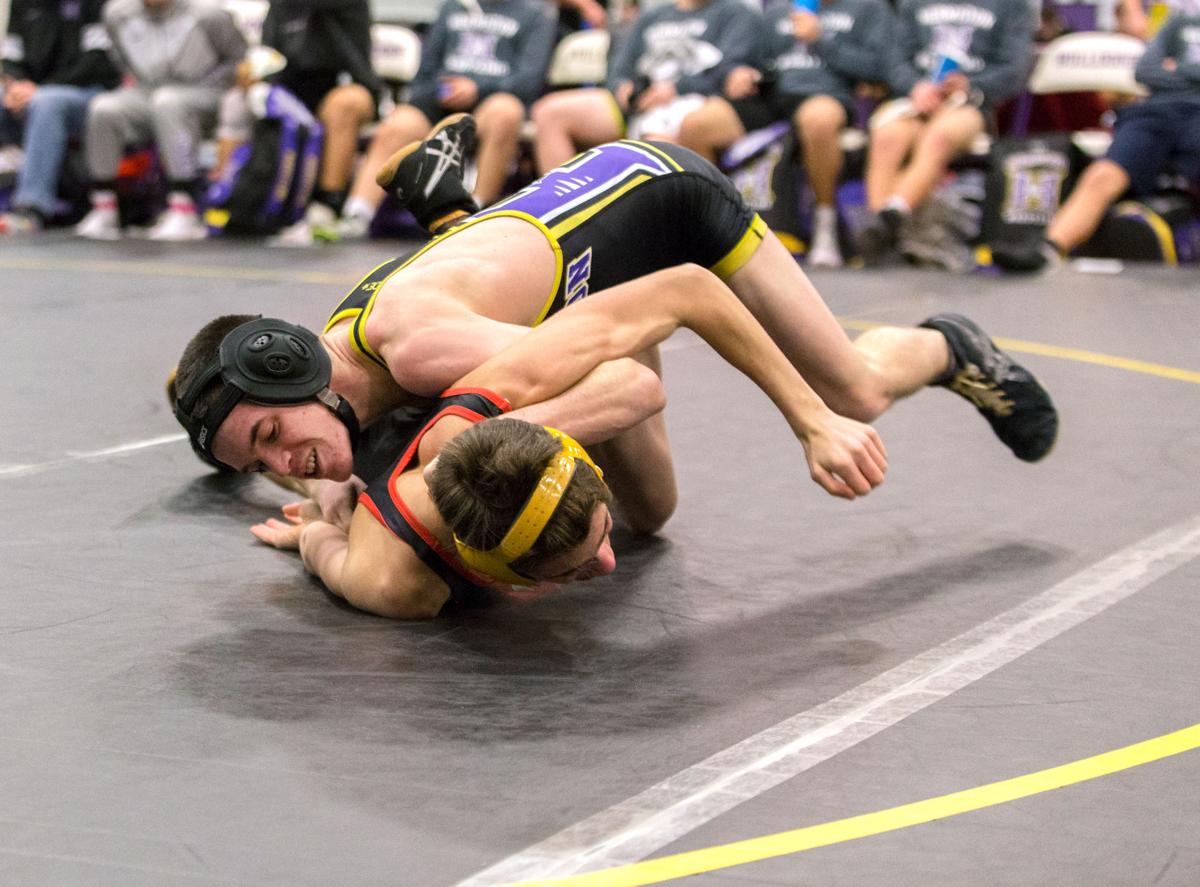 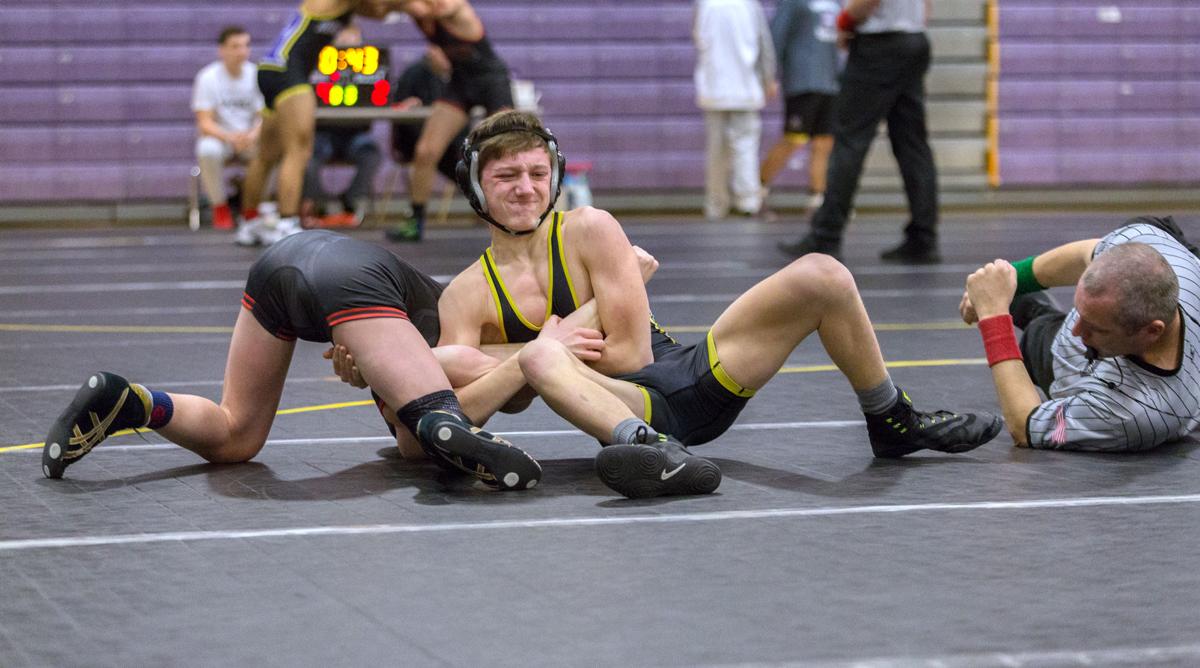 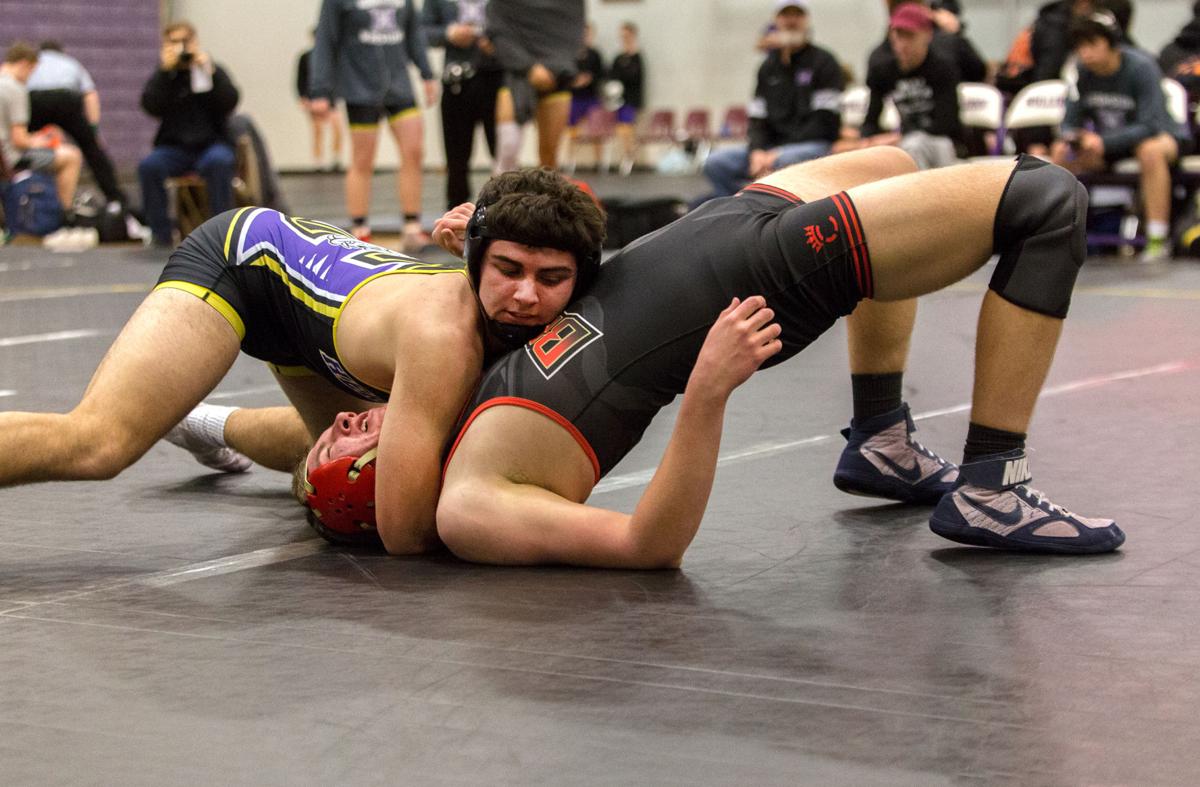 Trevor Wagner and Sam Cadenas won both of their matches by fall to help Hermiston pick up Mid-Columbia Conference wins last Wednesday night over Kamiakin and Hanford.

The Bulldogs opened the night with a 46-26 victory over Kamiakin, and then rallied from a 16-0 deficit to beat Hanford 50-23.

“I think we have made leaps and bounds from last year,” Hermiston coach Kyle Larson said. “We have kids who want to be in the wrestling room, and want to be here. The attitude is different. The work ethic is better than it has been, and the results are showing that. The fans are seeing that.”

The wins put the Bulldogs at 5-1 in the MCC standings. Last year, Hermiston finished 3-5 in their first year in the conference, and lost their duals to Kamiakin and Hanford.

Wagner (170 pounds) pinned Kamiakin’s Logan Howard in 3:06, and then followed with a pin of Hanford’s Nathan Bushman in 1:29.

“Trevor is a guy we can count on,” Larson said. “He gets bonus points for us. He does everything hard. It works for him.”

Cadenas, who is ranked fourth in the state at 220 pounds, needed just 35 seconds to pin Kamiakin’s Stone Eskelsen, and then took down Hanford’s Jakobie Reynolds in 1:53.

“They have some tough kids in the upper weights who will do good things in the postseason,” Hanford coach Dom Duncan said.

The Falcons opened the match with consecutive wins at 145, 152 and 160, and then along came Wagner at 170. Hanford forfeited at 182, Blake Betz picked up a decision for Hermiston at 195, and Cadenas added six points. Another Hanford forfeit at 285 put the Bulldogs up 27-16, and the rout was on. In total, the Falcons forfeited four matches.

“We were missing kids who have finals tomorrow (Thursday),” Duncan said.

That group includes state-ranked Austin Patton at 120 pounds (7th, 4A).

“That is frustrating,” Duncan said. “That could have been a 12-point swing if he was there.”

Against Kamiakin, the Bulldogs won eight of 14 matches. Zayne Helfer’s win by injury default at 113 put the match out of reach for the Braves.

Aiden Favorite (106) and Adrian Delgado (120) also had pins in the match for the Bulldogs.

“We are chugging right along,” Larson said. “Overall, we did a fairly good job. The goal is the postseason. You want to show up every day and make sure you are a little better than when you got there.”