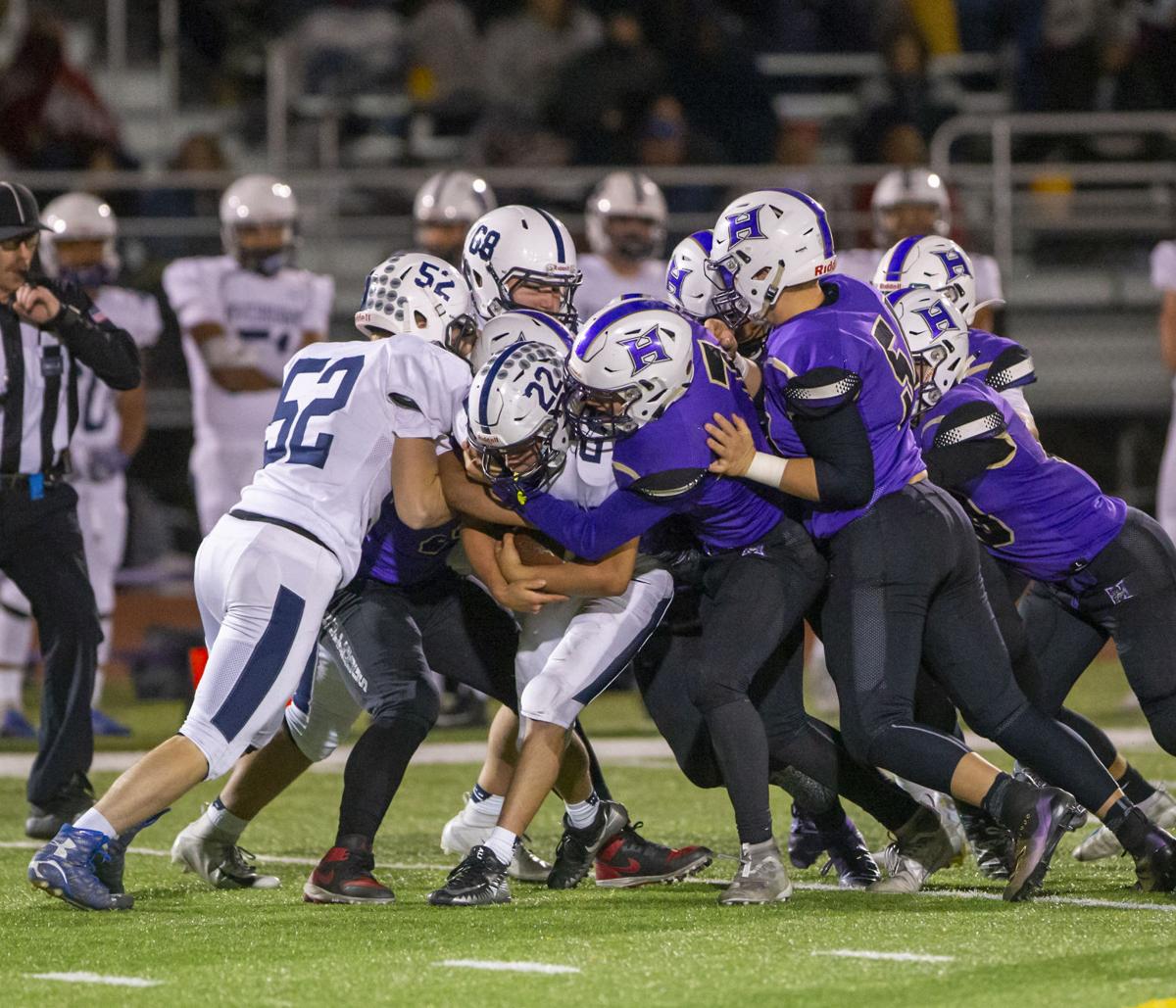 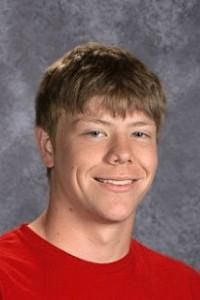 While this season has not gone as planned for the Hermiston football team, there is one constant every Friday night — Ryan Arnold.

The 6-foot, 170-pound senior middle linebacker puts his helmet on every game and gives his team an honest effort, to the tune of nearly 13 tackles per game.

“He’s the leader by example, for sure,” Bulldogs coach David Faaeteete said. “He knows his assignments. He does his job to the best of his ability. He’s our little defensive general — he manages the defense.”

Arnold leads the Bulldogs with 77 tackles this season — 59 solo and 18 assists. He also has two interceptions. The next man on the list (Trevor Wagner) has 37 tackles, while Sam Cadenas has 31.

“The linemen up front (Sean Stewart, Cadenas, Tyson Stocker, Seilala Sepeni, Chase Bradshaw and AJ Erivea) are helping me get my tackles by not getting pushed back every play,” said Arnold, who also led the team in tackles last season. “If they are getting pushed back, my vision is limited and I can’t do my job.”

Faaeteete said their defense is designed to get the linebackers more involved.

“When there is a play to be made, he is there,” Faaeteete said of Arnold. “Our defensive tackles have been doing a great job. Sam and Sean allow Ryan to have a bigger impact. It’s a team effort.”

Growing up on the gridiron

Arnold has been playing football since the second grade. When he was younger, he always played up an age group.

“Playing with kids with experience helps a lot,” Arnold said.

As a sophomore, he played on the 2017 team that won the Oregon Class 5A state title.

“My sophomore year I improved a lot,” he said. “ I learned a lot playing with Jonathan Hinkle and Peter Earl. I didn’t get to play a lot, but Chase (Bradshaw) and I got to play in the (championship) game. I started on special teams — kickoff and kick return. I had a few tackles. It was fun.”

He also got to play his sophomore season with his older brother Tayler, a right tackle. Tayler now is a defenseman for the University of Montana men’s lacrosse team.

“Getting that experience as a junior helped a lot,” Arnold said. “We put up a pretty good fight for our first year in the MCC, but I think we could have done better. This year, some of the scores don’t give you a true feel of the game. We’ve had some turnovers and shot ourselves in the foot. You also get a lot more looks from college coaches (in the MCC).”

While learning from those next to him on the field has been invaluable, Arnold also gleans what he can from Faaeteete, a former defensive tackle for the University of Oregon.

“Coach has helped me tremendously at linebacker,” Arnold said. “He has so much knowledge. He is pretty smart.”

Faaeteete said he knew Arnold was going to be a special player when he was a sophomore.

“We knew he was going to get a lot better,” Faaeteete said. “Now, he’s teaching guys to do their jobs. That’s a credit to his parents. He’s a great kid.”

Arnold was a good-sized baby when he was born — 8 pounds and 21 inches long.

When he was a month old, he had RSV (respiratory syncytial virus) and had to be life flighted to Portland. While he was sick, he dropped to 6 pounds.

Once he recovered, his parents Lizzie and Jacob thought it would be smooth sailing from there. They were wrong

The spring of his eighth grade year, Arnold started getting lightheaded, had tunnel vision and started seeing spots. He was playing lacrosse at the time, and he would have to take breaks.

“One time, my heart was beating 228 times a minute,” Arnold recalled.

He was diagnosed with supraventricular tachycardia (SVT), and had surgery at Doernbecher Children’s Hospital in Portland.

“It was pretty scary,” Lizzie Arnold said. “We didn’t really know what was going on. The doctor said it was normal and an easy fix. It was.”

The worst thing that Arnold experiences now is general aches and pains that come with playing football.

What the future holds

Arnold would like to be an electrician, but hasn’t dismissed playing college football or lacrosse (he led Hermiston in scoring last year).

“I haven’t gotten any offers yet,” he said.

There is one thing he does know — his love of football goes beyond the game.

“It will be sad when it’s all over,” he said. “You have played since second grade, and you never know when it will be your last game. You go from playing all your life to not playing at all. When you play football, you are a family. You can fall back on the team, and the coaches are there for you.”