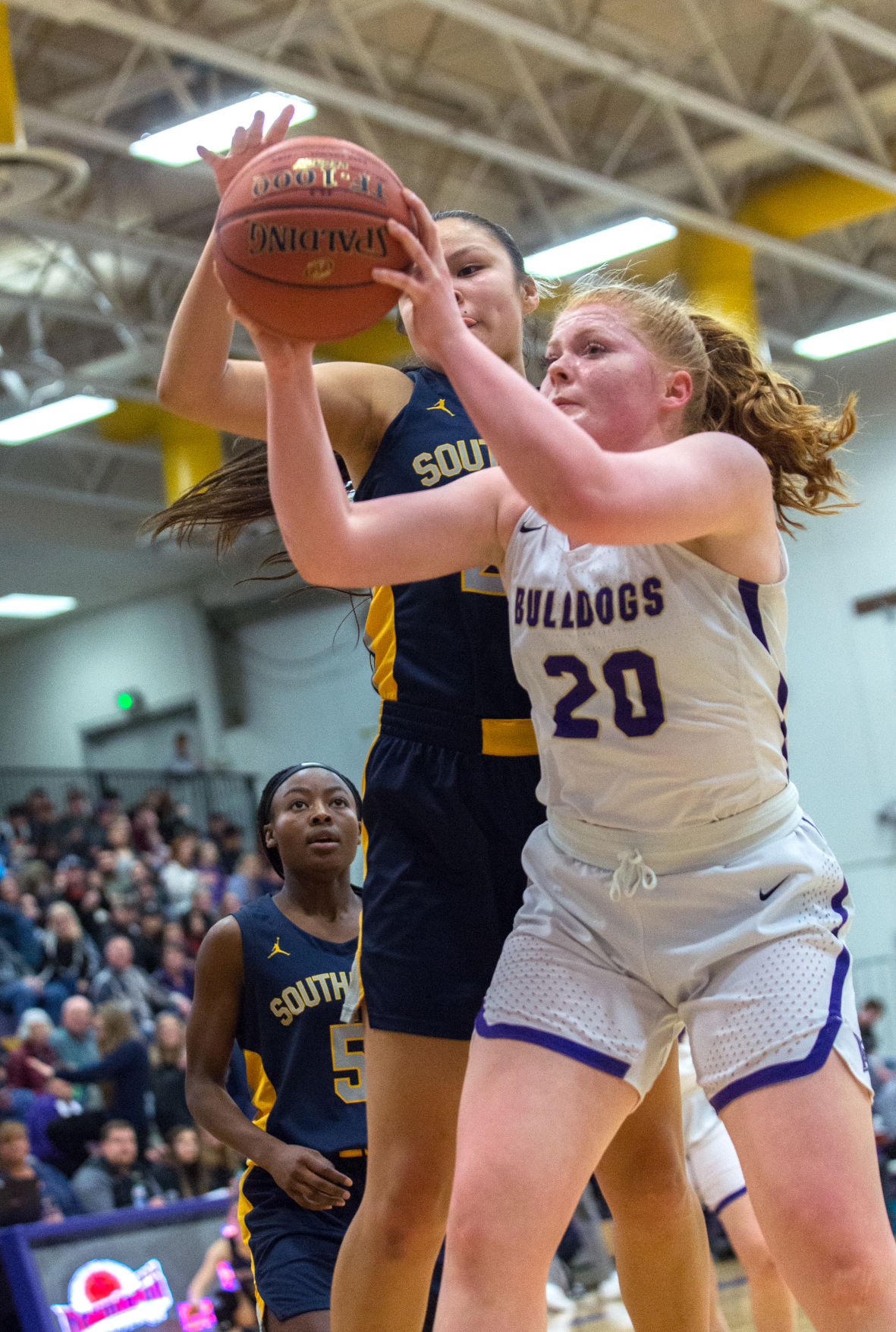 Hermiston’s Kendall Dowdy (20) grabs a rebound away from Southridge’s Nadine French during Friday’s game at the Dawg House. 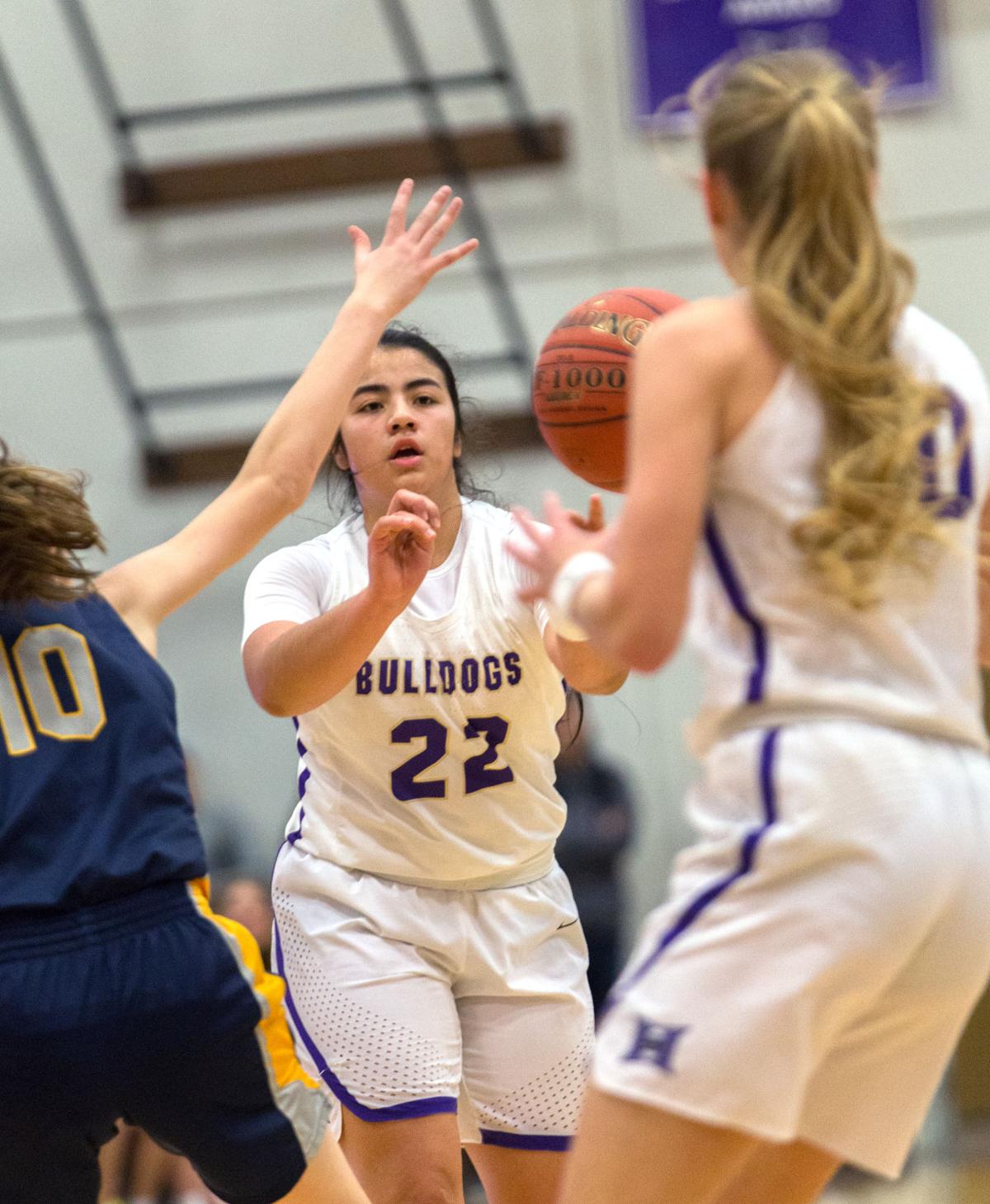 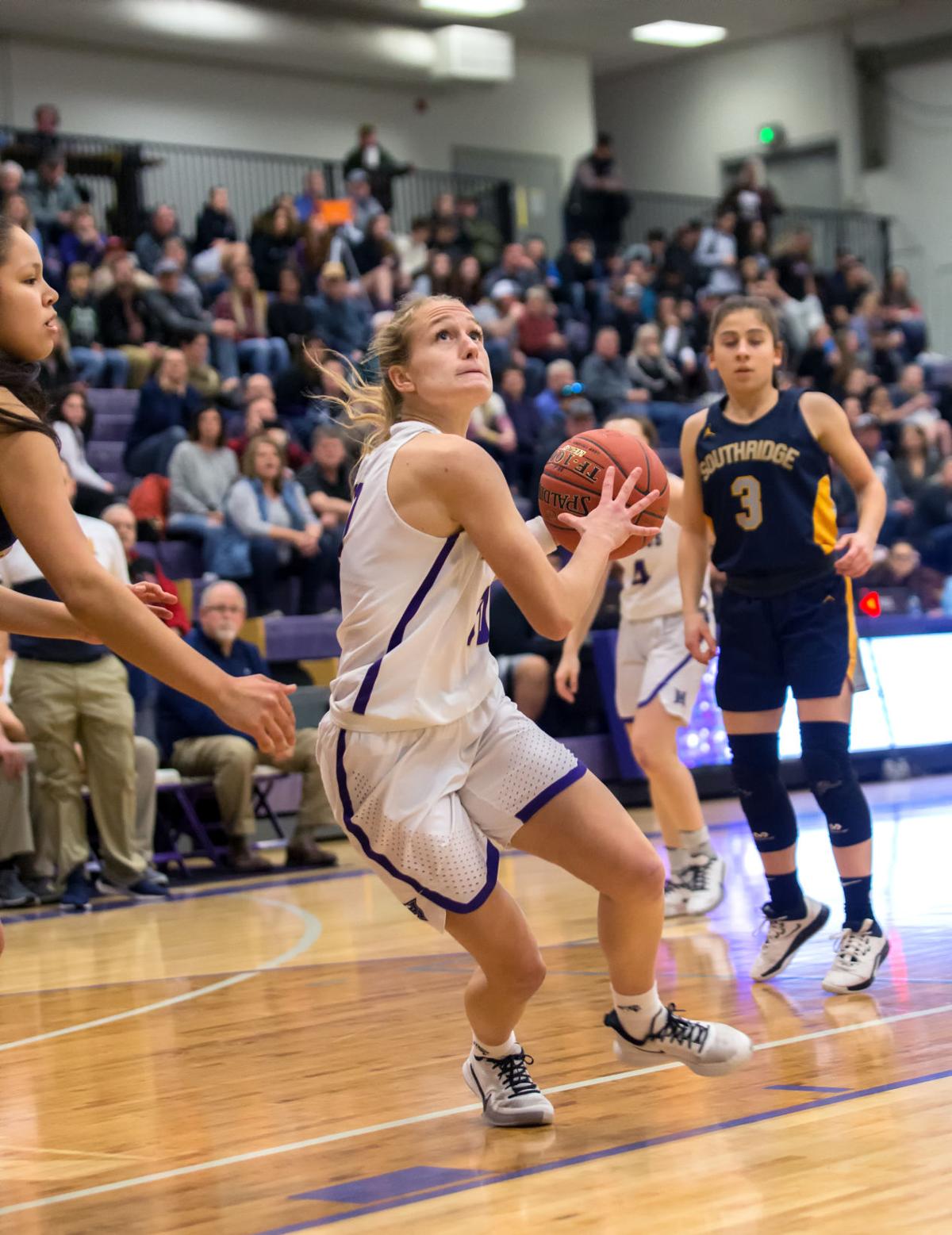 Hermiston’s Jayden Ray goes to the hoop during Friday’s game against the Southridge Suns. Ray finished with 12 points. 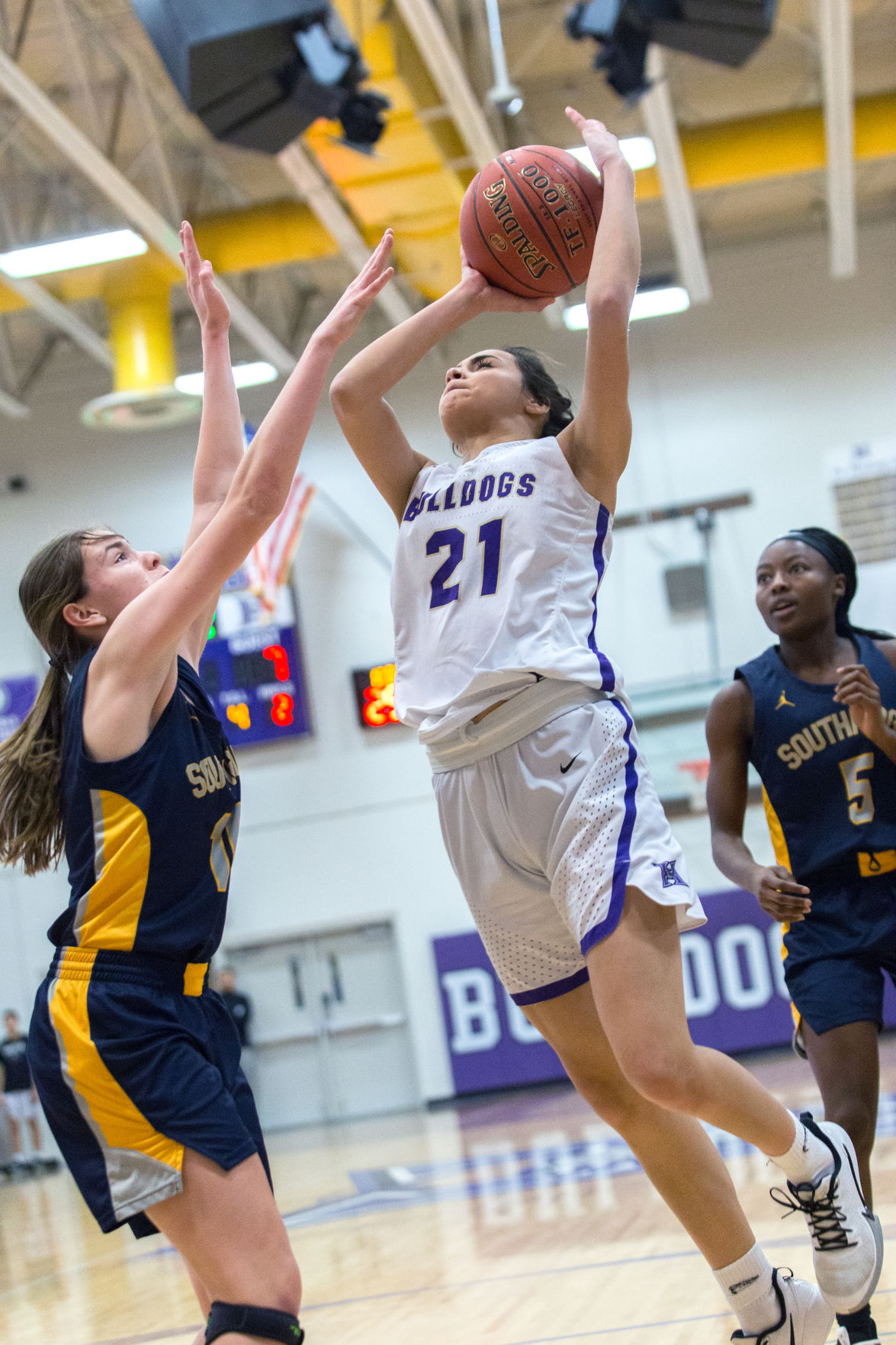 Hermiston’s Mia Hernandez (21) goes to the hoop during Friday’s game against Southridge.

Hermiston’s Kendall Dowdy (20) grabs a rebound away from Southridge’s Nadine French during Friday’s game at the Dawg House.

Hermiston’s Jayden Ray goes to the hoop during Friday’s game against the Southridge Suns. Ray finished with 12 points.

Hermiston’s Mia Hernandez (21) goes to the hoop during Friday’s game against Southridge.

Jayden Ray has struggled with her shot the past few games, but Friday night, she was on target.

The Hermiston junior scored a game-high 12 points, and added five rebounds, to lead the Bulldogs to a 52-29 Mid-Columbia Conference win over Southridge.

“Seeing Jayden attack and finish strong was awesome,” Bulldogs coach Maloree Moss said. “I’m super proud of our defensive effort in the first half — that propelled our offense in the first quarter.”

The Bulldogs (9-6, 6-5 MCC) came out on fire in the first quarter, with Ray scoring the first eight points of the game.

The Suns got on the board with a bucket from Darline Connors, but a 3-pointer from Jazlyn Romero made it 11-2 with 3:51 left in the quarter.

Katelyn Heideman scored back-to-back baskets for the Bulldogs for a 15-2 lead, and Ray scored inside with 45 seconds left for a 17-7 advantage.

Romero had the last word, drilling an NBA-range 3 to give her team a 20-7 lead.

“Getting back in the groove feels good,” Ray said. “It was a good home game for us. We had a big win Tuesday (over Pasco) and we knew we had to keep that momentum going.”

Southridge had a 7-6 advantage in the third quarter, but it did not make a dent in the deficit as the Bulldogs held a 32-14 lead.

The Suns scored their first basket of the third quarter — a 3-pointer by McKenna Crum — with 3:44 remaining. It was their first points since the first quarter with 1:52 left on the clock.

“We lost a little bit of focus, but we were able to pull out the win,” Moss said. “We got a lot of players in; it was a team effort.”

Alexis Kessell came off the bench to score four of her six points in the fourth quarter, Kendall Dowdy added four points, and Romero scored five of her 11 points before exiting the game with about four minutes left to play. Romero added eight rebounds and six steals.

All but one of Hermiston’s players scored.

“Our bench is good,” Ray said. “They can carry the energy.”

The Bulldogs got 15 points from their bench, plus a ton of rebounds — eight from Mia Hernandez, six from Kessell and five from Bailey Young.

Connors led the Suns with eight points, while McKenna Crum had seven.