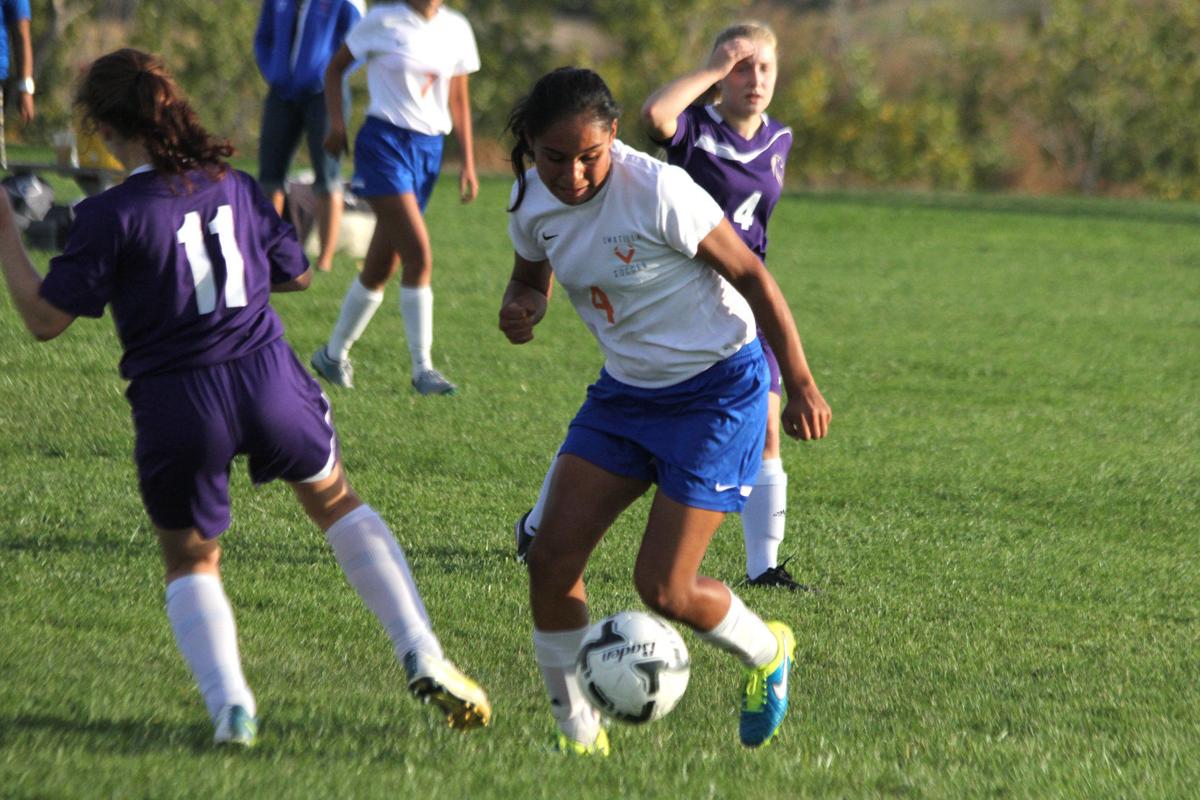 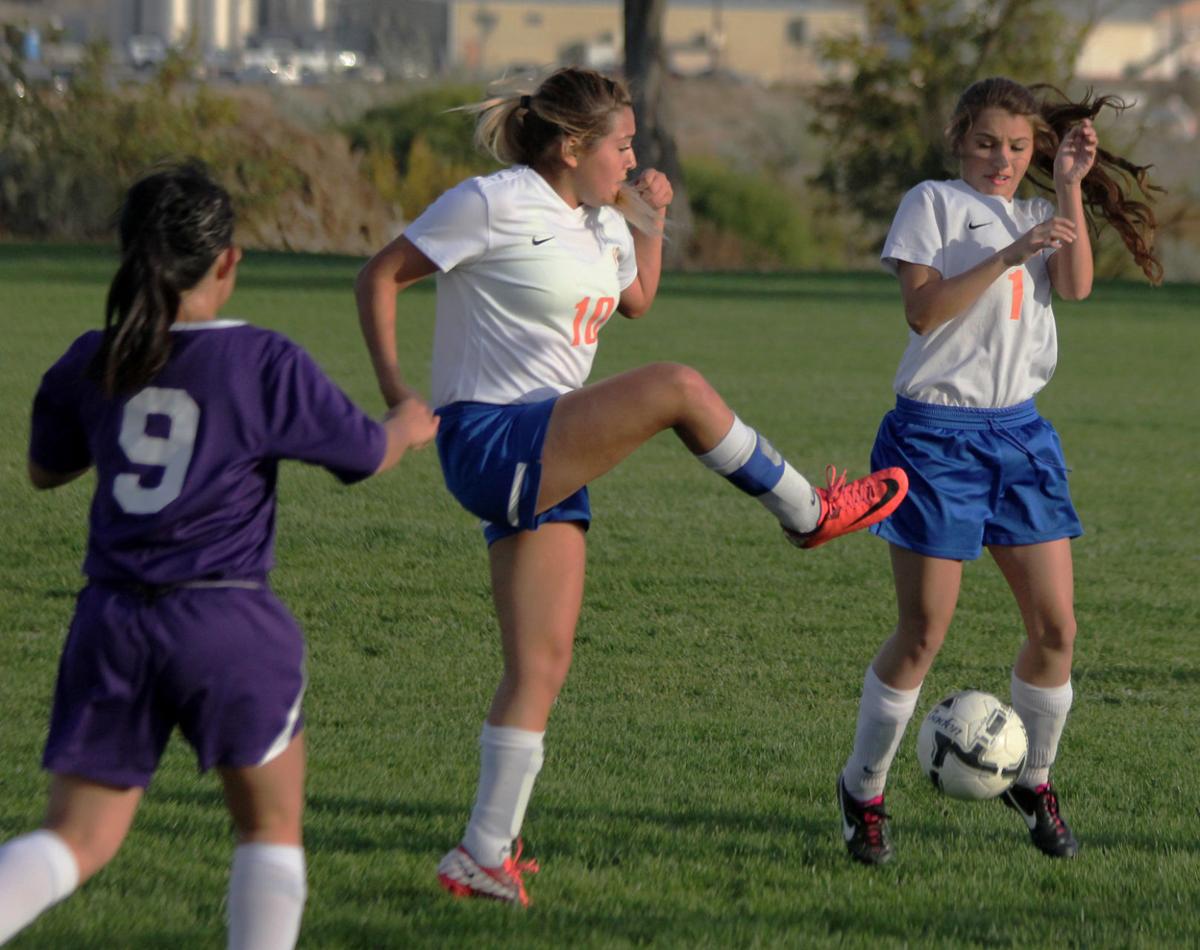 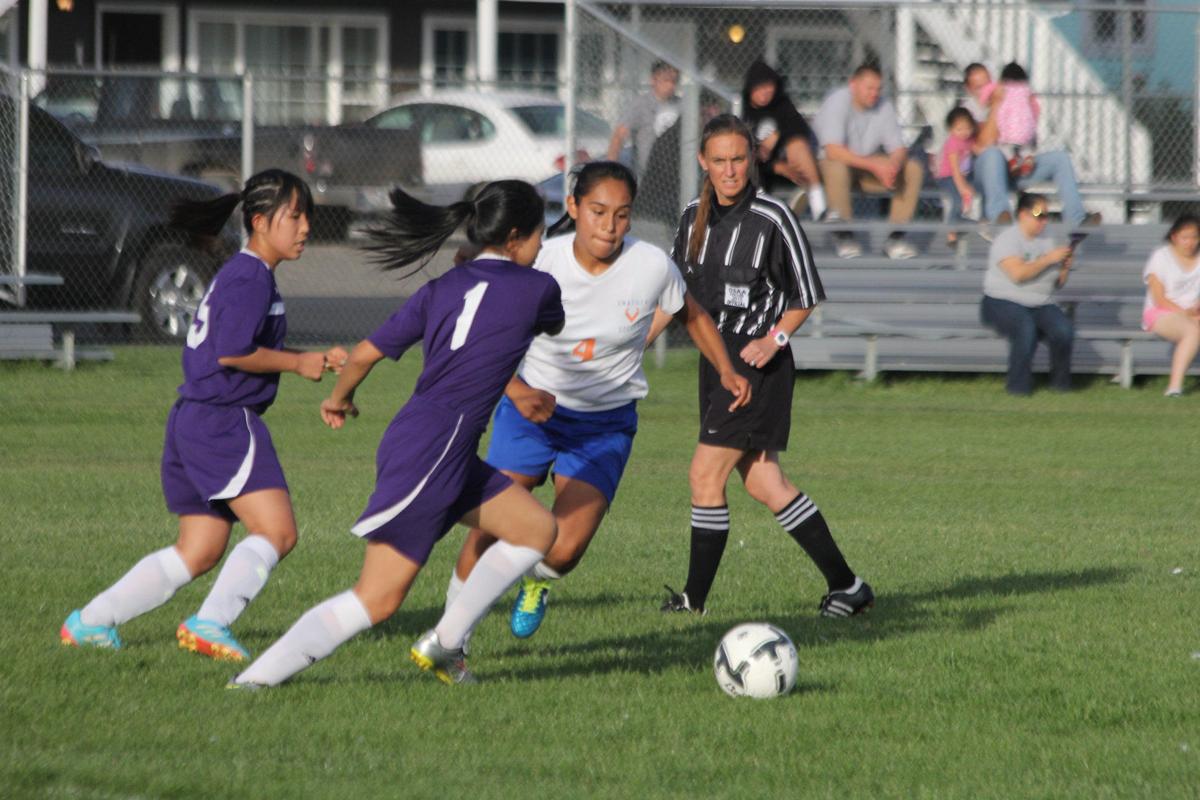 The Umatilla girls soccer team hasn’t lost a league game since a 3-2 home defeat to Portland Christian two seasons ago. But the Vikings were in jeopardy of breaking that streak Thursday against the Portland/Columbia Christian Royals in Umatilla.

Jocelyn Guardado beat Royals keeper Emily Stumetz on a personal play in the 80th minute, and Umatilla salvaged a 3-3 draw. It’s the second-straight 3-3 draw for Umatilla after the Vikings played Riverside to one Wednesday. It’s also the second draw between these two teams. They played to a 1-1 draw in Portland on Sept. 29.

“Today was a tough one mentally just because of the back-to-back games,” Umatilla coach Tim Lee said. “I told the girls we can’t use that as an excuse, but it was there. Fatigue set in in the mind. We went from playing as a team (Wednesday) to playing as individuals (Thursday).”

The late finish was a bright spot of a match that was rather forgettable for Umatilla (3-3-3, 2-0-3). With its second match in as many days, the Vikings had stiff legs. Some told Lee that they weren’t tired, their legs just felt too heavy. Early on, it didn’t seem to matter as the Vikings had multiple scoring chances in the first 20 minutes of the match, though capitalized on just one.

That was in the 4th minute, when, off a long lob that bounced once in the 18, Guardado and Stumetz collided going for the ball. A foul could have been called, but it wasn’t, and the ball fell right to Guardado’s feet, who spun and flicked it into the far corner for a 1-0 lead.

But PCC (4-3-1, 3-1-1) came right back four minutes later when Royals junior forward Jensyn Lown dribbled through the entire Umatilla defense before dumping a pass to Hinata Todoroki who eased it past Vikings keeper Genesis Lugo for the equalizer.

“It was a soul-searching game,” Lee said. “You need these games where you play crappy to get better. That’s when you go back to the drawing board and figure out what needs fix.”

But Umatilla came out flat, Lee said, in the second half, and the Royals jumped on the Vikings quickly. Michaelyn Allen knocked in a rebound in the 48th minute to take a 2-1 lead, then Lown made a personal play in the box in the 50th minute and beat Lugo for a 3-1 lead.

At about this time, with Umatilla’s non-verbal communication at its worst, Lee implored his team to not give up. He told them there was plenty of time on the clock — about 30 minutes of game time — and to just play the game. Shortly thereafter, senior midfielder Diana Lemus went down with an apparent ankle injury.

This paused the match for ten minutes or so, giving both teams a chance to take a breath. Lee said that moment helped to galvanize the Vikings at a time when they weren’t playing good soccer.

“I think the injury to Lemus was a focusing point,” Lee said. “It was a time to refocus and a time to think about what was at stake.

From there, Umatilla poured on the pressure. PCC couldn’t sustain any offensive attacks, and Umatilla was getting good opportunities on its through passes, though most of them were inaccurate and claimed by Stumetz.

Then, in the 72nd minute, Umatilla broke through. Guardado beat Stumetz to a through ball and knocked it in to cut the deficit to one at 3-2, then dribbled through the Royals defense and fired one just over the outstretched hand of Stumetz for a top-shelf goal that salvaged the draw and earned her a hat trick.

“The big thing for these girls is to show that anything’s possible. That’s it,” Lee said. “And to show where we fell back. Our lowest point was that third (PCC) goal. But to battle back and actually climb that hill and get back on top and get that point, I’m happy for ‘em.”

New restaurant ventures in the works for Hermiston as pandemic wanes