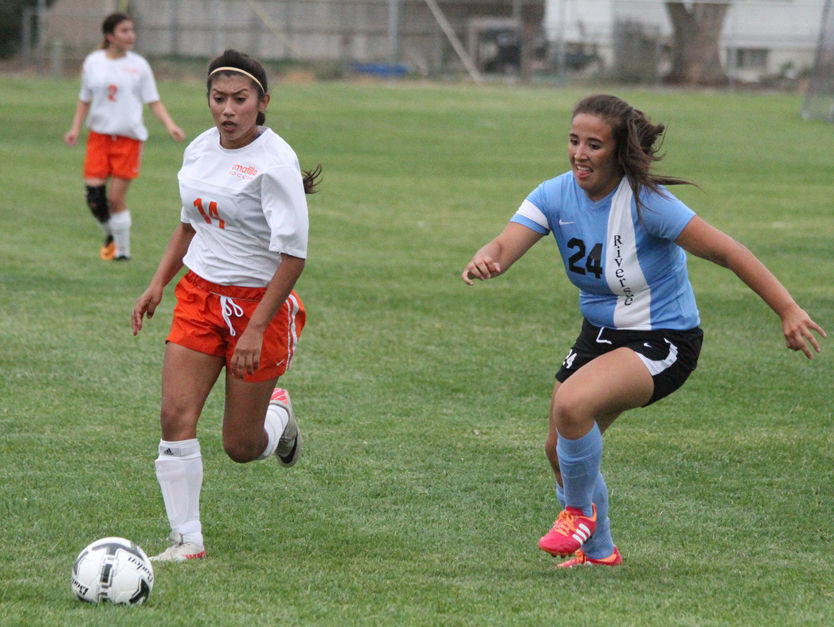 <p>Jackie Barreto of Umatilla dribbles past a Riverside defender during the first half of a 2-2 at Umatilla High School on Tuesday.</p> 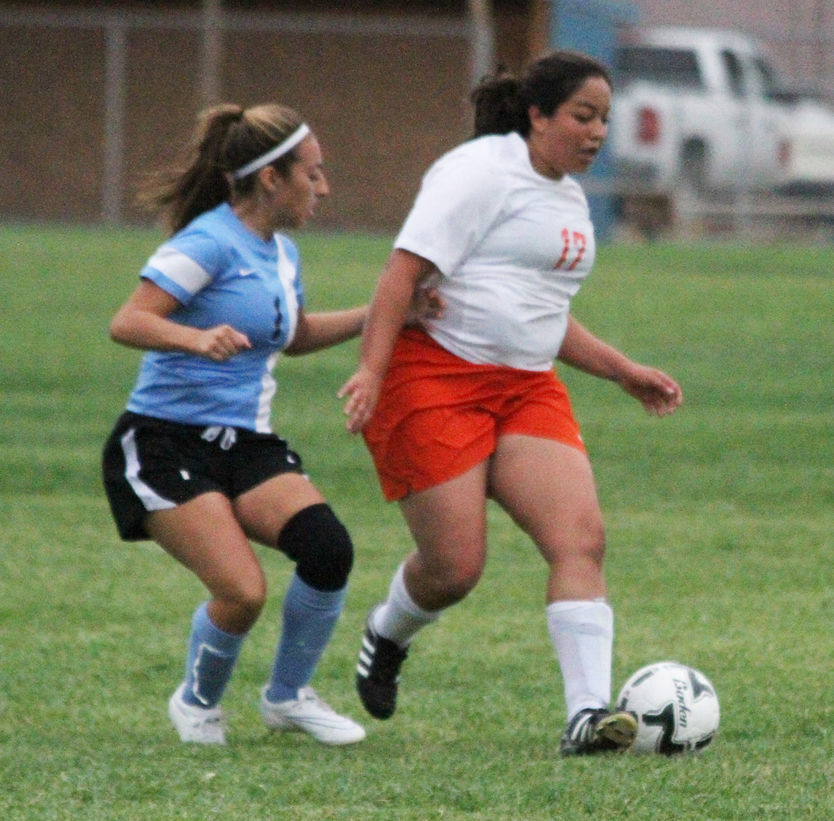 <p>Genesis Lugo fends off a Riverside defender during the Umatilla's 2-2 tie in Umatilla on Tuesday.</p>

<p>Jackie Barreto of Umatilla dribbles past a Riverside defender during the first half of a 2-2 at Umatilla High School on Tuesday.</p>

<p>Genesis Lugo fends off a Riverside defender during the Umatilla's 2-2 tie in Umatilla on Tuesday.</p>

It was a tale of two halves for the Umatilla girls soccer team Tuesday afternoon against Riverside.

They gave up two goals late in the first half but responded with two of their own early in the second half to salvage a 2-2 tie in the Eastern Oregon League opener for both teams.

Just the desire (was differnt), Umatilla coach Tim Lee said of the second half. A lot of what we were missing was upstairs. We wanted to come into this game and play hard, but the girls just didnt have the attitude as a team in the first half. (There was) a lot of individual play out there.

The first half was played mostly in Umatillas end, and four-year starting goalkeeper Anabel Moreno had to work hard to keep the damage limited to just two goals. She had nine saves on 11 shots on goal in the first half to keep Riverside (1-2-1. 0-0-1 EOL) in striking distance.

The offense was largely stangnant, though. They had chances, but overdribbling and not linking together passes couldnt get the Vikings any good looks at the net.

Riverside netted shots in the 27th and 29th minutes to take the 2-0 lead going into half.

During the break, Lee told his team that a 2-0 deficit isnt much to come back from, and if they play (their) game, good things would happen.

Plus, the offense got going.

Diana Lemus put drove home Umatillas first goal, assisted by Genesis Lugo, in the 44th minute, and Jocelyn Guardada scored the equalizer on a rebound in the 48th minute after Celeste Rodriguezs shot was saved.

Late in the second half, Umatilla had a few good chances, but couldnt get the go-ahead goal into the net.

Thats exactly what you want, Lee said. Unfortunately we werent able to get that last one, but we started clicking there at the end  and you could definitely tell. Our defense didnt have to do too much work, and we just have to take the positives and move on to the next one and put this one behind us.

Umatilla continues league play with a matchup against Portland Christian School in Umatilla on Thursday, Sept. 25. Kickoff is at 4 p.m.