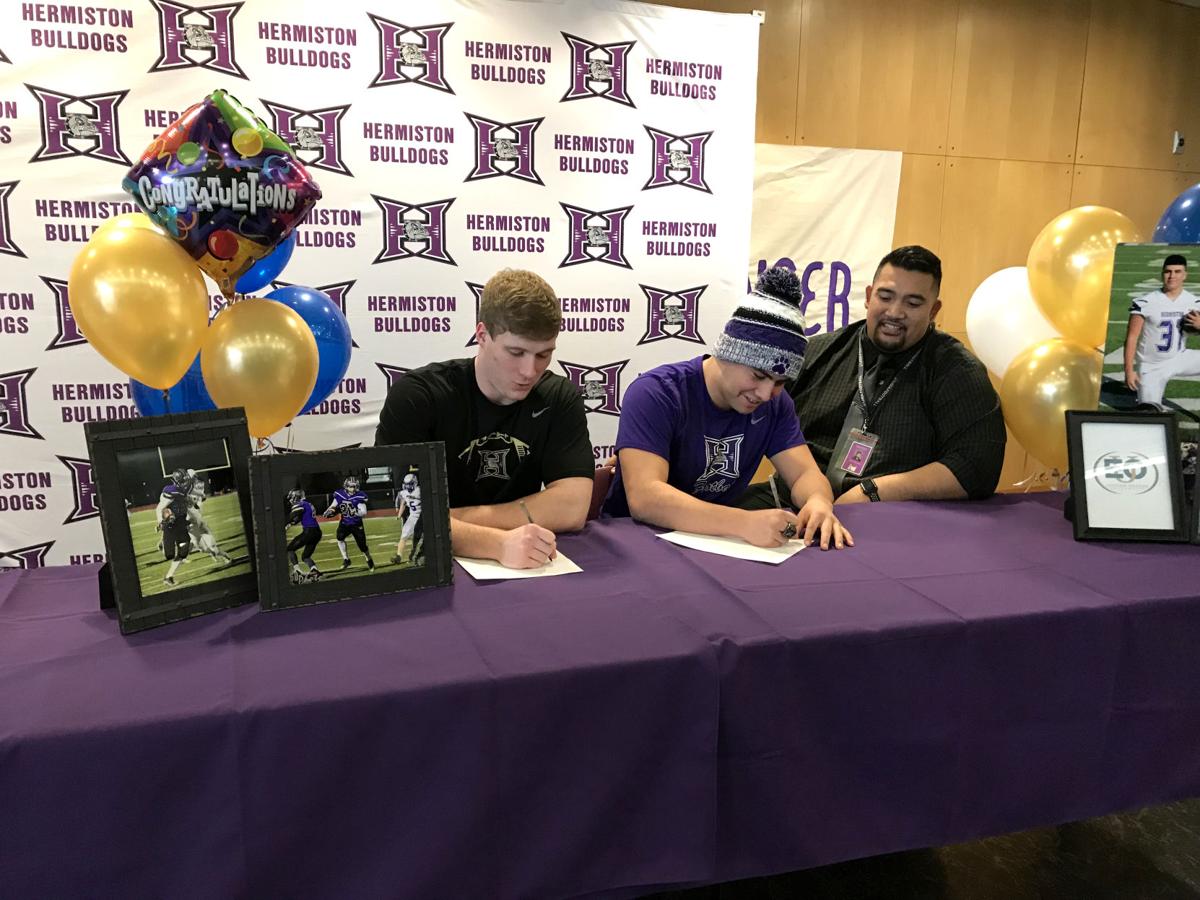 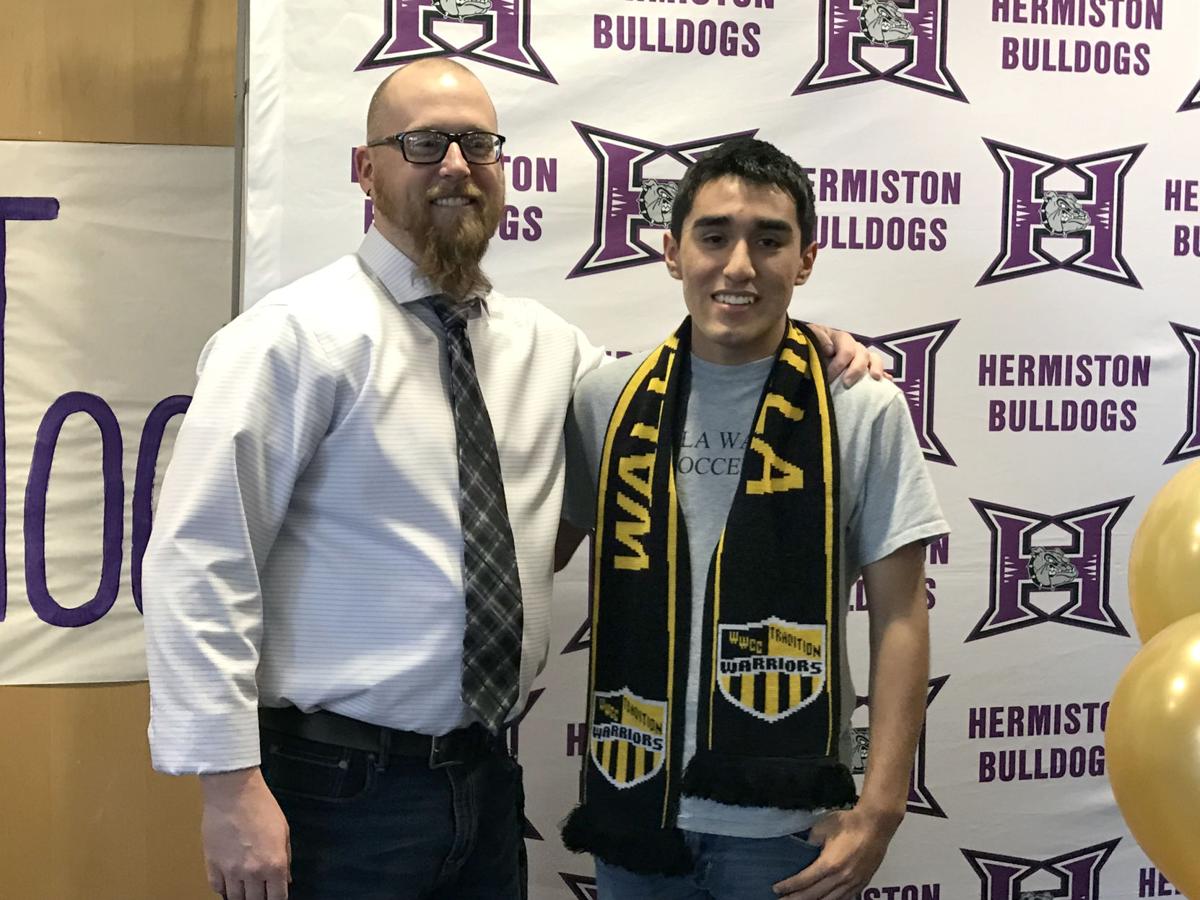 HERMISTON — After a championship season, and arguably the best games of their careers, the senior duo of Joey Gutierrez and Jonathan Hinkle will continue playing football at Eastern Oregon University next year.

On Tuesday, joined by Hermiston soccer player Antonio Campos, they signed their letters of intent alongside their respective coaches in the main commons at Hermiston High.

It was a dream come true for all three athletes, who shared the moment with family, friends, and classmates.

Gutierrez earned all-state honors for his efforts as a defensive back this with 70 tackles and six interceptions. Joining on the first-team all-state was a number of other Bulldogs, including Hinkle, who as a linebacker ended the year with 122 tackles and four interceptions.

Having the pair stay together was in the works, Hinkle said.

As for the final decision, Gutierrez said it was the sales pitch he received on Signing Day that sealed the deal.

The Mountaineers are coached by Tim Camp, who has been with the since 2008 and accumulated a 57-43 record.

For Campos, his ability to play soccer at the collegiate level almost came to a screeching halt in his final year at Hermiston.

During the 2017 season, the reliable goalkeeper suffered from a torn ACL and his hopes for play after high school were dimmed.

“Right when I got hurt, I had an idea that I didn’t think this was going to be good and I knew I might be out for a while and the first thing that popped into my head was, ‘Am I going to play at the next level,’” Campos admits.

But Walla Walla Community College head coach Ben Robert say his potential, and spoke highly of him via the team’s Twitter account.

“Antonio is a quality goalkeeper that has proven his ability to keep clean sheets,” Robert said. “Antonio possess a great amount of athleticism to make top-class saves. He is also extremely technical with his feet allowing us to play through him and out of the back.”

He’s been working on those skills since his freshman season when former head coach Rich Harshberger came him a shot on varsity.

“He brought me in as a freshman and gave me a starting position right away,” Campos said. “He really built my confidence up and brought me to the level I’m at right now.”

While at Walla Walla, Campos will pursue a business and marketing degree.

Gutierrez will be working toward an exercise science major and business minor, and Hinkle will work toward a goal of eventually becoming a P.E. teacher.