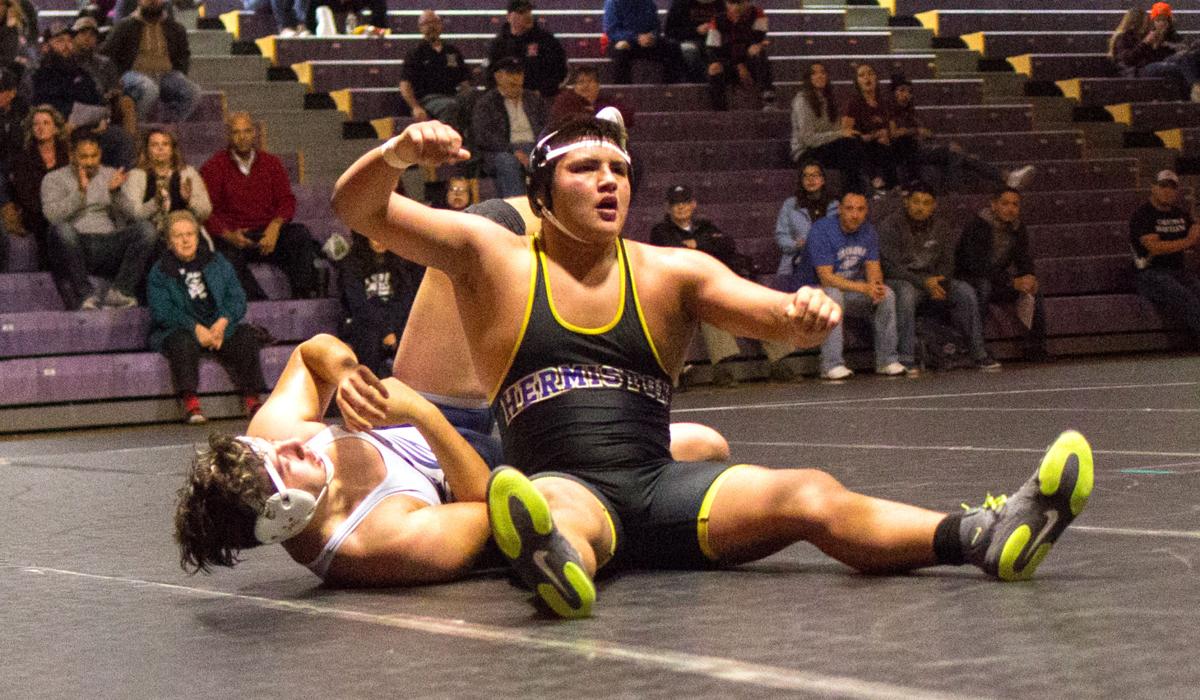 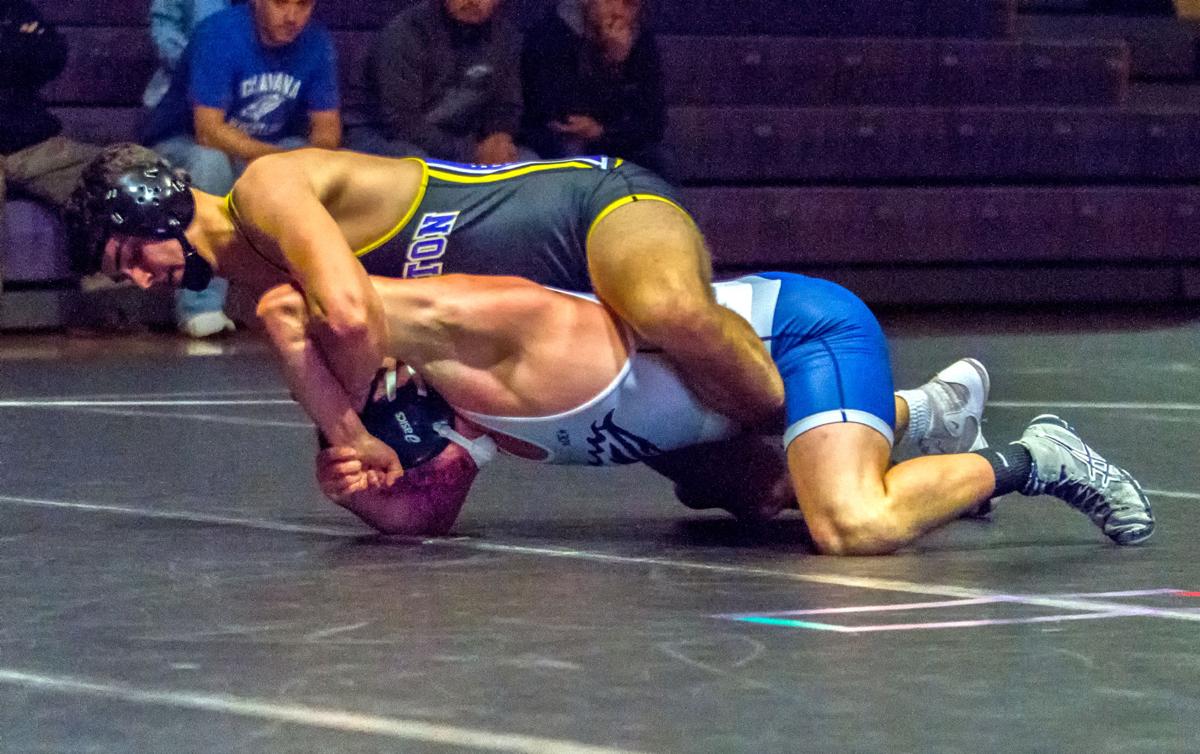 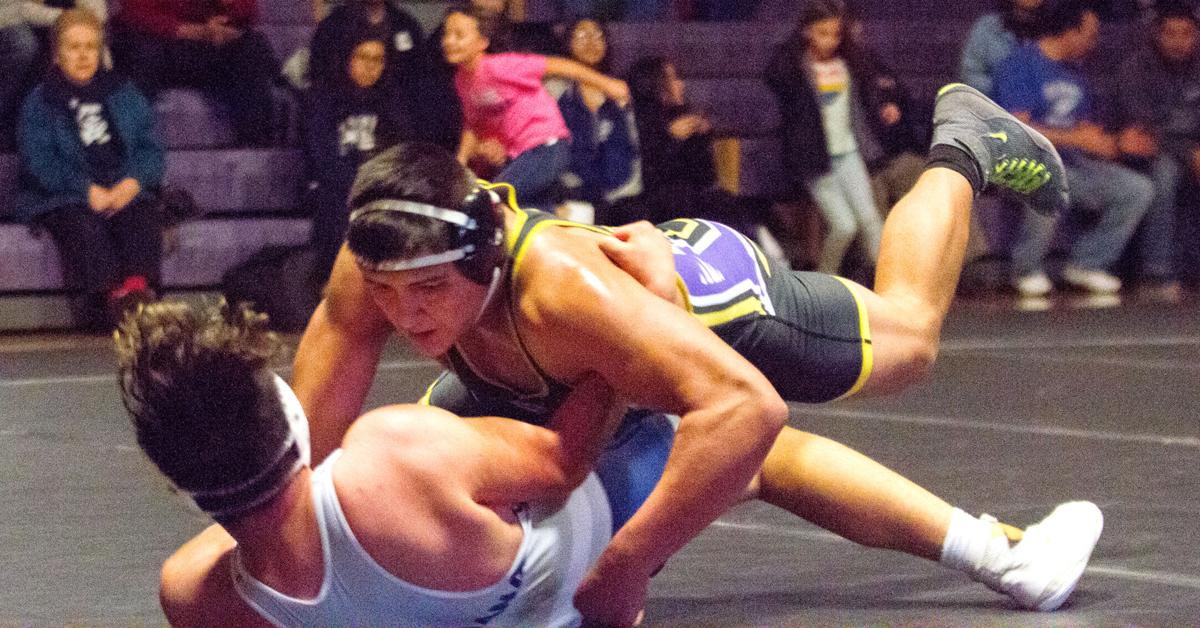 Chiawana is every bit as good as its No. 1 ranking.

The Riverhawks won 12 of 14 matches Thursday night in handing Hermiston a 66-8 Mid-Columbia Conference loss at the Dawg House.

“We wrestled them like they are the 4A state champions,” Hermiston coach Kyle Larson said. “We were timid. A number of the matches, they were better than us, but not like the score shows. We have to move on.”

It was the first MCC dual of the season for Chiawana, and coach Jack Anderson liked what he saw from his team.

“I’m excited for this team,” Anderson said. “They have been working their tails off. They love the sport, and they love to compete. It’s fun for us to come down and compete against a storied program like Hermiston. They have a great community.”

The Bulldogs (1-1 MCC) were a little short-handed Thursday with Zayne Helfer not making weight, and Jordan Franklin injured, but they had a full lineup with a couple of young wrestlers in the mix.

In the marquee match of the night at 170, Hermiston’s Trevor Wagner took on Riley Cissne. Both placed fourth at state last year in their divisions, and their match did not disappoint.

Wagner had a 6-3 lead after the first round, but Cissne turned the tables in the second with a takedown and 2-point near fall to tie the score at 7-7. An escape by Wagner gave him an 8-7 lead heading into the third round.

Cissne again tied the match with an escape, but Wagner took Cissne down with 31 seconds left in the match, then added a 2-point near fall for a 12-8 victory.

“I knew he was good,” Wagner said. “I fell to him the final seconds last year. I came out a little flat footed, but once I got into a groove, I started wrestling my match. When you can beat one of the top guys in the state, it feels good.”

Anderson had nothing but praise for Wagner.

“That kid is dangerous,” he said. “He is fun to watch wrestle, just not against my guys. It was an awesome match. Riley knows what he needs to work on and will come back and be better next time.”

Pins by defending state champions Tyson Stover (182) and Isaiah Anderson (195) gave Chiawana a 30-3 lead, putting the match out of reach.

Hermiston got back in the win column at 220, as sophomore Sam Cadenas earned a 17-1 technical fall over Cayetano Talavera.

“I underestimated his speed and strength,” Cadenas said of leading just 4-0 after the first round. “I knew if I could get a leg I could take him down. I had to block some shots or I would have gone down.”

The Riverhawks ran the table from 106 to 138, getting four pins in the final six matches.

“We weren’t consistent or disciplined,” Larson said. “We have to be more disciplined as a team in all aspects of life.”