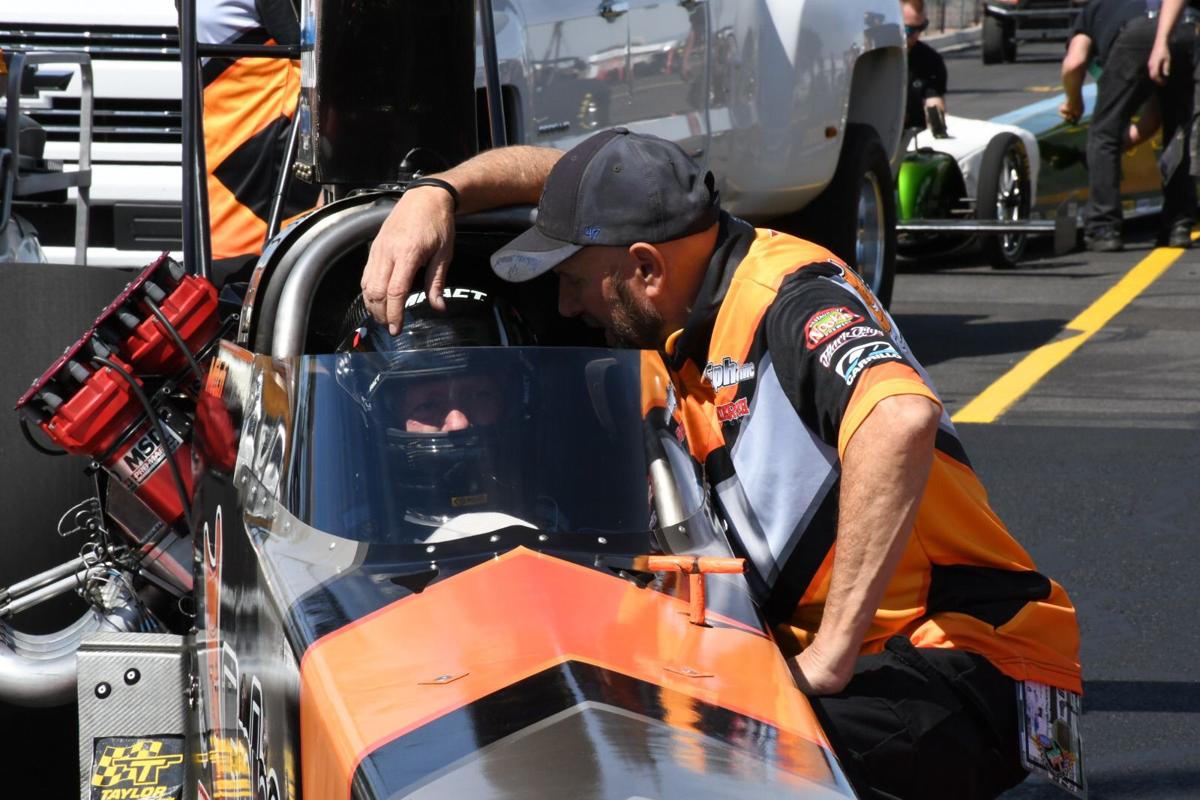 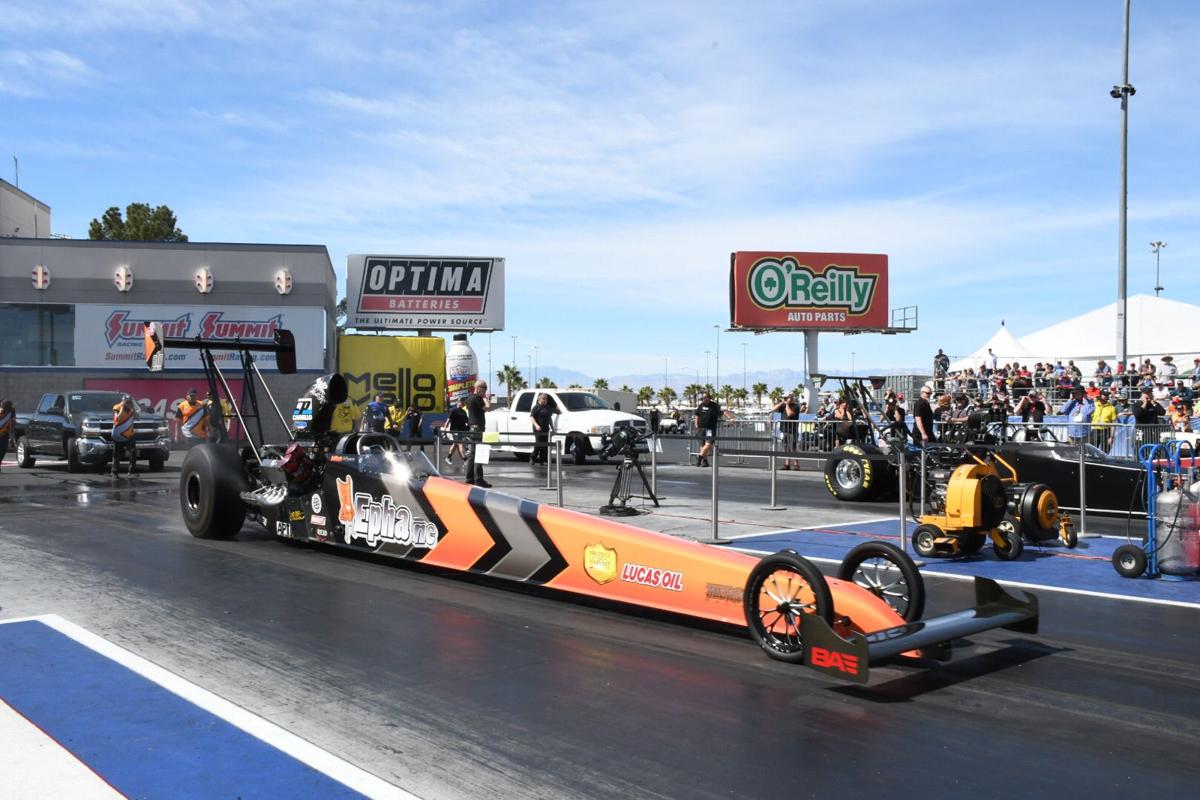 In 2004, Mitch Myers set a world record with his elapsed time of 5.10 seconds as he crossed the finish line to win the National Hot Rod Association Finals in Pomona, California. Then, he retired.

He was quick to step away from the sport, returning to his hometown in Hermiston to focus on his various business ventures. Nowadays, he owns and operates the Nookie’s sports bar, Hermiston Brewing Company, and hose protector manufacturer EPHA, Inc.

Larry Miersch, head of the Southern California-based Larry Miersch Racing, and crew chief Jim Rizzoli convinced him to come out of retirement and take the wheel once again. Myers is now in the midst of a 10-race deal with Miersch, and next week will drive Miersch’s A/Fuel nitro dragster in its only Pacific Northwest showing of the year — at the Seattle International Raceway’s Northwest Nationals.

“Racing is a family,” Myers said. “We’re all friends in the drag racing community. We all know each other. Over the years, I got asked to drive for other people a lot, but I just didn’t. I made a good spectator. Larry kept saying, ‘Come drive my car, come drive my car.’ He reached out to me one more time last year and ... we put together a deal.”

With associate sponsorships at Lucas Oil and Protect the Harvest, the help of his pit crew, and the undying support of his wife Tina Orton, Myers has competed in four hot rod races so far this year. He qualified 12th place in Las Vegas — his comeback race — ninth in following race, then went on to take home eighth and sixth-place finishes,

The birth of a racer

Myers was born in The Dalles, but was raised in Hermiston. His father Bill drove race cars, and that’s what gave Myers his need for speed.

“I grew up sitting in my mom’s lap watching (my dad) race,” Myers recalled. “I’ve been around it for a while.”

Myers spent his early years racing along the back roads of Hermiston. He would eventually race in local circuits before taking his skills to the national level. He said his father and his mother Sylvia would attend all of his races, but they won’t be able to attend next weekend’s big competition.

“I wish my parents could be at the race,” Myers said. “It’ll be what I miss the most.”

Most drag race records are broken by 1/1000s of a second, Myers said. In 2004, he broke his by 2/10s. He accepted his Top Alcohol Dragster trophy, and stepped out of the spotlight.

The achievement earned him a cover story in an issue of National Dragster magazine and a world championship ring, courtesy of the NHRA, presented in Hollywood.

But, why would he leave at the height of his powers?

The NHRA altered the rules for injected nitro-burning combinations after his win. First implemented in 2005, the new regulations now give drivers a maximum of 95 percent nitro to fuel their cars with, instead of 100 percent.

And as the rules changed, so did Myers’ walk of life. He spent the last 15 years maintaining his businesses in the Hermiston area. For a while, he had no intentions of returning to the cockpit.

“I felt like the stars had aligned,” Myers said. “You have to be serious about these cars, because you could die in one. If I didn’t feel like we had the team, parts, knowledge, and ability to win, I wouldn’t do it.”

Myers spent the majority of his racing career driving his own cars, but for his comeback, he’s driving one of Miersch’s.

“These nitro cars shake the earth,” Myers said. “You can’t breathe, and your eyes start to burn. It’s a spectacle. Everyone should see it at least once in their lives.”

With a new set of wheels in tow, Myers’ return to the world of racing has been met with success. And there’s plenty of science that goes into every finish, whether it’s the humidity, temperature, or elevation. Every bit of data is crucial in calculating the next win.

“The cooler it is (outside), the faster the car runs,” Myers said. “The hotter the air, the less oxygen there is. We rely a lot on the weather. I expect Seattle to be right close to 80 degrees.”

On Tuesday, Myers is hosting a sendoff in the Nookie’s parking lot before he departs for the Northwest Nationals. The event will feature live music, food, beer, and a few local hot rods, including the vehicle Myers will drive in Seattle.

And after that, it’s off to the races.

Qualifying for the Seattle-hosted showdown begins on Friday and Saturday morning, with one-round eliminations taking place on Saturday evening and Sunday. The race is set to air on FS1 a week later.

Myers has more races to attend in Indianapolis and Brainerd, Minnesota. Although his deal only entails 10 races, a second retirement isn’t in the books just yet.

“Once you get nitro in your blood, you’ll never get rid of it,” Myers said. “It’s part of the fiber of who I am.”

UCFD1 responds to record number of calls in July