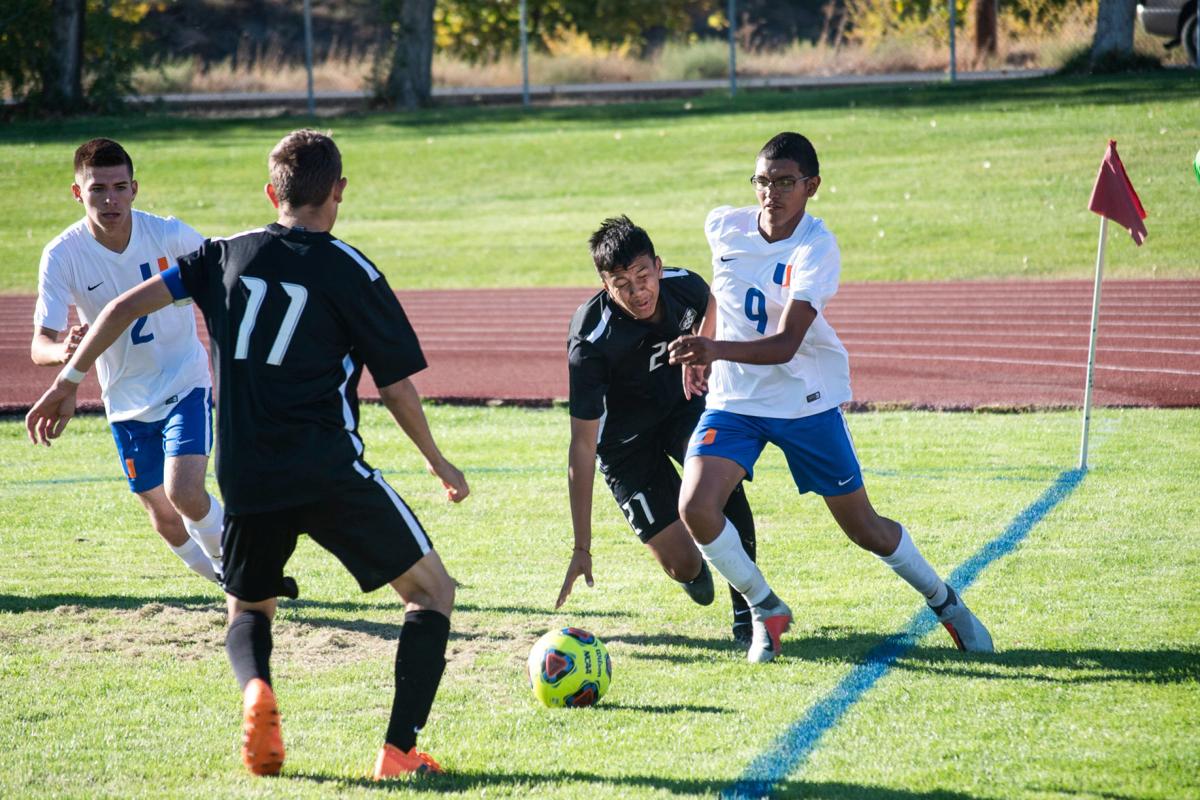 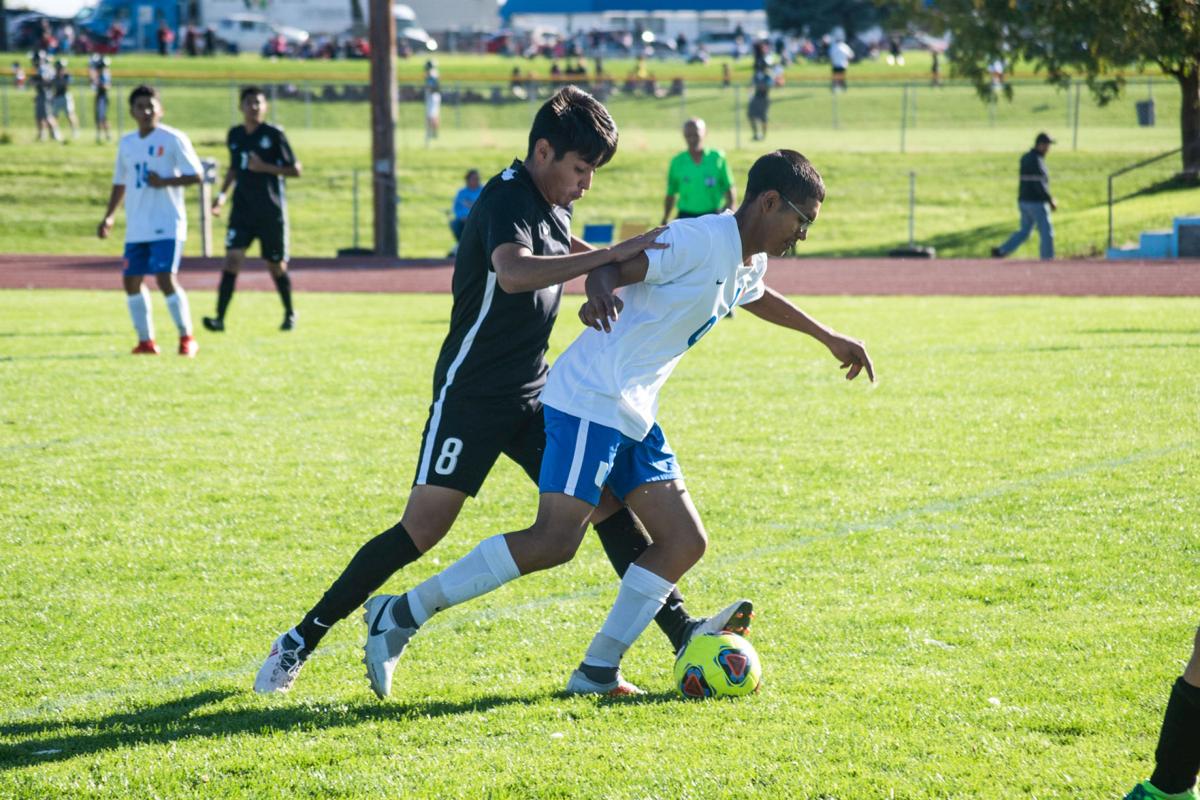 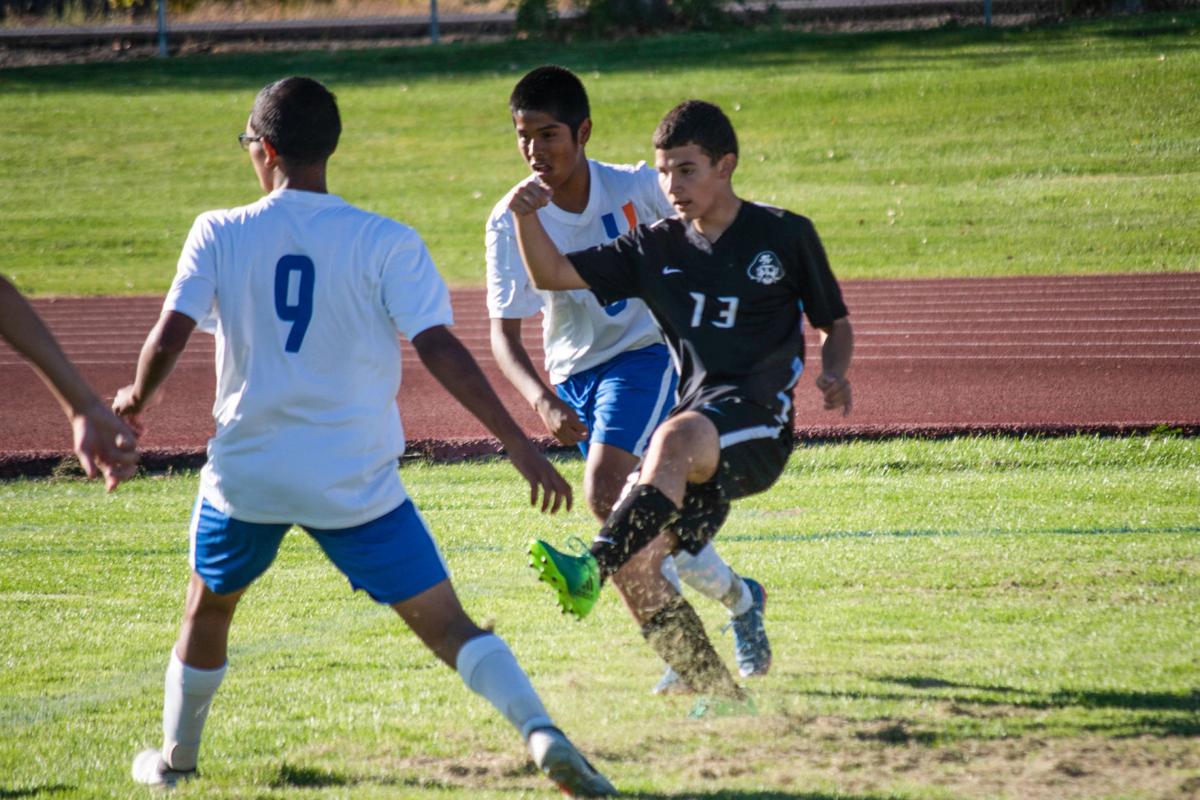 It was a good day to be a Pirate — Riverside beat their rival Umatilla at home on Thursday evening, scoring their first league win.

The Pirates came out with guns blazing, opening the game with a pass from center-mid Ulyses Lopez to Angel Montez, who headed it in for a goal.

“Ulyses is one of our most talented players,” said Riverside coach Francisco Velazquez. “This was a great game for him.”

Lopez played a major role in his team’s win. Throughout the remainder of the first half, he helped put two more points on the scoreboard — one on his own, and another from a penalty kick that he sent straight to midfielder Gerardo Lopez, who kicked it in for the Pirates’ third goal.

The first half ended with Riverside up, 3-0.

The second half saw Lopez attempting several more shots-on-goal, beginning with a pass from Gerardo to Lopez, who overshot the net and sent it flying out of bounds. But the Pirates quickly made up for the miss. Forward Alexis Cambero fired a long-distance kick that made it into the net, just out of Umatilla goalie Saul Salas’ reach.

It would be the last goal of the game, leaving Riverside in the lead at 4-0.

Umatilla coach Pedro Ortiz left frustrated at some of the refs calls and the penalties called on his team, especially the penalty kick that scored Riverside their third goal.

“Outside of that, some of our players still need work,” he said. “Our wings need to learn how to play back and forth, and make passes. They’re freshmen — high school soccer is a lot different than the AYSO.”

Riverside faced similar issues. The majority of their varsity team graduated last year, leaving them with newcomers and freshmen. But that didn’t seem to hinder them much. The Pirates displayed talent both on offense and defense, preventing Umatilla from scoring.

“Today, we talked better, communicated and put goals in when we needed to,” Lopez said after his team’s win. “Our defense really stepped it up.”

The Pirates open their league schedule with a win, and they’re now 4-2-1 overall. They’ll host Nyssa next Saturday, while Umatilla will travel to Four Rivers this weekend.