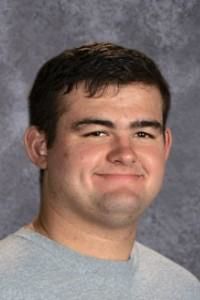 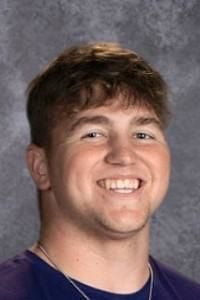 Football season isn’t quite over for a pair of Hermiston offensive linemen.

Chase Bradshaw and Dustyn Coughlin have been invited to play in the Blue-Grey All-American Bowl on Jan. 20 in Arlington, Texas.

“I’m pretty excited for them,” Hermiston coach David Faaeteete said. “I hope they do well and have a good time. I don’t think Hermiston has had a player selected before.”

The game will be played at AT&T Stadium, home of the Dallas Cowboys.

“It was super awesome to be invited, but it’s not cheap to go,” said Bradshaw, who said the trip cost each player about $2,500. “That is the nicest stadium in the NFL. That will be pretty cool.”

Added Coughlin: “We’ve been to the Beavers’ field (at Oregon State), and that is mind boggling,” he said. “It (AT&T) will be crazy. There will be hundreds of college coaches there. You have to give it your all.”

Bradshaw who plays tackle, and Coughlin, a guard, were selected from more than 6,500 players who participated in regional combines during the summer.

Both players have been assigned to the Blue Team.

Players from 22 eastern states and 17 western states will report on Jan. 18. There will be two days of practices and other events before the game.

More than 650 college coaches will be in attendance or will view the game. Over the years, the game has been a recruiting bonanza for college coaches.

Though they will play in front of college coaches next week, Bradshaw and Coughlin will take a recruiting trip to Western Oregon University this weekend before they head to Texas.

Both players have been wrestling since football ended, so they will be in shape come game time.

Coughlin, who tips the scales at 300-plus pounds during football, is down to 279. The weight limit for heavyweights is 285 pounds.

“I will be quicker and I will have endurance,” he said.

The Blue-Grey Game has a rich history, with the likes of Patrick Mahomes (Kansas City Chiefs), who played in the game in 2014, and Brett Rypien (Boise State), who played in 2015.

Faaeteete, who played defensive tackle at University of Oregon, said he never got an invite to the Blue-Grey Game, but he did play in the Les Schwab Bowl.

The game will be carried by the Impact Football Network and streamed across the country. Game time is 4 p.m. (PST).