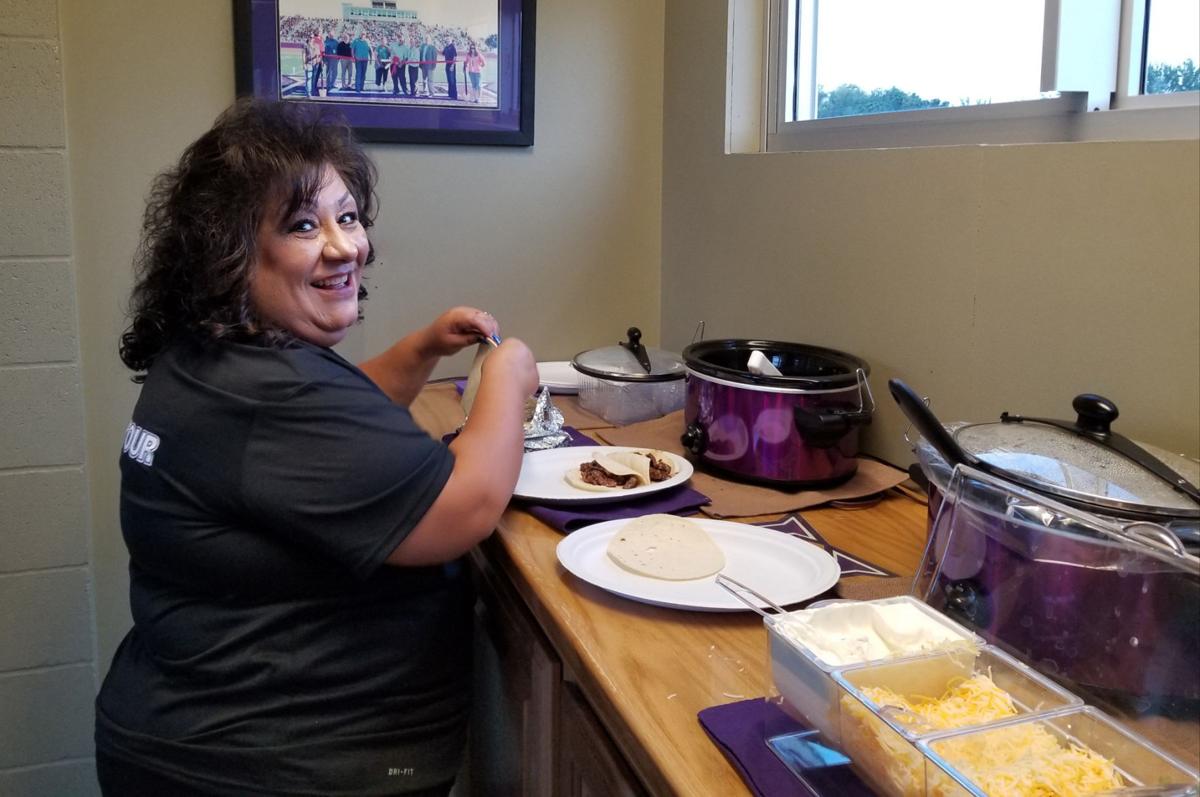 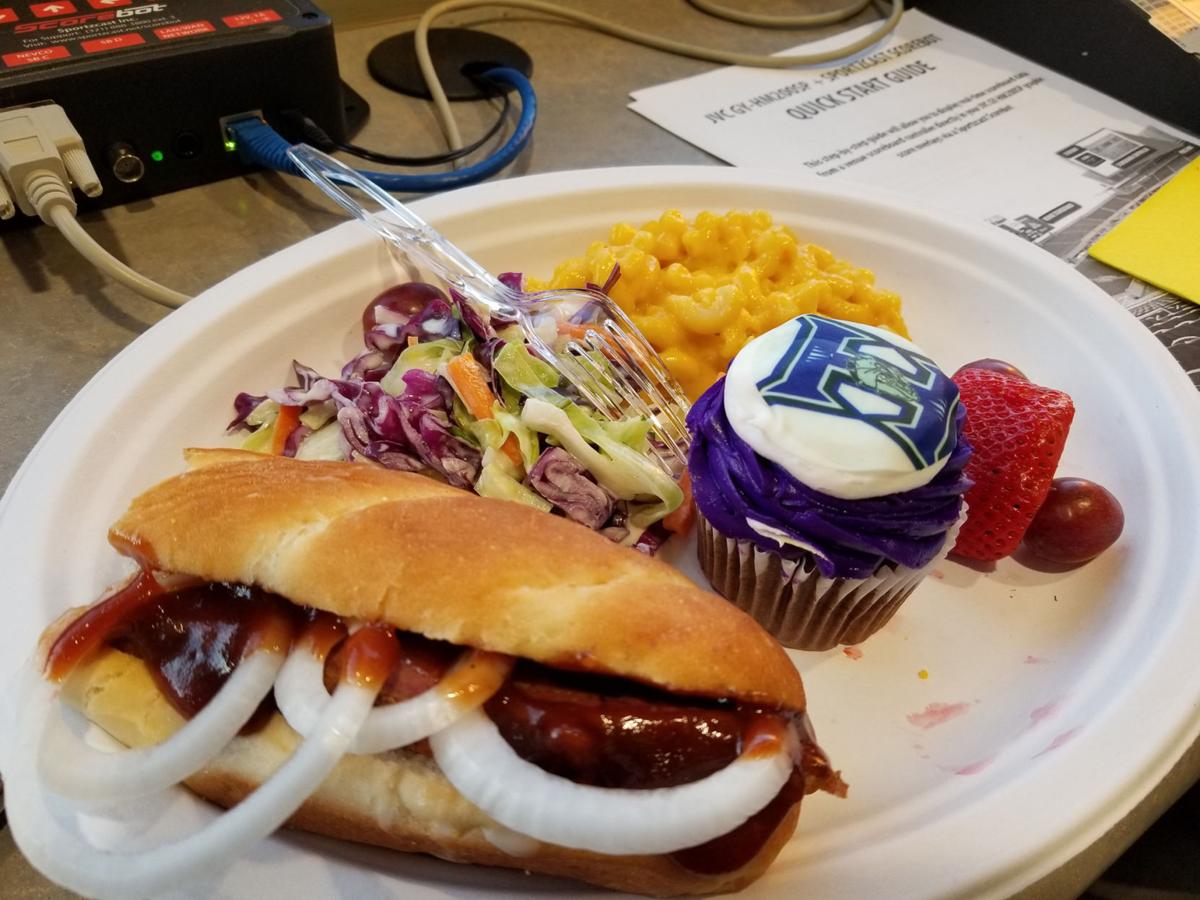 Tri-tip sandwiches, with sides dishes, fruit and dessert were served at the Sept. 7 game against Pasco.

Tri-tip sandwiches, with sides dishes, fruit and dessert were served at the Sept. 7 game against Pasco.

The one thing Oregon teams might miss about playing a football game at Hermiston High School is the post-game meal served by the Linebacker Club.

One man’s loss is another’s gain, as the Mid-Columbia Conference football teams have gladly bellied up to the table and devoured the meal offered.

Pasco, Kennewick and Southridge have partaken in the post-game meal.

“We feed the whole visiting football team after the game,” Linebacker Club member Dennis Barnett said. “Everyone is surprised we do this. In the old IMC, the teams were three or four hours away from home. We have been doing this for five or seven years.”

And just because Hermiston moved to a different league, doesn’t mean things will change.

“We weren’t sure the Tri-City teams would like it,” Barnett said of the meal. “But after Pasco, they all are wanting it. The kids are thankful. When Pasco was here, we had about half the kids come up and thank us and shake our hands.”

“Originally, we were supposed to have street tacos, which we would have been most thankful for,” Templeton said.

Barnett said there is more to the program than just feeding hungry football players.

“We are helping the kids wind down after a game,” he said. “It’s a great thing for the kids and a positive thing about our school.”

The players aren’t the only ones who get fed on game night.

Media, visiting coaches, radio personnel, and the people who run the clock and music also are treated to a meal, which is served by hostess Thelma Mendiola, who is in her second year in the position.

Mendiola, who has worked for the Hermiston school district for 15 years — the past three as the attendance secretary — said she fell into the job when athletic director Larry Usher asked if she would be interested.

“I love doing it,” she said. “We feed about 30-35 people. Week One, the Pasco coaches came to me at halftime wondering if they could have more. And, I make sure the ladies working the ticket booth and the gate are taken care of.”

This is the fifth year the Hermiston Sports Boosters have taken care of the people in the press box, with the help of the Hermiston High Family/Consumer Science program, which helps prepare the side dishes. They also offer a variety of beverages.

“It’s pretty darn impressive,” said Craig West, who was part of the SWX broadcast team two weeks ago. “They should be proud of what they do. What they are doing is first class. It’s the only place I have been to that offers that, and it was really good.”