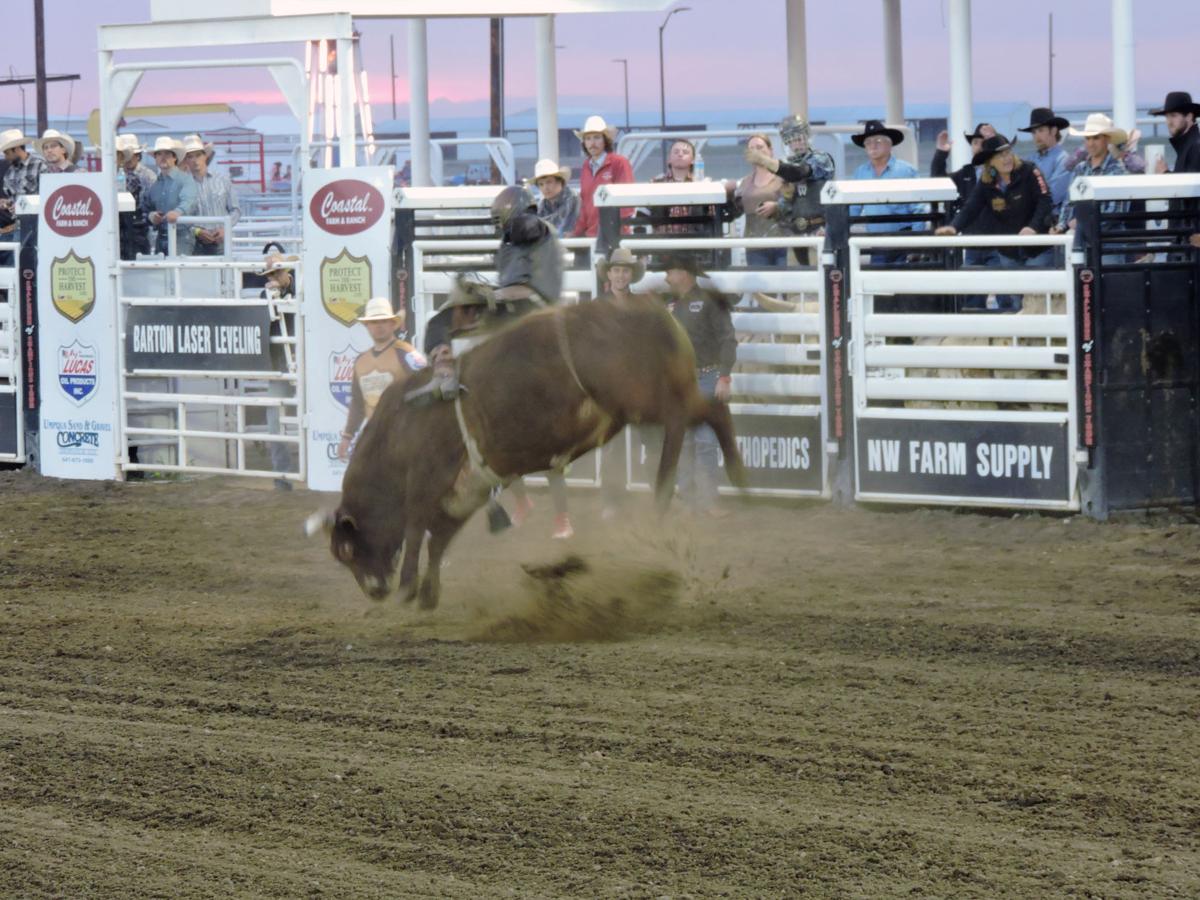 Justin Houston completes one of the only successful rides of the night at the Hermiston stop of the Challenge of Champions tour at EOTEC on Saturday. 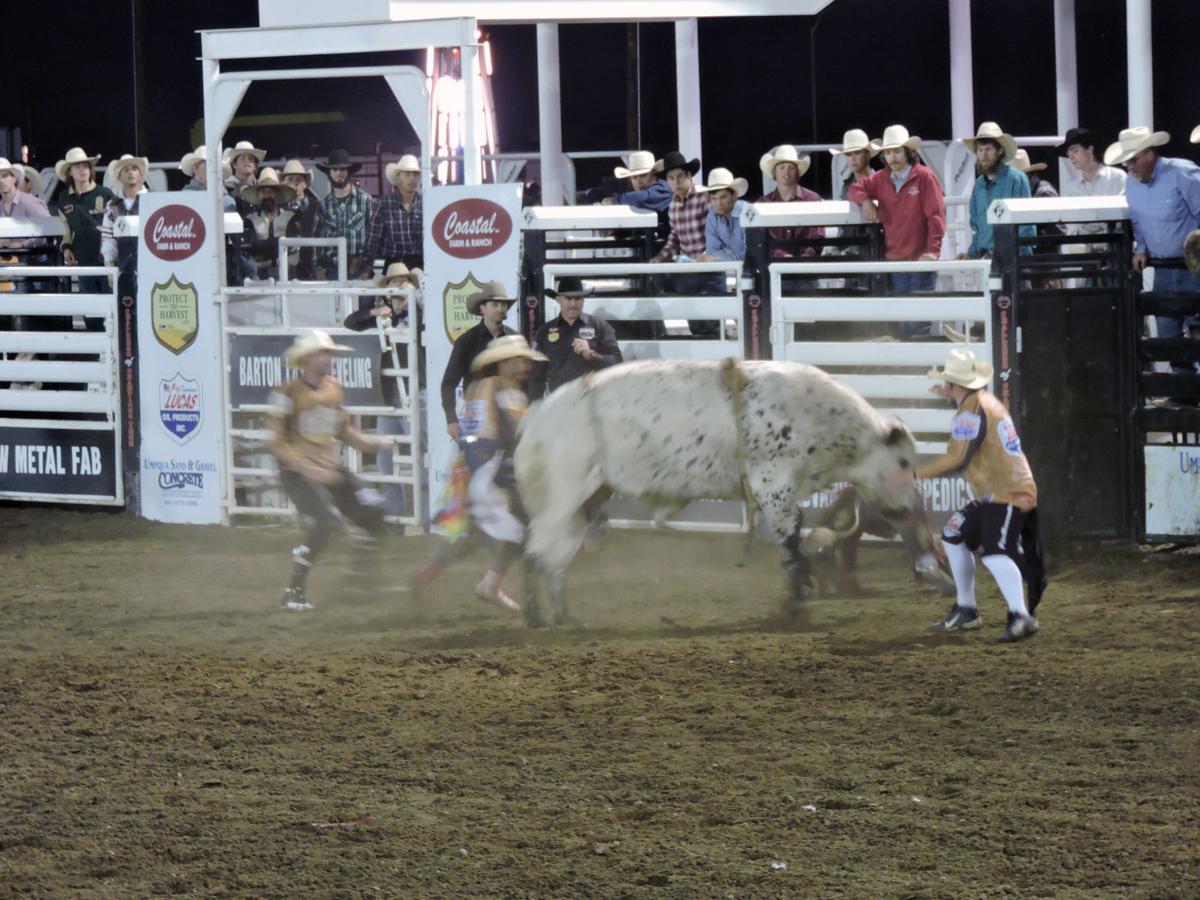 Bullfighters at the Challenge of Champions in Hermiston on Saturday move in on a bull after it bucked off a cowboy.

Justin Houston completes one of the only successful rides of the night at the Hermiston stop of the Challenge of Champions tour at EOTEC on Saturday.

Bullfighters at the Challenge of Champions in Hermiston on Saturday move in on a bull after it bucked off a cowboy.

It was hard to tell if the cowboys were choosing the bulls or vice versa Saturday night, as the bovine competitors won the night at the Coastal Farm & Ranch Challenge of Champions Tour stop in Hermiston.

Jason Mattox, a former PCRB and PCA bull rider and the founder of the Challenge of Champions, said Saturday’s event, held in the new arena at the Eastern Oregon Trade and Event Center, drew from six different stock contractors, who each sent a selection of their best bulls. Unlike most rodeos, cowboys got to select the bull they wanted to ride instead of choosing via random draw.

Some cowboys may have regretted their draw, as only a handful of them managed to stay on their animal for the requisite eight seconds. The first of the night to do so was Jason Houston, who hung on for an 85-point ride on Lone Wolf of 2 Bucks Rodeo Co.

Houston ended in second place for the night, behind Jordan Sammons, who scored 87 points atop Electric Avenue of 2 Bucks Rodeo Co., and in front of Zeb Lanham, who scored 80 points on Cowboy from Crozier Bucking Bulls.

On the junior side, which used smaller bulls, first place went to Dakota Briggs with 72 points, followed by Lane Vaughan with 71 points and Cauy Jackson with 65 points.

“The Challenge of Champions Tour is always about the youth,” announcer Al Parsons told the audience Saturday. “You’ve got to build them while they’re young.”

Briggs’s win was especially impressive, considering it was his first public ride since the 16-year-old aspiring bull rider from Days Creek was hospitalized with burns over 70 percent of his body following an accident last year.

“This guy’s a stud,” Parsons said, calling his comeback “absolutely amazing” after doctors weren’t even sure he would live.

Mattox said he started the tour in 2009 after retiring and it has grown into an 18-stop tour around the Pacific Northwest. The invitation-only event gives cowboys a challenge in the off-season and gives up-and-coming junior bull riders a chance to shine.

“It’s a very family-oriented show,” Mattox said. “It’s targeted to families. We want them to all come out together.”

Bull riding events wouldn’t be possible without the bullfighters who rush in to keep the bull distracted and the cowboy safe after a ride, and during the evening’s performance Parsons and rodeo clown Clint “Wolfey” Selvester made several references to cowboys trying to impress several retired bullfighters in the crowd and behind the scenes, including Hermiston legend Donny Griggs.

“One of the greatest bullfighters in the world, now pulling gates right here in Hermiston, Oregon,” Parsons said.

The evening also featured a special Cinco de Mayo appearance of Charreada, the Mexican-style bull riding where the goal is for cowboys to stay on until the bull stops bucking and then dismount and land on their feet.