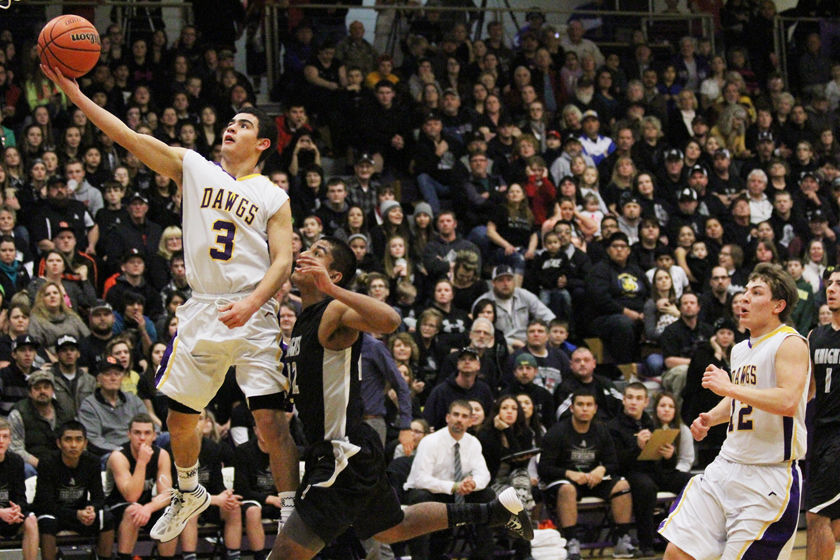 <p>Hermiston Bulldog Ramon Contreras tries for a lay-up past an Irrigon defender Tuesday night in Hermiston. The Bulldogs defeated the Knights, 50-46.</p> 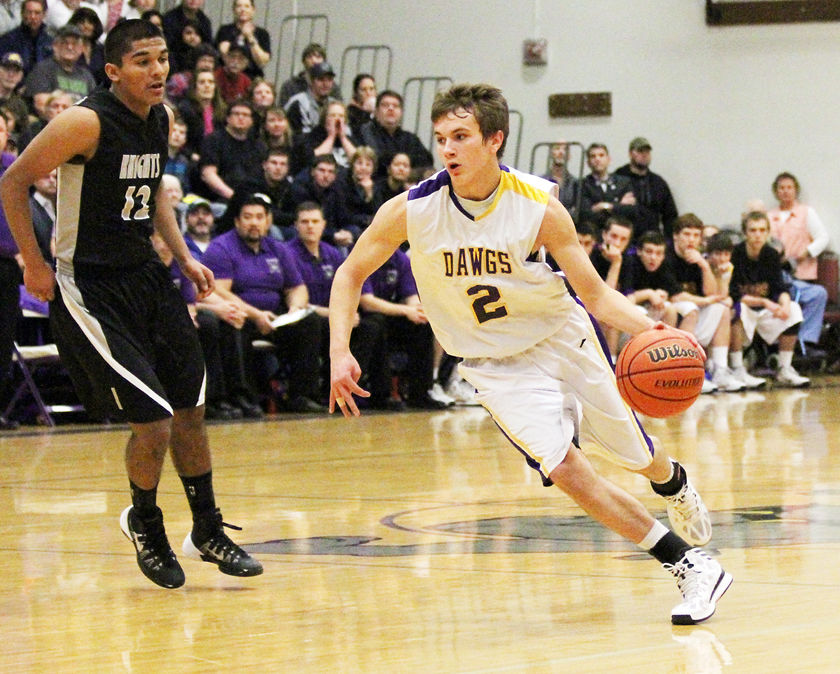 <p>Hermiston Bulldog Ramon Contreras tries for a lay-up past an Irrigon defender Tuesday night in Hermiston. The Bulldogs defeated the Knights, 50-46.</p>

Rarely does a game as hyped as the non-league match-up between Hermiston and Irrigon live up to its potential. The Bulldog and Knights boys teams both made sure it did Tuesday night in Hermiston. The Bulldogs came away with the 50-46 victory in front of a capacity crowd at Hermiston High School, but the Knights showed they belonged on the big stage.

The game got off to a choppy start because of a clock malfunction, but that didnt seem to stop either time. The Bulldogs built a 15-12 lead after the first period because of some hot outside shooting by senior guard CJ Flores. Flores hit two 3-pointers in the first period and finished with 11 points in the game.

The Bulldogs opened the second period to a 20-12 lead, but three straight 3-pointers by the Knights, two of them by reigning 2A State Player of the Year Anthony Landeros, cut the Bulldogs lead to 24-21. The rest of the second period was a back-and-forth affair, and a 3-pointer by Hermistons Lucas Wyant at the end of the period widened the Bulldog lead to 10 at halftime.

The first half was filled with impressive shooting. Irrigon hit six 3-pointers, while Hermiston was able to manage five. Landeros scored 13 of his 15 points in the first half.

The scoring slowed in the third period, however. Hermiston attempted to force Irrigon out of its zone defense, and this resulted in limited offensive positions for both teams. Irrigon didnt manage a point until less than a minute to go in the period when Eric Vera made 1-of-2 free throws. The Bulldogs out-scored the Knights 6-1 in the period.

The Knights scored the first seven points of the fourth period to cut the Hermiston lead to 40-32 with just less than five minutes remaining in the game. The Bulldogs size proved to be too much for the Knights as Hermiston post players Keegan Crafton and Carter Christiansen combined for 10 points, eight of which came in the second half.

The Knights got within a possession multiple times in the games final few minutes. First, two Fredy Vera free throws cut the Bulldog lead to two. Later, Irrigons Adrian Romero, who scored a game-high 20 points, hit a 3-pointer to bring the Knights back within two.

After a free-throw by Flores, Irrigons star Landeros was able to put up an open 3-pointer field goal with five seconds to go for the win but it didnt fall.

Wyant finished with 12 points for the Bulldogs, while Jake Flyg added 10 points.