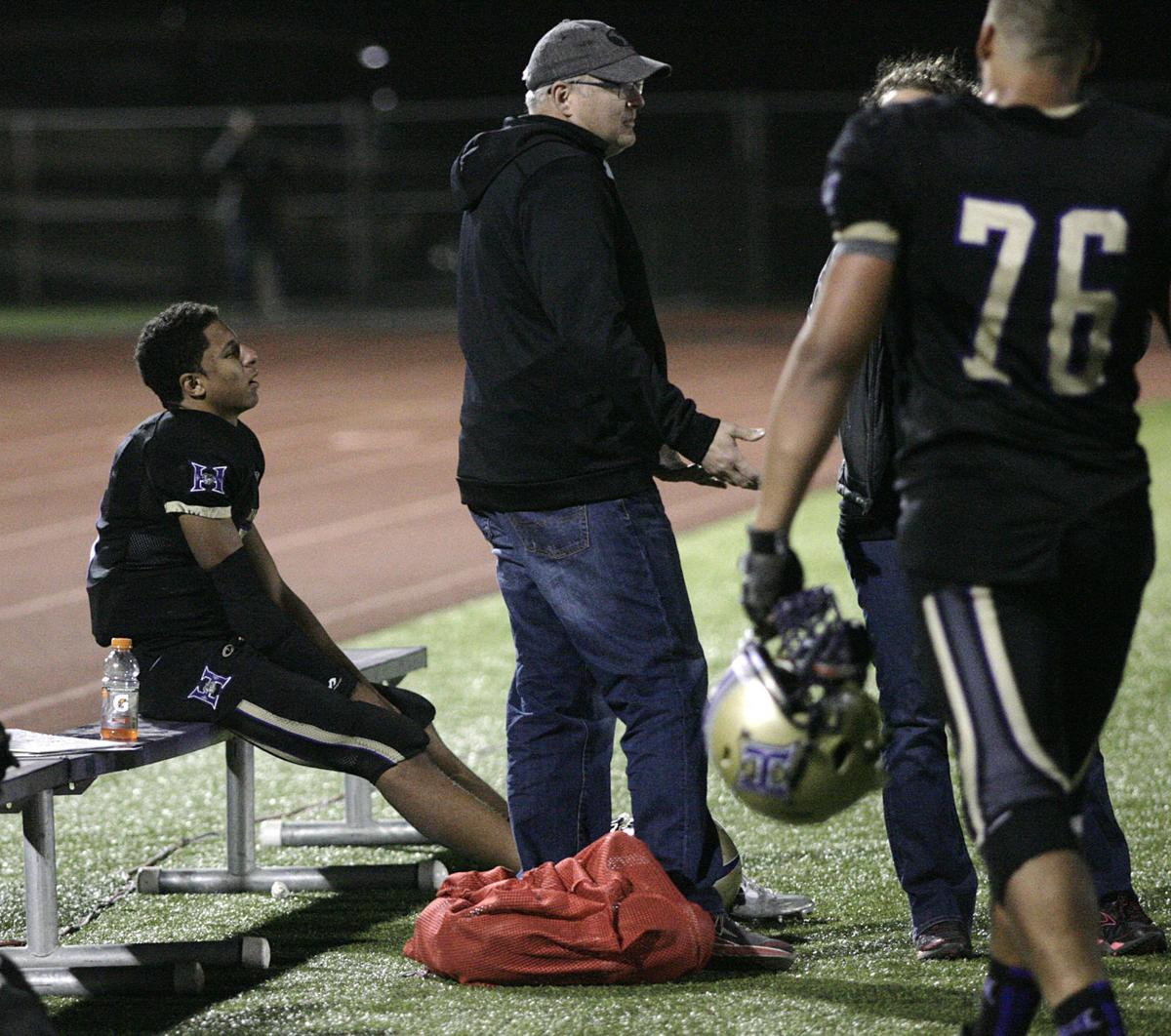 Hermiston sophomore quarterback Dayshawn Neal (left) sits on the Bulldog bench late in the second quarter after injuring his ankle in the game Friday against Coeur d'Alene. He was replaced as the signal caller by senior Nathan Hunsaker. 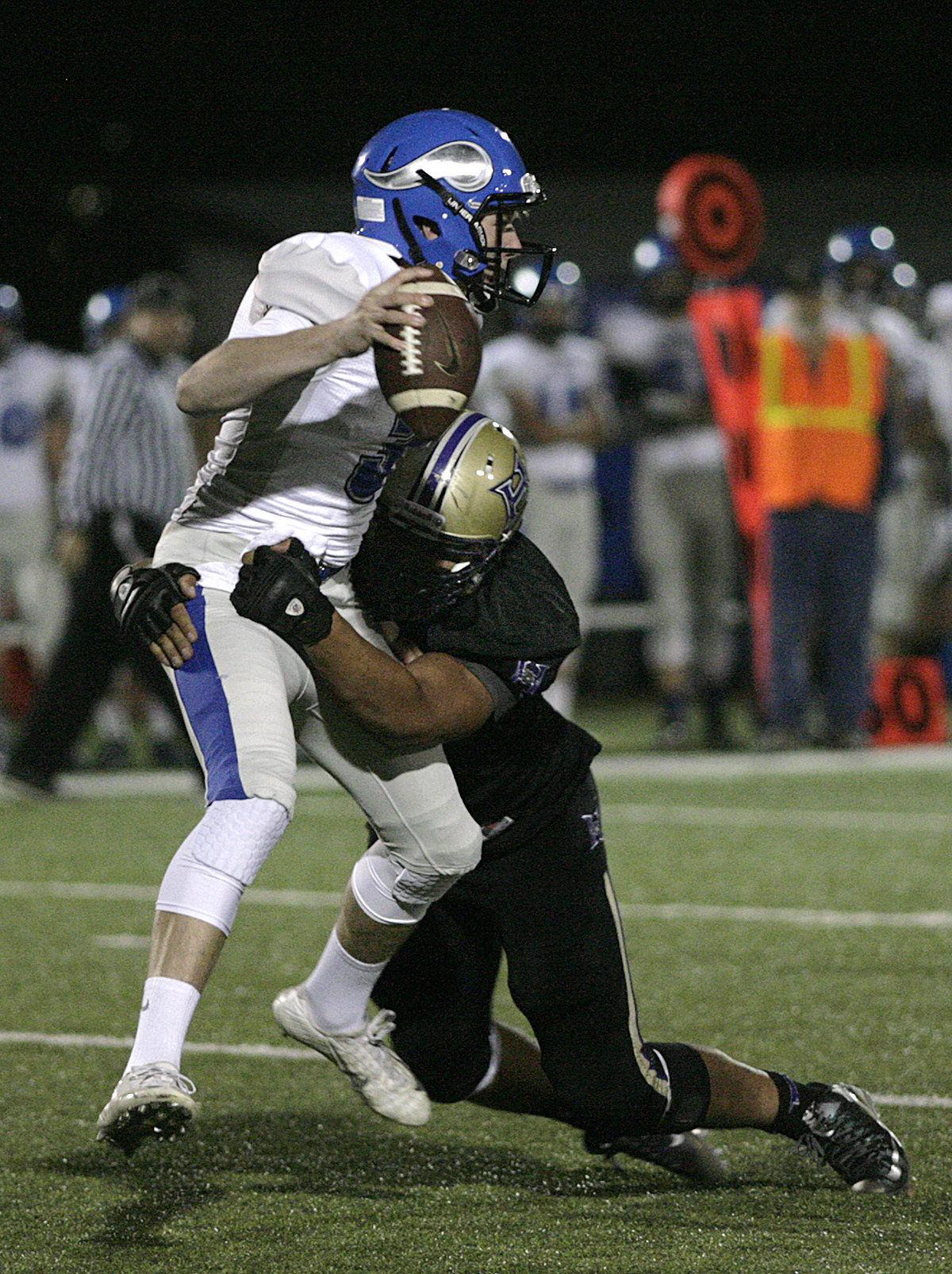 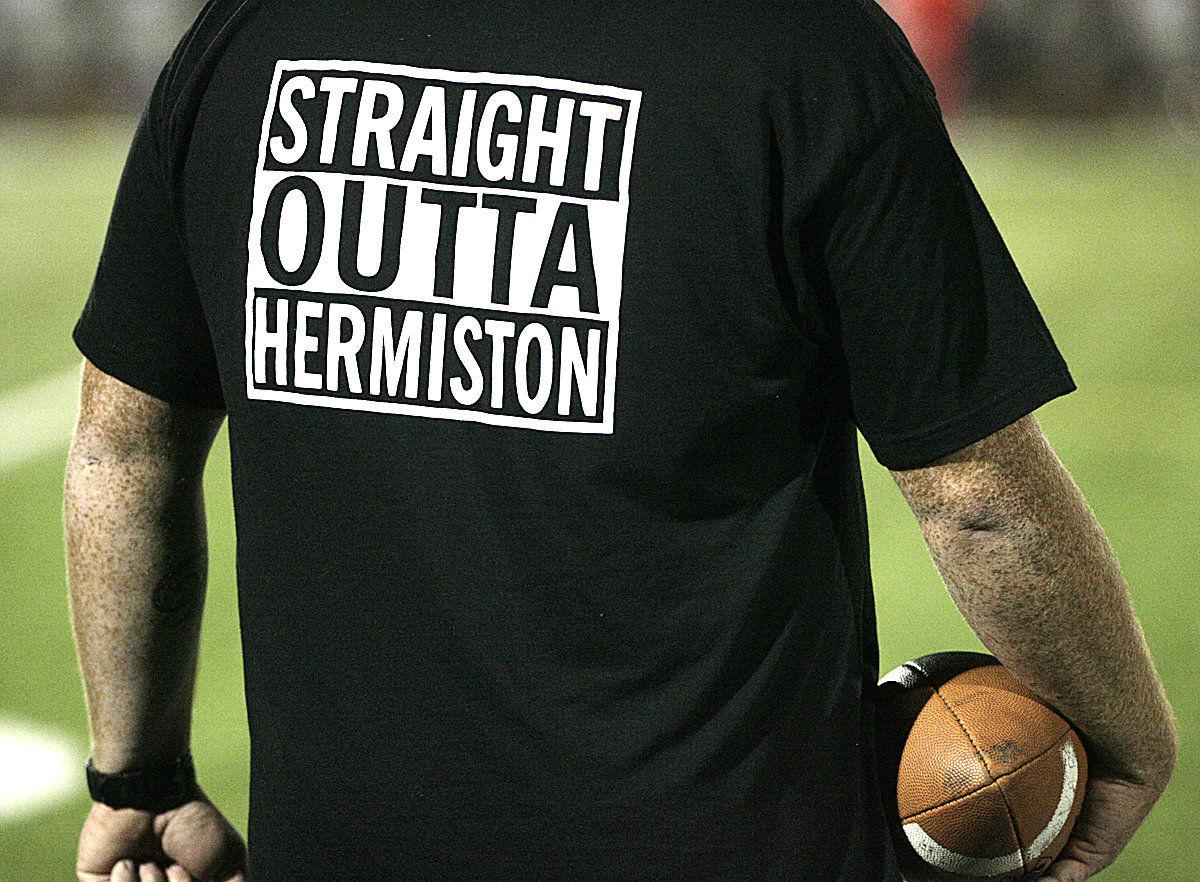 Hermiston sophomore quarterback Dayshawn Neal (left) sits on the Bulldog bench late in the second quarter after injuring his ankle in the game Friday against Coeur d'Alene. He was replaced as the signal caller by senior Nathan Hunsaker.

As the weeks tick away, the Hermiston Bulldogs are running out of time to win a football game. Five weeks — more than half the regular season — have come and gone without the Bulldogs (0-5) emerging victorious, just one season after going 12-1 and winning its first state championship.

But as Hermiston’s murderer’s row schedule has completed and league play starts next week, the Bulldogs might have their best shot at a win when the 0-5 Sandy Pioneers come calling this Friday at 7 p.m. in Kennision Stadium.

After a promising 2014 campaign that ended in a tightly-contested 17-0 quarterfinal loss in Hermiston, the Pioneers find themselves in roughly the same position as Hermiston. They have a new quarterback, a young team, and are trying to find their way in a tough 5A Northwest Oregon League.

Sandy, though, has an identity. Under head coach Joe Polamalu, brother of former NFL safety Troy, the Pios are a power running team with a beefy front.

“That’s their identity,” Faaeteete said. “They’re true and true to their identity. It hasn’t changed. I remember they had a bunch of young guys last year. They match up with us, and we match up with them. They’re a little bigger on the scale end, but then again what team isn’t bigger than us, right?”

Hermiston will also likely be without sophomore starting quarterback Dayshawn Neal, who suffered a high ankle sprain in the second quarter of Hermiston’s 43-10 loss Friday night to Coeur d’Alene. After suffering the injury, he sat on the bench and he was evaluated, then carted to the locker room at halftime and returned in street clothes on crutches in the secon half. He is being re-evaluated daily and was doing some light workouts on Monday.

In his stead, Nathan Hunsaker moved back to quarterback after a brief foray as a wide receiver — that included catching a touchdown pass at Lewiston two weeks ago — and went 1-for-4 for 60 yards a touchdown. His only completion was the 60-yard touchdown to Tucker Salinas in the fourth quarter Friday night.

After the loss, senior defensive end Trey Neal, and Dayshawn’s older brother, said he and the team have some “pretty big confidence in Nate.”

“We have all the confidence in the world,” he said. “Nathan was one bad hit away from being in this role right now. He’s always been one to roll with the punches and adapt. He was catching touchdowns. Now he gets to throw ’em.”

So after Hermiston has played one of the toughest schedules in 5A Oregon football, the slate lightens up a bit with Sandy and then Columbia River Conference play, whose best team is just 2-3.

Faaeteete and Bulldogs can sniff a win.

“We’re just excited to play Oregon schools again,” Faaeteete said. “It’s nice to play a little bit different team. We feel like we can play with Sandy. We feel like we match up with them well.

“Any opportunity you get to play a team that has a matching record, it’s a great opportunity to try and win. Somebody’s going to leave Friday night with a W.”