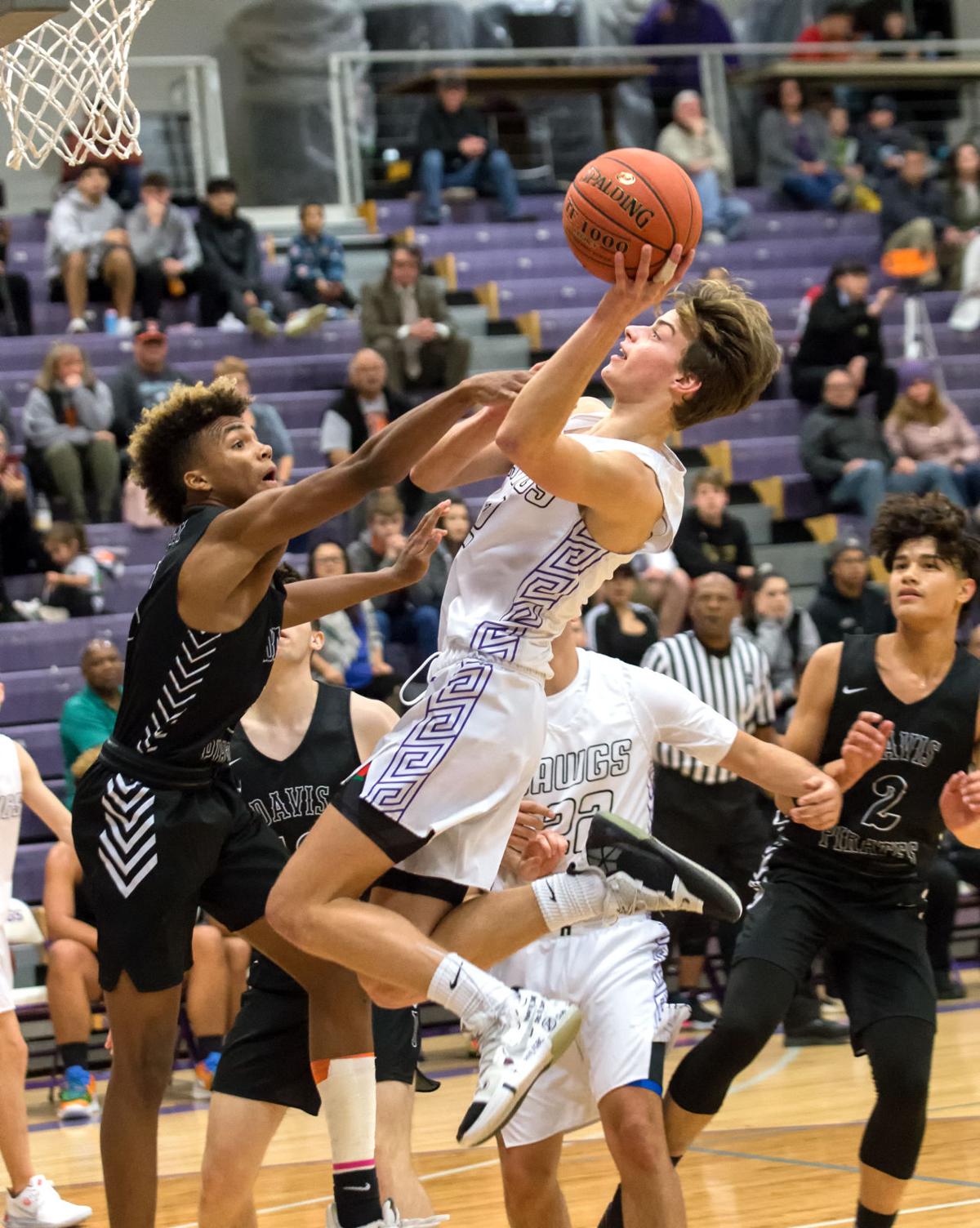 Hermiston’s Trent Pitney goes up for a shot as Marcus Cook, of Davis, defends during Tuesday’s game at the Dawg House. 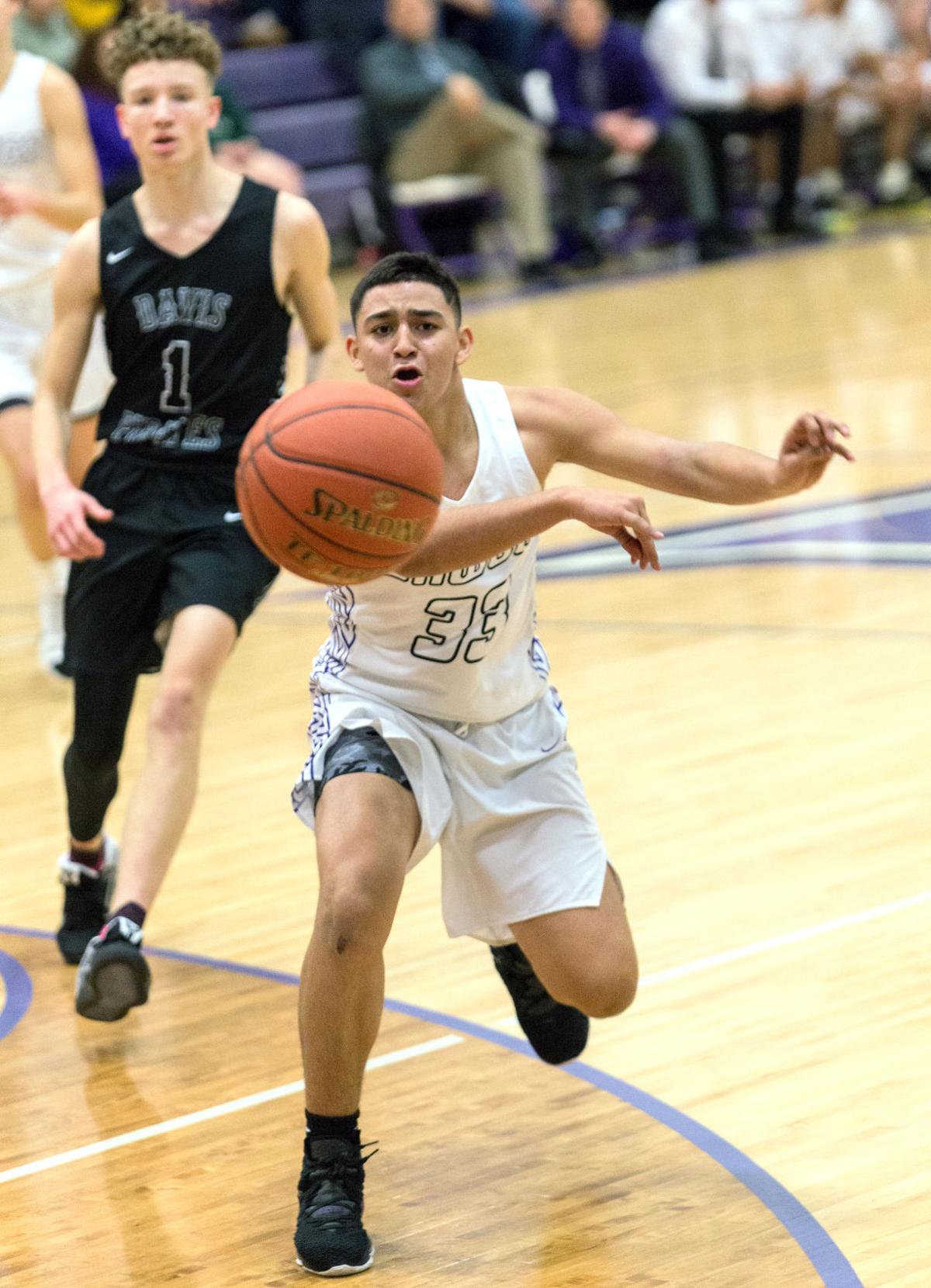 Hermiston’s Jayden Ramirez (33) passes to a teammate during Tuesday’s game against Davis at the Dawg House. 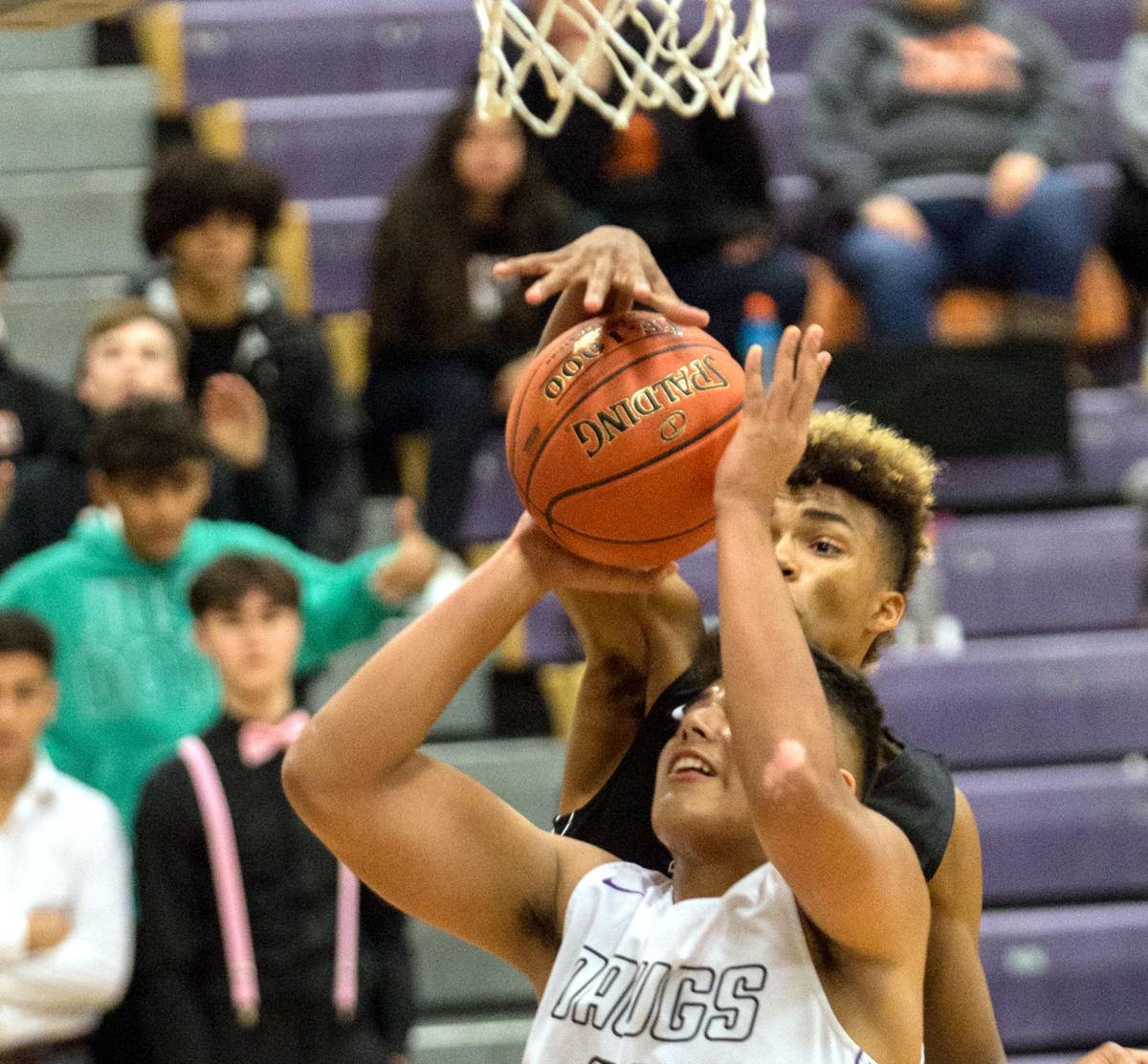 Hermiston’s Jaime Ramirez as Marcus Cook, of Davis, defends during Tuesday’s game at the Dawg House. 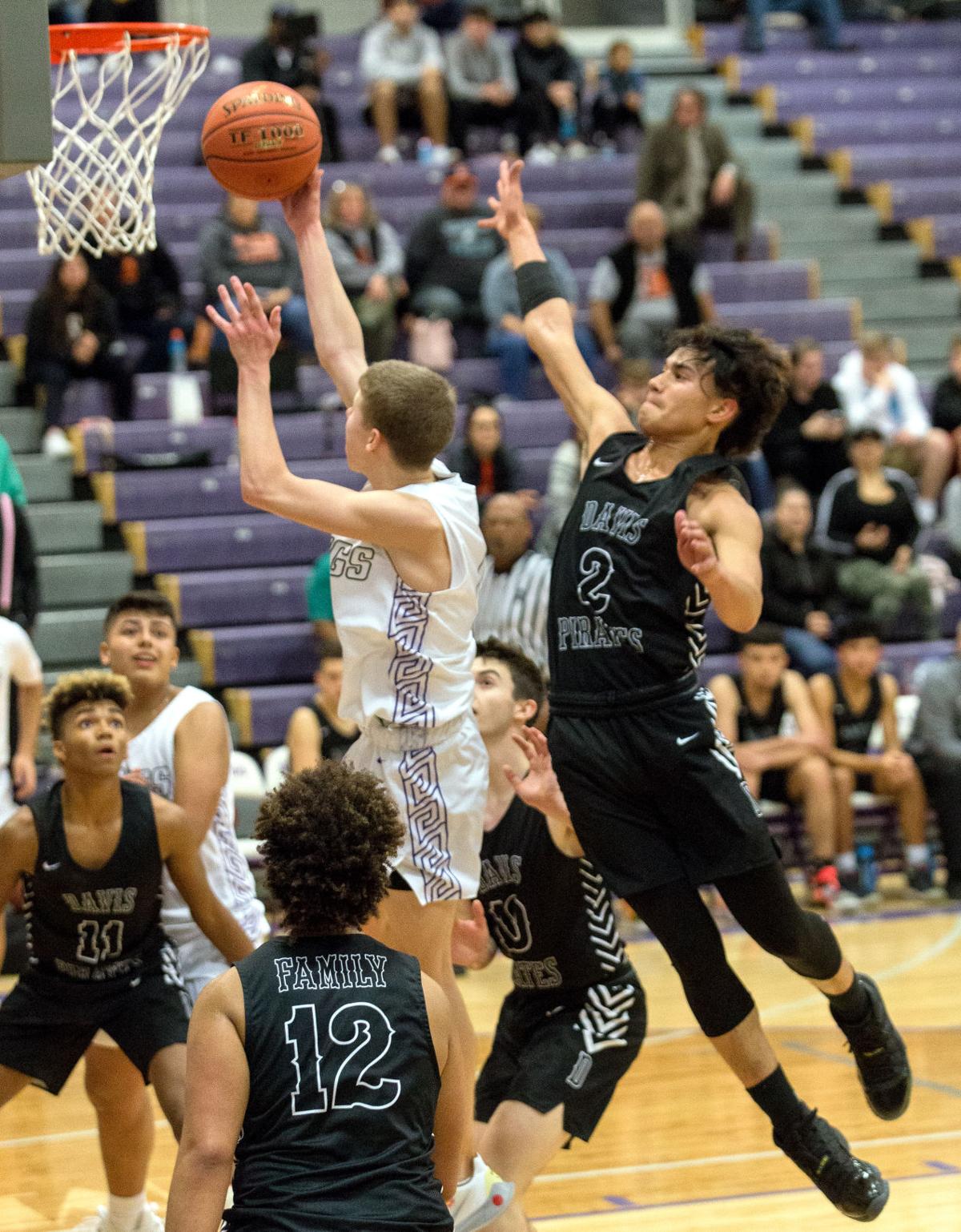 Hermiston’s Jaiden Ruloph gets past Jose Reyes, of Davis (2), and goes up for a shot during Tuesday’s game at the Dawg House.

Hermiston’s Trent Pitney goes up for a shot as Marcus Cook, of Davis, defends during Tuesday’s game at the Dawg House.

Hermiston’s Jayden Ramirez (33) passes to a teammate during Tuesday’s game against Davis at the Dawg House.

Hermiston’s Jaime Ramirez as Marcus Cook, of Davis, defends during Tuesday’s game at the Dawg House.

Hermiston’s Jaiden Ruloph gets past Jose Reyes, of Davis (2), and goes up for a shot during Tuesday’s game at the Dawg House.

HERMISTON — Coming into their last preseason game before starting their league run, the Bulldogs expected a fight if they were going to beat Davis.

And a fight was what they got.

After a technical foul and a rough second half, the visiting Davis Pirates made off with a 98-74 win over the Bulldogs on Tuesday night. Following the technical foul, the third quarter saw the Pirates tear away with eight and seven-point streaks from which the Bulldogs never recovered.

“Coming into the game, we knew it was going to be a battle,” Hermiston junior shooting guard Jaiden Ruloph said. “We came out in the first half with high energy, but we kinda fell under the pressure. Going up against Davis, you gotta be ready for the physicality.”

The two teams swapped the lead twice, and tied four times before Hermiston narrowly came out on top at the first buzzer. Senior wing Ivan Rangel gave Hermiston their first lead at 5-4 with a trey two and a half minutes into the first quarter before Pirates senior guard Earl Lee III recovered their advantage one minute later. Ruloph scored a basket and two points at the line to give Hermiston its second lead in response.

Senior wing Trent Pitney scored a basket with eight seconds left in the quarter to break away from a 19-19 tie to help Hermiston take the quarter.

The score tied twice more, and Hermiston was forced to recover the lead two more times before Davis took over. Pirates senior guard Marcus Cook scored two at the line, and sophomore forward Dhantaye Bennet-Joe sunk his first of three, 3-pointers for a 27-27 tie. Ruloph scored a 3 and a basket in response to push the Dawgs back out front, but the lead would not last.

The Pirates embarked on a brief six-point streak, and Lee hit two back-to-back baskets in the final two minutes of the half as Davis took a 42-38 lead into the locker room.

“We were really competing with them in the first half,” Hermiston head coach Drew Preuninger said. “In the second half, we were trying to take too many quick shots. That’s not the style I want us to play. We were playing their type of game.”

A technical foul in mid-quarter three forced Rangel out of the game as the Pirates took control for good. Two big scoring runs, led by Lee and junior guard Jose Reyes helped Davis take a 69-46 advantage with 1:04 left in the quarter. Ruloph managed another basket in the final seconds, but could not dig Hermiston out of its deficit.

“I had to take Ivan out,” Preuninger said. “That momentum change was crazy. It was a four-point game, and then it was a 12-point game. We talked about that as a team. That can’t happen.”

Davis junior guard Xavier Guerrero gave the Pirates a 25-point advantage with less than three minutes left to play. Hermiston freshman guard Enrique Carrillo scored a basket off a rebound at the buzzer, but Hermiston was still down 24 points.

“We’re a young team,” said Ruloph, who posted a team-high 23 points. “Tensions were hot. We gotta keep our cool and handle that pressure. We have three things that we talk about at every practice: playing hard, playing smart, and playing together. We played hard, but not smart and as a team.”

Pitney, who recorded 11 points, was the only other Bulldog to score in double digits. Lee had a game-best 28 points and was 7-for-7 at the line.