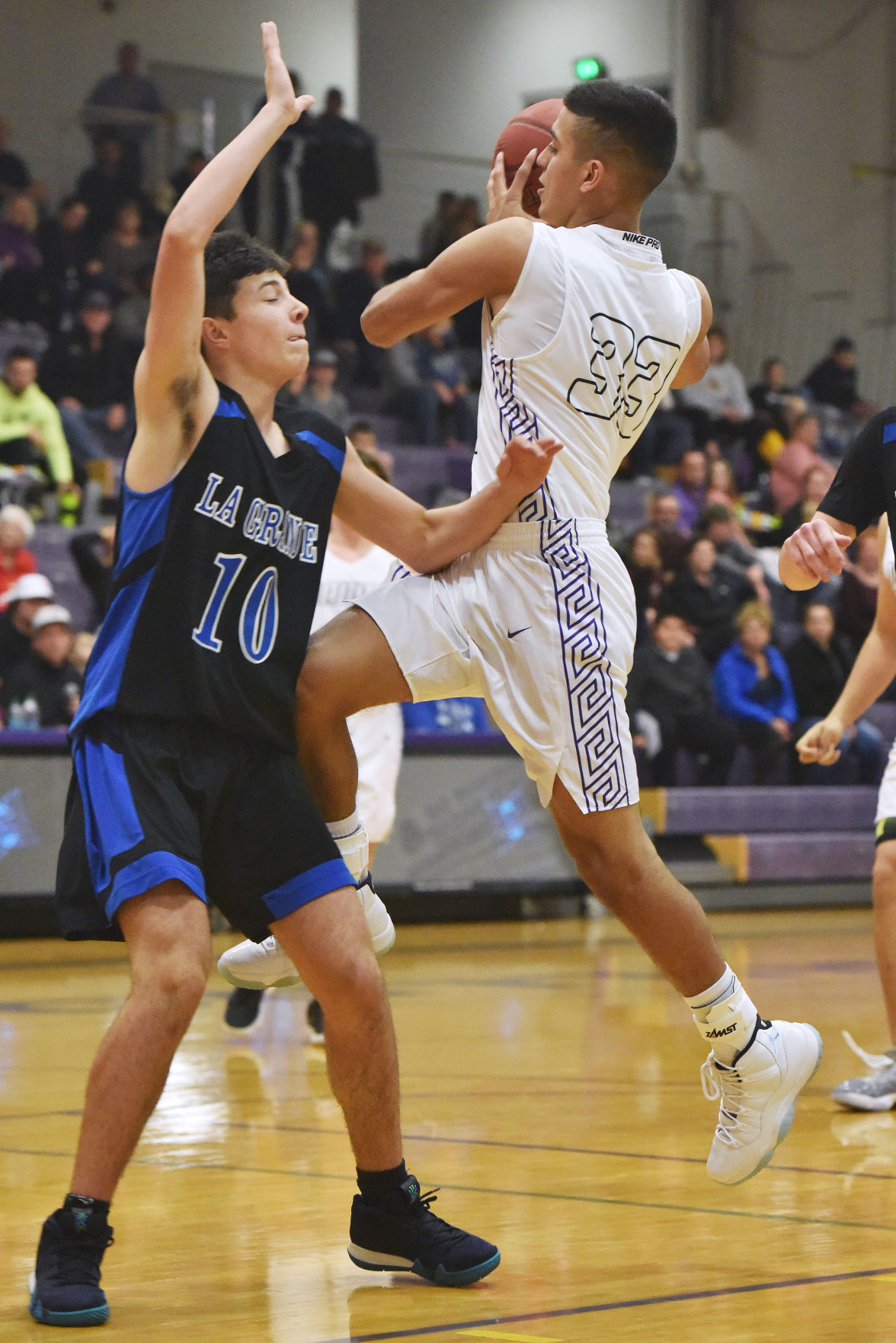 Hermiston’s Jordan Ramirez drives on La Grande’s Cristian Mendoza in the Bulldogs’ 67-47 win over the Tigers on Tuesday in Hermiston. 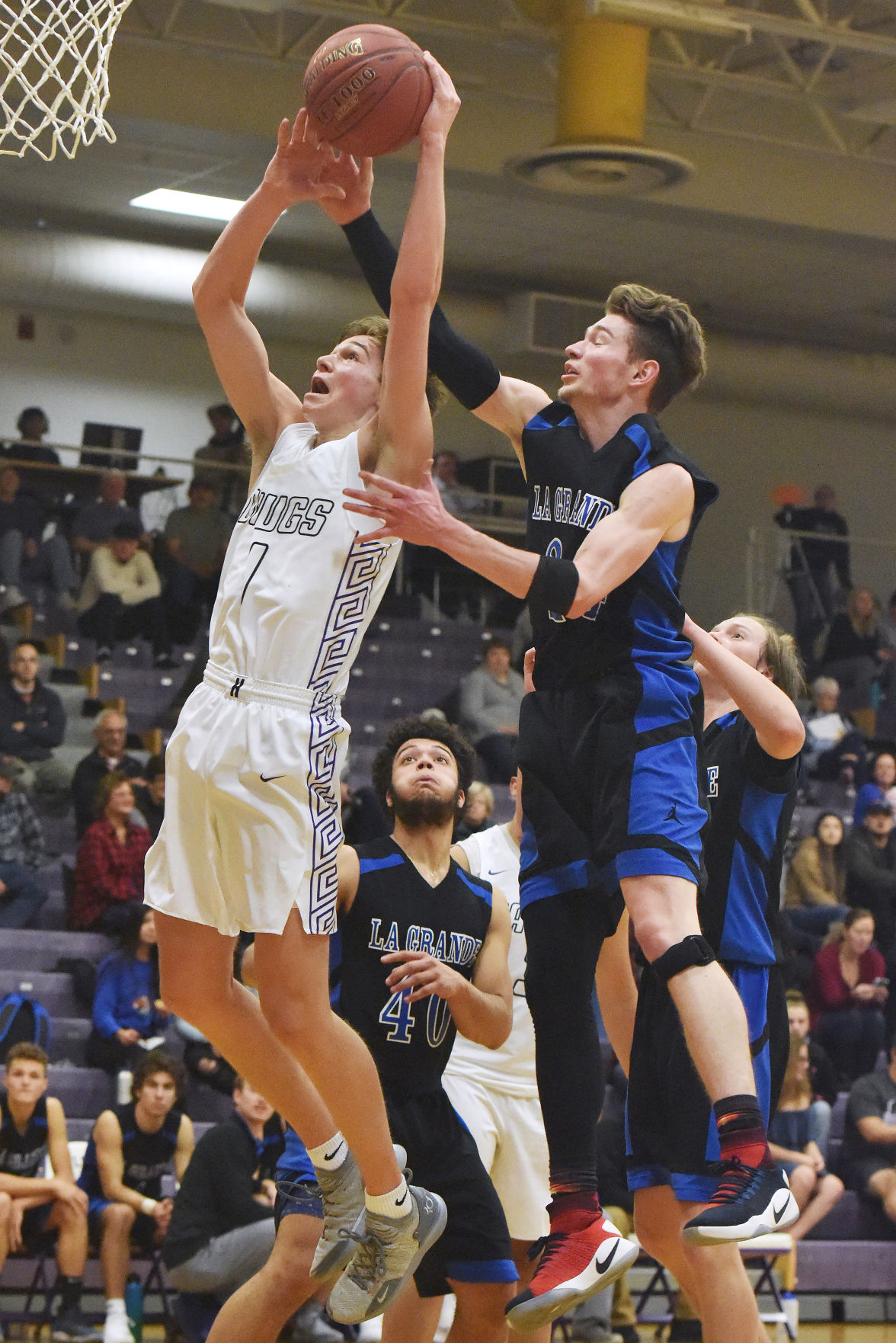 Hermiston’s Ryne Andreason grabs a rebound in front of La Grande’s Hunter Youngblood in the Bulldogs’ 67-47 win over the Tigers on Tuesday in Hermiston.

Hermiston’s Jordan Ramirez drives on La Grande’s Cristian Mendoza in the Bulldogs’ 67-47 win over the Tigers on Tuesday in Hermiston.

Hermiston’s Ryne Andreason grabs a rebound in front of La Grande’s Hunter Youngblood in the Bulldogs’ 67-47 win over the Tigers on Tuesday in Hermiston.

Adrian Mendez tends to fly under the radar, but Saturday night the Hermiston senior made his presence known.

Mendez scored 18 points — 13 in the first half — and hauled down eight rebounds to help the Bulldogs to a 72-64 victory over Kennewick in the Mid-Columbia Conference opener for both teams at the Lions Den.

Cesar Ortiz also had 18 points and eight rebounds as Hermiston improved to 3-0 on the season.

“It feels good,” Hermiston coach Casey Arstein said of opening league play with a win. “Adrian had his best game of the year, and Jordan (Ramirez) did a nice job distributing the ball. Cesar is a shooter and he was ready to go. It’s exciting when they play well. It was Adrian’s night, and the guys were excited for him.”

The Bulldogs, who trailed 36-33 at the half, went on a 22-point tear in third quarter, fueled by Ortiz’s 12 points — nine of which came from three 3-pointers.

Kennewick would pull within 53-50, but a basket by Ramirez at the buzzer gave Hermiston a five-point lead.

A balanced scoring attack in the fourth quarter, which included an 8-for-12 performance at the free-throw line, helped the Bulldogs secure the win.

Ryne Andreason added 14 points, and Ramirez 11, and Hermiston forced 10 turnovers, including steal and a layup by Ramirez with 45 seconds left to put the game out of reach.

Ryne Andreason led the way for the Bulldogs with 18 points, and Cesar Ortiz added 11 rebounds and seven points, but there was one stat that was not pretty — the Bulldogs shot 25 of 46 (54 percent) from the free-throw line.

Leading 12-9, the Bulldogs went on a 27-8 tear in the second, getting 10 points from Andreason and five from Ortiz. The Bulldogs could have blown the game wide open if not for their 9 of 20 performance from the charity stripe.

Trailing 39-17 at the half, the Tigers made a little noise of their own in the third quarter with 15 points, and outscored the Bulldogs 15-11 in the fourth. But the deficit was far too big to overcome for La Grande, which had three players foul out.

All but two of the Bulldogs scored, with Jordan Ramirez adding 10 points, Blake Davis and Sergio Madrigal seven each, and Andrew James six.

Justin Jenner led the Tigers with 12 points, while Cristian Mendoza had seven.