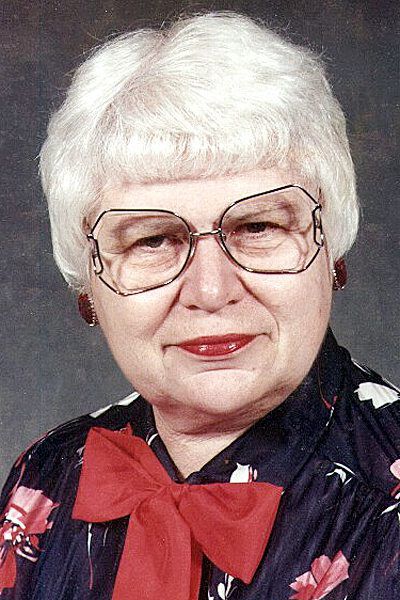 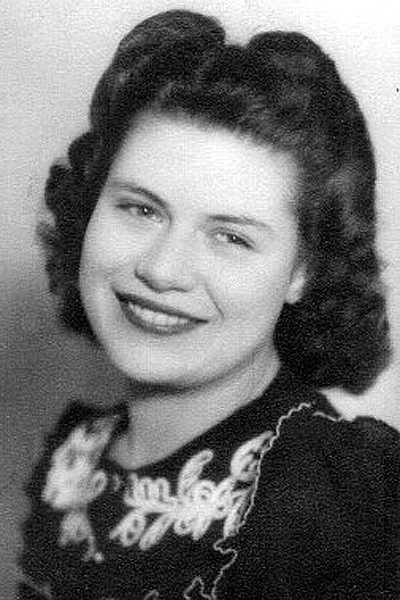 Betty Jean (Miller) Green was born in Long Island, Phillips County, Kansas on August 10, 1925, to Chester Auburn and Bertha Icebenda (Brown) Faubion Miller. She went to be with the Lord in the early morning of November 22, 2014, in Hermiston, Oregon.

Betty was raised in Kansas and Nebraska until age 17 when she moved with her parents to Hermiston. She attended her senior year of high school and graduated from Hermiston High in 1943. After graduation, she went to work at the Umatilla Army Depot and retired 31 years later as head of payroll.

One evening, at the old Hermiston Roller Skating Rink, Betty fell down while skating and was picked up, literally, by the person who would soon become her husband, Wilton Sherfey (Sandy) Green. They were married on Mother’s Day, May 12, 1946, in the Hermiston First Christian Church. Their lives were to be blessed by two children, Sharon Ann in 1947 and Kerry Lee in 1953.

Betty was an accomplished seamstress. She made many of her family’s clothes, including matching shirts for vacations. She made all of her daughter’s school formals and her wedding dress. She loved many kinds of handwork, including crochet, embroidery, knitting and quilting. She enjoyed quilting with the ladies group.

Betty was adventurous. She loved to travel. She visited nearly all of the contiguous United States, Alaska and Hawaii. She also traveled extensively all over the world including the British Isles, Ireland, Russia, Australia, China, Greece, Turkey, Italy, Sicily, Norway, Sweden, Denmark, Lapland (where she ceremonially crossed over the Arctic Circle), and a cruise around South America. Her first international trip was to Israel and Egypt with a group from her church. She traveled with family or with a tour group. She took many tours with her sister, Iona, but she would also go as a single if no one else was available to go with her.

She was very active in her church and community, serving at Open Table, attending Christian Women’s Fellowship (CWF) and their conferences, Friends of the Library and Travel Club. She held many offices over the years. She also enjoyed attending luncheons with others who worked at the Army Depot. She loved to play bingo and played several times a week. She frequently participated by calling numbers and checking cards.

Betty was predeceased by her husband, Sandy; her parents and step-mother, Ida; her siblings, Helen, Elner, Howard, Velma, and their spouses; step-brother, Robert Holden; and her great-great-granddaughter, Zuri Chambers.

She is survived by and will be dearly missed by her son, Kerry Green; her daughter, Sharon (Smokey) Smiley; her grandchildren, Eric (Toni) Smiley, Jason (Kim) Smiley, Karl (Katie) Smiley; her great-grandchildren, Crystal and Breanna Cooper, Brian Courtney, Erika, Cassandra, Brandon and Kyle Smiley; and her great-great-granddaughter, Meora Chambers; her sister, Iona; step-brothers, Bud and Alfred Holden; and brother-in-law, Ralph Green; and many nieces, nephews and extended family and friends.

Funeral services will be held on Saturday, November 29, 2014 at 1:00 p.m. at Burns Mortuary Chapel in Hermiston. Burial will follow at the Hermiston Cemetery.

In lieu of flowers, donations may be made to the First Christian Church Open Table or  Friends of the Library in Betty’s name.

Burns Mortuary of Hermiston, Oregon is in care of arrangements.