<p>Umatilla residents load "the county seat" onto a truck after stealing the title back from Pendleton on Wednesday.</p> 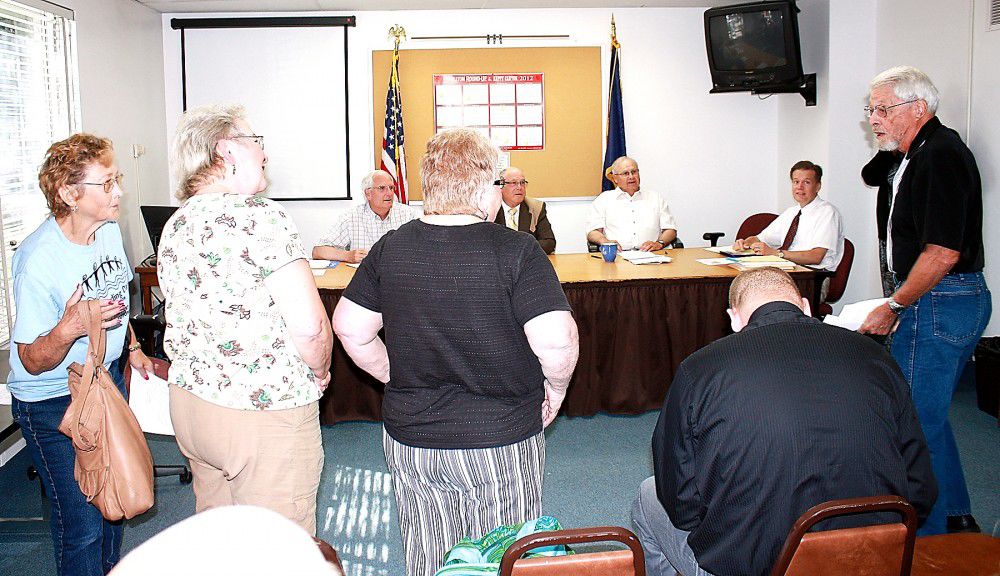 <p>Boyd Sharp, right, addresses the Umatilla County Commissioners with the support of fellow Umatilla residents on Wednesday morning in Pendleton. The Umatilla representatives "took back" the county seat from Pendleton during the meeting.</p>

<p>Umatilla residents load "the county seat" onto a truck after stealing the title back from Pendleton on Wednesday.</p>

<p>Boyd Sharp, right, addresses the Umatilla County Commissioners with the support of fellow Umatilla residents on Wednesday morning in Pendleton. The Umatilla representatives "took back" the county seat from Pendleton during the meeting.</p>

Its been more than 140 years since Umatilla was the county seat, but Wednesday, town residents stormed the county commissioners meeting to take it back in honor of Umatillas 150th birthday celebration.

We accused those wimps from Milton-Freewater and Athena and Pilot Rock of stealing the seat from us 144 years ago, and we stole it back,  Boyd Sharp said Wednesday. It was all good fun. I need to commend the county commissioners for going along with it and being such good sports.

Umatilla residents have long felt the county seat belonged in the county namesake. A bustling trade center, the City of Umatilla became the first Umatilla County seat in 1865 but lost the title to Pendleton in an election in 1868.

In 1864, when we became the county seat, people did complain in those eastern cities that it was too far to hitch up their horses and buggies and come over to do business, Sharp said. A group came through in the night and took all the documents and the seat and took it off to Pendleton. We had to sue to get it back, and later on, they rigged the election and stuffed ballot boxes to get it moved to Pendleton.

Ten Umatilla residents traveled to Pendleton for the meeting to symbolically ask for a proclamation returning the county seat to Umatilla for the weekend. When the commissioners said they were unable to lend the title, the Umatilla residents picked up an eight-foot long bench from the courthouse and took it with them.

The county seat will be featured in the Umatilla Landing Days Parade and has been on display at city hall.

We have to give the bench back, but were making a plaque that says, This county seat was taken back to Umatilla, said Karen Hutchinson-Talaski, Umatilla Chamber director. We dont get to keep it, but the plaque will be there forever, and it was fun.