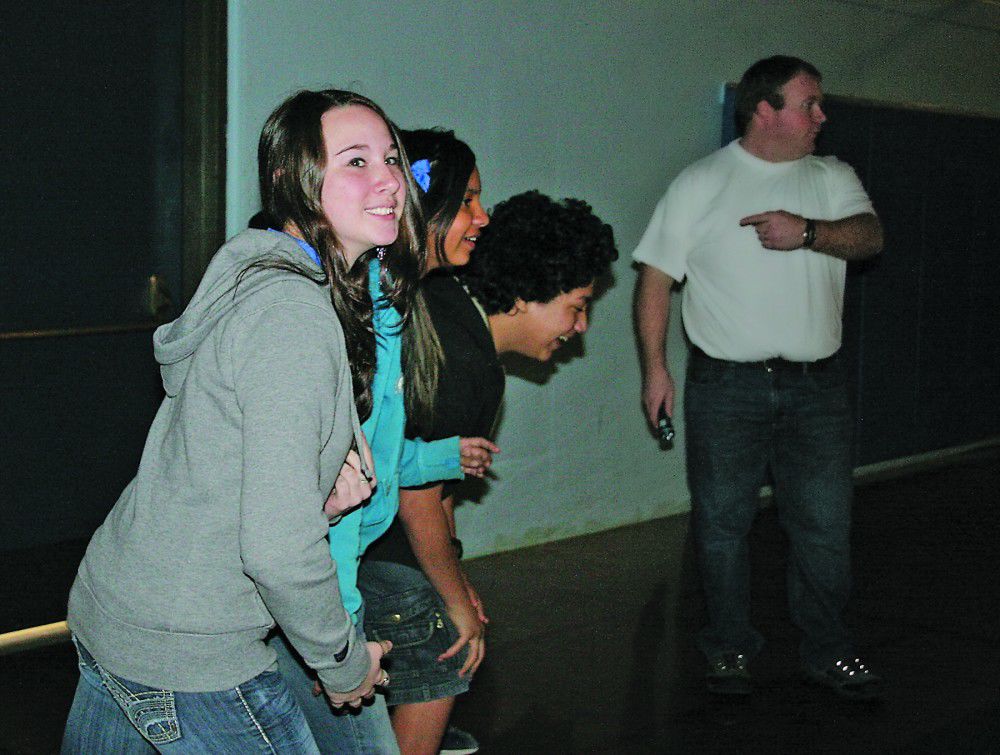 <p>Eighth graders wait for the signal to begin "The Clara Bronwell Hunger Games" at the school on Friday.</p> 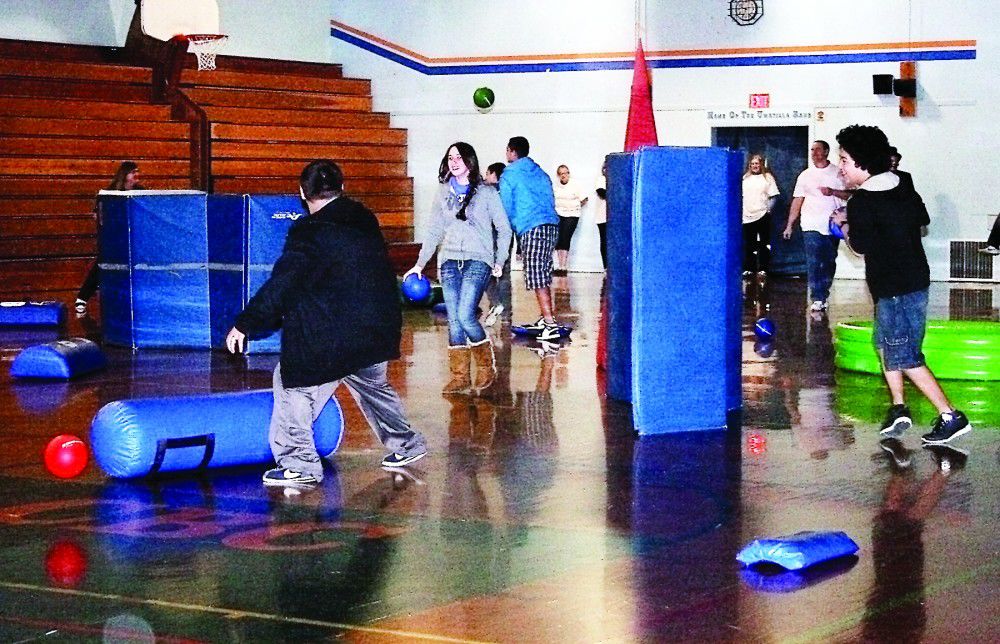 <p>Eighth graders wait for the signal to begin "The Clara Bronwell Hunger Games" at the school on Friday.</p>

Friday morning, all 300 students at Clara Brownell Middle School were called to the gymnasium.

Principal Dianna Veleke, disguised as a grown-up Effie Trinket, set the scene of a post-apocalyptic world in which peace treaties have failed, unemployment is high, it snows in the spring and fuel is in short supply.

Today, the children have moved to the district of Clara Brownell, where the children outnumber the adults, she said. Today we will have one more reaping where four students from each grade will be called to compete in the Clara Brownell Hunger Games.

One by one, the principal drew the names of the tributes. The room went dark, and flashlights bobbed as the gym floor was transformed into an obstacle course. The lights came on, and the tributes battled in a dodge ball hunger games that left one student  seventh grader Yesenia Flores  named champion.

The assembly was one activity the middle school hosted this month as part of an all-school read of Suzanne Collins The Hunger Games at Clara Brownell. Students have been reading and studying the young adult novel since January.

An all-school read is a great way to capture a spirit of community at the school, Veleke said. For us with sixth,- seventh- and eighth-graders, it really connects the students from all three grade levels in an academic way.

This is the second time Clara Brownell has taken on an all-school read, and the principal said she has already budgeted for a similar activity next year.

Next years read might not have one bonus this years students will receive, however. Next week, the entire student body will have the opportunity to view the film based on the book at the movie theater.

Its more important to have a conversation around some themes that are out there, pertinent to the kids and their age levels, but it just turned out that this one this year was one that was also turned into a movie, Veleke said.

After seeing the movie, the students will have follow-up lessons in class dealing with the differences between the book and the movie.

It will be entertaining, but its also about education, Veleke said. Now there are standards out there for kids to be able to understand multimedia, how movies connect with themes of books, what things are the same, what are a little different.

Paid for by the Associated Student Body, the field trip is open and free for all students, but because the film is rated PG-13, students must have parental permission.

As the state pushes for more COVID-19 transparency, Eastern Oregon counties hold back

Summer events in Umatilla County say the show will go on, if allowed