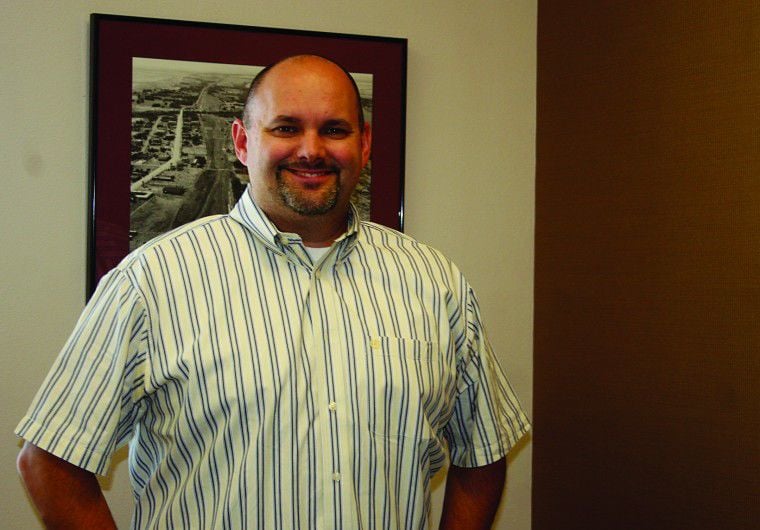 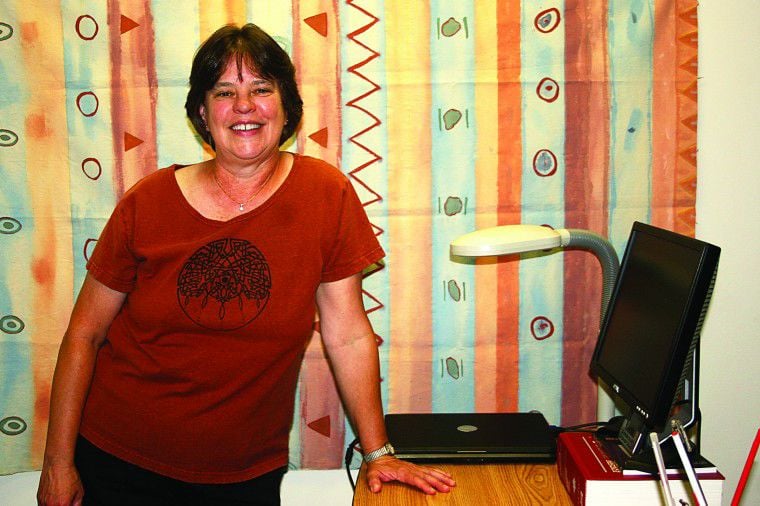 Umatilla resident Karen Steen, shown here in her home office, said she is running for mayor to continue the positive development in Umatilla and hopes to bring the city's distinct neighborhoods together in a town identity.

Umatilla resident Karen Steen, shown here in her home office, said she is running for mayor to continue the positive development in Umatilla and hopes to bring the city's distinct neighborhoods together in a town identity.

Dufloth wants people to look beyond the business

With so many activities on his schedule, however, the Umatilla mayoral candidate said he wishes people would see more than the business he owns  Dufloth and his wife, Paulette, own the Riverside Sports Bar and Lounge  which offers customers entertainment in the form of exotic dancing.

I really wish people would look past our business and look at the person, he said. Were about helping the community, supporting the community. We have a great sports bar, but to me, its just a business, and we bring so much more to the community.

Originally from Pendleton, Dufloth traded Oregon for Tennessee when he was 19 to embark on an eight-year career in music. A drummer and road manager, he traveled across the United States, as far overseas as Japan and to Canada, where he met his wife.

She joined the band, and the rest was history, he said with a laugh.

The couple moved to Umatilla in 1998 to be closer to Dufloths son from a previous marriage, and in 2001, Dufloth began working for the Oregon Department of Corrections.

Law enforcement had always interested me, so this was a good avenue for me to have a career I was interested in, he said.

Off the clock, Dufloth volunteers with Little League, Babe Ruth League Baseball and the Umatilla High School booster club. When he isnt working or volunteering, Dufloth spends his time with his family boating, fishing or hiking.

Inspired by his work in the schools, Dufloth made the move to local government three years ago, stepping in to complete a term on city council. He was re-elected to the position in 2008.

Having kids in the school district and being active in the community, I wanted to be more involved and be a part of the growth of Umatilla, he said.

The business owner said he decided to run for mayor to make sure the city continued its current forward-thinking momentum.

I wanted to see somebody in the position that had an open mind, who can think bigger to help our community go to the next step, he said. We need to create a strategic plan for the next five, 10, 15 years, whether thats revitalizing the old town site, creating an environment downtown or whatever. The biggest thing for us is getting the community together.

In addition to attracting more businesses, Dufloth also cited improving the citys appearance and uniting the Hispanic community with the citys other populations as a goal.

We need to clean up the town, but instead of just imposing fines for people with nuisances, lets instill in them a sense of pride so they want to clean it up, he said.

And although some see Dufloths business as unsavory, he said operating the Riverside and working in a management position at TRCI both teach valuable skills.

When Karen Steen decided to leave the Seattle metropolitan area, she looked for a small community in the Northwest with friendly people and great potential. After a year-long search, she found Umatilla. Now she is running for mayor.

I wanted to move out of the I-5 corridor, and I was looking for a rural setting with four seasons. I was looking for something with job opportunites, I was doing case management, and Umatilla was just a great central location. Plus, I love rivers, and One of my biggest loves is walking. Thats one of the things I love about this area.

A former nurse and an independent investor, Steen has lived in Umatilla for four years.

Ive always been involved with the community everywhere Ive lived, mainly in the appointed citizen councils and volunteer positions, and I was really encouraged this year with the progress in the city, especially with the work in codes enforcement, she said. I wanted Umatilla to have a choice, and I feel confident that I can be a good mayor for the city.

Steens story begins in New Orleans, where she grew up. In the 1970s, she moved to Seattle to continue nursing, a three-decade career as family practitioner, program manager, school nurse and nursing instructor. In Seattle, she also volunteered as a tutor in the public schools, and an adventurous spirit took her from working as a bush health nurse in tribal clinics in Alaska to visiting Romania and Hungary in Eastern Europe, and when she first moved to Umatilla, she worked in case management for people with disabilities, traveling as far south as Ontario and north of Tri-Cities.

Its a good match between need and my abilities and my skills, she said. A lot of the skills that I developed during my 30 years of nursing  coordinating, management, professional communication, addressing different issues  are all transferable to serving as mayor.

Her overarching vision for the city involves renewed ownership and citizen participation to develop a sense of identity.

Her campaign slogan  Forward together for a proud and prosperous Umatilla  also reflects that goal, and she said she would to help craft a graduated plan to develop the five main sections of the city, to take advantage of natural resources and amenities and to focus on business and localized substantiality.

In her free time, Steen takes care of her home overlooking the Umatilla River and walking with her two shelter dogs. She also listens to OPB and BBC radio  she doesnt have television service  and spends four to six hours a day researching and investing her savings in global markets.

Its a really different way to learn about the world. Ive always managed my retirement, so when I decided to retire a little early, that was the natural thing to go into, she said.

The candidate also describes herself as an avid reader and walker who enjoys spending time with friends, studying cosmology and keeping in touch with family.

Im a good listener, a quick study and a straight shooter, she said. Im running for mayor because I want to do everything I can to ensure the progress consistent with what J.R. Cook ant Mayor (Dave) Trott got going.  All of this is waiting to happen, and I think I have the time to dedicate to making sure those get done. I think thats what it calls for to do it well.