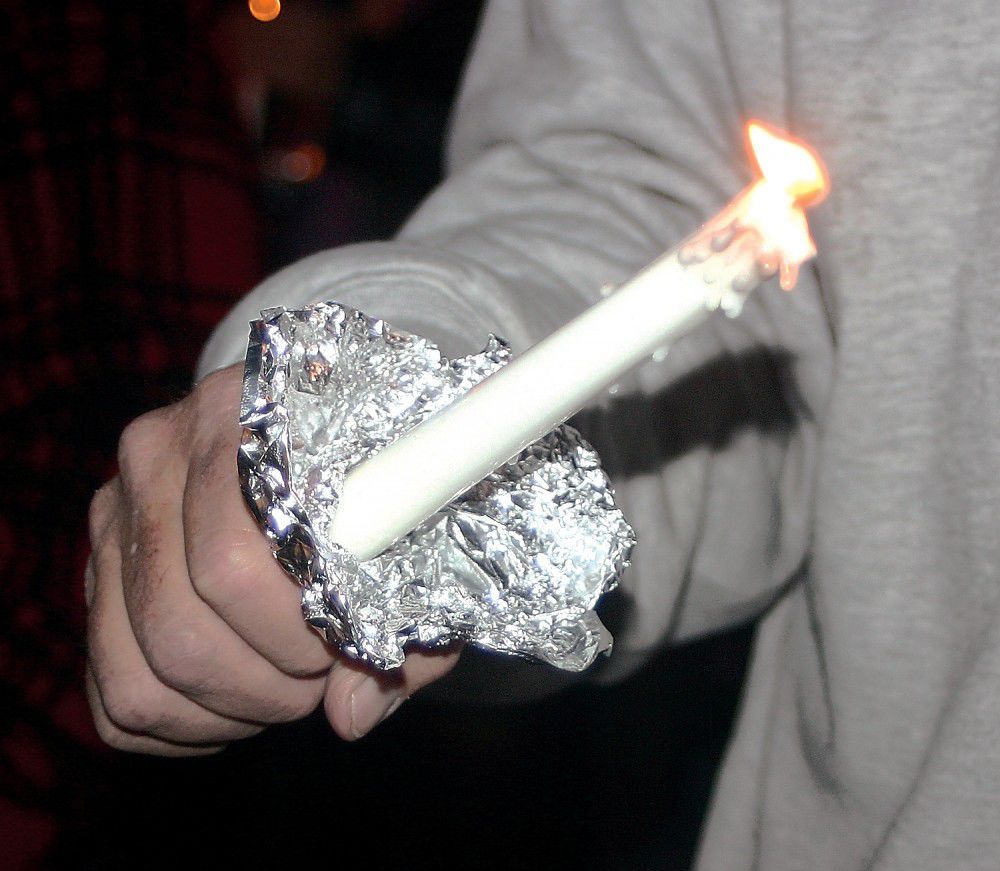 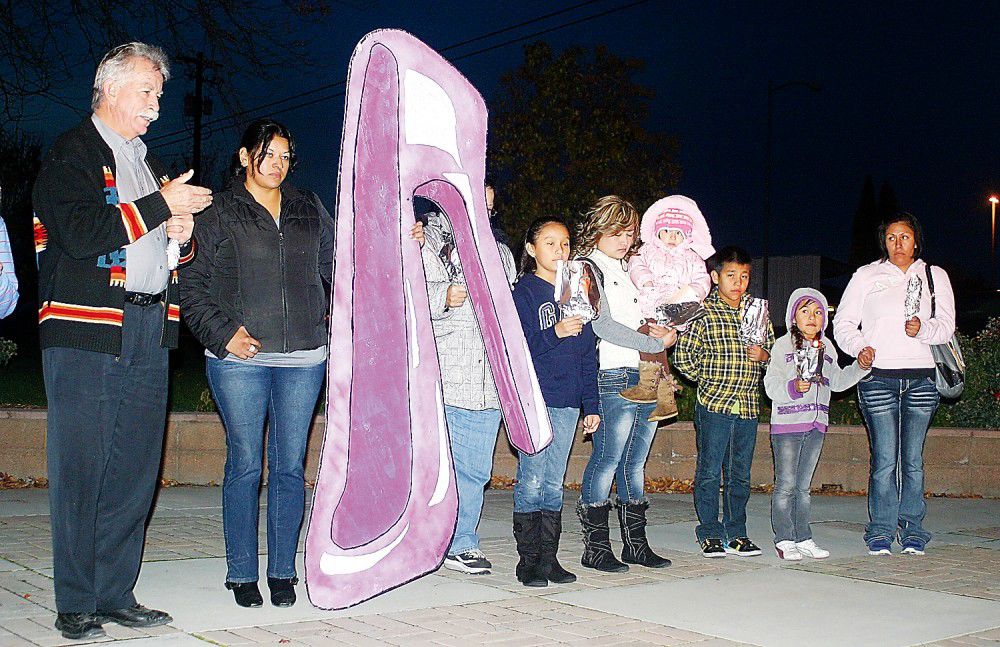 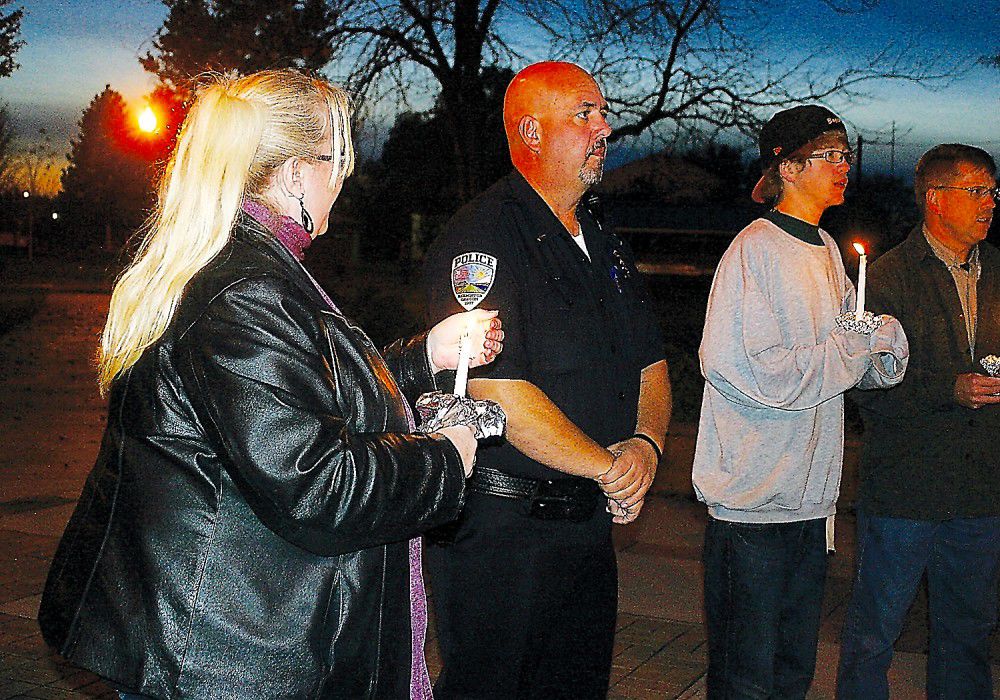 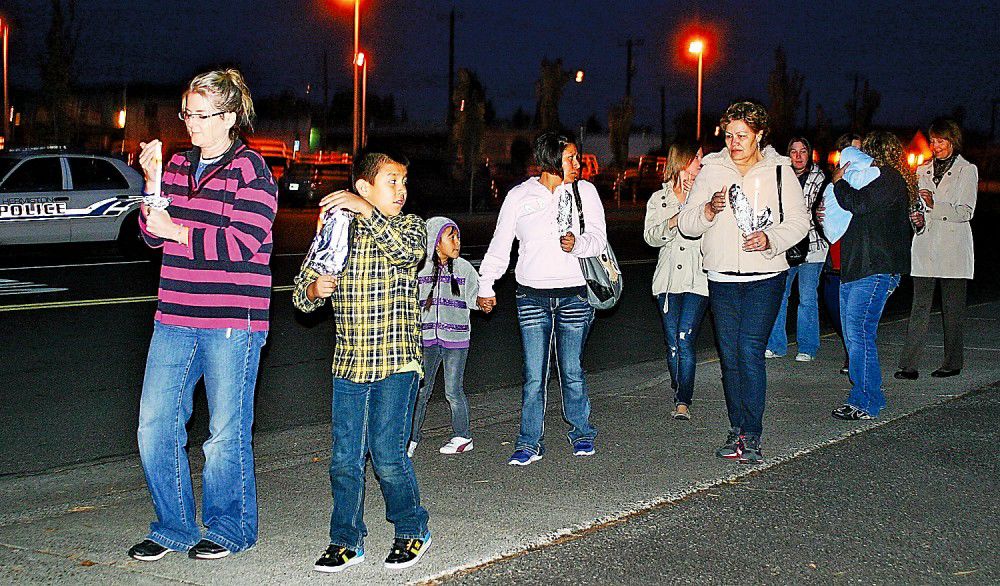 <p>Participants walk from Second Street to McKenzie Park Thursday evening as part of the Domestic Violence walk of Remembrance. Walkers carried candles as a way to support victims and survivors of domestic violence.</p>

<p>Participants walk from Second Street to McKenzie Park Thursday evening as part of the Domestic Violence walk of Remembrance. Walkers carried candles as a way to support victims and survivors of domestic violence.</p>

According to statistics from the Oregon Coalition Against Domestic and Sexual Violence, 15.5 million children lived in a household where domestic violence occurred at least once in the past year.

For Poulson, the candles carried during the walk held special meaning. It just brings out that were here and its a light of hope, Poulson said.

Poulson said both Hermiston and Pendleton domestic violence shelters have provided more than 4,700 nights of shelter for women and children in 2011. She estimates individuals have already spent roughly 3,200 nights in a domestic violence shelter in Umatilla County so far in 2012. While numbers are not higher than last year, Poulson said people are staying for longer periods at the shelter than they did in 2011. Instead of staying three nights, theyre staying 30 nights, Poulson said.

Its easy for us as people to sit back and say, Well I dont understand why she keeps going back to him, Ebert said. But if you walked mile in her shoes   To leave him, theyre going to have to step out and trust what happens.

Supporters didnt walk a mile, but they did cross Highway 395 to get to the park, followed by an escort from Hermiston police, before Lt. Travis Eynon addressed the crowd.

I think our community has the same goal and that is we would love to eradicate domestic violence, Eynon said.

The focus for Domestic Violence Services in Umatilla and Morrow Counties is twofold, according to Poulson.

Ten years ago, the Oregon Coalition Against Domestic and Sexual Violence started conducting similar walks around the state, Poulson said. Local agencies such as Domestic Violence Services in Hermiston joined the effort. It was a great way for us to get outreach locally, she said. October is so important to us because it does take courage to confront and stop domestic violence.

Poulson said the walk has been an outreach for victims, and a way to say:  We are here, there is hope and there is help, and make them realize you dont have to be a victim, you can be a survivor.

This is still a problem, Gutierrez said of domestic violence. As a community, we need to tackle this and we need to get ourselves educated to stop this.

For more information about Domestic Violence Services or how to volunteer in Umatilla County, contact 541-567-0424.