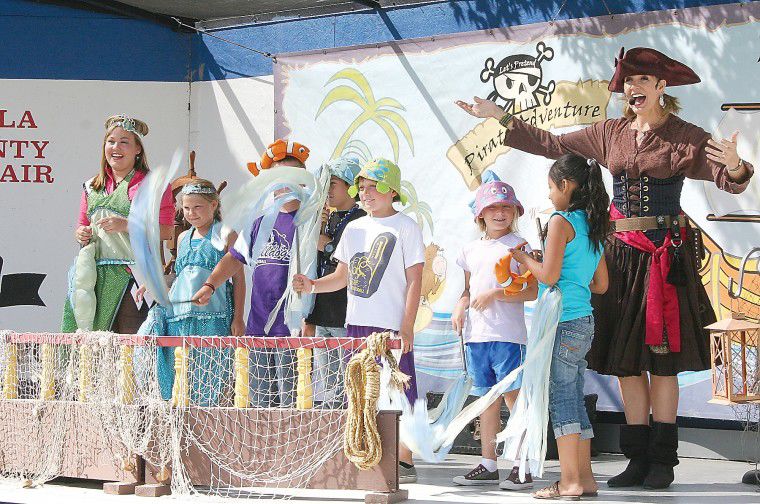 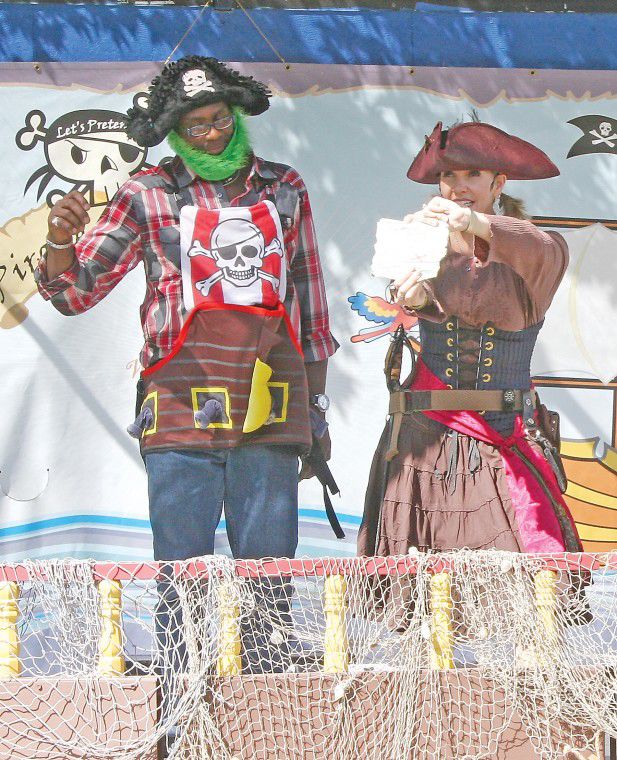 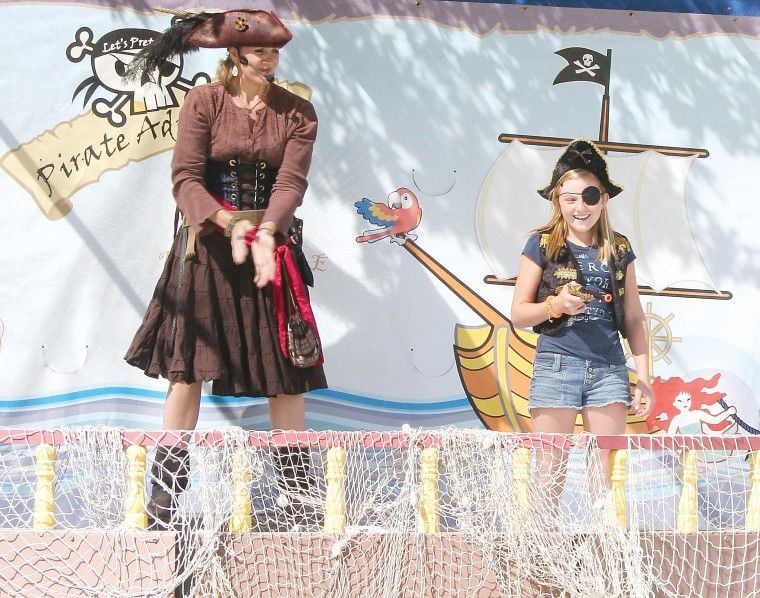 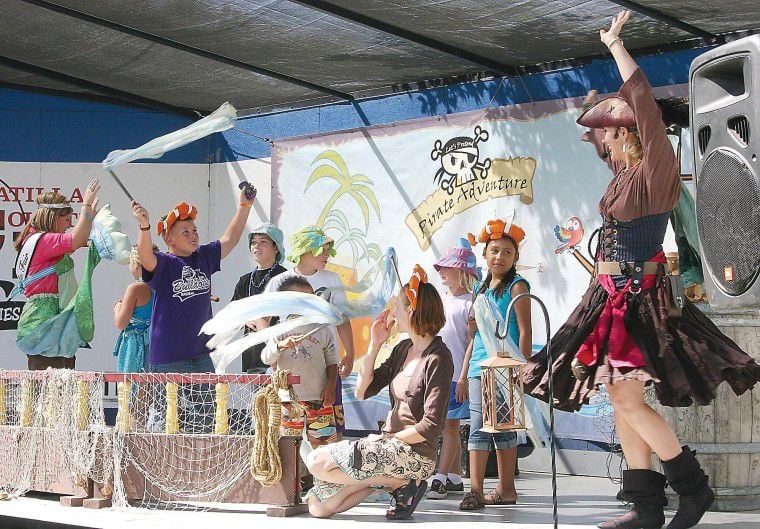 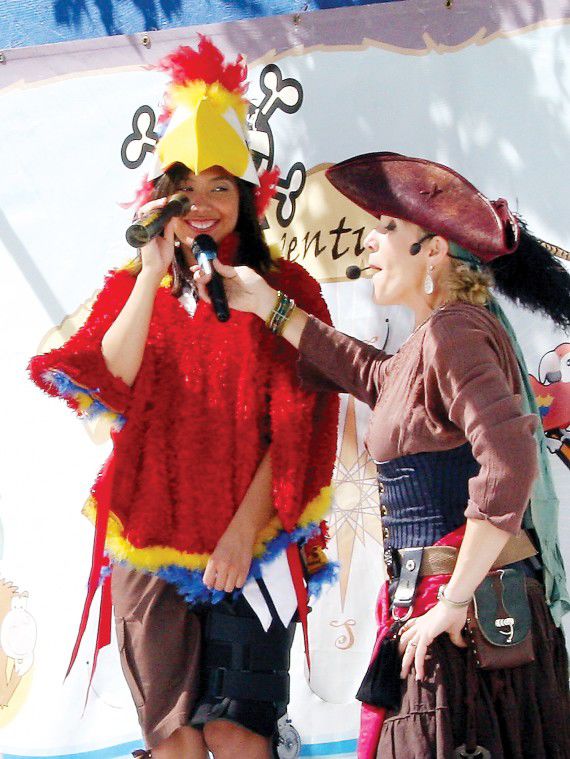 Mermaids, pirates and parrots took the stage at the Umatilla County Fair this week as part of Lets Pretend Pirate Adventure.

The interactive performance allows children  and adults  to don costumes and become characters in a pirate-themed show. While younger children waved water wands, older children in vests and eye-patches dueled and navigated the high seas.

Even the Fair Court donned costumes for a Tuesday performance.

We just showed up because we were going to watch, and she asked if we wanted to be a part of it, Fair Queen Breanna Barton said. It was a lot of fun. Id do it again.

While Barton became a mermaid for the pirate performance, princess Maritza Ibarra, of Stanfield, took on the role of a scarlet parrot.

It brings you back to your childhood, Ibarra said. It was fun, and it makes you use your imagination.

Developing imagination is one of the goals of the performance and the company behind it, Lets Pretend Entertainment.

We want to encourage kids to exercise their imagination, Lets Pretend owner Elisa Hays said Tuesday. I believe very firmly that imagination has the power to change the world.

Based out of Puyallup, Wash., Lets Pretend has two teams of performers that travel throughout the United States. This year is the third time a team has stopped at the Umatilla County Fair.

Each time weve done a difference show, and we love it, Hays said. Weve had great audiences, full shows. Weve had kids in the shows who were here in previous shows. They come back looking for it.

But, Hays said, Lets Pretend isnt only for children.

We want grown-ups to play like kids play, she said. Its sad that we lose touch of play as we get older.

Hays is no stranger to play. Tuesday, she led performances as Captain Merry Mary and convinced audience adults, including Otis Hopkins, of Pendleton, to became Captain Green Beard for an hour.

It was cute, Hopkins said after the show, removing a pirate hat. That was fun.