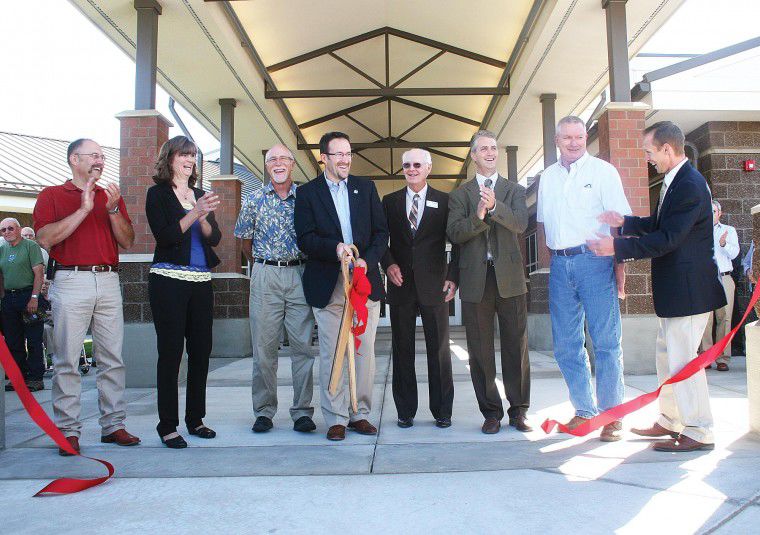 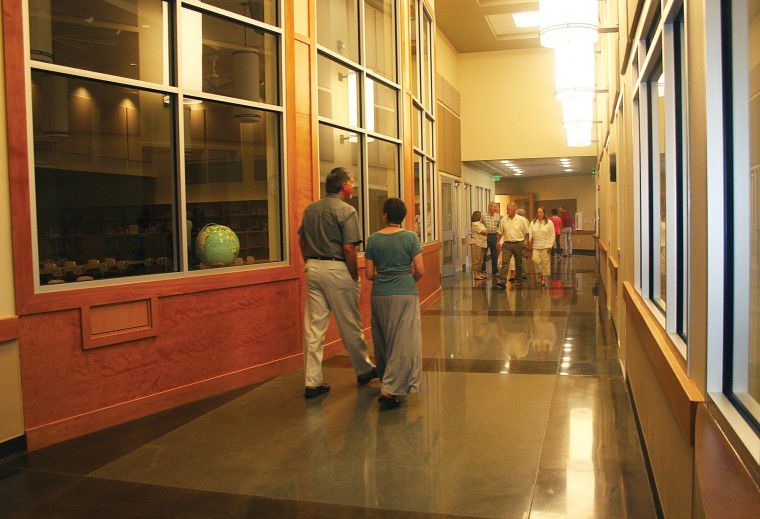 <p>Visitors walk past the library during a tour the new Armand Larive Middle School on Saturday morning.</p> 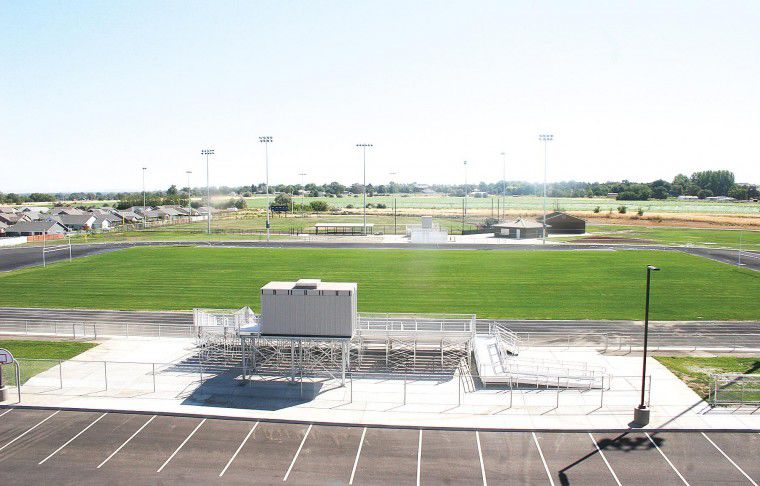 <p>Sports fields and buildings are some of the features at the new Armand Larive Middle School, shown here Saturday.</p> 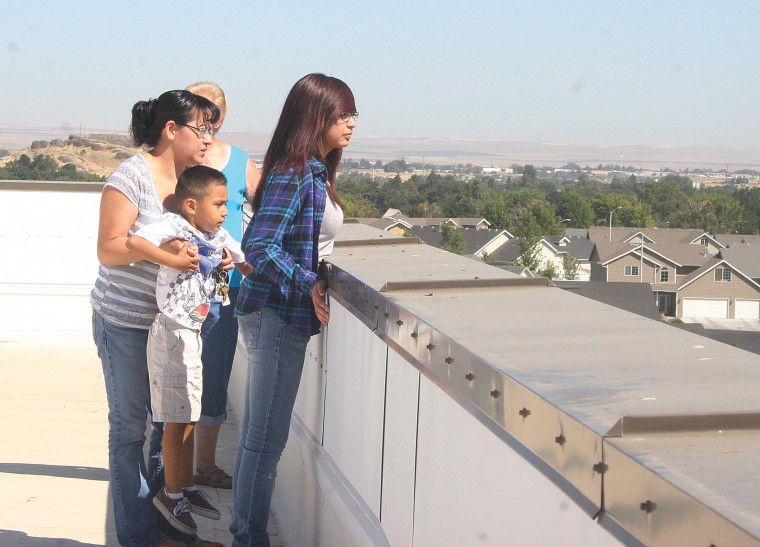 <p>Visitors take in the view from the roof of the new Armand Larive Middle School on Saturday.</p>

<p>Visitors walk past the library during a tour the new Armand Larive Middle School on Saturday morning.</p>

<p>Sports fields and buildings are some of the features at the new Armand Larive Middle School, shown here Saturday.</p>

<p>Visitors take in the view from the roof of the new Armand Larive Middle School on Saturday.</p>

Months of planning and millions of dollars came to a head Saturday as the Hermiston School District celebrated the grand opening of the new Armand Larive Middle School facility.

The school is the third to be completed  as part of a $69.9 million construction bond. West Park and Sunset elementary schools already opened.

Wade Smith, interim superintendent, described the building as functional, referencing meetings with school employees, from teachers to custodians, to determine how to make the facility efficient for those who spend the most time in it.

This building is not only beautiful, but it works, Smith said. A lot of care went into the design of this building. I would say it is the flagship middle school in the state of Oregon.

More than 200 people visited the building Saturday, from current and former district officials to a dozen members of the Larive family. They toured the building, from the entrance to the roof, with a solar system Principal Tom Spoo said can power the entire facility if the air conditioner is not running.

Im an extremely blessed person to have the opportunity to start a new job as principal and to start in a beautiful new building, he said Saturday. Its just unreal what this community did. Im excited. I cant wait for school to start.

For Jon Mishra, the former principal, the opening was bittersweet. Although Mishra has moved on to a position in the district office, he served as ALMS principal during most of the buildings construction and toured the facility multiple times a month.

Its like having a kid, he said. I saw the building grow up from being a flat piece of ground to what it is now. Its just amazing to see the blueprints come to life. This building is beautiful. Its amazing.

The school replaces the former Armand Larive Middle School  built as Union High School 75 years ago  which was demolished this summer. Former school board member Dave Drotzmann described his first impressions of the former campus as resembling a minimum security prison.

For me, that was my first impression of Armand Larive, he said. What a difference. This facility is amazing.