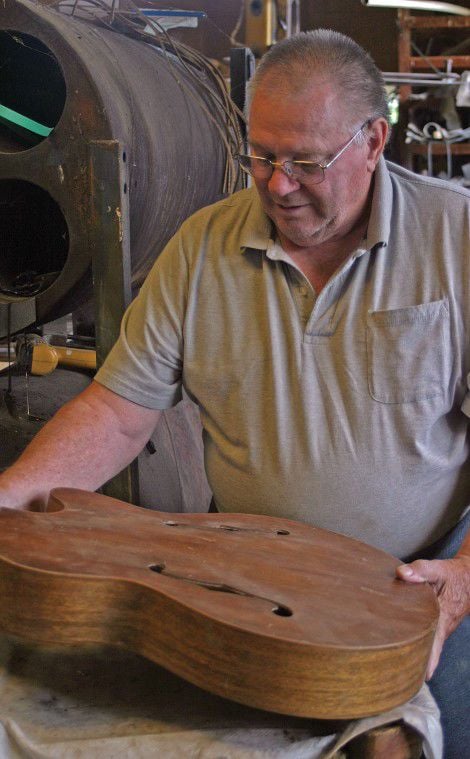 Ron Frazier, custom builder and owner of Ron's Guitars, displays a current dobro project Monday during a tour of his shop east of Hermiston. 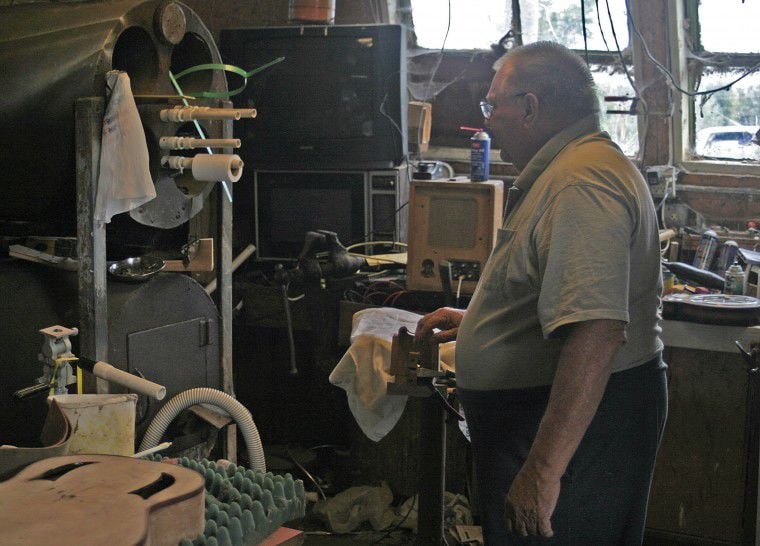 Ron Fraizer, custom builder and owner of Ron's Guitars, surveys current projects Monday during a tour of his shop east of Hermiston. 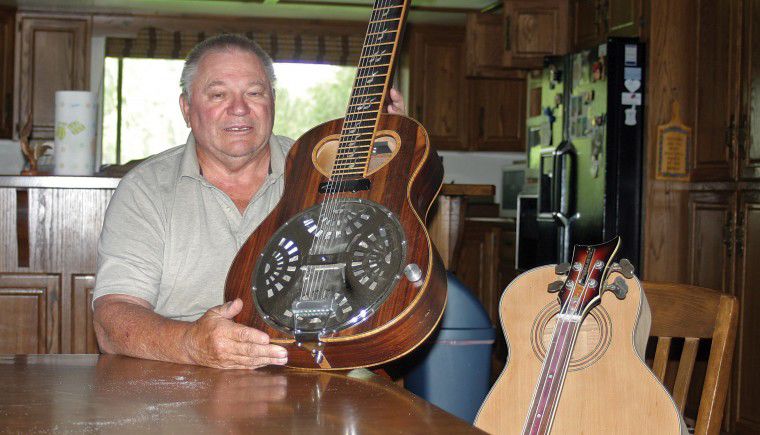 Ron Frazier, custom builder and owner of Ron's Guitars, displays a dobro and a few current projects Monday at his house east of Hermiston. 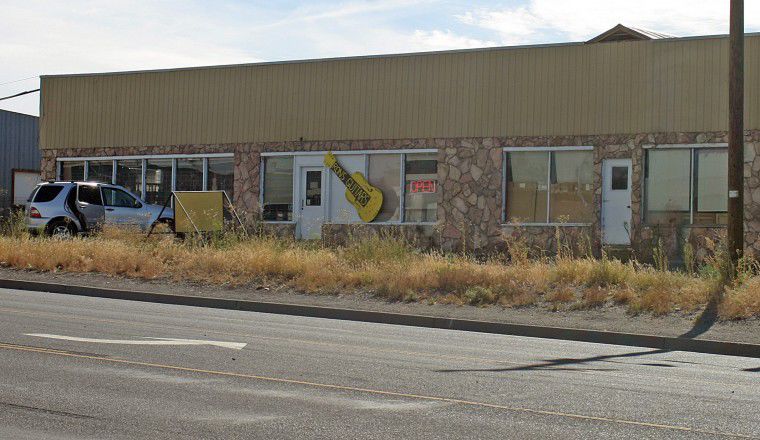 Ron's Guitars, the local resale and repair shop on Highway 395 north of Hermiston, will soon close its doors due to slow sales.

Ron Frazier, custom builder and owner of Ron's Guitars, displays a current dobro project Monday during a tour of his shop east of Hermiston.

Ron Fraizer, custom builder and owner of Ron's Guitars, surveys current projects Monday during a tour of his shop east of Hermiston.

Ron Frazier, custom builder and owner of Ron's Guitars, displays a dobro and a few current projects Monday at his house east of Hermiston.

Ron's Guitars, the local resale and repair shop on Highway 395 north of Hermiston, will soon close its doors due to slow sales.

Pluckers, sliders and players of all types will soon have their only option for repair disappear from the Hermiston area.

Ron Frazier, owner of Ron's Guitars on Highway 395 north of Hermiston, said Monday that he and his daughter Ronda will close the doors for good some time soon, though they have not set a final closing date.

Ronda has been operating the resale and repair business on her own for the past dozen years while her father continues to work from home. Business has been tough, she said.

"I've been wanting to get out for a while," she said Monday.

According to Ronda, the Internet and mail-order catalogs have doomed sales at the shop, which hosted country music jam sessions in years past.

Her father said he is not exactly sure what the future holds for the business, but he'll never quit working on instruments at his shop east of Hermiston.

While the Fraziers might be exiting the retail world, a pile of projects at that shop will keep Ron busy for years - a thought that glazed his eyes Monday morning.

"It's a lot like a mirror. Cats don't see themselves in a mirror," Frazier said. "People can play an instrument that sounds horrible, and they don't know any better.

"People play guitars, blood comes off their hands and they think it's playing good," he continued. "I can fix it so it doesn't do that."

Frazier admitted that he enjoys building instruments from scrap more than making fixes, though he said the revenue from repairs tends to shift his attitude.

Without a highway presence, Frazier said requests for those jobs might fall, which will free up time for his own projects.

A shed is the current home for those projects and all of Frazier's equipment across the yard from his home.

The curved-roof outbuilding started its life housing aspects of atomic bomb construction at the Hanford nuclear site in Washington.

From there it served as a janitorial building in Walla Walla before Frazier spotted it at a sale, piled up and waiting for a new assignment.

Frazier, who said he is a fan of old-time country and never really fancied rock n' roll, re-assembled the shed and insulated the domed walls with help from his son.

The pair, along with Frazier's wife Naomi, also built the family's house, where the married couple has lived ever since.

"He always wanted to build instruments," Naomi said. "He started when he was a kid, whittling wood."

That whittling has remained a hobby all these years, even after Frazier opened his guitar store in the 1990s.

He had been building custom cabinets since 1978. A history of family fiddling, both with strings and potential music-makers, led him to begin crafting musical instruments for others.

Frazier has built many custom dobros - a special style of resonator guitar with an aluminum cone that pushes sound - for professional musicians, including Cindy Cashdollar and Norm Hamlet, a regular in country legend Merle Haggard's band.

He said that the store on Highway 395 has seen eight break-ins over the years, and even the famous customers have had trouble keeping their Frazier customs out of thieves' hands.

Frazier said a vandal once stole a guitar from his store in daylight while the shop was open.

A few phone calls with a neighboring trash-collection service sent out an attentive net, and the police were waiting for the thief when he returned to his home, still carrying his loot.

Officers investigating a loud party in Pasco once discovered 28 of Frazier's guitars. The thieves even forgot to remove the price-tags, he said.

Despite the infrequent robberies, Frazier said he has enjoyed having the store in Hermiston, though he is still a little timid about playing his products himself.

"I'm not a musician," he said. "I just play a bit, enough to set everything up right."

"Seeing Norm [Hamlet] play his dobro I made for him, that's what brings a tear to my eye," he said. "That's what turns me on."

Frazier said Merle Haggard and his band are performing on the Late Show with David Letterman soon.

While a custom guitar built in Hermiston is not guaranteed to show its face on stage that night, at least one area resident will be watching - and listening - closely.