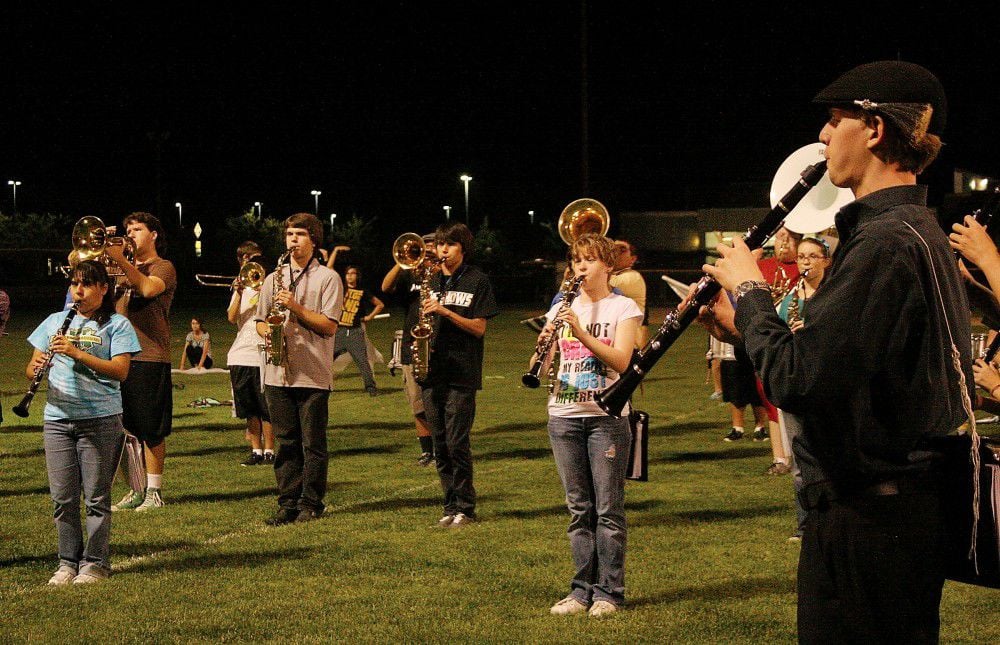 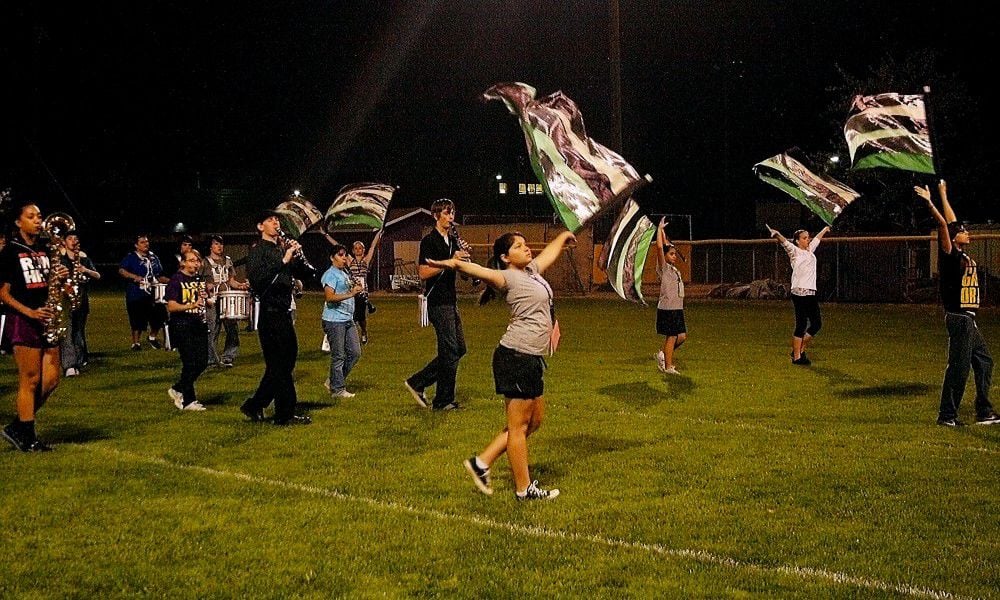 <p>Band members and color guard rehearse formations together during an evening practice at Hermiston High School.</p> 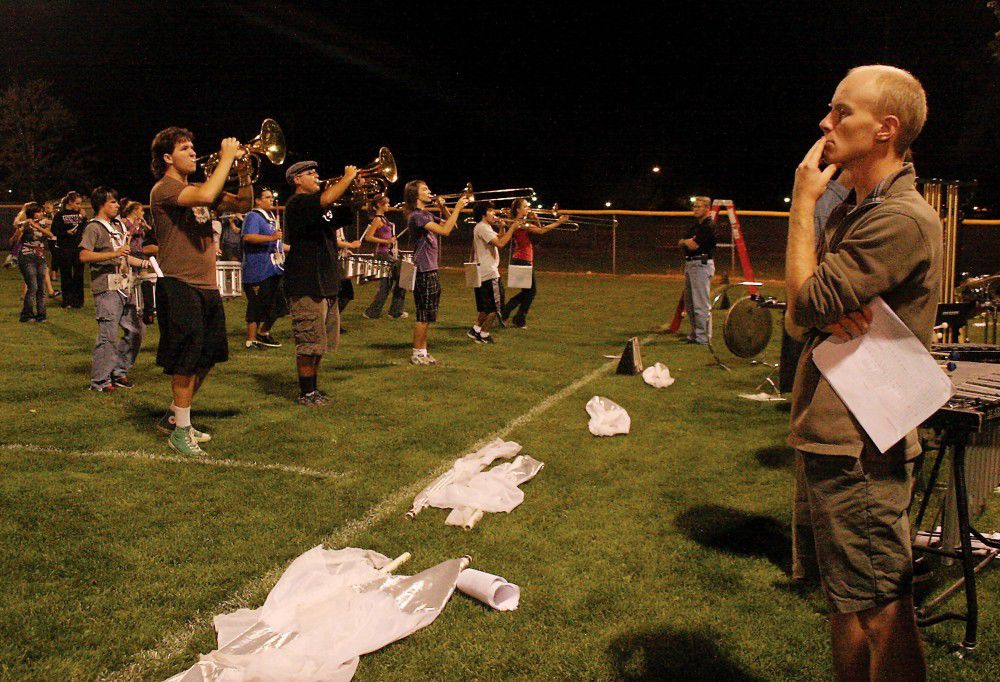 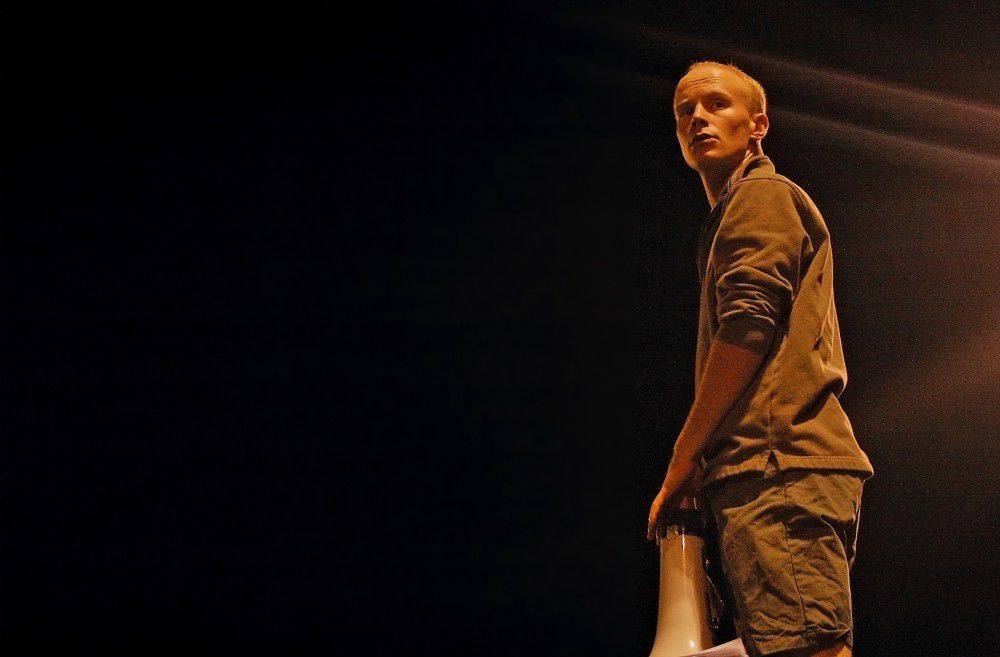 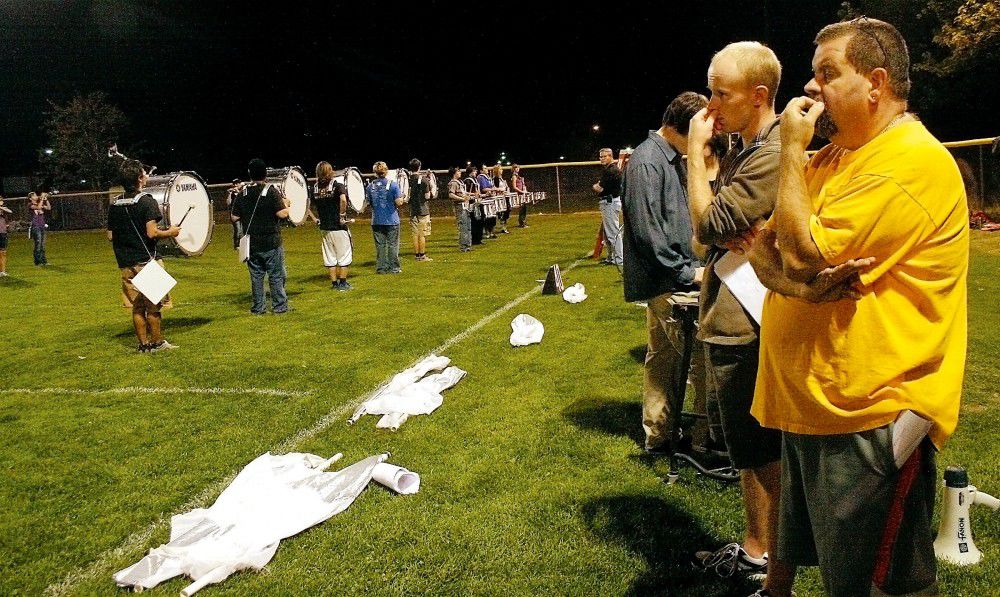 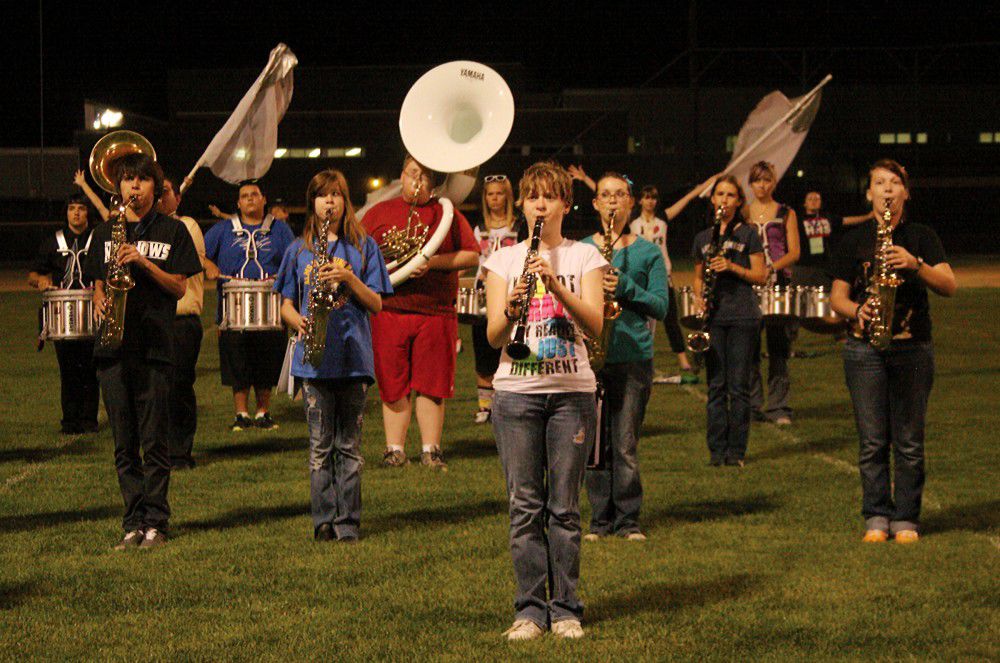 <p>Band members and color guard rehearse formations together during an evening practice at Hermiston High School.</p>

New leadership, new moves and new music are all on the field for the Hermiston High School band program this year, but band members have taken each change in stride.

This year marks the first for Paul Dunsmoor, director of bands for Hermiston High School.

Dunsmoor took over musical direction from Kim Walker, former band director and Hermiston Highs educator of the year last year. The band program grew greatly during Walkers tenure, and Dunsmoor said he would like to see that success continue.

For Dunsmoor, the year has already been one of change.

Hired in May, the new director moved to Hermiston in July. He first met some of his students in August before the Umatilla County Fair parade. Dunsmoor put out a call for current and past band members to add a marching flair to the summer parade. With a couple practices, the troop hit the pavement for the mile-long march.

The band then reunited with the start of the 2012-13 school year, and Dunsmoor had his first experiences teaching his own department.

Theres been classes that have completely bombed, he said with a laugh. All you can do is step back and say, Well, well try again tomorrow.

About 70 students are involved in the marching band this year, including drum line and color guard. Dunsmoor said most of the band members returned to the program; less than a dozen are freshmen. Dunsmoor said he expects that number to climb next year once he is established as the new director and can recruit participants.

Its hard the first year. A lot of the kids were shy about having a new director, they didnt know what to expect, he said.

Although he said he has had a longtime passion for music, Dunsmoor didnt always plan on being a band director. The son of a biologist, Dunsmoor said he was fascinated by his fathers work when he was a child and thought he would follow a scientific path.

I started out as a chem major in college, he said. Chemistry just wasnt what I expected. I decided it wasnt my thing and I started thinking about what I was passionate about. I went in and changed my major to music in the eighth week of my freshman year. Id always loved music, and music had always been a strong passion of mine.

A saxophone player, Dunsmoor began giving private music lessons and moved closer and closer to music education. He said he has had his share of adjustments and growing pains into his new position, but has discovered a passion for teaching as well.

Its harder than I expected. Theres only so much they can teach you in school. You can talk about it all you want, but you learn from doing, and it has a lot of challenges, he said. No matter how hard it is, there is always that moment when you can step back and just listen to the band play. You listen to the progress theyve made, and you just go, Wow, this is why you do this because you know youve made a difference.

Once you see the students succeed, you know even if you made 100 mistakes today, I still did something good.

The marching band faced its first on-field performance during Friday nights football game. This years show is a compilation of contemporary rock themes highlighting the strong points of the band.

With public performance checked off on the bands to-do list, the group is now focusing on its first competition of the year: Cavalcade of Bands Saturday in Pasco. The band will also attend two additional competitions over the year.

This year is really just trying to get my feet on the ground, pick up where Kim left off and continue, Dunsmoor said.

But Dunsmoor is putting his own touch on the curriculum. For the first time, the Oregon State University wind ensemble will play with the Hermiston band students in May, and Dunsmoor said he hopes to have students accepted into audition-based honor bands, such as the Western International Band Clinic in November in Seattle.

At Hermiston High, the director said he is also working with cheerleaders and other student groups to increase crowd involvement at football and basketball games.

I want it to be a college atmosphere where the student section and the band get along and feed off each other, increasing that energy, he said.