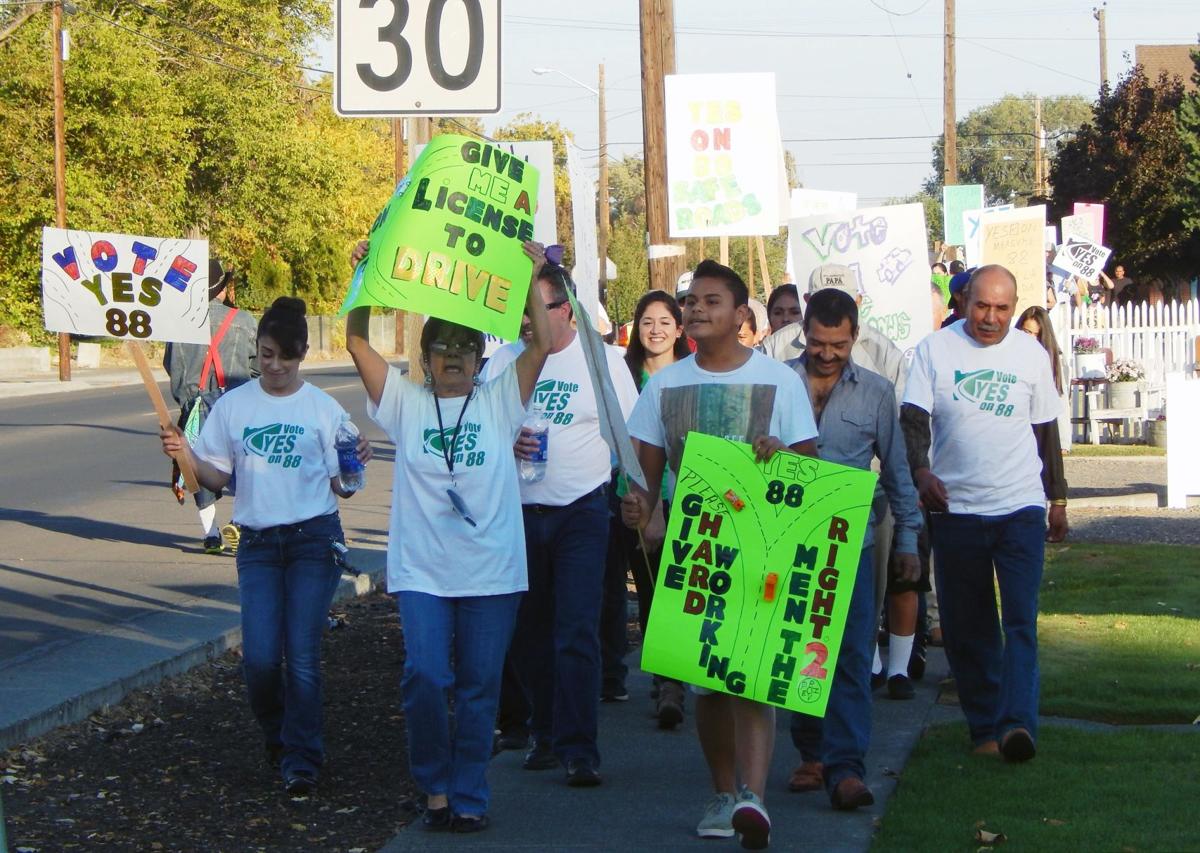 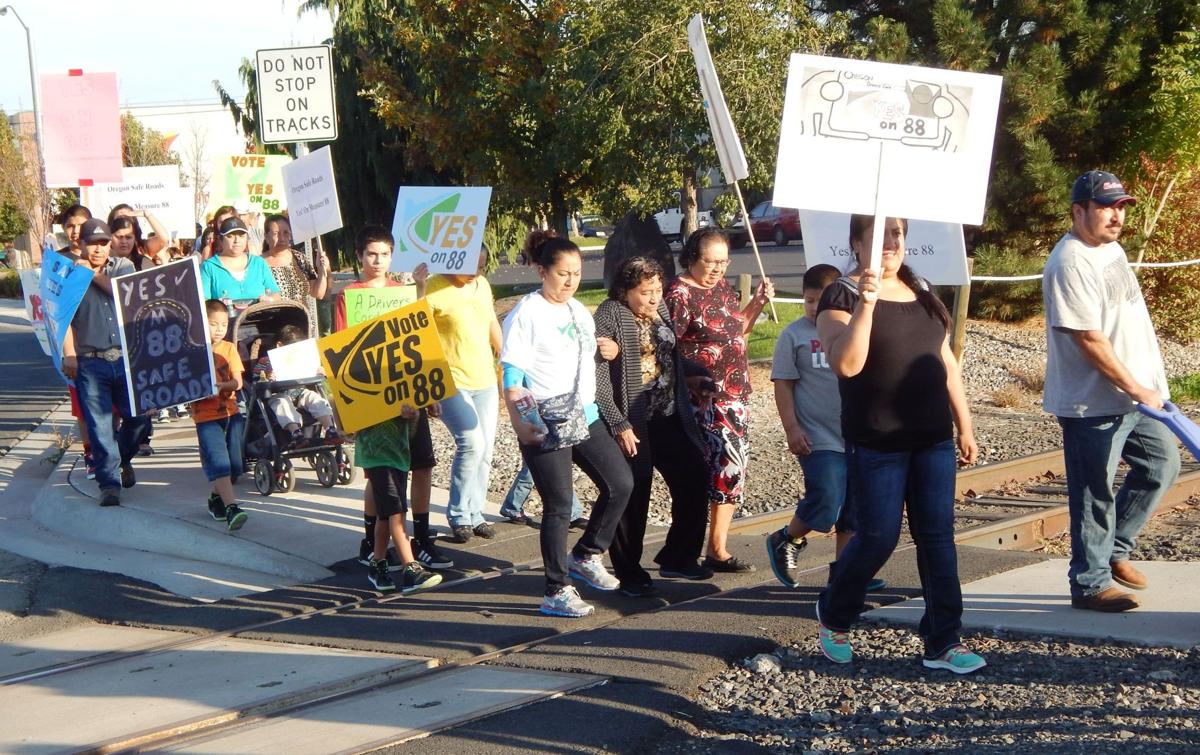 Supporters of Measure 88 cross the railroad tracks near Highway 395 during a rally. 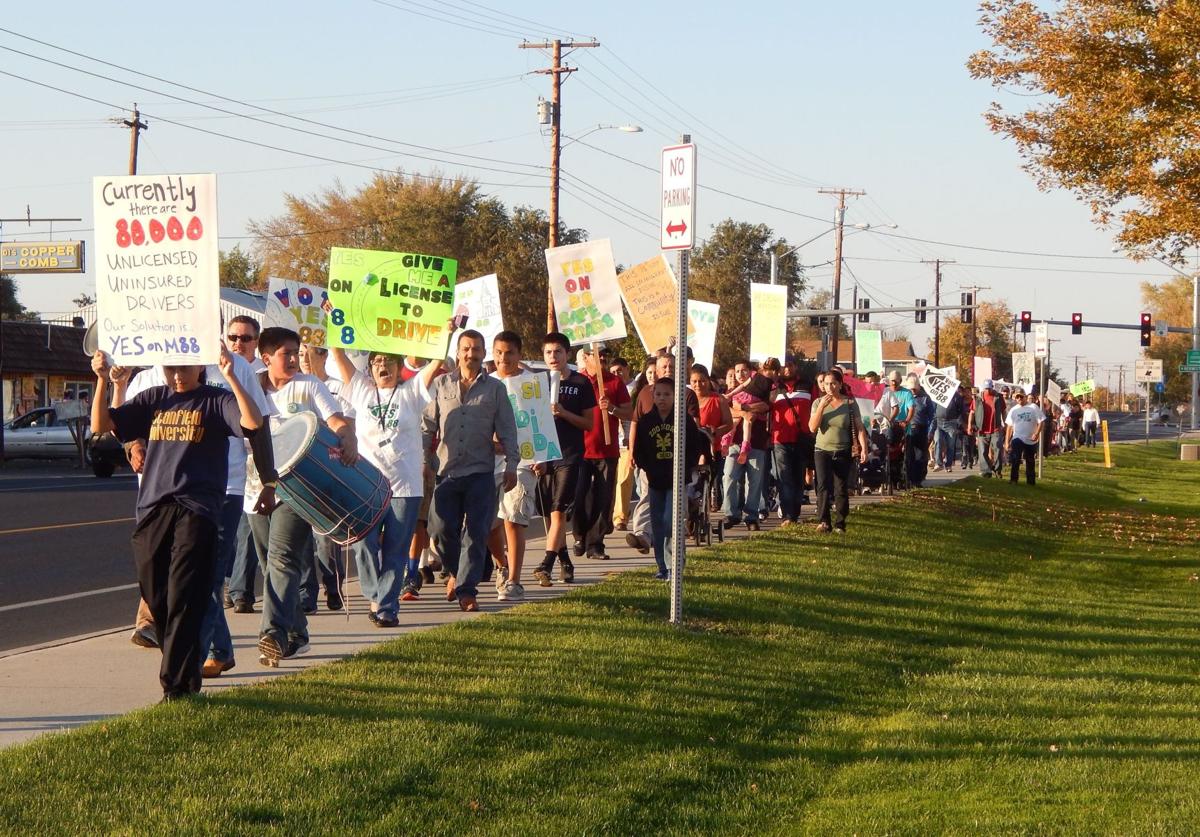 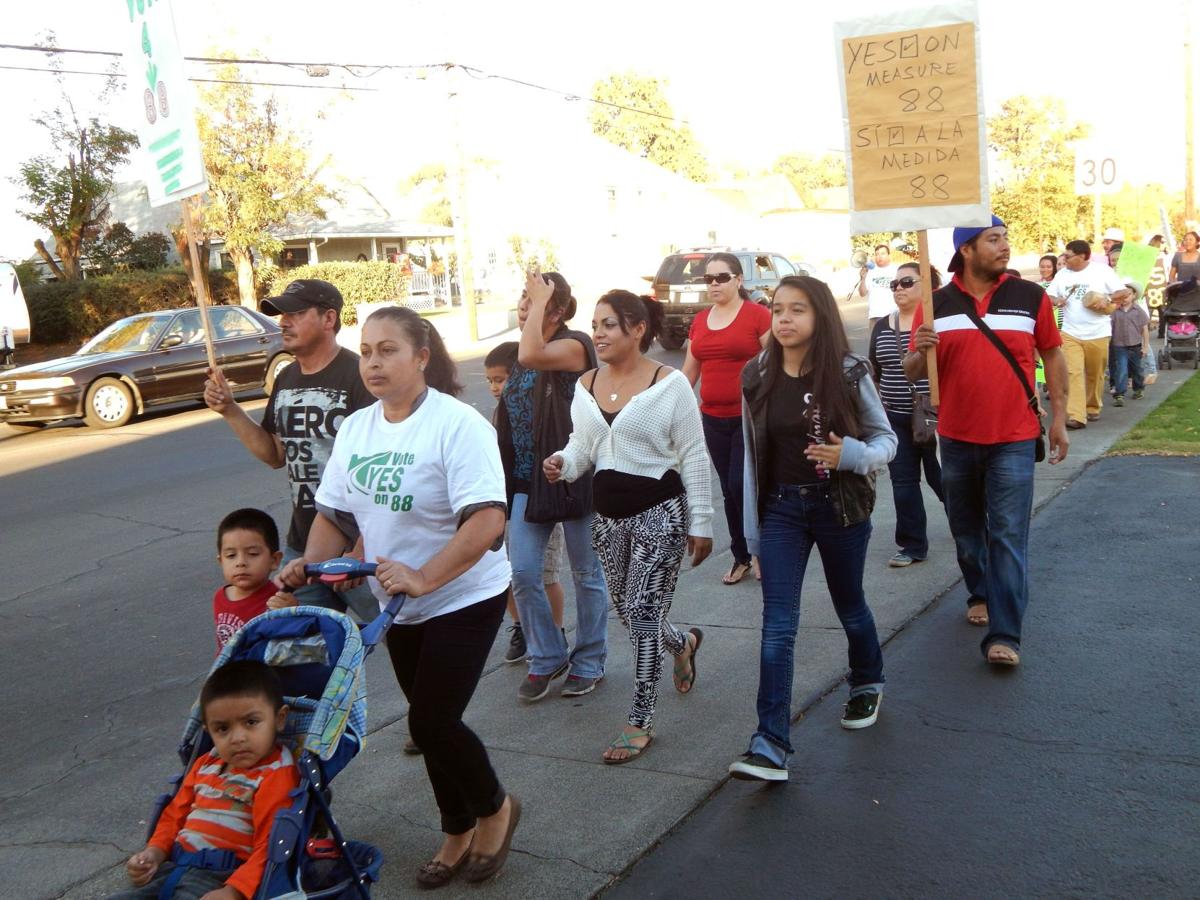 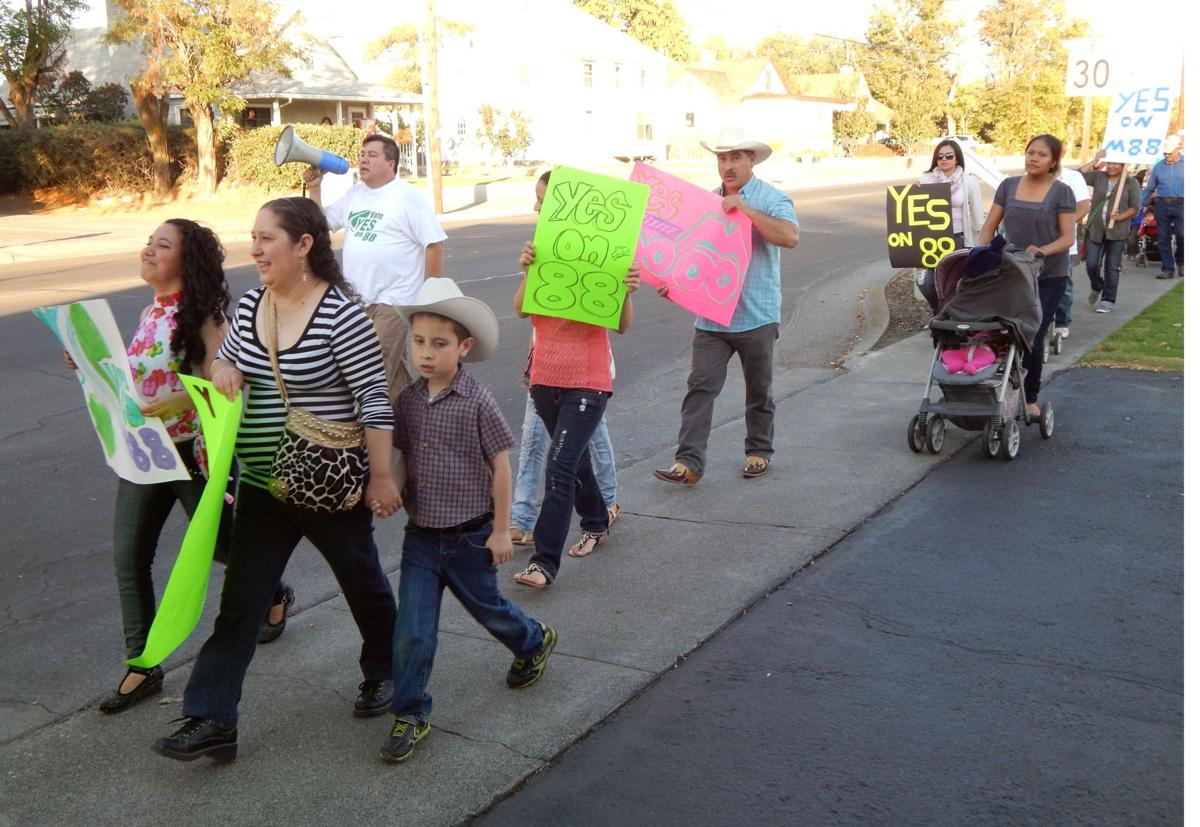 Supporters of Measure 88 cross the railroad tracks near Highway 395 during a rally.

Support for Measure 88 is at only 31 percent in the latest polls, but that didn’t stop about 150 people from rallying in support of driver cards for undocumented immigrants on Sunday.

The marchers, most of them Hispanic, hailed from Hermiston, Boardman, Irrigon, Stanfield and Umatilla. They gathered at Hermiston City Hall and walked down Hermiston Avenue to El Gran Chaparral on Southwest 11th Street, carrying signs.

“There is a lot of misunderstanding about this measure,” marcher Blanca Rodriguez said. “We want to let everyone know it’s about safe roads.”

If voters approve Measure 88, the Oregon Department of Motor Vehicles will begin issuing driver cards to people in the country illegally, allowing them to carry car insurance and drive legally in Oregon if they can pass a driving test.

Eddie de la Cruz, one of the event’s organizers, called being able to drive a human right that shouldn’t be denied to non-citizens.

“They have to go to work to feed their families,” he said. “They have to take their children to school and go to church.”

Greg Delgado of Causa Oregon said the march was a grassroots effort that began in Hermiston; he was merely there to show support. He said he was “very proud” of Hermiston’s Hispanic community members for the way they have stepped up and become activists for immigration reform and driver cards.

Delgado noted one Hermiston farm worker who speaks no English managed to register more than 250 voters by himself in the last two months.

“This is a man who works 12 hours a day in the fields,” Delgado said.

Later, after the march, Delgado addressed the crowd. He told them Measure 88 could still pass, despite being down in the polls, if the measure’s supporters turned in their ballots in larger numbers than its detractors.

“We need to talk to likely voters and get them out to vote ... That’s the way we’re going to win it,” he said.

He encouraged participants to speak to their friends, neighbors and co-workers and explain that the driver cards would benefit everyone by making sure drivers were insured and had passed a driving test.

“We’re not done until Nov. 4, and we’re going to work right up until that day,” he said.