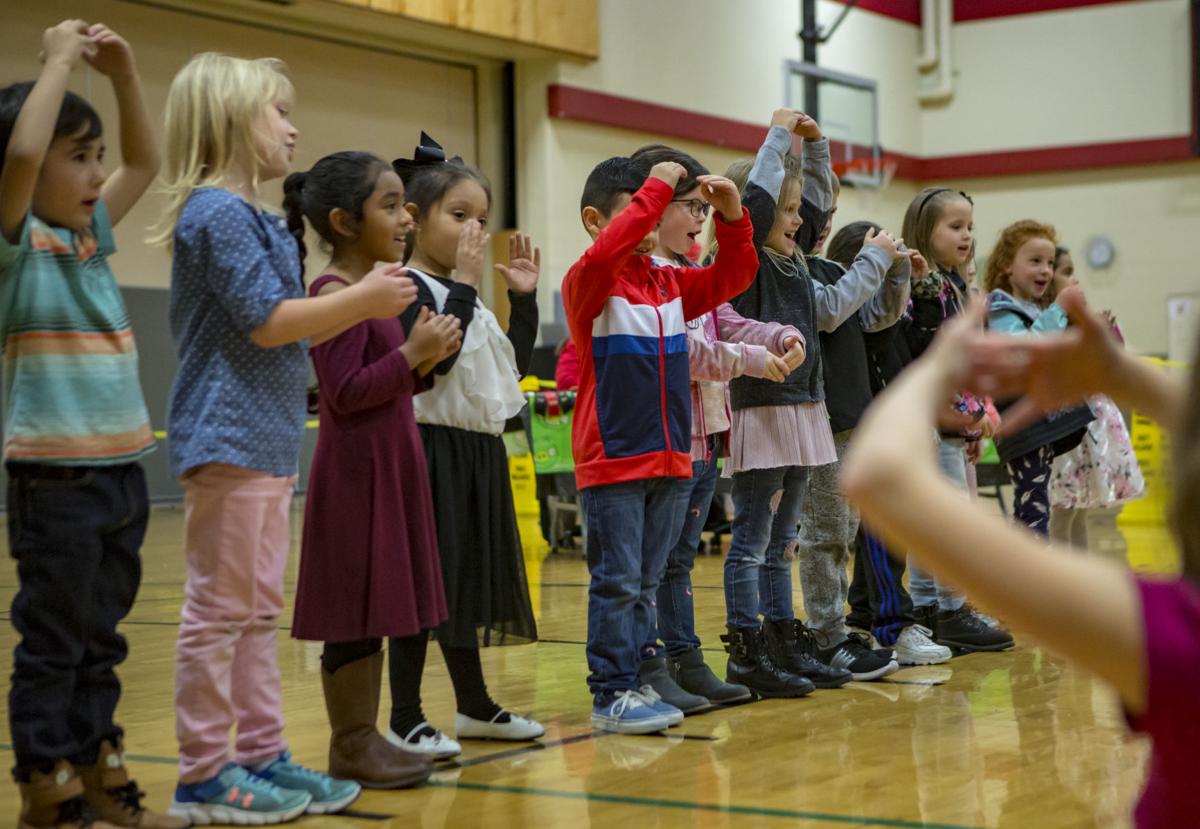 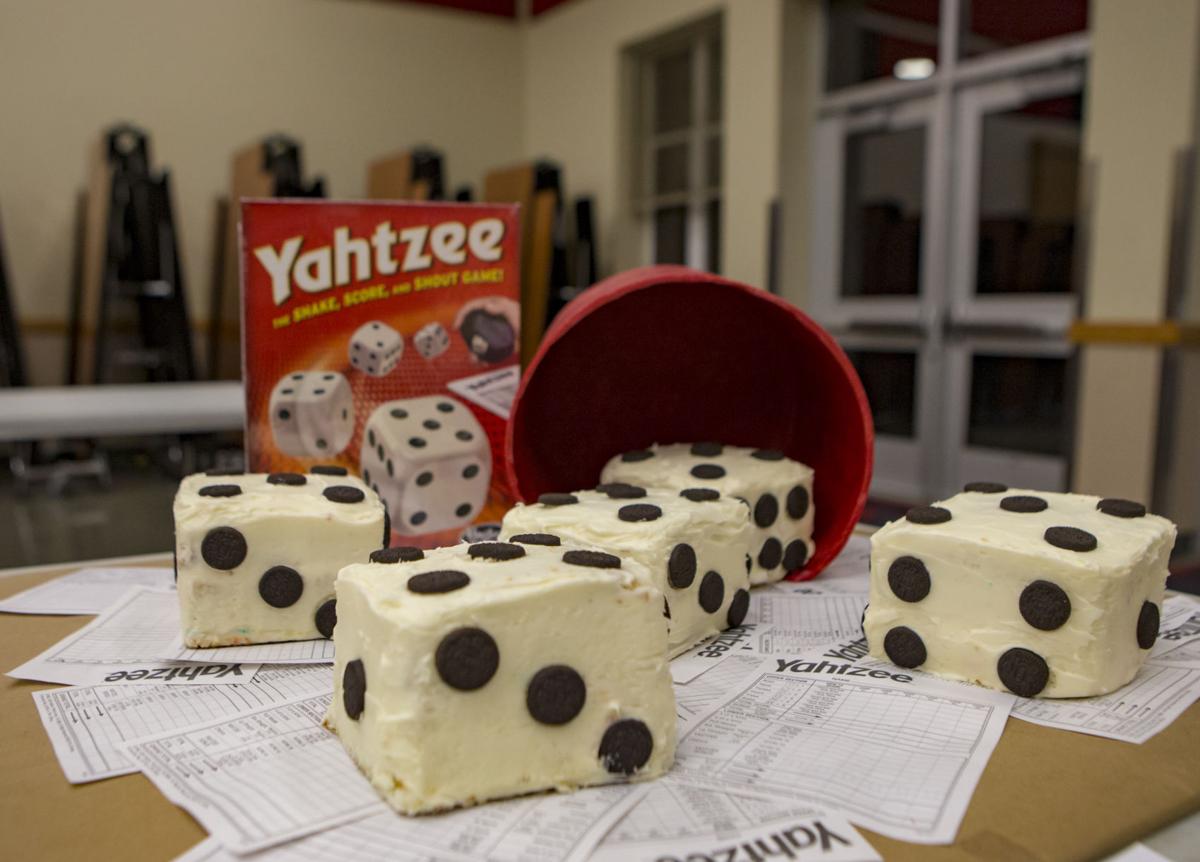 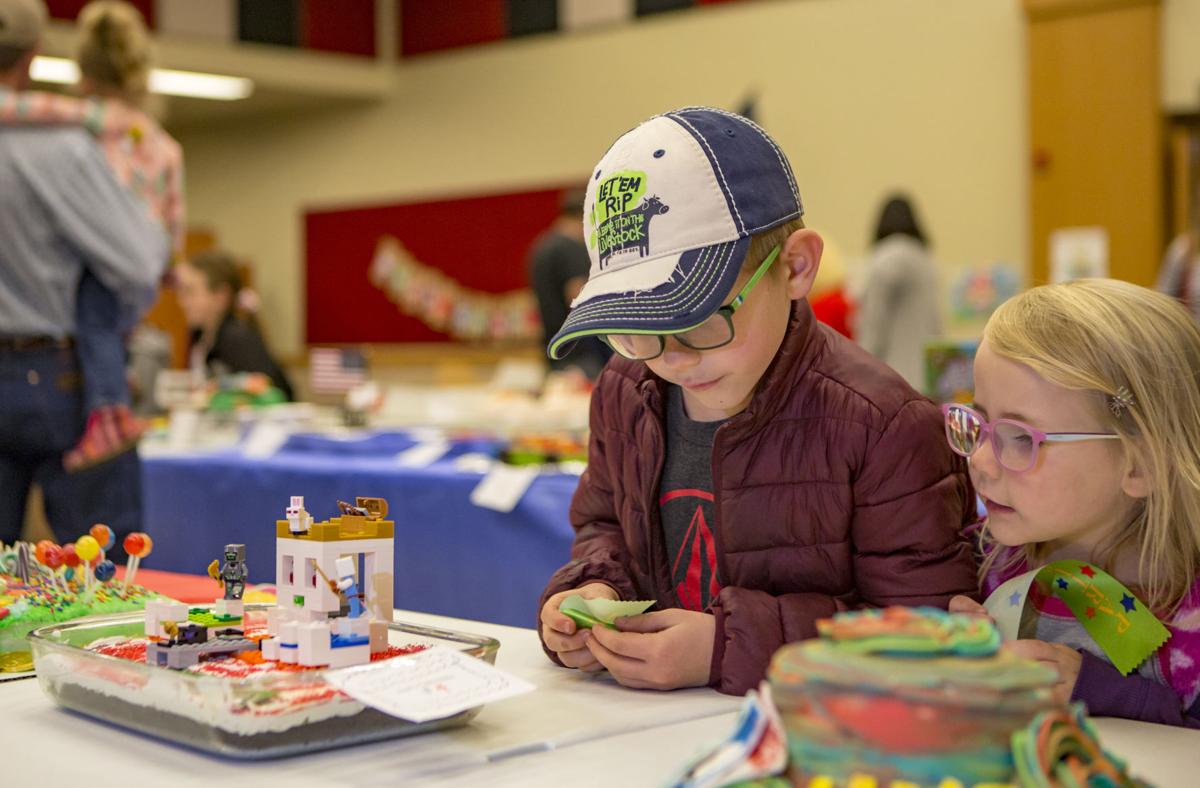 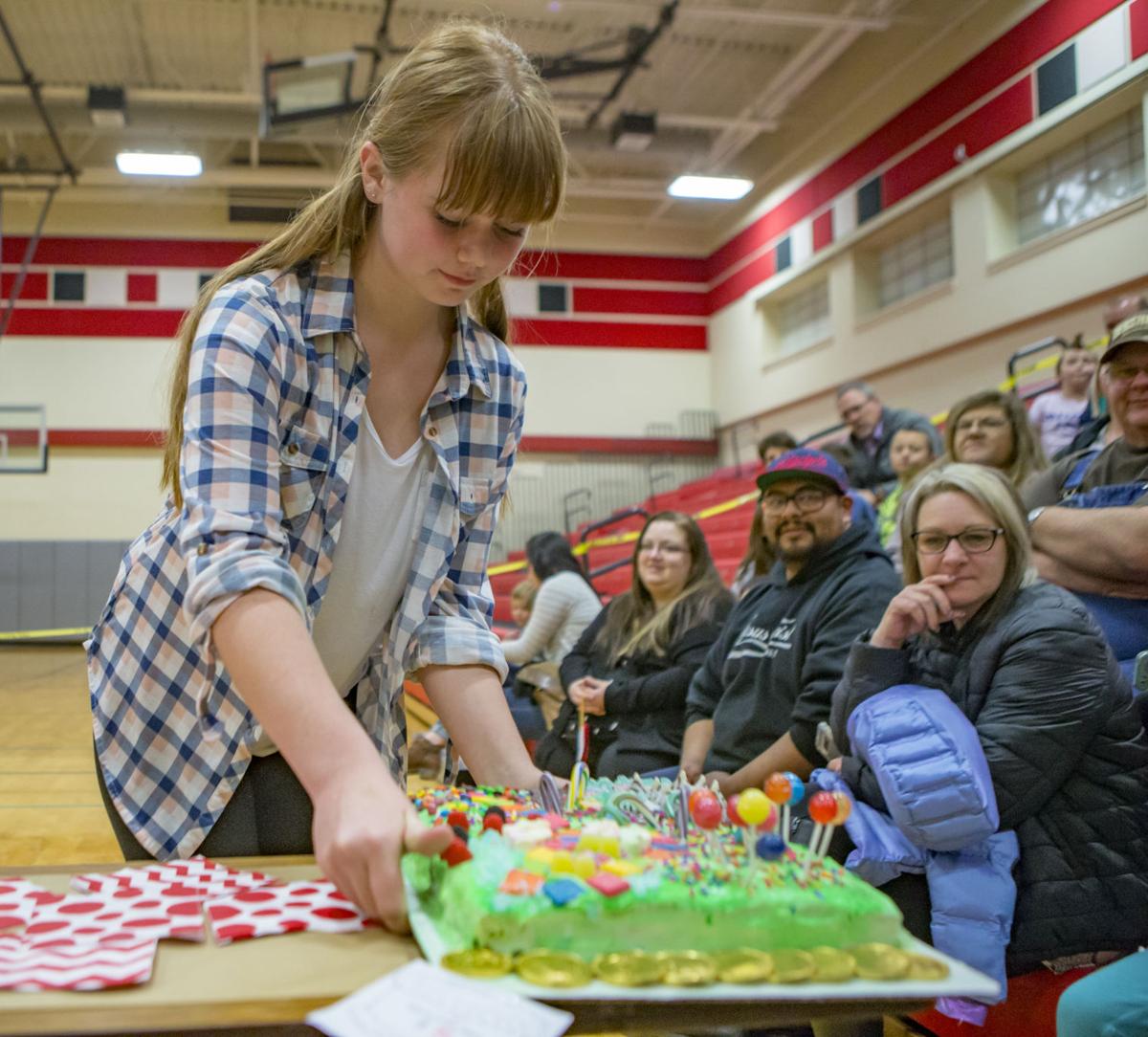 She brought a small white cake from the grocery store for the contest and auction, and it would be the last cake for parents to bid on that night.

On one hand, she was worried no one would buy the cake. On the other, she didn’t want to bid farewell to the lacy frosting and sparkly cake-topper.

“This is special and so fun and all of the cakes look delicious,” she said.

Glendy wasn’t the only one who had a stake in the cake bake, where kids and parents go all-out to make cakes to auction off. This year’s theme was “family game night,” and all the proceeds from the auction were donated to the West Park Parent Teacher Organization.

It was Brody Depew’s fourth cake bake. The third grader, 8, and his mother crafted a larger-than-life game of Yahtzee. Each die was an individual rainbow chip cake with chocolate cookie dots and cherry frosting. The iconic red cup, tilted on its side and spilling out the dice, was composed entirely of chocolate melts.

The cake won the “Most Elaborate Cake” award, and eventually sold for $95.

There were several ribbons awarded that night to parent-child teams who made unforgettable cakes. The “Most Humorous Cake” went to a family that made a Pac-Man cake with small ghost cupcakes and plenty of colorful fondant.

The “Most Original Cake” award went to a family that constructed a bright green putt-putt golf course on a sheet cake.

In total, the West Park Parent Teacher Organization raised more than $2,500 and doled out many ribbons and honorable mentions.

The highest seller was actually a pair of cakes that were dueling in the board game Battleship and frosted in bright teal. They were auctioned for $200.

According to Kathleen Dopps, a fourth grade teacher and organizer of the Dad’s Cake Bake, the auction’s beginnings are a local legend passed from PTO member to PTO member. Story has it, the cake bake started as a fundraiser in the late 1950s, when parents were advocating to get sidewalks around the school.

The goal was to raise $600, Dopps said. The city would match the rest of the funds.

“It was a big success and the sidewalks were put in. No more walking in the streets,” Dopps stated in an email to the Hermiston Herald.

Principal Kevin Headings said it was the 62nd annual Cake Bake this year.

“I think it might be the longest running event in our district,” he said.

Parents crowd the West Park gym to bid on hand-made cakes of all flavors and shapes every fall. This year, a special performance from a kindergarten class kicked off the event. The group preformed three songs, including the alphabet.

“That was phenomenal,” said Headings, who hosted the event.

Applause filled the room before members of the Hermiston High School Key Club rolled the first pair of for-sale cakes onto the center of the gym floor.

As the night drew to a close, auctioneer Ford Bonney began the bidding process for the final and 45th cake — Glendy Matias Perez’s cake. She sat in one of the front rows of the gymnasium with her mom, fidgeting with anticipation and nervousness

“No one’s bought it yet,” she said before the bidding process even commenced.

Moments later, with a diameter of just a few inches, the little white cake sold for $40. Glendy’s mouth dropped open in surprise. The night was over, and she left West Park holding her mom’s hand.