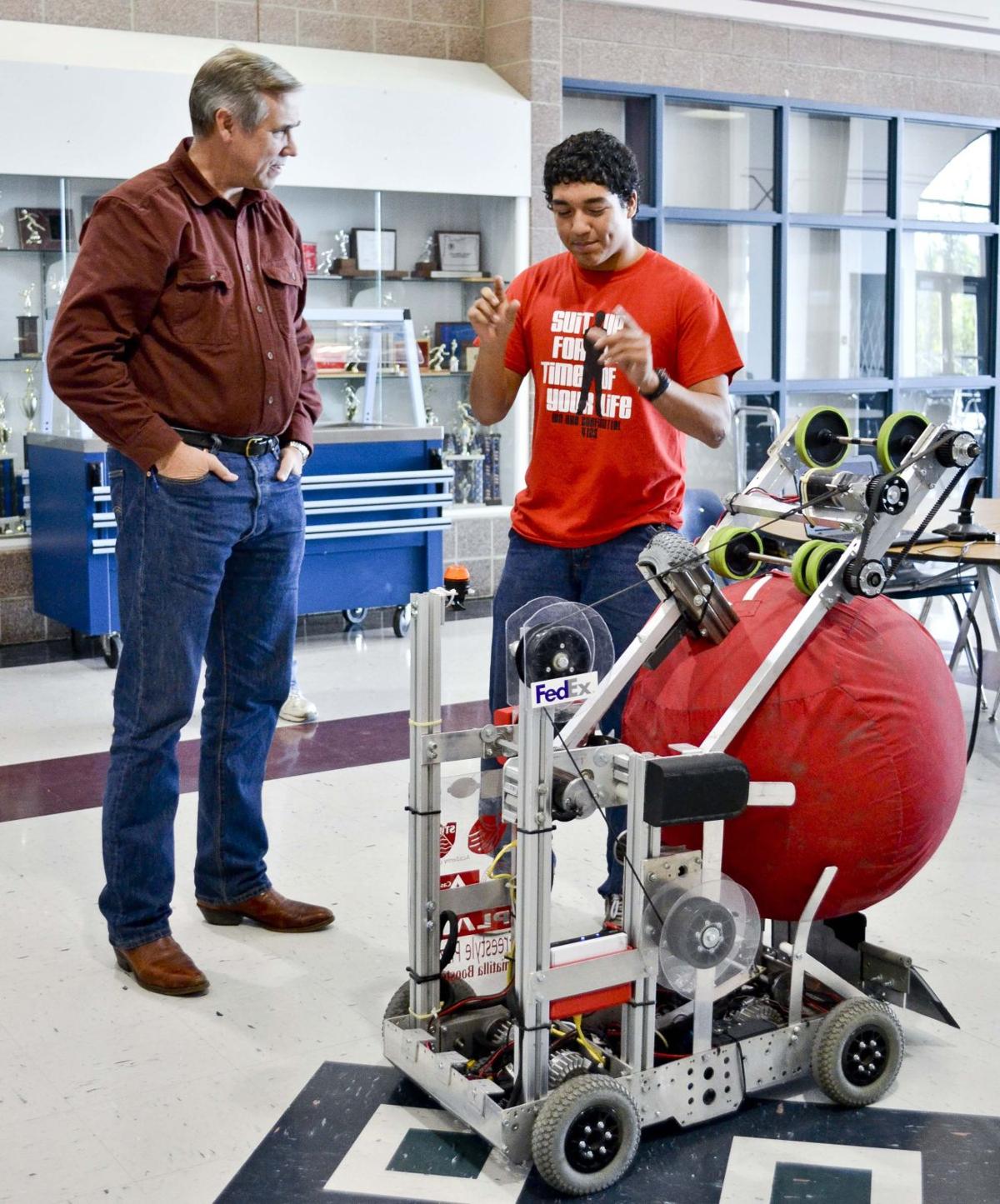 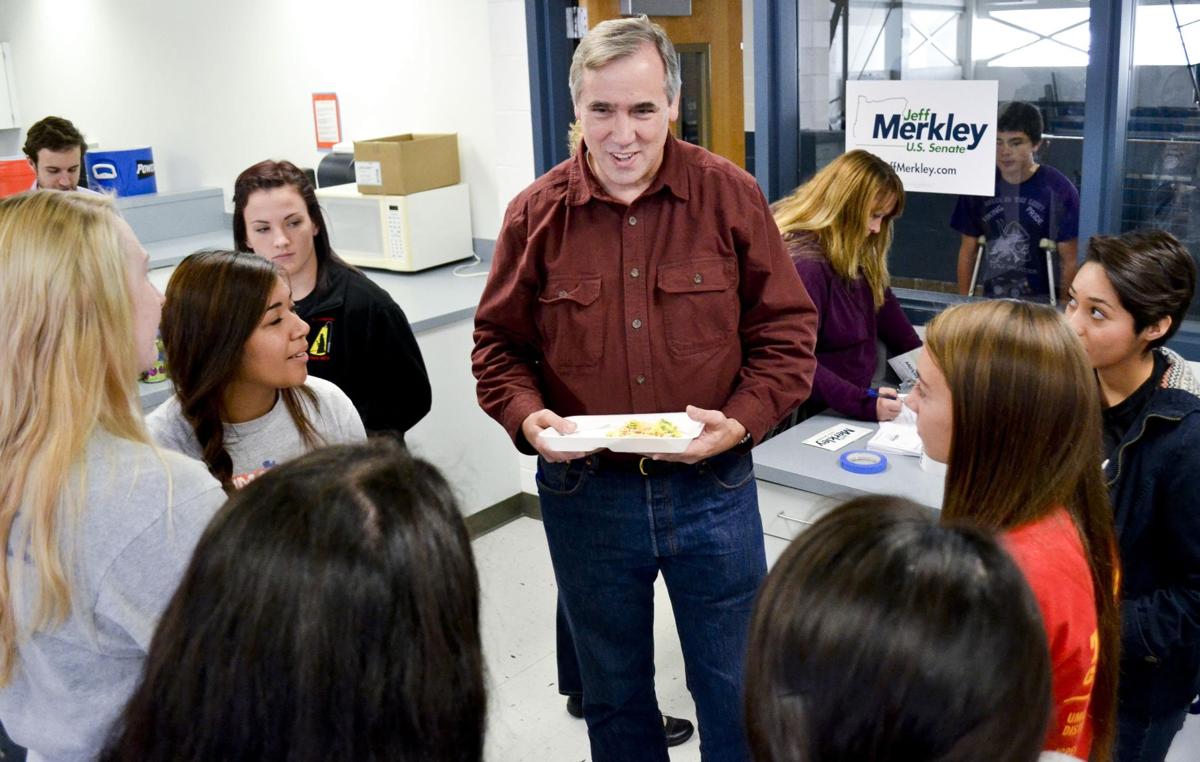 Umatilla High School wasn’t originally a stop on his 50-town tour in the state of Oregon, but when U.S. Sen. Jeff Merkley was invited by Umatilla Superintendent Heidi Sipe to see the UHS robotics program, he couldn’t pass up the opportunity.

On Sunday, Merkley ventured out to UHS to chat a bit with the students of the UHS robotics team “Confidential” about their program and the success they have enjoyed since starting up three years ago. During his visit, Merkley and the team members, ranging from freshmen to seasoned veteran seniors, talked about everything from how they all got interested in robotics to the basics of building and driving a robot.

Senior Anabel Moreno said she has been participating in the group since it was started three years ago and has seen for herself how the group has grown.

“We have improved significantly since then,” she told the senator.

Junior Antonio Moreno walked Merkley through the stages of how they built their robot and the basics that go into designing the electrical system and how to drive it.

“We have to build the robot in six weeks,” he told Merkley.

As part of last year’s challenge, Moreno told Merkley the team had to construct a robot able to shoot a 2-foot ball through goal areas both on and above the ground. During his visit, Merkley got to drive the robot and launched the ball into the air by himself.

“Oh, hey, that’s slick,” he said after driving the robot for the first time. “That’s a lot of fun.”

After discussing the basics of robotics, Merkley then talked with the students about the importance of science, technology, engineering and mathematics education and how he is trying to provide more opportunities for students in rural areas.

He said STEM opportunities are key for students as those are the skills that will be required for the jobs of today and tomorrow.

“When I talk about what it takes for us to be the leaders of today … a lot of that is high technology,” Merkley said. “This is great preparation and team building for that. I totally applaud it.”

Merkley said he was pleased to visit UHS to get a look at the program and was even more pleased the UHS team has spurred the beginnings of other robotics programs at districts throughout the county.

“This is a huge victory for our area,” he said. “There is a need for a lot more students that have these high-tech skills … It’s a superb program. Plus, it’s just a lot of fun. It puts smiles on a lot of people’s faces.”

Sipe said Merkley and his staff have always been supportive of the robotics program and the promotion of STEM education in rural communities.

Sipe said Merkley’s staff connected organizers with Deb Mumm-Hill, who helped the high school identify the NASA and the State of Oregon grants, which it received to fund the program the first year. The team has since qualified and competed at the world championships for the last two years.

“You really do work hard to help kids in rural areas,” Sipe said to Merkley. “He has been a really great support for the team. We appreciate the time he is able to give.”

Both UHS robotics coaches, Kyle Sipe and John Fisher, agreed. Fisher said Merkley has shown the team a level of support that he feels is not normal for a senator.

The students were equally thrilled to have the opportunity to show Merkley what they know and do on a daily basis.

“It is amazing that we are getting this kind of recognition in a small town like Umatilla,” Anabel Moreno said. “I can’t even process it.”

“Three years ago, we wouldn’t be thinking we would be talking to a senator,” she said. “It’s cool to see, how word is getting out and how it is expanding.”