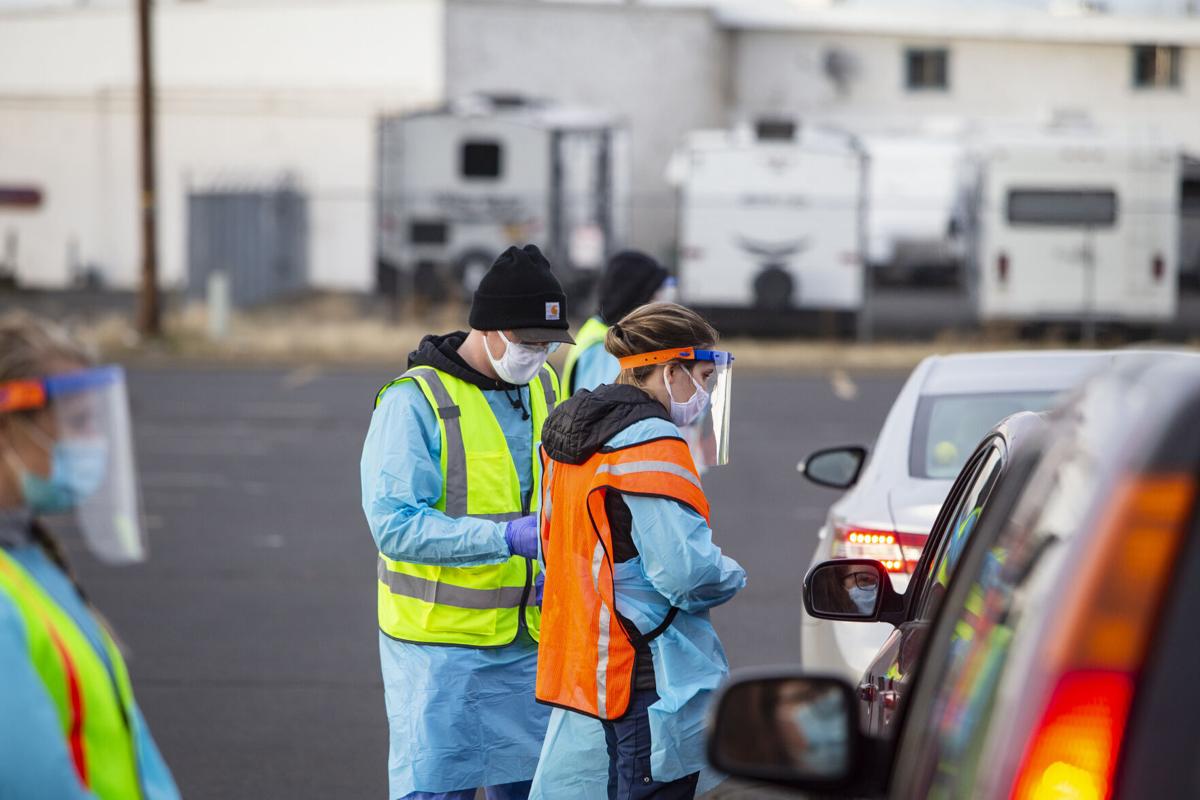 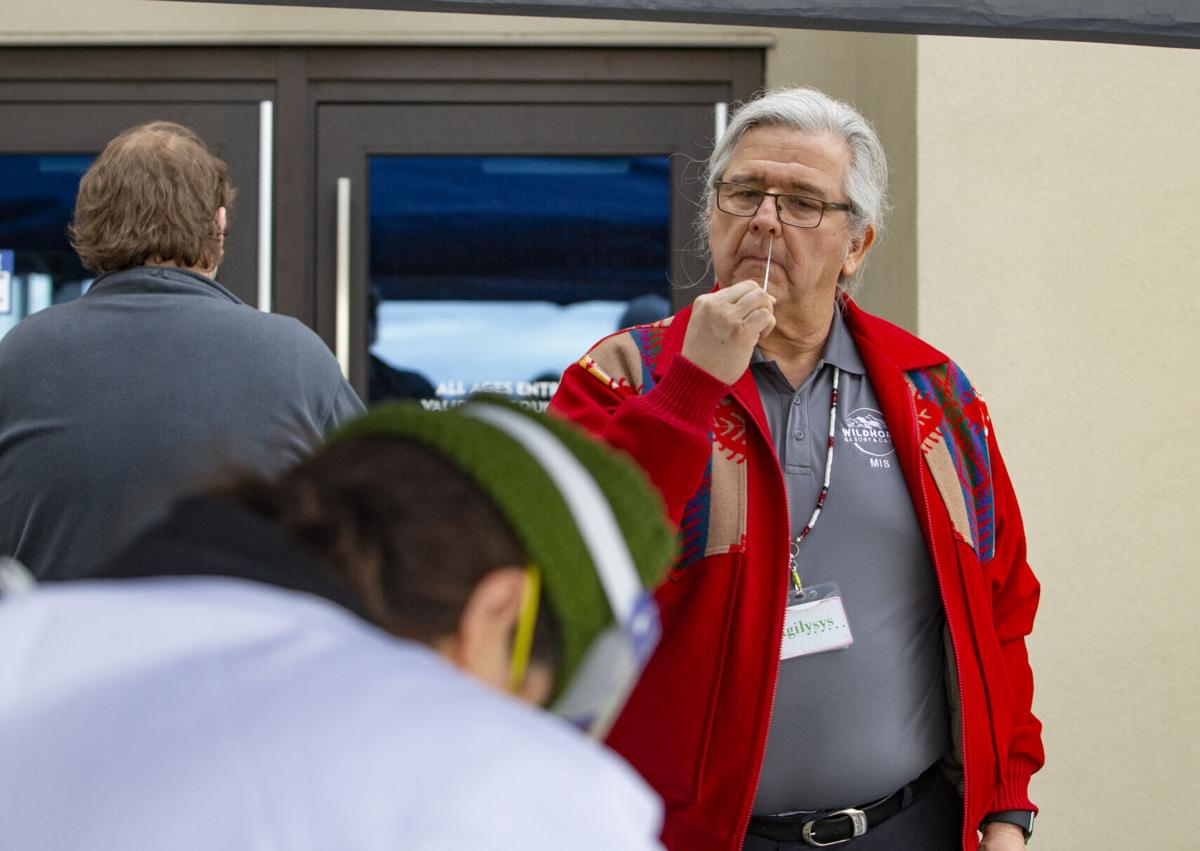 UMATILLA COUNTY — The delta variant has arrived in Eastern Oregon.

And with vaccination rates across the region lagging behind the state, the question for health experts is not if the latest and most contagious strain of COVID-19 will spread through communities, but how large the outbreak will be.

The state has reported 14 delta cases so far and three in the Oregon Health Authority’s Region 9, an area that encompasses Morrow, Umatilla, Union, Wallowa, Baker and Malheur counties. Each of those cases were reported in Umatilla County, according to Dr. Bill Messer, an associate professor in the department of microbiology and immunology and the division of infectious diseases at Oregon Health & Science University, Portland.

“The short answer is that we, collectively the state, we want to sequence absolutely every specimen we can get our hands on,” Messer said. “But there are logistical problems for that, particularly for the Eastern Oregon counties and rural hospitals.”

According to Messer, the state is two weeks behind in its sequencing. That means cases reported since June 15 have not been confirmed as delta or not.

“There is a lag there, and a lot of cases in those lags,” Messer said.

Cases have declined across Oregon in recent weeks as the state reached its goal of 70% of residents vaccinated. Meanwhile, some less-vaccinated Eastern Oregon counties, including Baker and Umatilla counties, have reported sharp case spikes.

Umatilla County — where nearly 33% of residents are vaccinated — has reported some of the highest daily case counts statewide in recent weeks. From July 6 to July 9, Umatilla County reported 67 cases. And since mid-June, the county has reported at least 260 cases, according to county health data.

“We’re actually curious to know if this uptick in cases is due to the delta variant,” Messer said. “I would be very surprised if it wasn’t.”

What you need to know about delta

The delta variant, first identified in India in December 2020, is the most “fit” variant of all coronavirus mutations, experts say. All viruses mutate, and as they do, they become better adapted to latch onto a host. But many experts say vaccinated people don’t need to fear the variant.

The delta variant has now spread to 96 countries. In India and Britain, two of the first countries to report the delta variant, 90% of current COVID-19 cases are delta variants, according to the New York Times. The spike has prompted leaders worldwide to reinstate stay-at-home orders and restrictions on public gatherings, outdoor dining and other practices to prevent outbreaks.

And because of the uptick, the World Health Organization is encouraging residents, including those who have been vaccinated, to wear masks in public until vaccination rates increase and COVID-19 cases decrease.

The variant now accounts for roughly one in every four infections in the United States, according to the Centers for Disease Control and Prevention. However, the CDC maintains that people who have been vaccinated against COVID-19 need not wear masks.

Experts say it still is too early to tell for sure if the variant creates more severe symptoms, though the strain’s arrival in places such as Los Angeles County led to increased hospitalizations and prompted the health department to recommend even vaccinated residents to don facial protection.

The variant is hitting unvaccinated areas of the country particularly hard, including some southern states. That’s what has some health experts worried about Eastern Oregon, where three of the state’s five least-vaccinated counties are.

But now that Oregon lifted its pandemic restrictions last week, health officials are growing increasingly concerned cases will rise once again as the masks come off and large summer events are underway.

“I want to be optimistic that everyone’s learned a lot from this last year, and that will help to prevent the spread of illness,” said Alisha Lundgren, deputy director for Umatilla County Public Health. “But even if restrictions have started to loosen, COVID has gone up in our community.”

Lundgren said the number of cases being traced back to social gatherings has recently increased.

“That’s the first time we’ve seen that since the shutdowns because hardly anyone was having gatherings,” she said. “That’s on the rise, and I think what’s going to be tricky, and it will be good to watch the variant data, but the other component that’s in place for our case numbers over the next month is, everything’s open again.”

Experts agree all of the available vaccines offer protection against the variant. A study by Public Health England showed the Pfizer-BioNtech vaccine is 88% effective in eliminating the risk of getting the delta variant of COVID-19. In early studies, the Moderna and Johnson & Johnson vaccines have shown to be effective against the variant as well.

Like all vaccines, COVID-19 vaccines do not offer perfect immunity against the virus, and there is some preliminary evidence that the delta variant is better able to evade the vaccine’s protection. Even so, breakthrough cases are extremely rare, experts say, and vaccinated people still have better protection against delta are less likely to contract a severe case.

“We do know that if you’re fully vaccinated and you do get the virus, your immune system is already ready for it,” Hitzman said. “So even if you do get infected, you won’t get as sick.”

He also said there are “hardcore people out there who do not want to get vaccinated,” yet the vaccine is “the only thing that we’ve got to fight against it right now.”

With Umatilla County having reopened, and with cases gradually increasing, Lundgren said she’s monitoring the situation with caution.

“This is the moment where we ask what’s going to happen now that everything’s open,” she said. “And certainly having the delta variant get out very aggressively in our community would not help.”