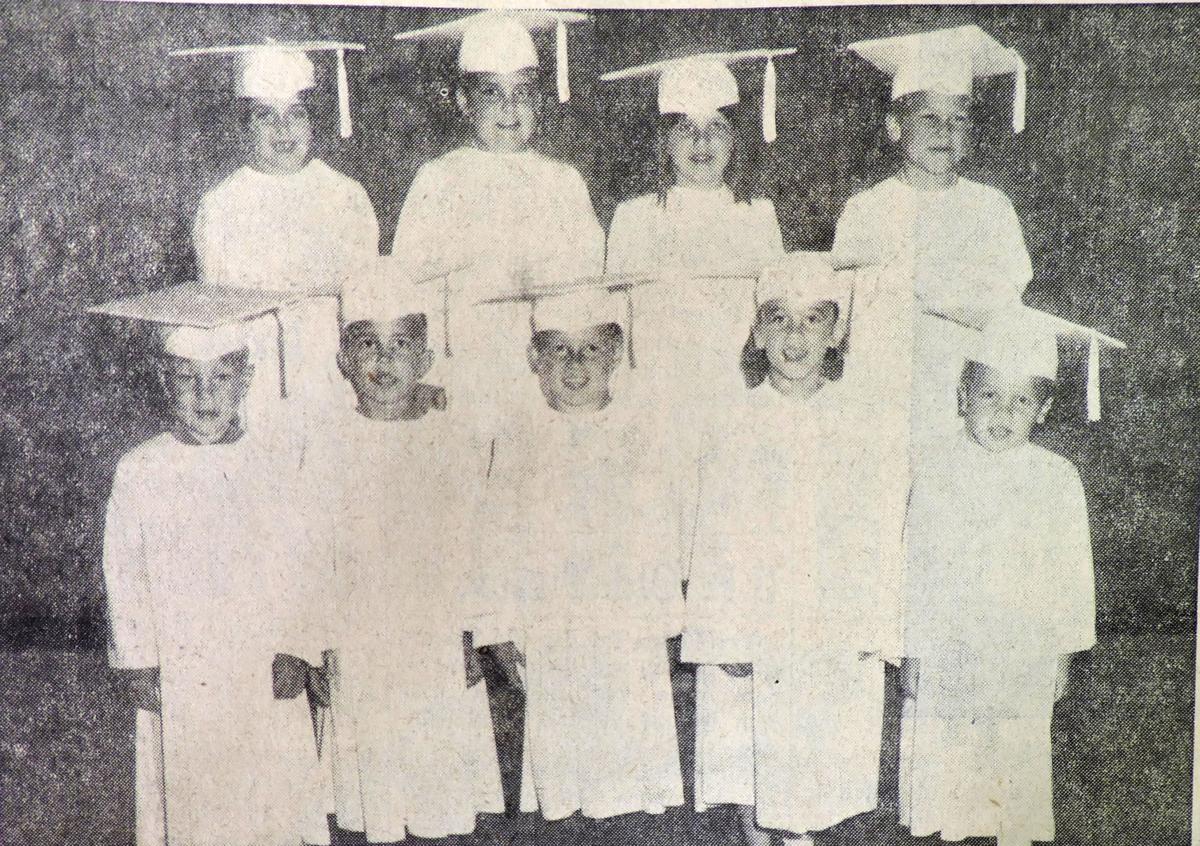 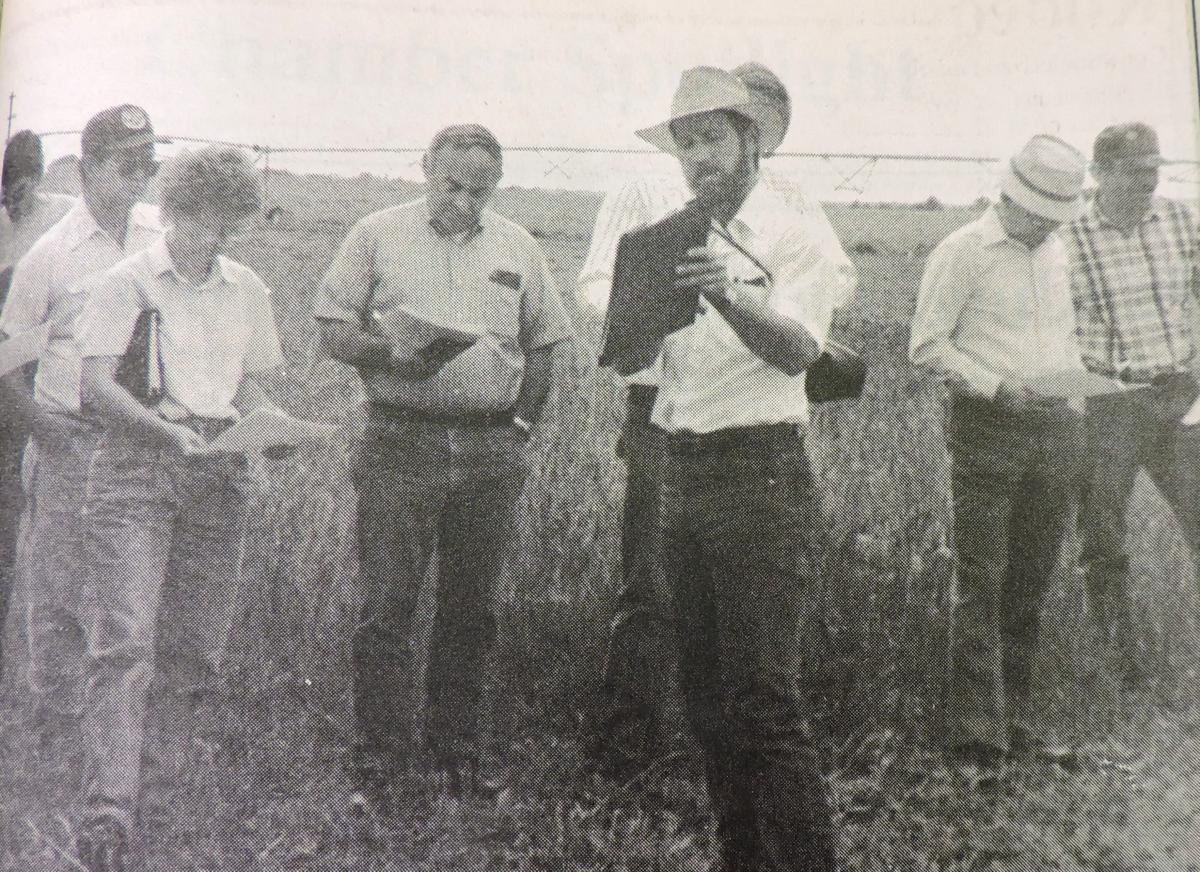 HH file photo. About 50 farmers gathered at the OSU Agricultural Research Station in Hermiston to take the Umatilla County Weed and Crop Tour in 1993. 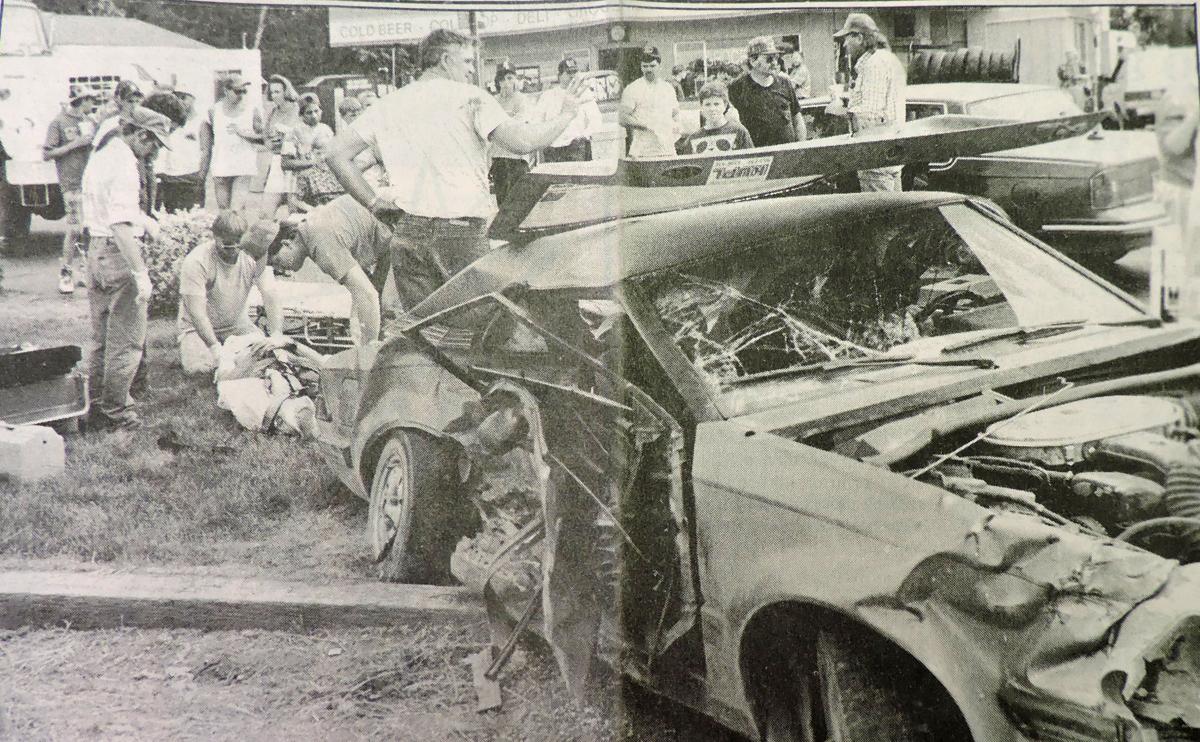 HH file photo. Emergency crews had to cut 30-year-old Clayton Edwards of The Dalles from his vehicle after it pulled out in front of another vehicle on Highway 730 in Irrigon and was struck on its side in 1993.

HH file photo. About 50 farmers gathered at the OSU Agricultural Research Station in Hermiston to take the Umatilla County Weed and Crop Tour in 1993.

HH file photo. Emergency crews had to cut 30-year-old Clayton Edwards of The Dalles from his vehicle after it pulled out in front of another vehicle on Highway 730 in Irrigon and was struck on its side in 1993.

State Senator Gordon Smith told audiences at Saturday’s town hall meeting in Hermiston that he is pleased with the work of the 1993 legislature, but some people will not be happy with the cuts made this session in Salem.

He explained that most state agencies are taking cuts, ranging from personnel to programs. Overall about 20 percent, or $1.2 billion, will be cut from Oregon’s general fund budget.

“There may be some backlash for those of us who did this job because people might not realize the impact on education, human services and corrections,” Smith said. “We’re doing a job this session, but I’m here to tell you we can’t do it again in 1995.”

Smith said there will be little to cut in 1995 without damaging the quality of life Oregonians have come to expect.

• If you live within five miles of the Umatilla Electric Co-op building you probably heard of the “tsunami test,” and wondered what was going on. And if you were near the conference room #2 of Good Shepherd Community Hospital you probably wondered why the tones of “Westminster Chimes” were playing at 3 p.m. Well, the answer is simple.

It is all part of a sales pitch by salesmen to interest people in their sirens as an early warning device for chemical emergencies at the Umatilla Army Depot. A network of these early warning sirens could appear across the area in the future and salesmen are converging on Hermiston hoping to net the multi-million contract.

Money for the sirens and other warning equipment for the Chemical Stockpile Emergency Preparedness Program is being channeled to the state and local levels through the Federal Emergency Management Agency. Last year each siren was estimated to cost more than $25,000 each. There are 43 sirens planned for the area around the depot.

Senator Wayne Mores (D-Ore.) today released the following statement from his Washington office: “Immediately upon my return today from Oregon, I entered into conversations with high officials in the Department of Agriculture and the Bureau of Land Management of the Department of the Interior to assure myself that every possible federal assistance is being made available to the farmers in the Willamette Valley who are freeze victims and to the ranchers of eastern Oregon who are facing severe problems occasioned by drought.”

“In talking with Boyd Rasmussen, head of the Bureau of Land Management, he shares the view of eastern Oregon farmers that the drought situation is the most serious situation that has faced stockmen in several years. He told me that the BLM was forced to curtail sagebrush spraying programs in some areas because there is no foliage left on the sagebrush.”

• Customers of Pacific Power & Light Company can now get a special allowance on electric air conditioning. The program will use as its rallying cry, “Remember last July?” and will offer $5 to $60 allowances to customers who buy during the promotion period.

At its meeting May 14, Westland Grange went on record with the County Court as strenuously opposing any importation of Japanese labor into Umatilla County unless any such laborers were to be used in road camps or other places where they could be kept under strict guard.

A group from Westland with other Grangers from the county visited Columbia Grange Tuesday and spent a very pleasant evening.

• With the approach of warm weather, activities in the community are picking up and a “young man’s fancy turns to thoughts of love.” However, the Herald reporter has noticed that the old-timers on Main Street have failed to respond to the treatment.

Included in that category are F.B. Swayze, W. J. Warner and E.P. Dodd who have been taking turns this week spending part of the time in bed and the rest bemoaning their conditions.

The community as a whole hereby sends them a greeting and wishes each of them a speedy recovery.

Though the Herald reporter has known for some time of the numerous thefts of automobiles by night joy riders, he has refrained from making this matter public, knowing full well that the less publicity it received the sooner the “gang” would hang themselves by their own rope. The climax came one night the latter part of last week after certain of them had taken Art Spinning’s car out for a little ramble. By a well-directed system of sleuth work the bunch was rounded up a day or so later and given the once-over.

While they were let off on probation, their names, together with the rest of the members of this vicious organization that have since been learned, are on record, and the next car that goes out on a joy riding trip without its owner will be a signal for a little reform school work.

The names of this bunch of boys and young men have been handed to us, but again we refrain from giving them publicity, principally for the sake of their parents, and partly to see if they will reform.

• North Ridge residents in the neighborhood of the Hoffman ranch turned out en masse Friday of last week when the alarm was given that the four-year-old son of Mr. and Mrs. Hoffman was missing from home, and diligent search on the part of the parents had been unavailing in locating him. The little fellow was finally found safe by one of the searching party in an orchard three-quarters of a mile distant from the ranch, where he had sat down under a tree all tired out and bewildered.

• In response to a call for the entrainment of 54 draft men, the Umatilla County draft board has issued a call for 66 men to appear before them in Pendleton next Wednesday, May 29. This being the largest body of drafted men to be sent from this county, they will go in five groups, the last group to leave on the third of June.