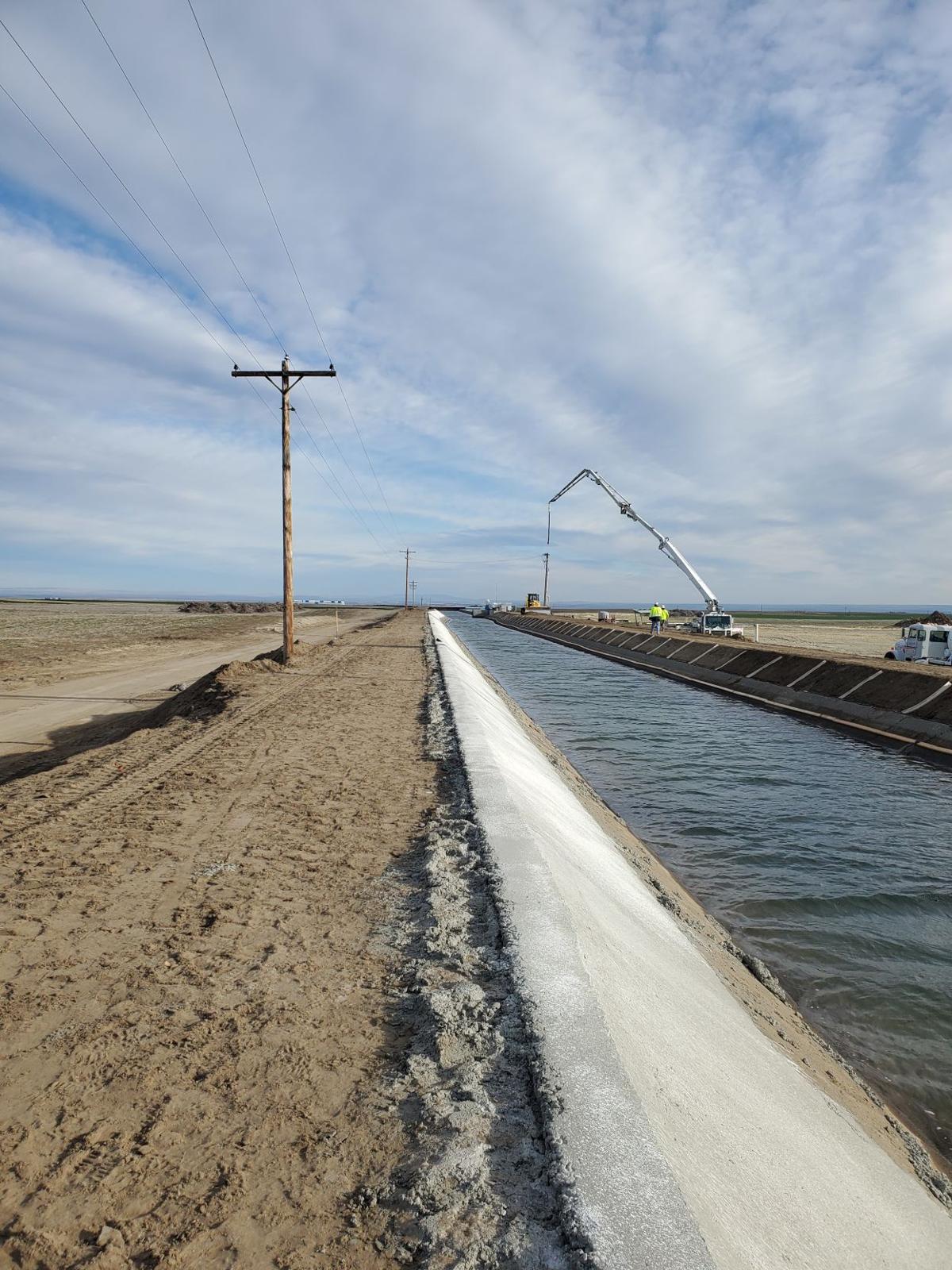 Irrigation water pumped from the Columbia River flows through a canal during a test of the new West Project. 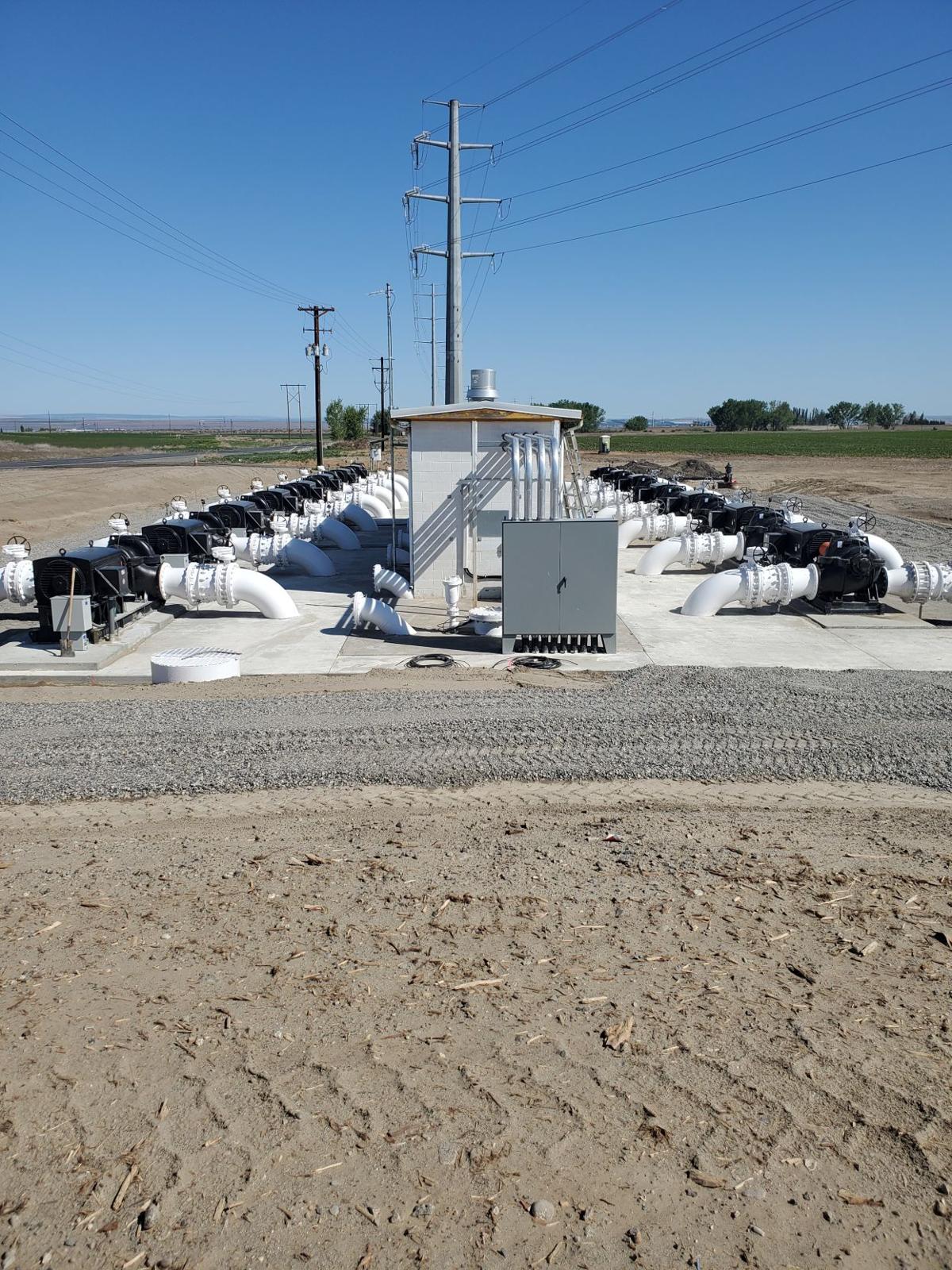 A booster for the recently completed West Project is pictured. 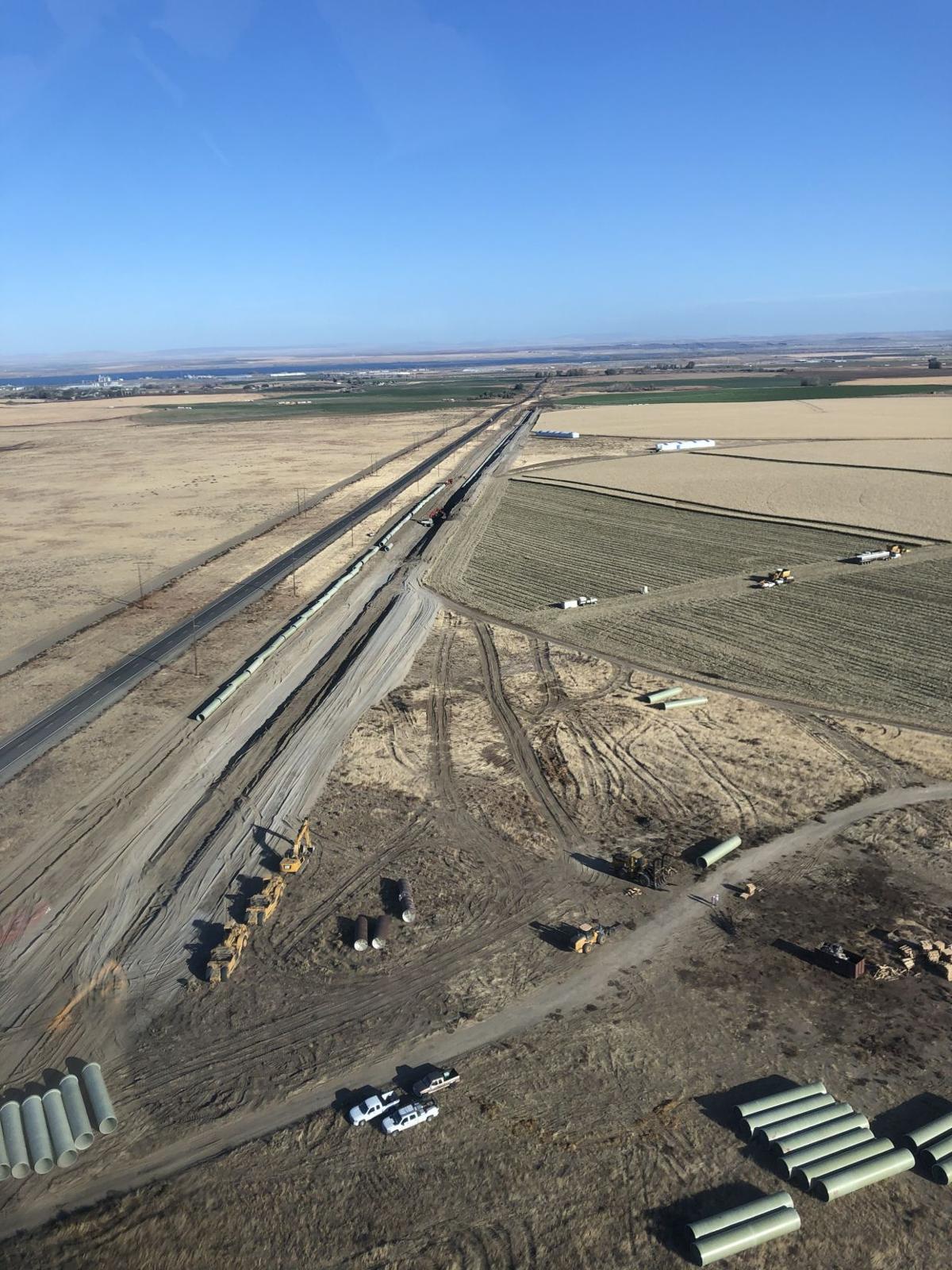 Irrigation water pumped from the Columbia River flows through a canal during a test of the new West Project.

A booster for the recently completed West Project is pictured.

Area farmers have cause for celebration after completion of a major water supply project known as the West Project.

The project, which the Columbia Improvement District successfully tested on May 5, will add about 30,000 acres of irrigated cropland near Boardman to the Columbia Basin’s agricultural region. It is one of a package of three pipeline projects that together could add billions of dollars to the area’s economy.

The win for Eastern Oregon has been decades in the making. J.R. Cook, president of the Northeast Oregon Water Association, said after 19 years working on water issues in the area he’s “still a rookie” compared to many of the growers, politicians and organizations who have all worked together to make the West Project happen.

“We get to see the fruits of past generations’ labors,” he said.

The difference in value between an acre of dryland wheat and an acre of a high-value irrigated crop is a difference of thousands of dollars. But large swaths of farmland between Boardman and Hermiston were reduced to dryland farming or taken out of production altogether in the 1980s and 1990s as the Oregon Water Resources Department designated critical groundwater areas, which came with restrictions on how much water could be pumped out of the ground.

Growers’ other option for water — the Columbia River — would let the aquifers recharge, but incredibly strict restrictions on taking water from the river made the three pipelines they wanted to see built seem like, well, a pipe dream.

Now, the West Project is a reality, and the East Project and Ordnance Project are in progress.

Jake Madison of Madison Ranches is a board member of the Columbia Improvement District, which will own and operate the project in partnership with the Port of Morrow. Madison said in a statement that the West Project took “a great deal of team effort and persistence to pull off.”

In addition to putting 30,000 acres back into production as irrigated farmland, the project also generates significant energy savings over the district’s old system.

“In all, this project is a huge win for the energy goals of the state of Oregon, our rural economy and drought resiliency for our future generations,” he said. “It took several generations, three locally developed plans, and multiple relationships forged across the state and nation to get here. We could not have done it without the legislative and executive leadership of Oregon who stepped in from day one to ensure these projects got constructed.”

Tom Byler, director of the Oregon Water Resources Department, said the project is a “significant step forward to address the basin’s water needs now and in the future.”

According to a press release put out by the Northeast Oregon Water Association, the West Project pump test on May 5 yielded approximately 195,000 gallons per minute, or approximately 435 cubic feet per second; a cubic foot is roughly the size of a regulation basketball. The Columbia River water used comes from existing certificated rights and municipal water rights transferred to instream rights.

Cook said the region has been making promises to Salem about what additional water resources would be able to deliver, including new jobs, more crops, energy savings, environmental benefits and replenished groundwater supplies. They’re ready to follow through on those commitments.

“Now we can talk with data and facts, instead of just conceptually, about what we can do with this water,” he said.

According to the news release, the total cost of the West Project was roughly $34 million. About $4 million of that came from an $11 million funding package for water projects in the region that the Legislature passed in 2015. The Port of Morrow’s partnership with the Columbia Improvement District allowed the district to use the port’s bond rating to receive a low interest rate when taking on debt for the project.

Lisa Mittelsdorf, director of economic development for the Port of Morrow, said the port was glad to assist on such an important project for the region — a sentiment echoed by Sen. Bill Hansell, R-Athena, and Rep. Greg Smith, R-Heppner, who supported it in the Legislature.

“This project is vital to Umatilla Basin’s economy,” Hansell said in a statement. “It shows we can use our natural resources in a sustainable way to create jobs and opportunity for people in rural Oregon.”