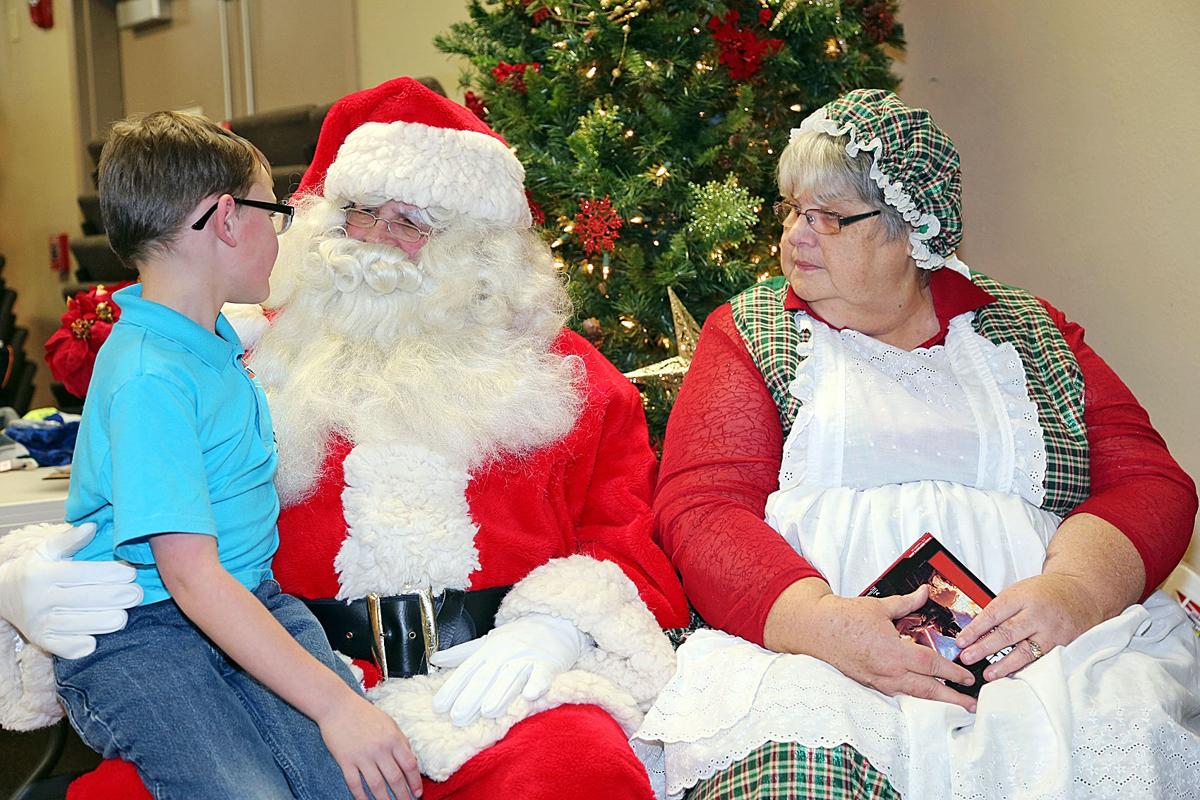 Santa and Mrs. Claus were on hand during a past holiday gathering that included area foster children (the child pictured is not in foster care). 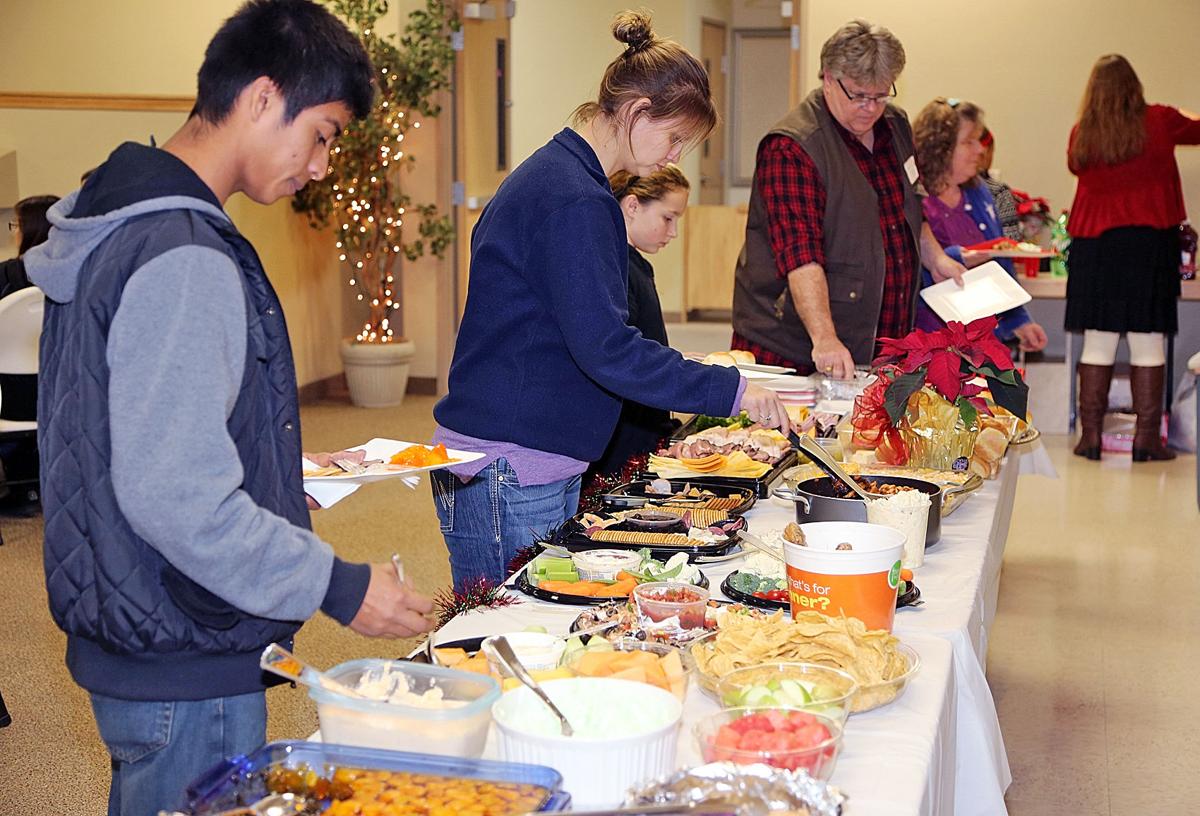 Food was plentiful during a past holiday gathering to support local foster children and their families. 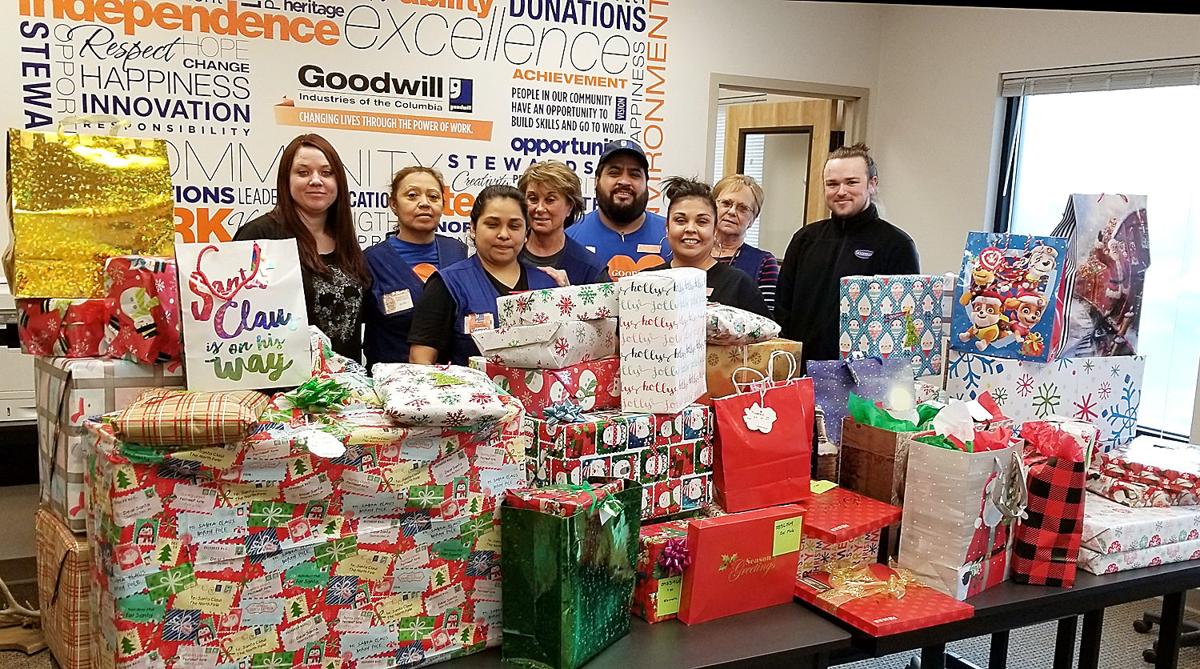 Employees at the Hermiston Goodwill got into the holiday spirit in 2018 when store manager Jessica Fernandez organized a giving tree for area foster children.

Santa and Mrs. Claus were on hand during a past holiday gathering that included area foster children (the child pictured is not in foster care).

Food was plentiful during a past holiday gathering to support local foster children and their families.

Employees at the Hermiston Goodwill got into the holiday spirit in 2018 when store manager Jessica Fernandez organized a giving tree for area foster children.

A tug on your heartstrings sort of moment was recently shared among employees of the Hermiston Department of Human Services Child Welfare office when looking at a Christmas Wish List.

With assistance from a caregiver, a 7-year-old boy identified his Number 1 need as “Love,” — followed by socks, jeans, beanies and mittens or gloves.

Jaime Meakins, who works as a case aide in the Hermiston DHS office, said children sometimes indicate on the list that they want to go home or be with their mom.

“In years past, there have been kiddos that have written ‘love,’” Meakins said. “It kind of shows you the trauma they go through.”

Each year, staff at DHS makes a list and checks it twice while trying to provide for kids during the holiday season. Over the years, several community partners have assisted by hosting public giving trees, including Hamley Western Store in Pendleton and Les Schwab Tire Center in Heppner. People can pluck a tag from a tree and shop from the wish list. Also, employees at the Walmart Distribution Center in Hermiston participate in a giving tree program.

This holiday season, DHS workers have reached out further to increase its efforts to help ensure each foster child in Umatilla and Morrow counties have a merry Christmas. The organization launched “It Takes A Village” to further involve the community in giving to kids that may not have as many resources.

Among those driving the initiative is Rogers Toyota of Hermiston. Glenn Silaski, the dealership’s general manager, said the company encourages a spirit of community and giving.

“They’re our kids too,” Silaski said. “We just believe strongly in helping kids’ programs to help them grow up to be a part of the community.”

In addition to hosting a pajama drive for area foster kids of all ages, Silaski said Rogers Toyota is a drop-off location for gift cards. DHS is collecting cards for online shopping, local restaurants and stores, and Visa gift cards for teens in foster care.

Meakins said youths 13-18 can sometimes be difficult to shop for — by providing gift cards with a suggested value of $25, they can choose what they want. It can be something as simple as a Dutch Bros. Coffee card to stores at the mall or even Amazon cards, she said.

“We need cards from anywhere,” Meakins said. “We can match it up and make it work for a specific kid.”

Other businesses involved in the effort include Harley Swain Subaru, which is hosting a coat drive. New coats, hats and jackets are needed for all children and youth sizes. Lamb Weston and the Walmart DC are hosting toy drives to collect items for newborns up to age 12.

The “It Takes A Village” initiative runs through Monday, Dec. 9. People are invited to make donations to help brighten the holiday season of foster children in Umatilla and Morrow counties.

“If any member of the public wants to donate we have a big, huge box right in the middle of the showroom,” Silaski said. “We’re proud to be a part of this great community and are thrilled with the work of DHS and others in helping kids.”