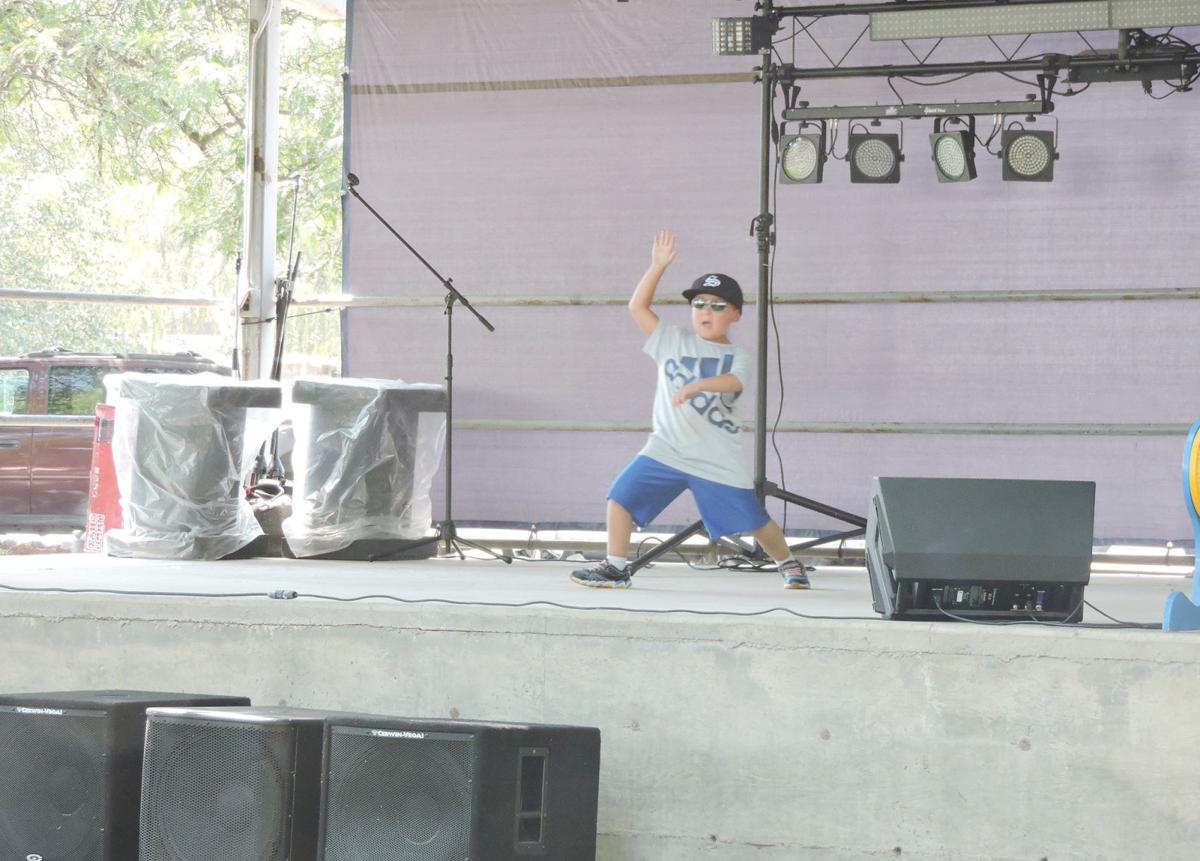 Stephen Pells dances along to “Watch Me Whip/Nae Nae” during the lip sync contest at the Irrigon Watermelon Festival Saturday. 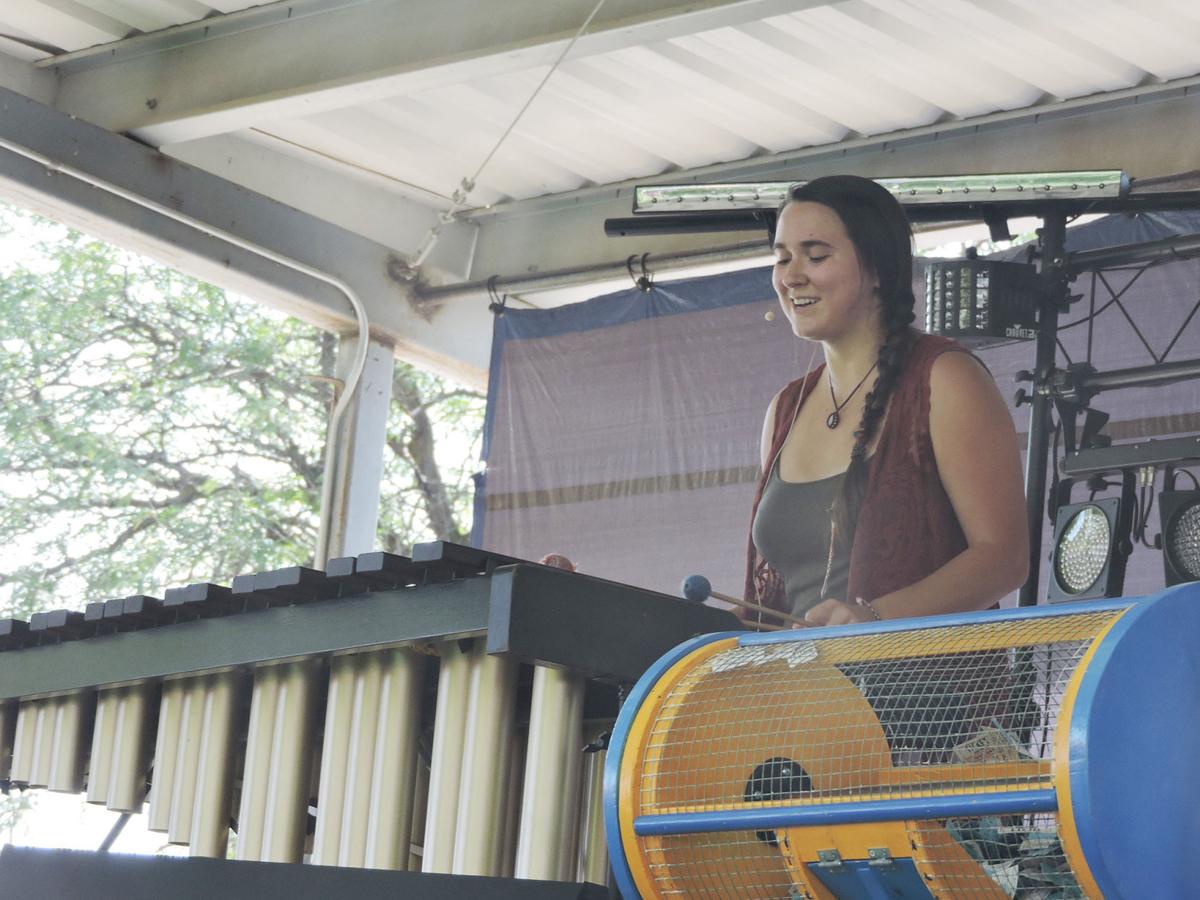 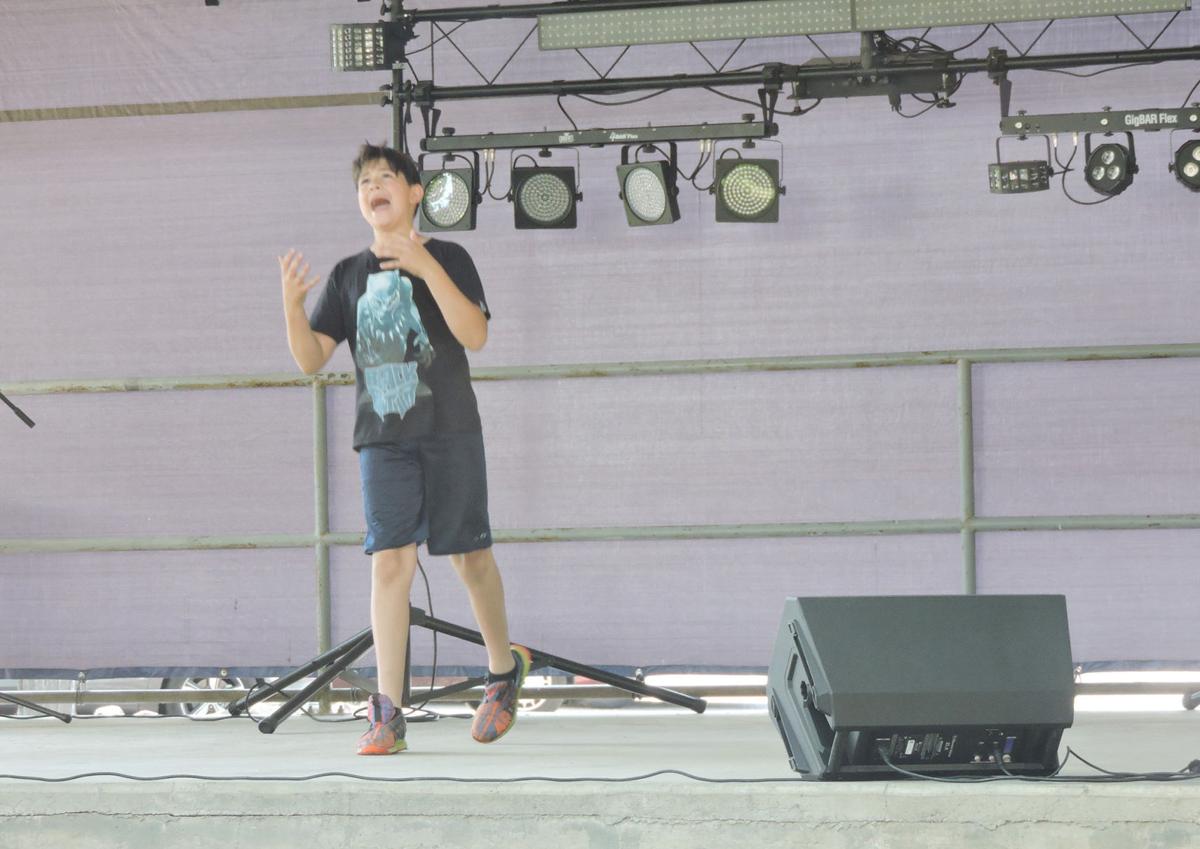 A contestant performs an Imagine Dragons song during the lip sync contest at the Irrigon Watermelon Festival Saturday.

Stephen Pells dances along to “Watch Me Whip/Nae Nae” during the lip sync contest at the Irrigon Watermelon Festival Saturday.

A contestant performs an Imagine Dragons song during the lip sync contest at the Irrigon Watermelon Festival Saturday.

The Irrigon Watermelon Festival had the titular fruit available for sale and seed spitting contest, but melons are more of a theme than an overarching focus.

Watermelons were not directly involved in the car show, the numerous raffles, the carnival games, and the lip-sync contest.

The latter is in its second year after a 12-year break, an attempt to revive a popular event of yesteryear for a new generation of children, according to event coordinator Charlene Cooley.

Cooley said not as many children participated this year as they did in 2017, but it still found an audience.

“It just takes one kids, and then all the other kids start to flock around,” he said.

Stephen Pells was the fist one on the stage, where he performed Silento’s 2015 hit “Watch me (Whip/Nae Nae).”

Stephen not only lip0synced to the song, but also performed all the dances that are mentioned in the song, including the whip, the nae nae, the stanky leg, the break your legs, the duff, and the superman.

Performing first meant he would have to sit back and watch the rest of the competition as they performed their renditions of “Barbie Girl,” “Ring of Fire,” “Happy” and “Let it Go.”

But in the end, Stephen’s non-singing and very real dance moves would not be denied as he won this year’s contest based an informal applause meter.

His reward? “Cold, hard cash,” according to the emcee.

After Stephen collected his $50 prize, he explained that he practiced for quite a while in preparation for a title defense.

Learning a half dozen dances was not easy, and when asked which was the hardest to learn, young Stephen was resolute: “All of them.”

It took a while for Alysen Hesselroth to find the marimba, but it led to an unlikely career for the Othello, Washington-native.

Performing as Aly the Traveling Marimba Busker, Hesselroth added a tropical feel to the warm Irrigon afternoon, striking the wooden bars with two mallets in each hand and playing a combination of pop songs and instrumentals.

In between some of her songs, Hesselroth explained that she was used to playing at sidewalks and farmers markets.

“I’m used to moving crowds, so I have to remind myself to do the banter,” she told the audience.

As she packed up her marimba after the set ended, Hesselroth, 30, explained how her career in busking evolved from her time at Washington State University.

A music major, Hesselroth was originally a pianist before a professor suggested she look at joining a percussion ensemble.

She was blow away by the instrumentation, and learned the marimba to join the ensemble.

But the thought of busking didn’t really occur to her until she took road trips to Austin, the musically rich capital of Texas, and Burning Man, the radical art gathering in the Nevadan desert.

After graduating college in 2012, she bought a Winnebago and drove around the country playing her marimba out in the open.

When her rig needed repairs, she ended up in the Bay Area, where she developed a regular host of spots to play her stand-up instrument and also got the chance to play a string of kids’ camps up and down California.

Hesselroth currently finds herself back home in Othello while she saves up her money for her next adventure, which could possibly include traveling to Europe to teach English.

She’s doing local gigs in the meantime, but she longs to be back on the road.

Wherever she ends up, she hopes to get all the wanderlust out of her system before she sets down roots. When Aly the Traveling Marimba Busker does finally find a stopping point, she hopes to set up a combination yoga/music studio where she use the marimba and other instruments to teach kids music.