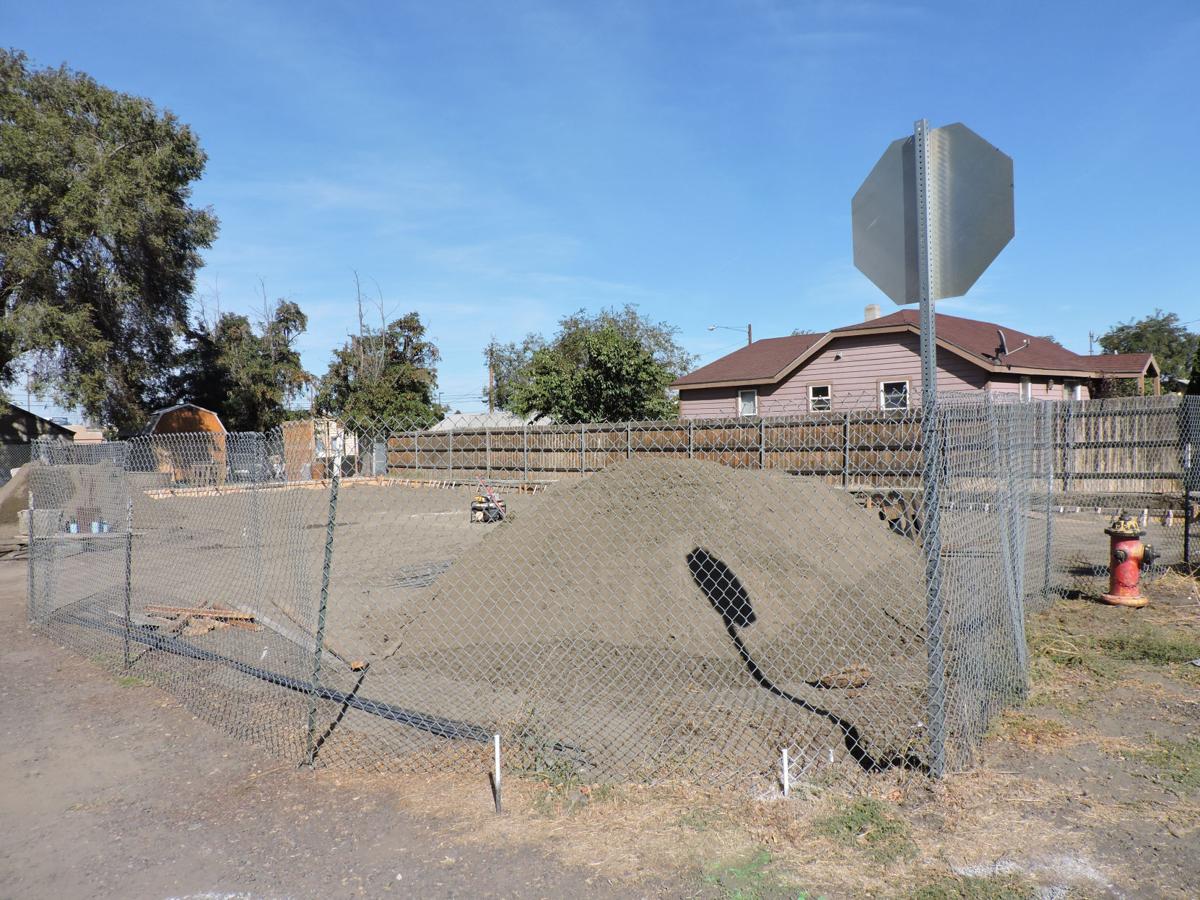 Staff photo by Jade McDowell. This half acre of property on Beech Avenue in Hermiston is being transformed into Greenwood Park. 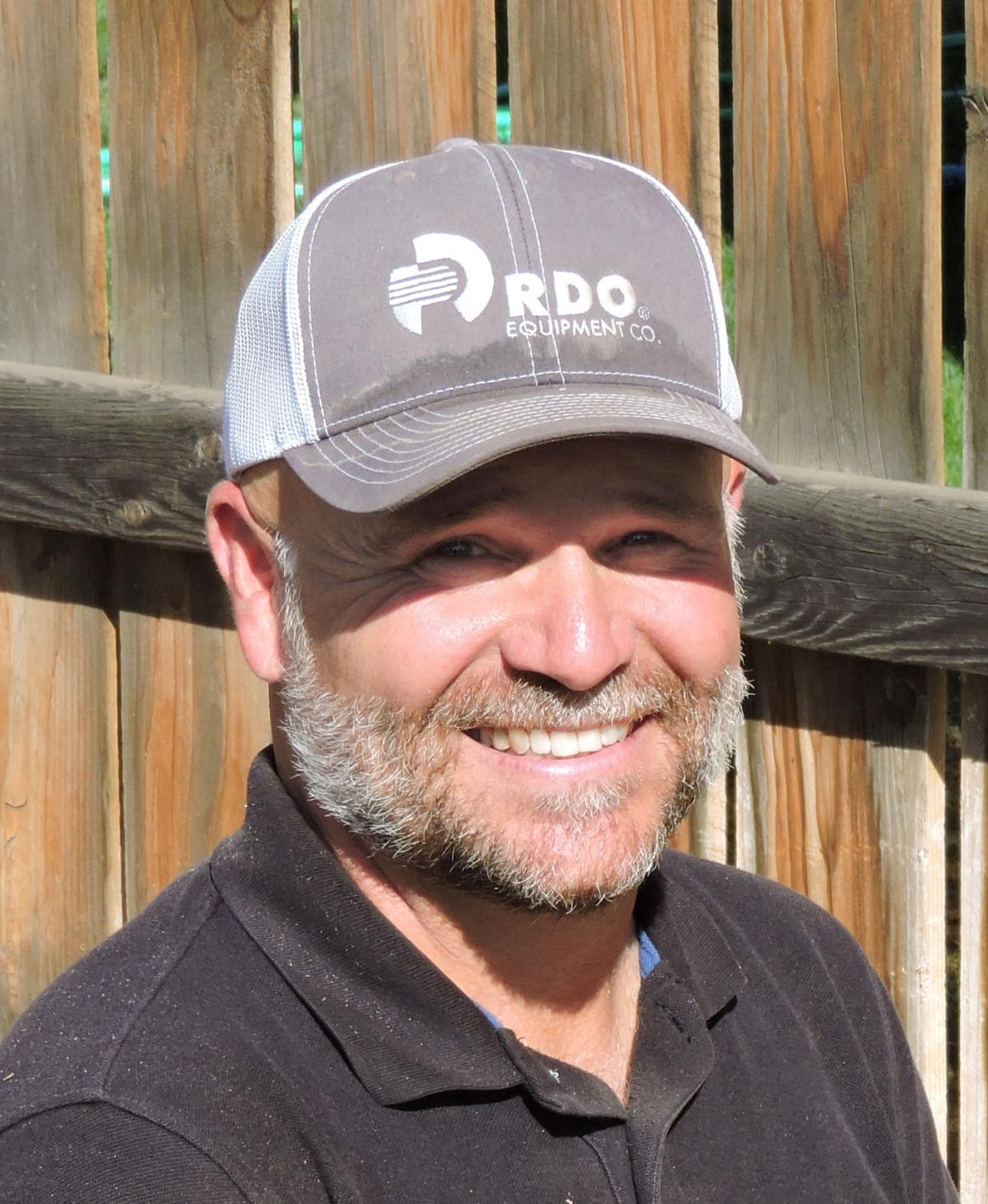 Staff photo by Jade McDowell. This half acre of property on Beech Avenue in Hermiston is being transformed into Greenwood Park.

Hermiston’s smallest park is getting a makeover.

Most people don’t even know the half-acre on Beech Avenue exists, but the kids who grew up in that neighborhood have used it as a gathering place for decades.

Now the park has been stripped down to bare dirt and is being rebuilt with input from the neighbors.

The park holds a special place in Jackie Linton’s heart. Her grandfather, Greenwood Luster, lived across the street and spearheaded the park’s original creation in the 1970s. Now Linton lives in her grandfather’s old house and takes her own grandchildren to play there. The park, which was informally known as the “northside playground” before, is being re-named Greenwood Park after her late grandfather — a man she said absolutely loved Hermiston and always worked to make it better.

“I’m very excited about it,” she said. “I’m glad to see it’s progressing.”

Linton was involved in helping re-design the park a couple of years ago, and as delays cropped up she continued to attend city council meetings to press for updates. She said she is grateful the city is working to make “our little neighborhood park more livable” and is excited to start taking her grandchildren again once construction is finished later this fall.

Parks and recreation director Larry Fetter said the old park was run down and had some design issues such as the swings being closer to the chain-link fence than insurance companies recommend.

“None of it met the modern safety standards we have today, so it was easiest to strip it down and start over,” he said.

Cities and schools have mostly done away with merry-go-rounds, but Fetter said neighbors were adamant about still having one so he was able to locate a new, safer model. The bathroom, which hasn’t worked for years, is being removed, and a new play structure, wrought iron fence, wall, shade structure and swings will be added. High school students from the homebuilding program will assist in creating the wall.

“We really wanted to dress it up and give that neighborhood something to be proud of,” Fetter said.

He said the basketball court is being removed, because in the past basketballs were constantly flying into the playground area or over the fence as teens played there. But Fetter is searching for a location to build a new court in the neighborhood.

Greenwood Park isn’t the only new parks and recreation project in Hermiston. Construction is also underway on the West Highland Trail, which will connect Riverfront Park with Steelhead Park and lead up from both parks to Southwest 11th Street.

The pedestrian/bicycle trail will run parallel to Highland Avenue from 11th Street to the bridge that cuts over the more developed Riverfront Park and the wilder Steelhead Park along the Umatilla River. The city recently acquired Steelhead Park from the Oregon Department of Fish and Wildlife, in part so that it could run the trail under the bridge instead of having pedestrians try to cross the road.

The underside of the bridge has been a magnet for graffiti and other misbehavior, so Fetter said the city hopes that once a well-used trail runs through there it will put a stop to that.

City planner Clint Spencer, who is supervising the project, said it is on schedule to be complete Nov. 1.

While Fetter remains the head of the entire parks and recreation department, the city recently created a new parks manager position to oversee day to day maintenance. That position has gone to Jason Barron, who previously served as the city of Umatilla’s public works director.

Barron graduated from Hermiston High School, where he met his wife, in 1990. He spent time working at his father’s asphalt company before working 17 years for the city of Umatilla, including positions in parks, streets and water.

He told the Hermiston City Council on Monday that he appreciated the opportunity to serve as Umatilla’s public works director for over a year but he liked the idea of returning to a more hands-on job.

He will work with two other full-time employees and 10 seasonal summer employees on maintaining the city’s green space, leaving Fetter free to work on more broad projects such as a parks master plan and a feasibility study for an indoor aquatic center.

Fetter said Barron did great his first week on the job starting the Greenwood Park renovation.

“Jason is a really good fit for us,” he said. “He jumped right in.”