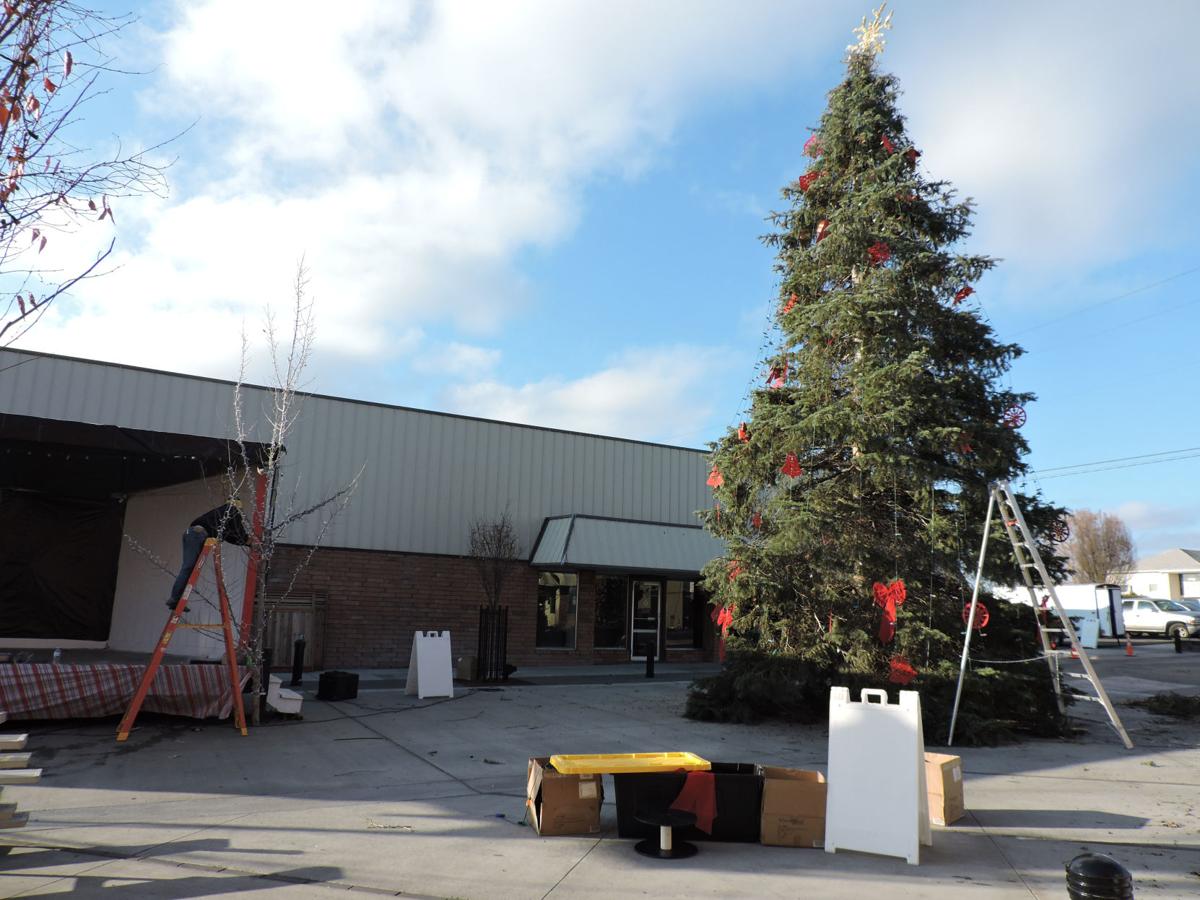 City staff worked this week to prepare the festival street for a holiday celebration Thursday. 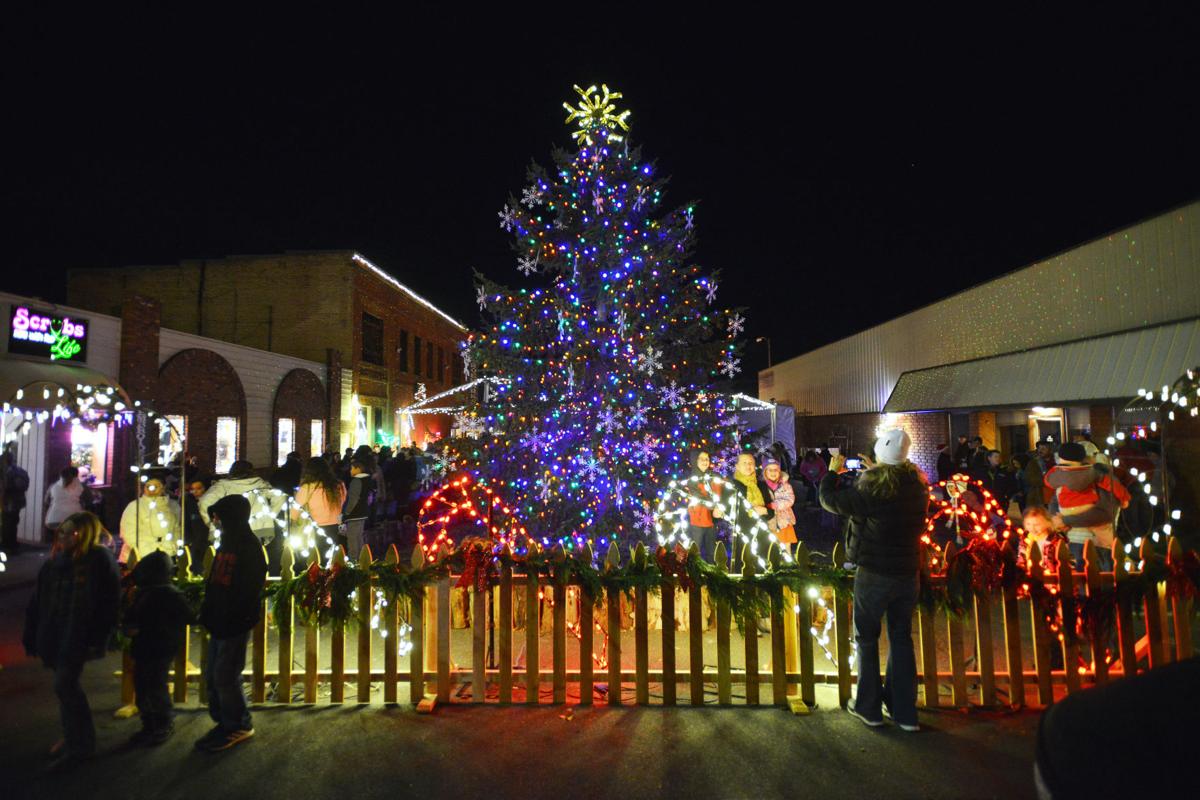 Hermiston will celebrate the holiday season Thursday with a tree-lighting ceremony downtown.

The 40-foot fir tree decked out for this year’s celebration served as a Christmas tree for the Barron family in the 1960s.

Jason Barron, the city’s new parks manager, said after Christmas was over that year his mother Shirley and older brother Greg planted the tree in their yard. He remembers the family putting lights on the tree each year until it got too big to reach the top with a ladder. More recently, the tree has gotten too close to power lines and its roots have torn up the driveway.

Barron said his mother has passed away since planting the tree all those years ago, but she was a longtime Hermiston resident and would have been proud to see the tree giving enjoyment to so many people in the community.

“It will be nice to see it decorated as a Christmas tree again,” he said.

Thursday’s tree-lighting ceremony will begin with live entertainment by the Hermiston High School jazz choir and jazz band at about 5:30 p.m. on Northeast Second Street between Main Street and Gladys Avenue.

Opening remarks and the arrival of Santa Claus will begin at 6 p.m., and the tree will be lit at about 6:15 p.m. Everyone is invited to stay after and get pictures with Santa, ride in a horse-drawn buggy, enjoy concessions and shop First Thursday deals at downtown merchants who are extending their hours to 7 p.m. or later. Gems Cheer will also perform at 7 p.m.

Parks and recreation director Larry Fetter said there will be heaters and portable fire pits set up around the festival street and Santa will be in a more spacious location this year on the north side of the tree.

“It will be quite festive,” he said.

Fetter said the tree will be decked out in new, brighter lights this year. The street will also look more polished as this is the first Christmas since the city completed the festival street this summer.

“It’s the first time using the festival street now that it’s had the makeover, and I can already tell you the electricity situation is way better,” he said.

Fetter was putting up lights around the stage next to the tree on Tuesday afternoon. He said he was glad he wasn’t the one who had to go all the way up to the top of the tree — a tree he thinks might be the city’s tallest yet.

After the celebration Thursday, a light show with music will be available at 5 p.m., 6 p.m. and 7 p.m. Monday through Friday until Christmas. Fetter said there will be three songs the first week and a new song will be added each week.

The festival street will be the site of another celebration on New Year’s Eve. Some details are still being worked out, but the city will host a New Year’s Eve bash on Dec. 31 from 9 p.m. to midnight with fireworks and entertainment by classic rock and pop band The Shades.

The city is also hosting Pancakes with Santa, in partnership with the Rotary and Kiwanis clubs, on Dec. 22 from 9-11:30 a.m. at the Hermiston Community Center, 415 S Highway 395. The event will include appearances by Santa, elves, and the Grinch. Seating is limited and tickets ($8 for children ages 2-15, $10 for ages 16 and older or $30 for a family of four) will be sold at the community center until Dec. 19 at the latest.