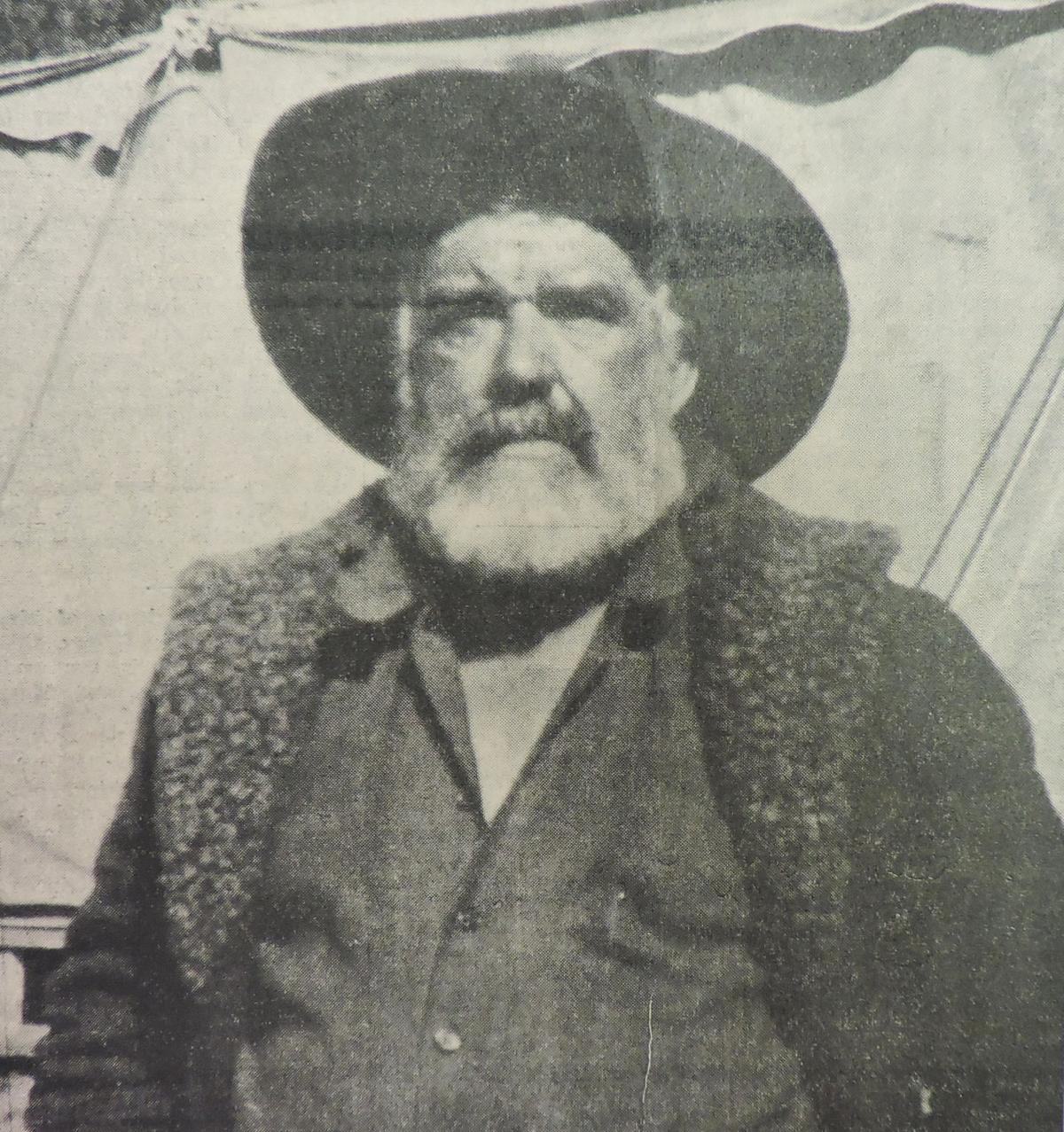 George Metzsker served as an extra in Clint Eastwood's “Paint Your Wagon” in 1968. 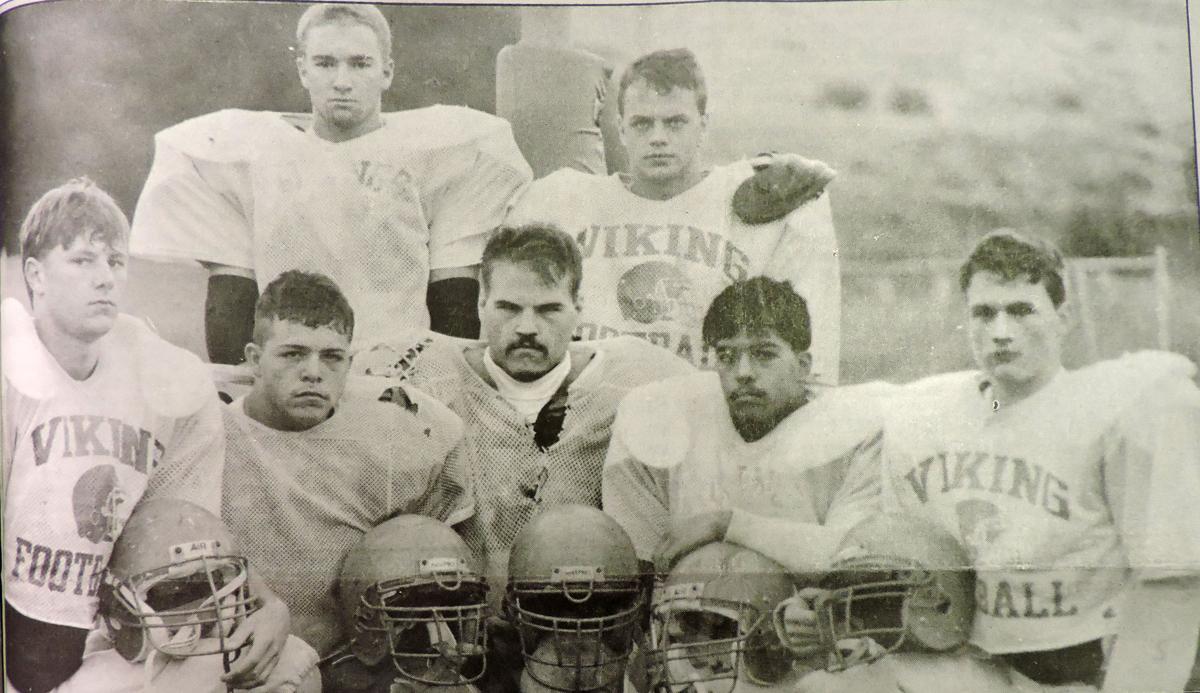 Brian Pursifull (back right) is quick to give his offensive line — from left, Jarod Wizner, Forrest Pourier, Howard Califf, Noel Thurra and Steve Moe — and fullback Brian Clubb (back left) much of the credit for three straight years of 1,000 or more rushing yards for the Umatilla Vikings in this 1993 photo. 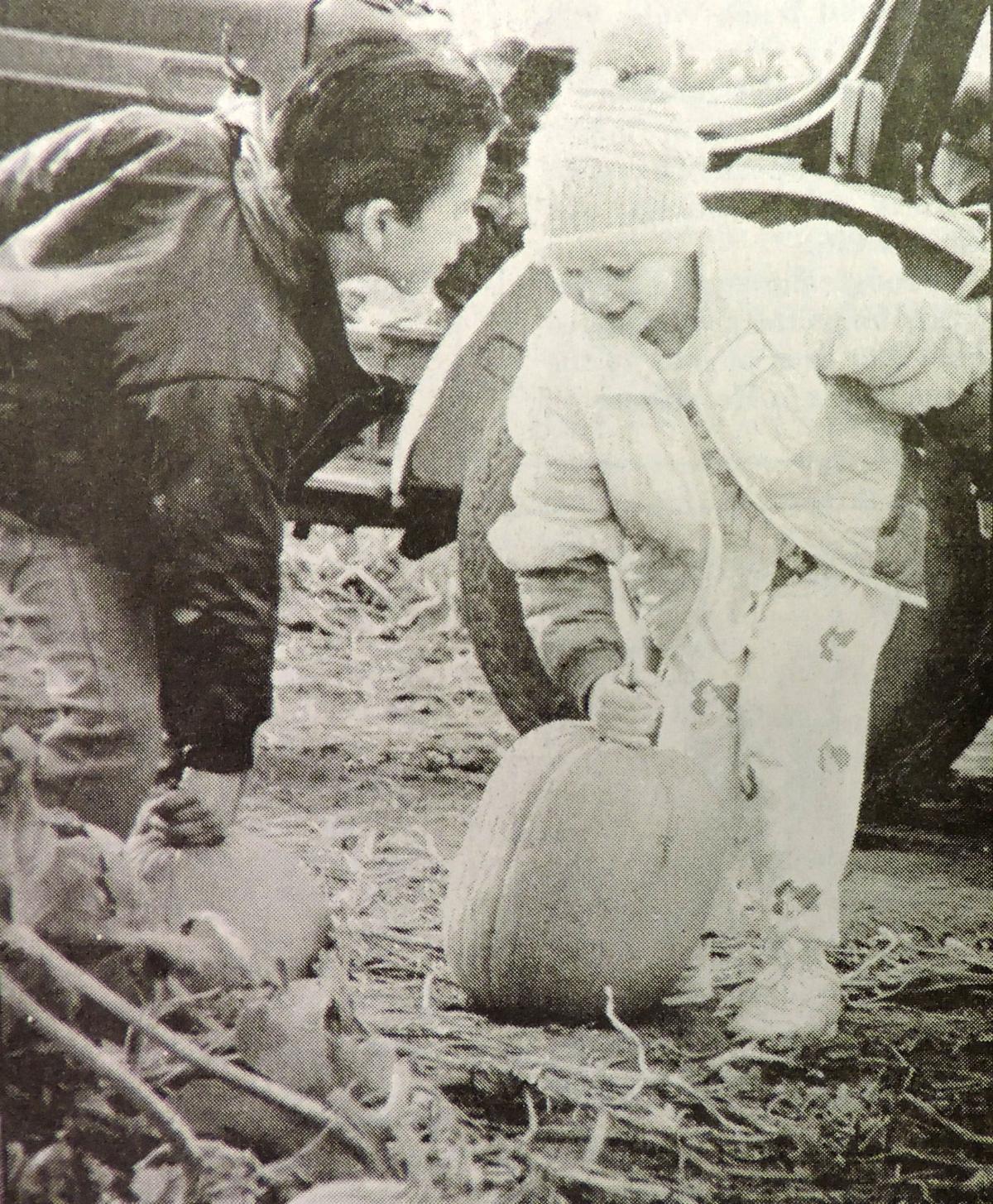 Miguel Contrerras, 5, and Dominique Graham, 6, kindergarten students as Sunset Elementary School, pick out pumpkins during a visit to Tom Able Farms in 1993.

George Metzsker served as an extra in Clint Eastwood's “Paint Your Wagon” in 1968.

Brian Pursifull (back right) is quick to give his offensive line — from left, Jarod Wizner, Forrest Pourier, Howard Califf, Noel Thurra and Steve Moe — and fullback Brian Clubb (back left) much of the credit for three straight years of 1,000 or more rushing yards for the Umatilla Vikings in this 1993 photo.

Miguel Contrerras, 5, and Dominique Graham, 6, kindergarten students as Sunset Elementary School, pick out pumpkins during a visit to Tom Able Farms in 1993.

A seventh-grade student at Armand Larive Junior High School was taken into custody after he pointed a rifle at a teacher in a full classroom this morning.

No one was injured.

According to police and school district officials, the boy allegedly brought the .30 caliber rifle into the school in a box that was presumed to contain an ongoing art project.

Police said the boy took the box into the lavatory, removed the rifle and loaded it during the morning announcements. He then returned to the classroom and aimed the gun at the teacher in front of 18 classmates.

The teacher was able to distract the boy long enough to wrestle the gun from him.

• People who use their cars to get into trouble may end up walking.

An ordinance passed last night by the Hermiston City Council gives Municipal Judge Daniel Hill the power to seize automobiles if their drivers are found guilty of certain crimes.

“It’s a good tool,” City Councilor and Sheriff’s Deputy Mike Boise said. “I think the best thing you can do is take something monetary, something they’ve worked hard for.”

The new law specifically states that a vehicle used in a drive-by shooting can be impounded. The municipal judge could seize the vehicles of habitual traffic offenders convicted of a DUII. Those driving on a licenses suspended or revoked for drunk driving or auto-related manslaughter could suffer the same fate if they are caught on the roads.

George Metsker of Hermiston, a retired railroad employee and a resident of Hermiston since 1953 has been having a ball all summer, doing what a lot of people would like to do ... acting in a movie.

Metsker wound up his recent movie employment this last week when he returned to Hermiston from the “Paint Your Wagon” set on location approximately 52 miles Northeast of Baker on East Eagle Creek. He has been employed as an “extra” in the Paramount production since last June, and was cast as the typical rough and tumble gold miner.

Stars of the production, Lee Marvin, Clinton Eastwood and Jean Seeburg, as well as the director Josh Logan were common and friendly as a new pup, says Metsker, and there was none of the star aloofness you have been led to believe.

The Paramount company is now working on the earthquake sequence of the film. The Hollywood technicians really have this down to a science, Metsker goes on to say, and they employ huge tractors to pull underground cables that tumble houses down, cause the earth to split open and overturn the entire scenery in seconds. In one particular earthquake scene, things got so hectic an extra fell into the earth fault along with the star Lee Marvin, which of course was unscheduled.

This little story is written to you because this time it is your turn to help your big brothers and sisters win this war for all of us. Saturday night is Halloween! In years past it has been so much fun to cause everyone a great deal of trouble by soaping store windows, carrying away gates, blocking streets and tipping over woodpiles and generally causing lots of grief for grown-ups.

Yes, it is lots of fun. We did our share of it when we were young. But right now, things are so much different. Everyone is working overtime to get this war over with so Big Brother can come home. He is “over there” fighting his best.

If you fellows will skip doing damage this year, next year when the war is over (we all hope) we’ll help you have an extra good time.

Charles Hahn, the shoe merchant, is going into the shoe repairing business again, this time in an up-to-date manner, having installed a Landis complete shoe stitching and finishing machine in his place of business on Main Street.

This is the latest improved pattern of shoe repairing machine. For the time being the gentleman will operate it himself, but later, should business warrant, he will employ a journeyman shoemaker to look after the work in that department.

• Election day is only 10 days away, and as yet there has been no great excitement among the local people as to who shall fill the mayoralty and council chairs for the next two years in the city of Hermiston. This year there is a full complement to elect, the terms of all the present incumbents expiring this fall.

From our observations of how the present council handled the business of the city the past 12 months, it might be well to re-elect them, whether they seek re-election or not, for it is a well-known fact that it is hard to get a set of taxpayers to sit on a council board and devote their free time gratis to city affairs and use as much fair judgment and conservation methods as those now holding the government reins.