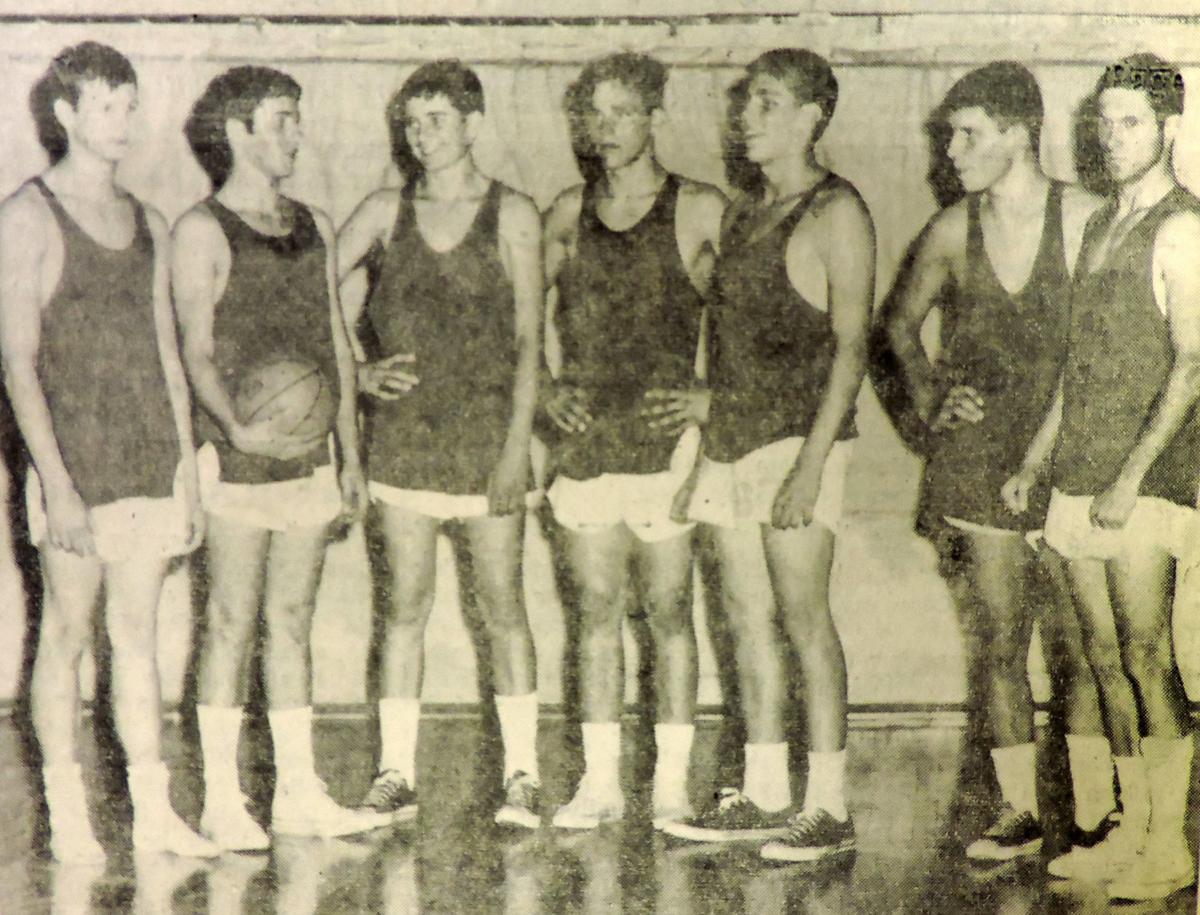 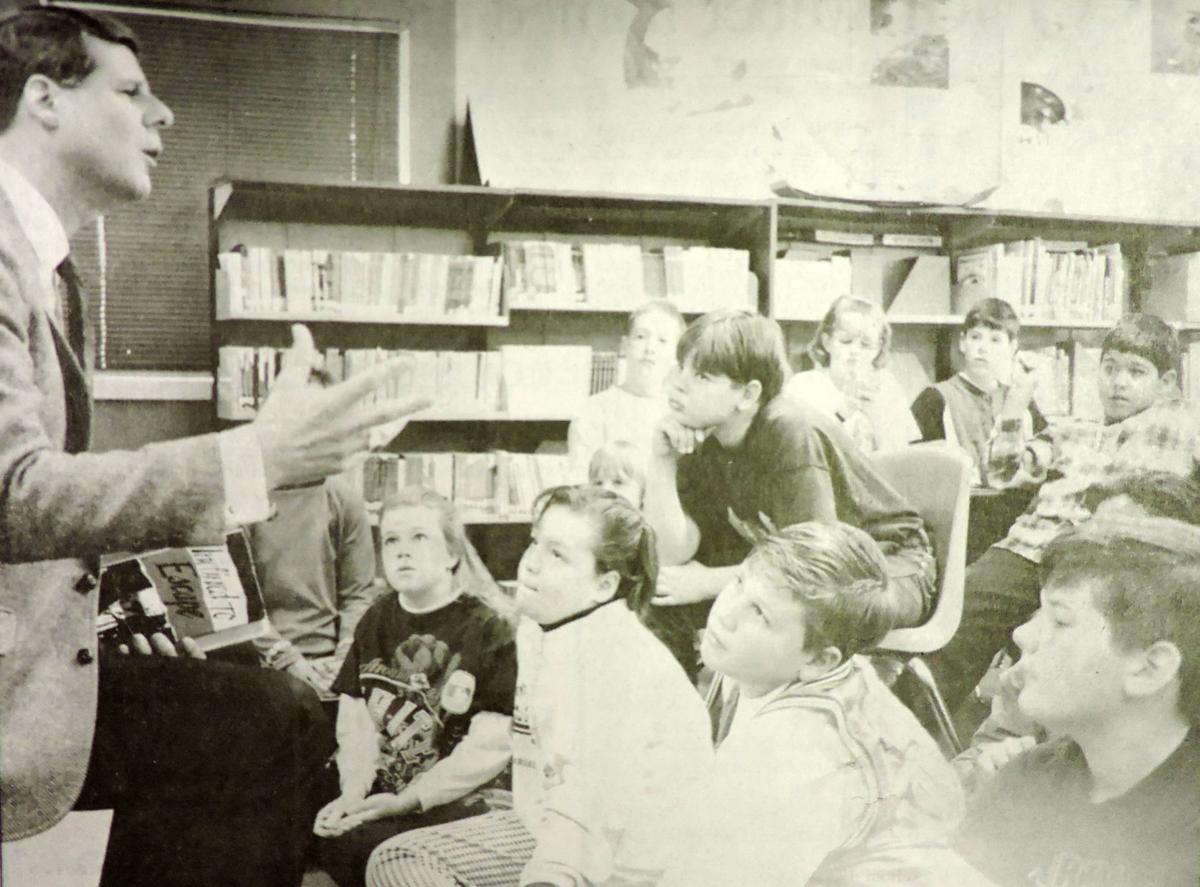 The Hermiston City Council directed the city’s Community Center Committee to pursue the possibility of procuring the old Safeway building and converting it into a permanent community center.

Committee chairman Brian Wolfe came before the council seeking support for the effort. He received it unanimously.

Wolfe said the committee had developed plans for a new building to be erected at McKenzie Park. The committee agreed to put their plans on the back burner until November’s water bond election, he said.

In the meantime the chamber of commerce used the Safeway building for their annual Wine and Cheese festival. The success of the event was enough to bring the building to the forefront of consideration.

•Increasing federal regulation is forcing the closure of Hermiston’s sanitary landfill this spring.

This means customers of Sanitary Disposal will be paying more for garbage pick-up, Mike Jewett, president of Sanitary Disposal, Inc. said. Jewett said the landfill will not meet regulations regarding groundwater quality that go into effect in April.

“Unless farmers receive legislation similar to that accorded labor and management groups, allowing the farmer to bargain successfully with some degree of control over the price he receives for his product, you can expect to see the small, individual farmer fade out of the agricultural picture, with large corporations taking over all segments of agriculture,” says Jim Hill, General Manager of Pendleton Grain Growers.

Hill, in addressing the Hermiston Rotarians at their noon luncheon last Thursday, sounded this warning to the group. In the role of a harbinger forecasting what the future holds, he cited examples of large corporations presently engaged in retail marketing of farm products integrating back toward the source of supply and assuming all marketing functions.

Historically the farmer, by sheer necessity, is an individual in every sense of the word and as such a person, quite often finds it hard to join with other farmers in agreeing on what course to take to solve their mutual farm problems. Consequently this dis-unity has cost him dearly in his marketing position, while labor and management groups present a solid front and successfully lobby for their individual benefits, says Hill.

A newspaper clipping sent recently to Mr. and Mrs. H.T. “Twig” Hinkle was of considerable interest to friends of Darwin Webb, who is a member of Company 517, Camp Mackall, N.C., which recently set a new Army record in physical fitness tests. Webb, a Hermiston boy, distinguished himself by being a member of the championship crew which set several new records. His crew established three of the highest scores yet made by any outfit and chalked up the best overall average of any unit tested.

Listed among the events were burpees, push-ups, 300 yard dash, a 75-yard pig-a-back and the circuitous creep-crawl-and-run course, all of which was followed by a four mile full pack march. Webb’s company set a record of an aggregate rating of 96.70. The average Army rating is around 50 percent, indicating the excellence of the performance.

• Although there has been considerable talk and much concern about the scarlet fever case reported early this week, in reality there is no immediate likelihood of an epidemic here. One case of this disease was reported Monday and two rooms of the first grade were closed for the week by health and school authorities, but it was done more because of precautionary measures.

About eight months ago the contractor A.F. Bessie and the Library Board turned over to the people of the Umatilla project the new library building. This, as you know, is the smallest town in the United States to have a Carnegie library, and the board and the county library are trying hard to make the building and the use of it not only equal to but a model for other project libraries.

By Sunday morning we expect to have at least one-half the grounds about the library graded and turfed. Practically all of this work has been donated by the businessmen of the town and they are entering into it with much enthusiasm and elbow grease. With the unsightly sandblow eliminated, trees trimmed and a smooth green lawn well on its way, this corner should be one of the show places of the whole community and cause much justifiable civic boasting.

• If there are any houses that owners want to rent in this town now is the time to list them. During the past two months vacant houses in Hermiston have been gradually filling up, until now they are like a “needle in a haystack” — hard to find. Daily there are calls for houses to rent by new people coming from far and near to make their home in Hermiston and vicinity. The tide of immigration has surely turned from the dry land, and the wet land, and from the snow-capped hillside districts to this broad and verdant valley where the perennial alfalfa is always king.