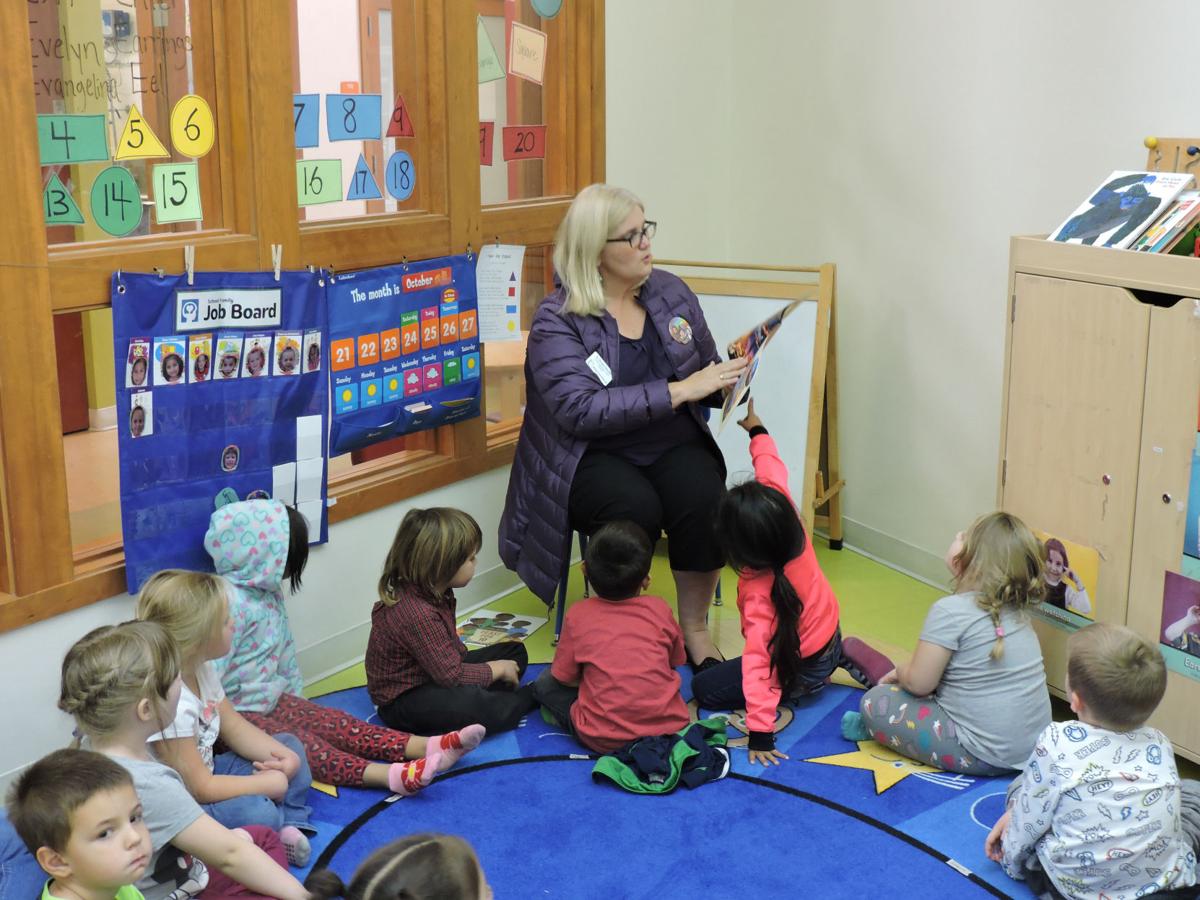 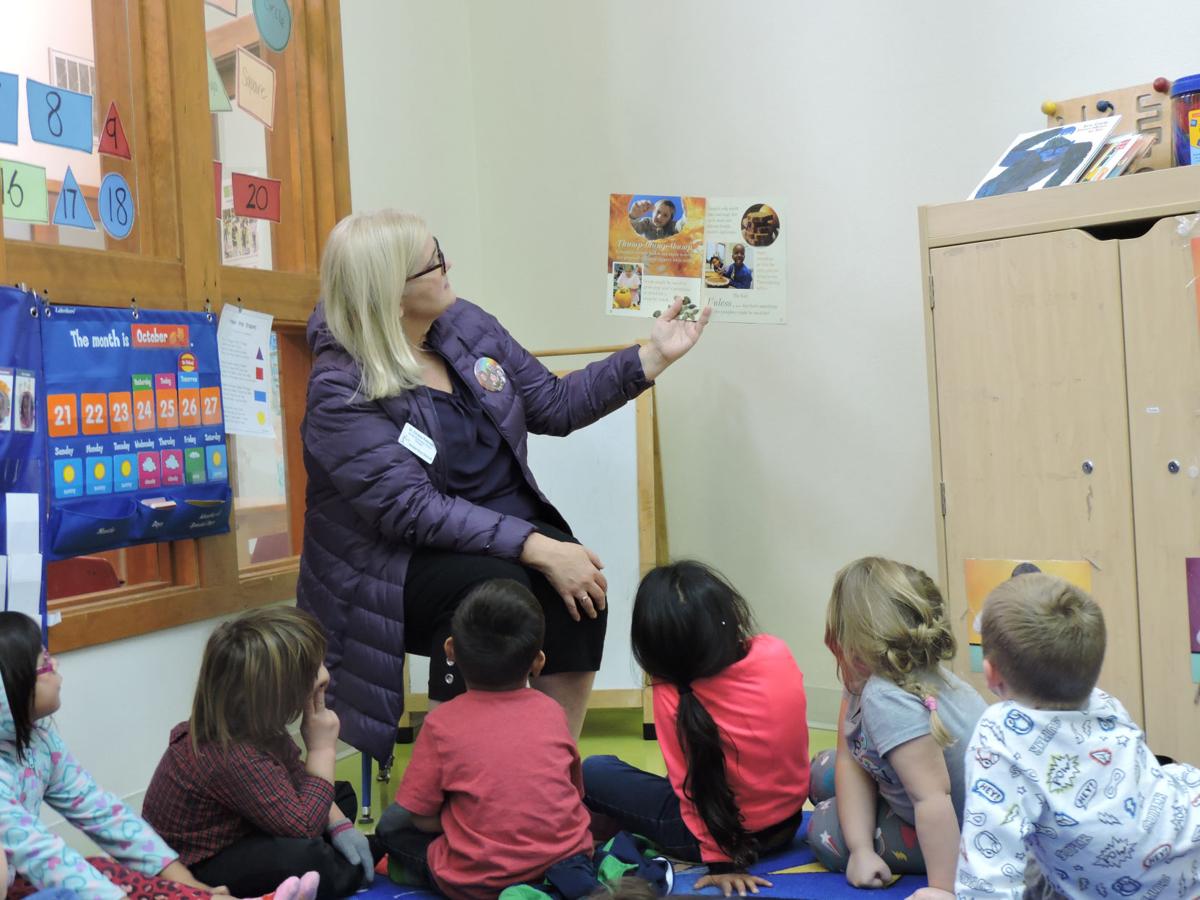 Christie Petersen, principal of Sunset Elementary School, stopped by a Hermiston Head Start class to read a story to students.

Christie Petersen, principal of Sunset Elementary School, stopped by a Hermiston Head Start class to read a story to students.

It took a few minutes for the 4-year-olds in the Head Start class to calm down, but once they did, they were eager to listen to Christie Petersen read them a story about pumpkins.

Petersen, the principal of Hermiston’s Sunset Elementary School, joined the class on Thursday as part of National Head Start Awareness month and National Principals’ Month. The early childhood program has implemented several new methods to bridge the gap between pre-K and kindergarten. That has included teaching kids social and emotional skills, and working more closely with elementary schools to share tactics for how to help their students.

As Petersen read to the students, she asked them questions to help them make connections to what they were reading.

“Who here has been to the pumpkin patch?” asked Petersen, as many kids eagerly raised their hands. When she came across a new word, she asked them to repeat it.

“Can you say ‘nutrients?’” she asked the kids, before bringing it up again later in the story. Head Start director Julie Sanders said there are some new programs to bridge the gap between pre-K and kindergarten students.

“We try to share with kindergarten teachers what we’re doing to develop social and emotional skills,” she said. “It helps teachers help them more quickly.”

Sanders said the goal is to create a climate to help students be able to learn, whether sending books home with them to build a home library, or having adults read to them through the SMART (Start Making a Reader Today) program.

“At Head Start there are lots of kids who come from generational poverty or high risk factors. We try to give them skills to relate to peers and to adults,” Sanders said.

“We try to use those principles in pre-K, in preparation for using them in kindergarten,” Sanders said. “And we try to help parents use those skills at home.”

There are seven principles, including composure, which helps kids with anger management and delay of gratification; encouragement, which teaches pro-social skills and kindness; assertiveness, which teaches kids about bully prevention and healthy boundaries; and empathy, which helps kids understand others’ perspectives and regulate their own emotions.

Petersen said she has noticed many of the kids who come to Sunset from a Head Start class have already developed some of the skills and routines that they work on in kindergarten.

“The four stages of language acquisition are listening, speaking, reading and writing,” she said, adding that while Head Start is heavily involved in the first two, elementary schools play a large part in the last two.

“Whatever ways we can bridge those — that’s the work.”