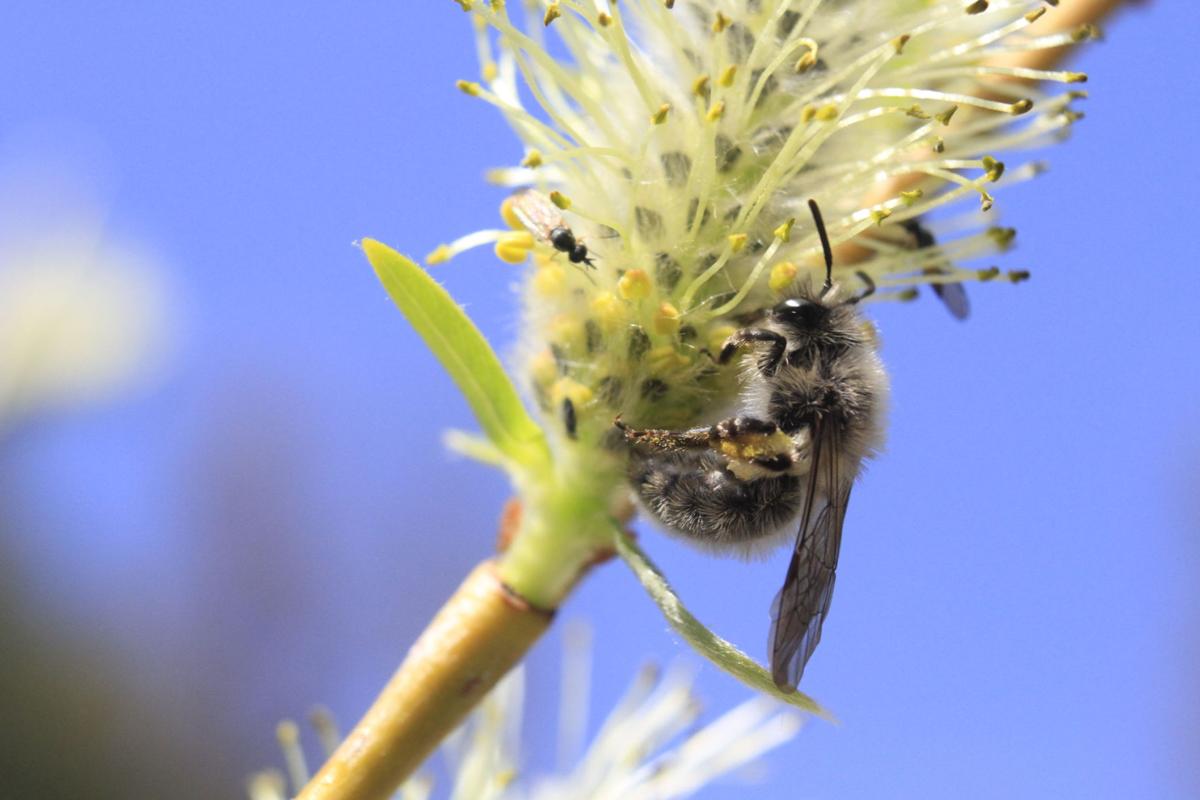 A bee lands on a willow in Eastern Oregon. 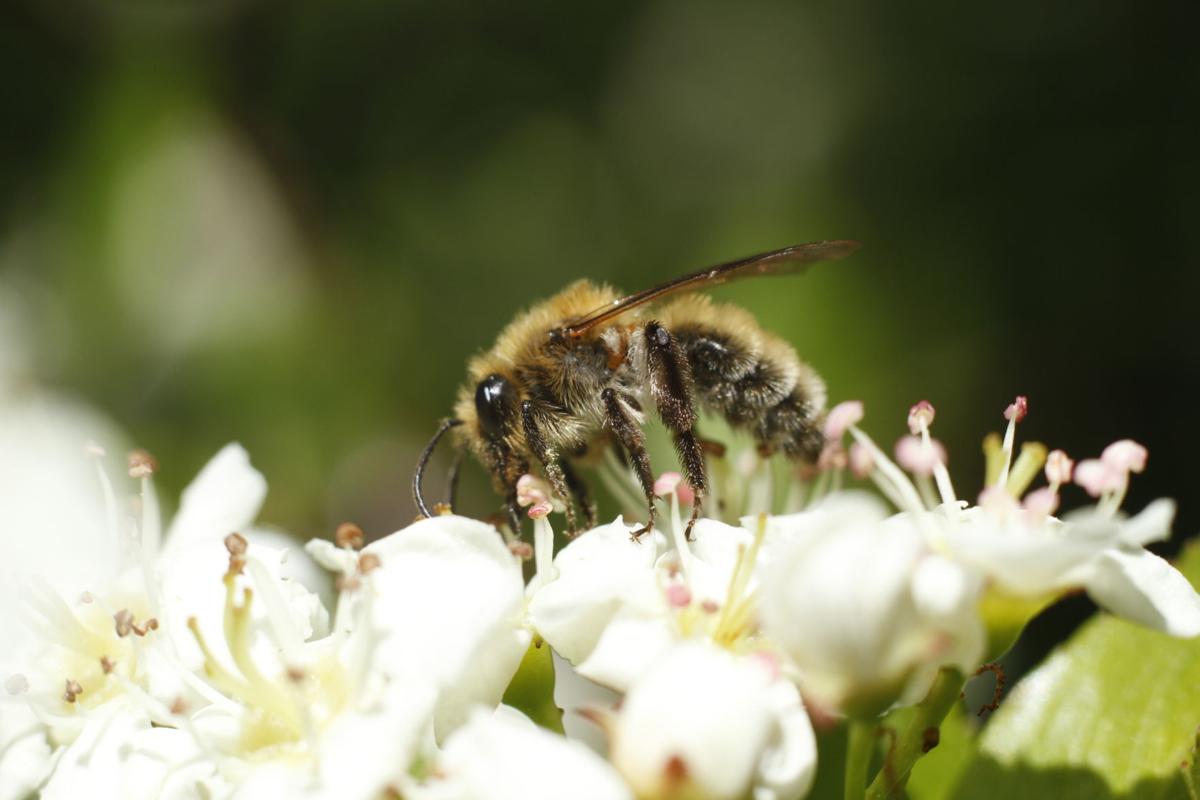 A bee lands on the blossoms of a hawthorn tree in Eastern Oregon. 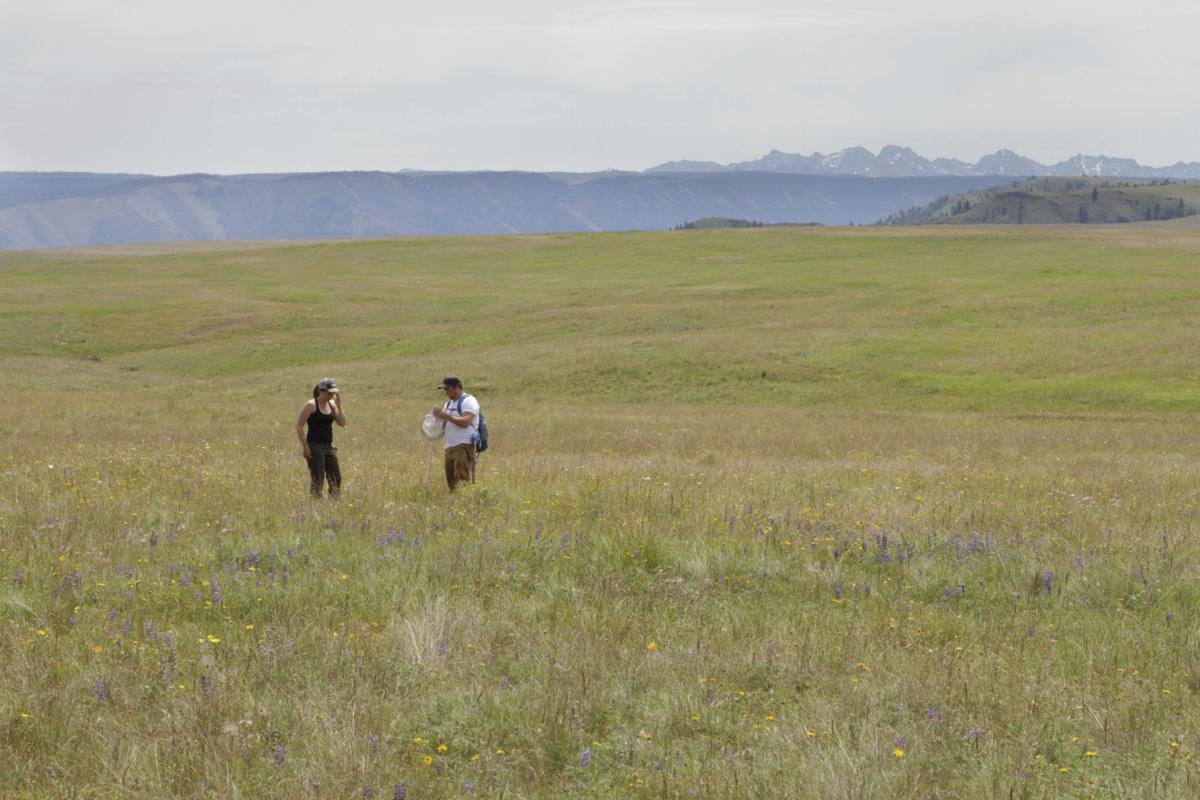 A bee lands on a willow in Eastern Oregon.

A bee lands on the blossoms of a hawthorn tree in Eastern Oregon.

When people think about insects, they often think of them as unwelcome guests, from the line of ants leading into their pantry to the swarming mosquitos ruining their barbecue.

While some scientists at the Hermiston Agricultural Research and Extension Center do study pests, Sandra DeBano, an associate professor specializing in invertebrates, focuses on the bugs people actually want around.

Beneficial invertebrates she studies include pollinators, composters and natural predators that can be unleashed against pests attacking a crop. Levels of certain types of insects can also be used to measure the health of a stream or other ecosystem.

“I study how we can enhance the services of these invertebrates,” DeBano said.

Bees are a good example. Growers often rent different types of bees to help pollinate their crops, placing them in the small tent-like structures that can be seen popping up in fields around Hermiston each summer.

DeBano works with them on how to attract more native pollinators to their fields, through measures, such as planting certain types of bushes along the edges or planting cover crops that will encourage pollinators to stay around when there isn’t a cash crop blooming in that field. She said native bees pollinate about $3 billion in crops in the United States every year.

“I look at how we can enhance that pollination they can get for free from nature,” she said.

Beyond attracting the pollinators in the first place, farmers also need to be careful about not killing them off while trying to fight pests. DeBano said sometimes small changes, such as switching to a different type of insecticide or spraying in the evening when bees aren’t active, can make a big difference.

She said the same principles apply to people’s yards and home gardens.

“Using pesticides wisely is really important, having people aware that when they’re spraying and what they’re spraying has effects on pollinators,” she said. “People just see pests in their garden and start spraying a broad spectrum pesticide.”

Those actions can have inadvertent consequences, killing off not only the unwelcome insects but also ones that are beneficial to a garden or landscaping.

In addition to working with the agricultural industry, DeBano also works with the U.S. Forest Service on forestry projects, as does David Wooster, another HAREC associate professor who studies invertebrates.

Wooster’s specialty leans more toward aquatic invertebrates. He measures the prevalence of mayflies, stone flies, beetles, leeches, flatworms and other invertebrates to gauge a river’s health. An increase in numbers or in dominance of species that are especially sensitive to human impacts indicates that a river restoration project by the Forest Service or Confederated Tribes of the Umatilla Indian Reservation has succeeded in improving the health of the ecosystem there.

He also studies the spread of invasive species, such as the rusty crayfish that has invaded the John Day River system.

One thing Wooster has been studying for years is how much surface water irrigators can remove from a river before they start to see significant impacts on the health of that river.

“It’s a much trickier question to answer than I thought when I first started out,” he said. “Rivers are very idiosyncratic and they respond very differently to the same treatment.”

While the COVID-19 pandemic has canceled school field trips and in-person educational programs at HAREC for now, Wooster said one part of his job he usually enjoys is helping students explore the world of aquatic invertebrates through hands-on field trips.

“A lot of kids play in rivers, but they don’t usually pay attention to the creepy crawlies there,” he said.