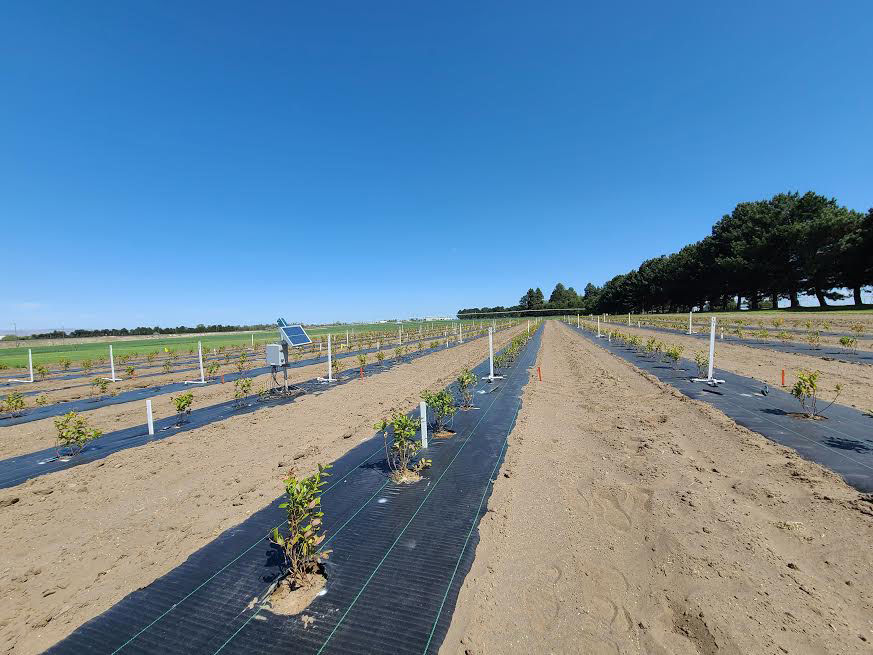 Blueberry plants growing at the Hermiston Agricultural Research and Extension Center will be used in a series of experiments on how to create the best soil conditions for their growth. 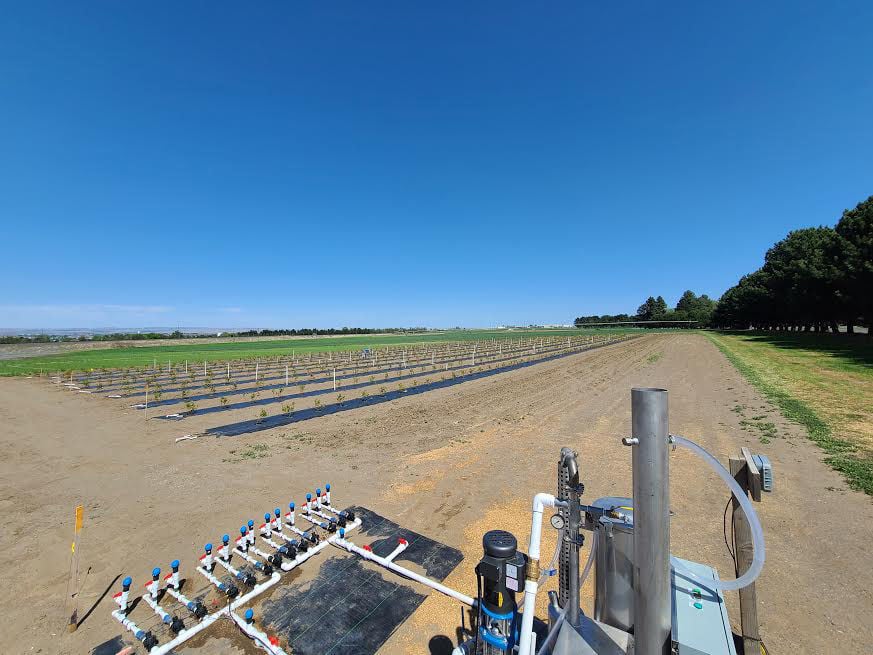 Specialized irrigation systems at the Hermiston Agricultural Research and Extension Center allow for very targeted watering regimes in different parts of the experiments.

Blueberry plants growing at the Hermiston Agricultural Research and Extension Center will be used in a series of experiments on how to create the best soil conditions for their growth.

Specialized irrigation systems at the Hermiston Agricultural Research and Extension Center allow for very targeted watering regimes in different parts of the experiments.

City slickers might think farming involves just sticking seeds in the ground and deciding how much to water them, but anyone who works in agriculture knows it’s a lot more complicated than that.

“I wish it were that easy,” horticulturist Scott Lukas said.

Lukas is one of many researchers at the Hermiston Agricultural Research and Extension Center who help area growers refine their craft. This spring, he started a three-year research project testing the most efficient way to acidify soil for organic blueberry crops.

Eastern Oregon is ideal in most ways for growing blueberries, Lukas said, including its climate. However, one of the big reasons Hermiston isn’t famous for its blueberries is that the plants need a pH of about 4.5 to 5, and local soils are more of a 7.5 on the scale (a seven is neutral). If farmers have a more cost-effective way to acidify their soil, it could mean more blueberries grown in Eastern Oregon.

“About 10% of the state’s (blueberry) acreage is on the east side, and I think there’s a lot of room to expand on that,” Lukas said.

The research, which is funded by the United States Department of Agriculture’s organic transitions program, could also be applied to other regions of the country with similar soil.

HAREC, which is one of Oregon State University’s extension centers across the state, serves nearly half a million acres of farmland in Eastern Oregon and Washington’s Columbia Basin. At any given time, the Hermiston station’s researchers are conducting a variety of experiments involving everything from preventing specific plant diseases to the best way to drip-irrigate onions.

Lukas helps farmers find the most cost-effective ways to increase the yield and quality of high-value irrigated crops, while reducing negative environmental impacts. He has done research around reducing the amount of fertilizer running off into groundwater, for example, which helps farmers save money by wasting less fertilizer, while also protecting the critical groundwater management area.

In order to facilitate research on many crops at once, each individual plot at HAREC has the ability to have its own irrigation regime, with a dozen different options.

While Lukas’s current blueberry research will go on for three years, the plot he is setting up will run other blueberry experiments for two decades.

“Maybe in five years, the needs of the blueberry growers will be something else,” he said.

His current research is divided up into 12 different experiments with adjusting soil pH, each of which will be run four times, using different rows in order to make sure the results of the experiment hold true through different variables.

The lessons learned will be passed on to area growers for their benefit. If all goes well, it could mean more blueberry crops popping up around the Columbia Basin in the future, and more success for current blueberry farmers.