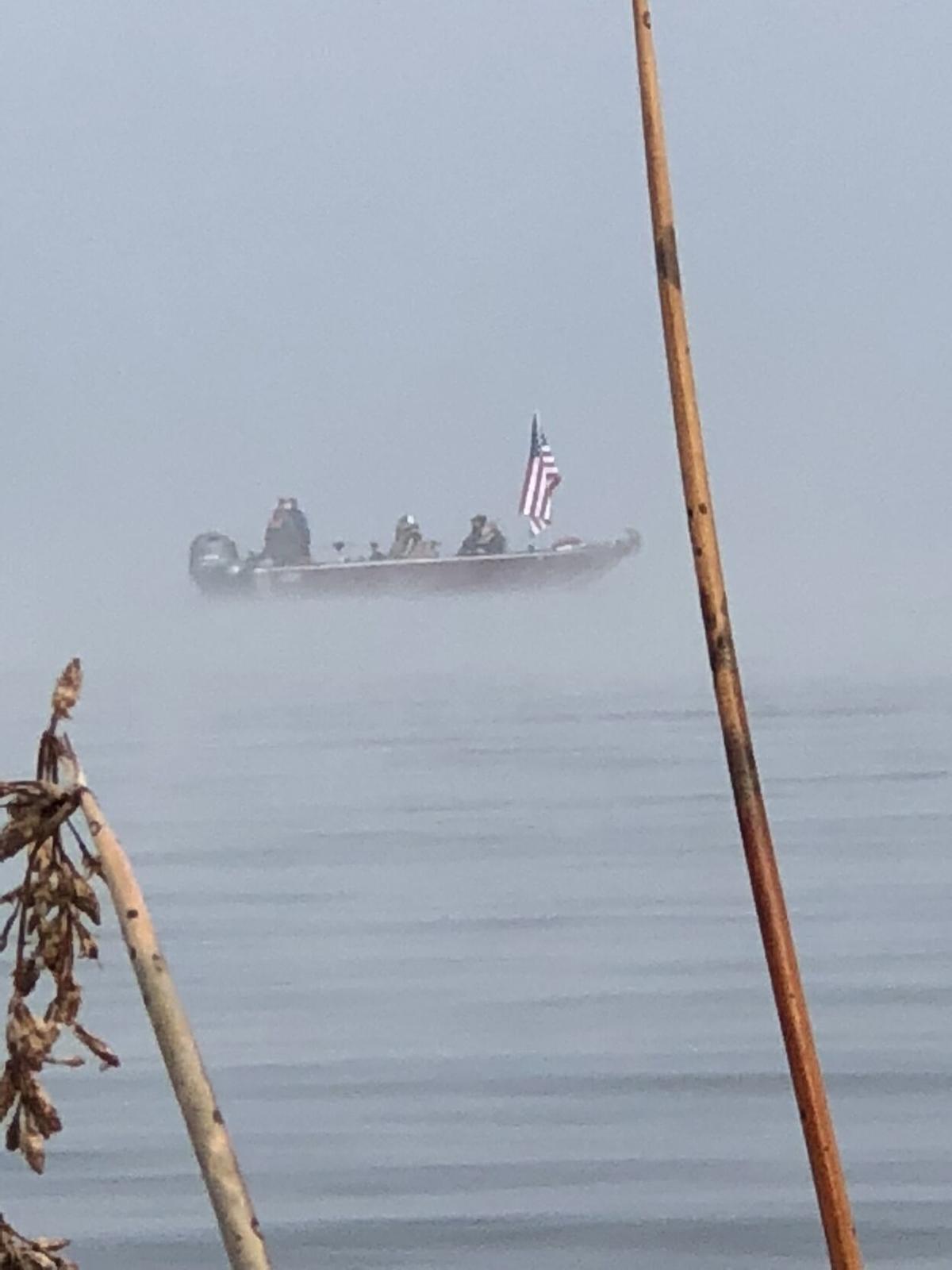 Veterans and fishing guides set out on a free guided fishing expedition on the Columbia River on Saturday, Nov. 7, 2020. 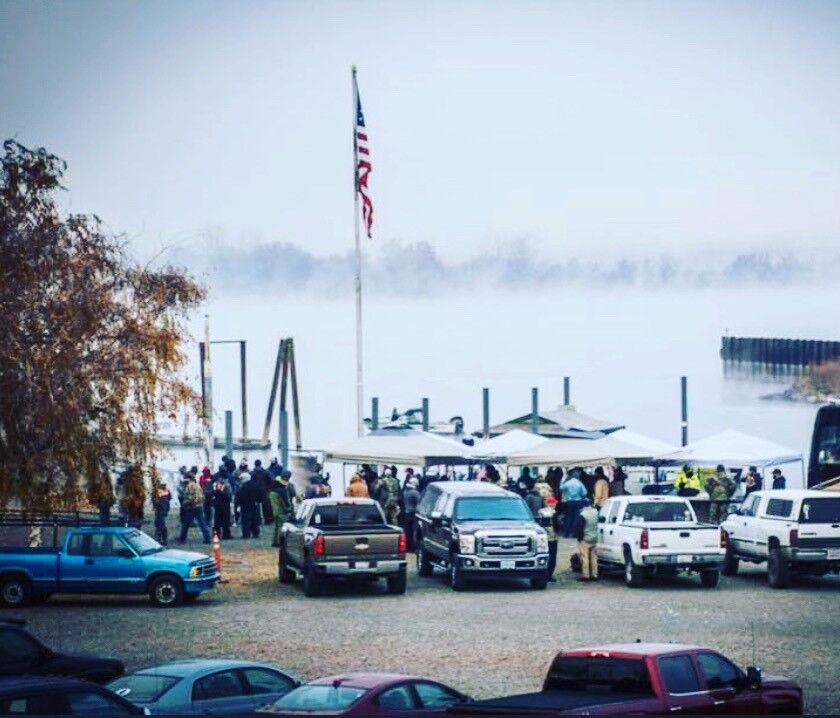 Veterans and fishing guides gather before setting off on a free guided fishing expedition on the Columbia River for Fish’n the Brave in Umatilla on Saturday, Nov. 7, 2020.

Veterans participate in a free guided fishing expedition on the Columbia River for Fish'n the Brave in Umatilla on Saturday, Nov. 7, 2020.

Veterans and fishing guides set out on a free guided fishing expedition on the Columbia River on Saturday, Nov. 7, 2020.

Veterans and fishing guides gather before setting off on a free guided fishing expedition on the Columbia River for Fish’n the Brave in Umatilla on Saturday, Nov. 7, 2020.

Veterans participate in a free guided fishing expedition on the Columbia River for Fish'n the Brave in Umatilla on Saturday, Nov. 7, 2020.

About 60 veterans, a few with their active-duty sons or daughters in tow, spent the day fishing on the Columbia River with top-of-the line gear and boats captained by experienced fishing guides. Tony Fisher, who runs Fisher’s Catch Outfitters in Kennewick, Washington, said the event began five years ago when his son asked if they could take some veterans on a free trip for Veterans Day.

“He said, ‘Hey Dad, I think we should take some veterans out,’ and I said OK and did a Facebook post,’” Fisher said.

The first year about 12 veterans responded to the post, and Fisher did a drawing to take four of them out. Afterward, some of his other friends in the guide business offered to donate their services, and the event continued to grow, with a high of 87 veterans in 2019.

Fisher said next year he plans to do the event on the 20th anniversary of the Sept. 11 terror attacks instead of the Saturday before Veterans Day, so that the weather is warmer.

He said Fish’n the Brave has become a fun way to say thanks to people who have served their country.

“It’s one of those things to give back to veterans, to let them know we support them, and just let them have some fun out on the water,” he said.

He’s gotten good feedback each year, he said. Participants range from veterans whose services was decades ago to one veteran who had just recently gotten out of the hospital from injuries sustained overseas. With all branches of the service mixed together at the event, sometimes there’s a little friendly “razzing” that goes on between the different branches.

A writeup of this year’s event by Cathy Stolz, president of American Legion Auxiliary Unit 37 in Hermiston, described the scene:

“Once on the water, seasoned guides sped to the best fishing spots and assisted their honored charges with anything and everything requested. One team drew a 9’ sturgeon alongside their craft. After bragging-rights photos were taken, the fabulous creature regained its freedom. Throughout the day, many other photographs were taken of happy Veterans with their catches, all of which were released back into the river.”

Stolz said Fish’n the Brave was prepared to serve up to 100 veterans, but fewer showed up. Next year, she said, the American Legion hopes to help advertise the opportunity to its members.

“We exist to help Veterans,” she said in an email. “This local event is amazing! We want to be more involved in the future.”

The Umatilla Chamber of Commerce and Visitor Center helped get sponsors for the event and do some of the legwork, and the chamber’s president, Mark Ribich, said they were happy to help. The event helped local businesses by drawing fishing guides and veterans from the region into Umatilla, he said, “but the bigger mission was Tony’s mission, which was serving veterans.”

“Thank you to all of our chamber members who support great events in Umatilla like Fish’n the Brave,” he said.

Sponsors provided a sack lunch and outdoor dinner for the veterans, funding to help cover costs of the event, and prizes to add to the drawing Fisher did for fishing gear and vouchers for guided trips.

Signups for next year’s free event on Sept. 11, 2021, are already available on the Fisher’s Catch Outfitters website at fisherscatchoutfitters.com/fishn-the-brave.

I attended the event this year with 4 other veterans.

These are some great people. As far as the eye could see there we great guides doing wonderful things for these guys.

A great big thanks to Tony Fisher and everyone who made this a wonderful day.

I even came away with some new friends