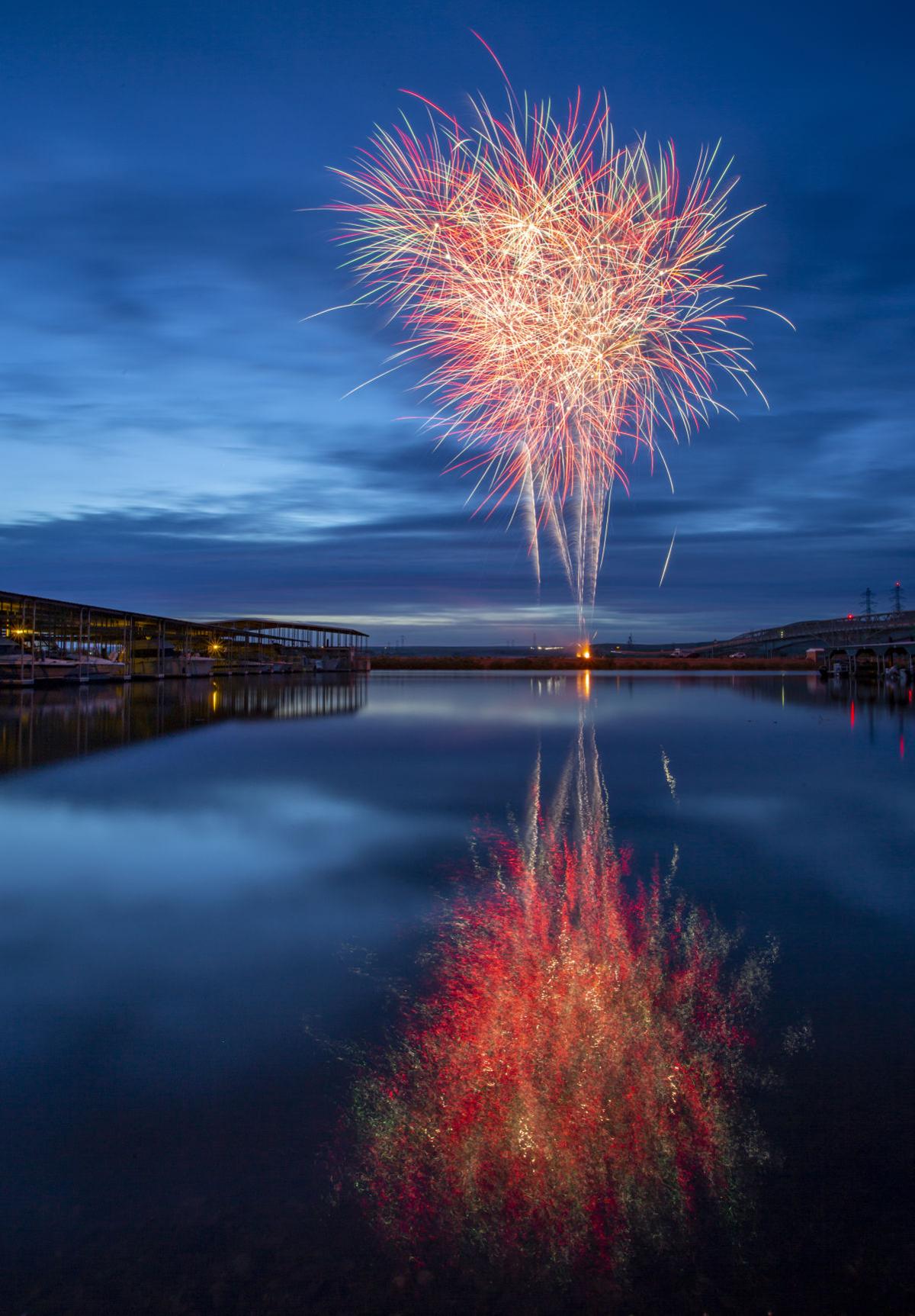 Fireworks explode over the marina in Umatilla on Thursday, June 4, 2020 in celebration of the Umatilla High School class of 2020. 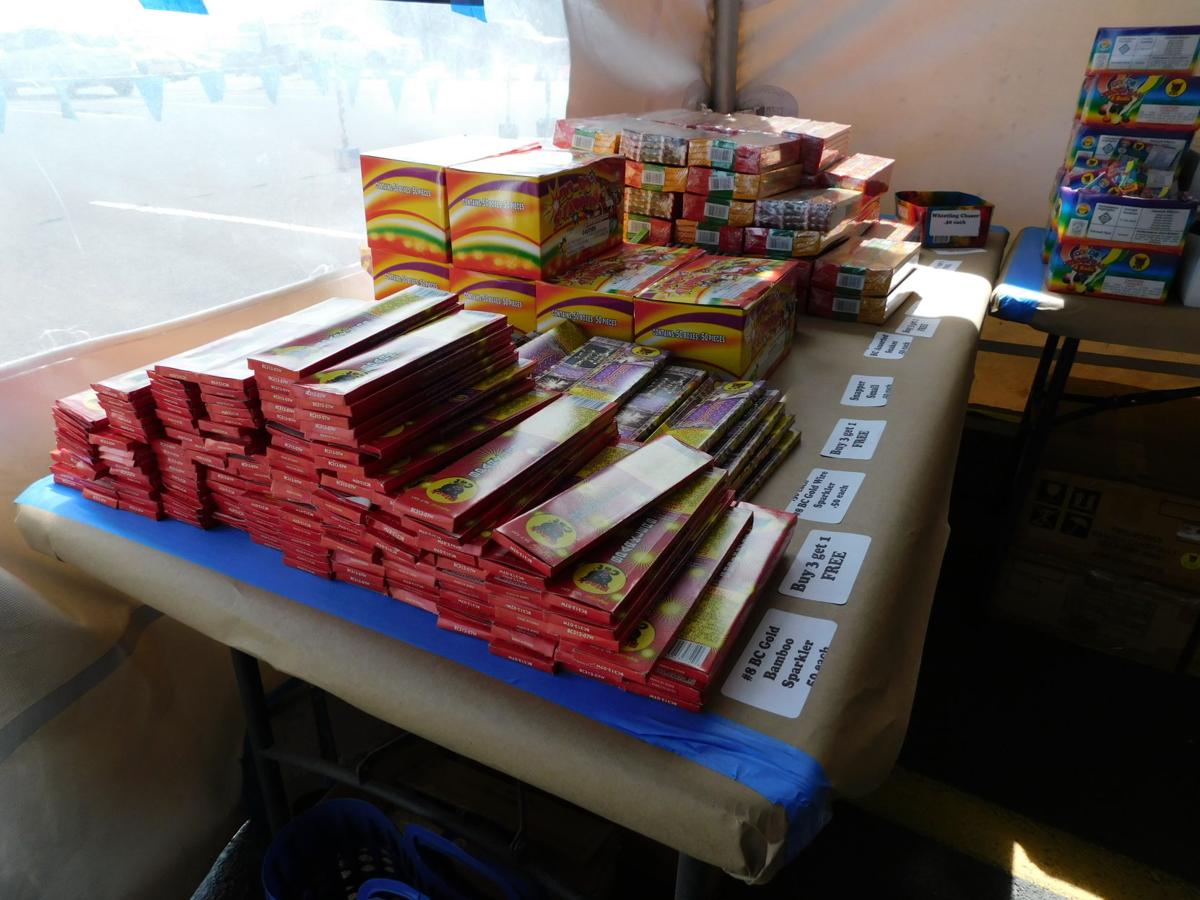 A Black Cat fireworks stand outside of Grocery Outlet in Hermiston displays its wares on June 23.

Fireworks explode over the marina in Umatilla on Thursday, June 4, 2020 in celebration of the Umatilla High School class of 2020.

A Black Cat fireworks stand outside of Grocery Outlet in Hermiston displays its wares on June 23.

COVID-19 has ruined a lot of summer plans, but Hermiston residents can still celebrate the Fourth of July with a bang.

While some cities, including Pendleton, have canceled fireworks shows and parades for the year, the city of Hermiston will still put on a display of pyrotechnics from the Hermiston Butte after the sun goes down.

The event will be modified from previous years. There will be no live music, food trucks or games set up in Butte Park ahead of the show, the usual pool party has been canceled. But people are encouraged to watch the fireworks from their yards or vehicles or someone else where they can stay apart from other viewers.

The Stanfield Fourth of July Facebook page announced in May that organizers were canceling the parade and activities, but would still hold their usual fireworks display at dusk on the north side of town.

Lesley Phillips, who runs the Black Cat fireworks stand in the parking lot of Hermiston’s Grocery Outlet, said she expects to see some additional interest in personal fireworks this year.

“Our volume’s always been good, but I think between Landing Days in Umatilla being canceled, and the Fourth of July being more of a stay at home deal, I think we might see a slight increase,” she said.

While COVID-19 has impacted trading around the world, Phillips said so far she hasn’t seen too many problems with the supply chain for fireworks, and she expects to be able to get more if she starts running low.

Like all shopping experiences, fireworks stands are slightly modified this year. Phillips said everyone must come in one side and out the other, customers will wait 6 feet apart to check out and only 10 people will be allowed in the tent at a time.

“The layout is a little different this year because of that factor, but I think that might actually be good, because I will get more time to talk to customers about safety,” she said.

Phillips tries to work with customers on making sure they use fireworks they take home safely. She said anyone setting them off in front of their house should water down their lawn and bushes beforehand, and keep a bucket of water handy to dispose of used fireworks.

She suggested getting a cinder block with a hollow space in the middle to keep the fireworks from spinning off in a different direction than expected.

The Oregon Fire Marshal’s office has set June 23 through July 6 as the fireworks retail season this year.

“In Oregon, consumer legal fireworks can only be purchased from permitted fireworks retailers and stands,” he said. “State regulations limit where those fireworks may be used. Starting in July, risks for wildfire in many parts of Oregon will be high. Fireworks can also start structural fires that threaten lives and property, as we have seen in past years.”

Fireworks that fly into the air, explode or travel more than 12 feet horizontally are banned in Oregon. That includes fireworks known as bottle rockets, firecrackers and Roman candles. If police seize illegal fireworks they can charge the person in possession of them with a misdemeanor, which could result in a fine of up to $2,500 per offense.

According to the fire marshal’s office, there were 1,173 reported fireworks-related fires in Oregon in the past five years, causing more than $4.9 million in damage, one death and 36 injuries.

“All of us share the responsibility to use only Oregon consumer legal fireworks and use them carefully,” Walker said. “Please also consider your neighbors and their pets before deciding on when and where you choose to light legal fireworks.”