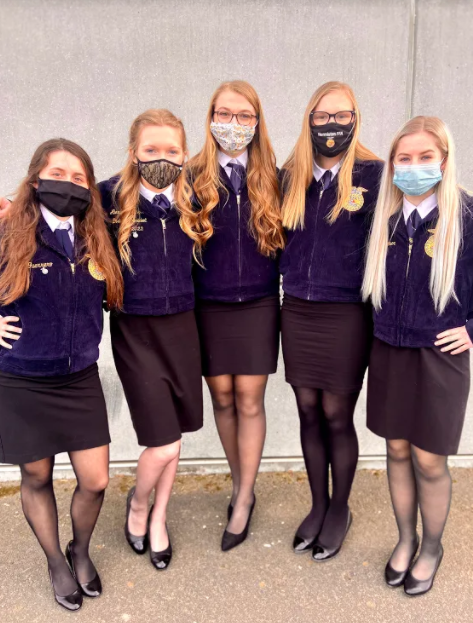 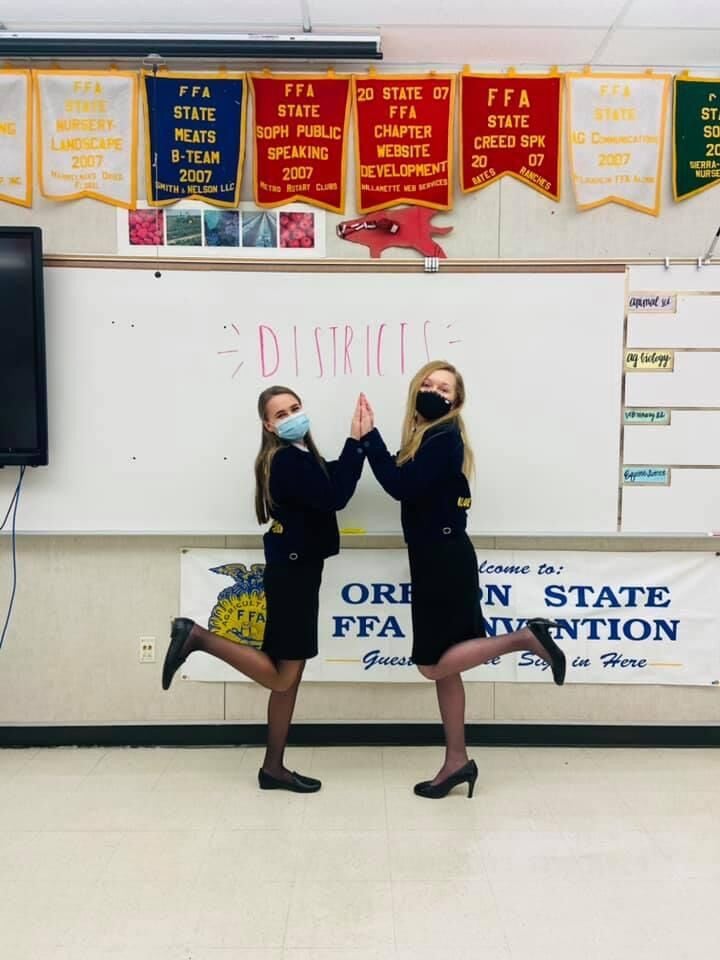 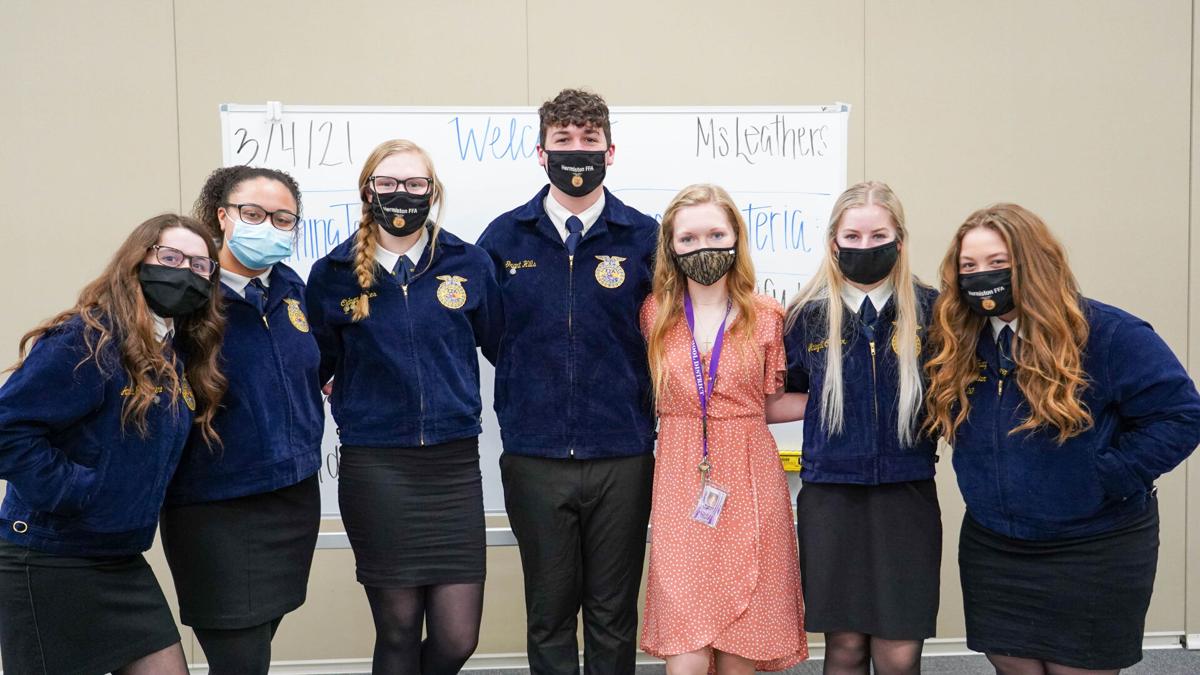 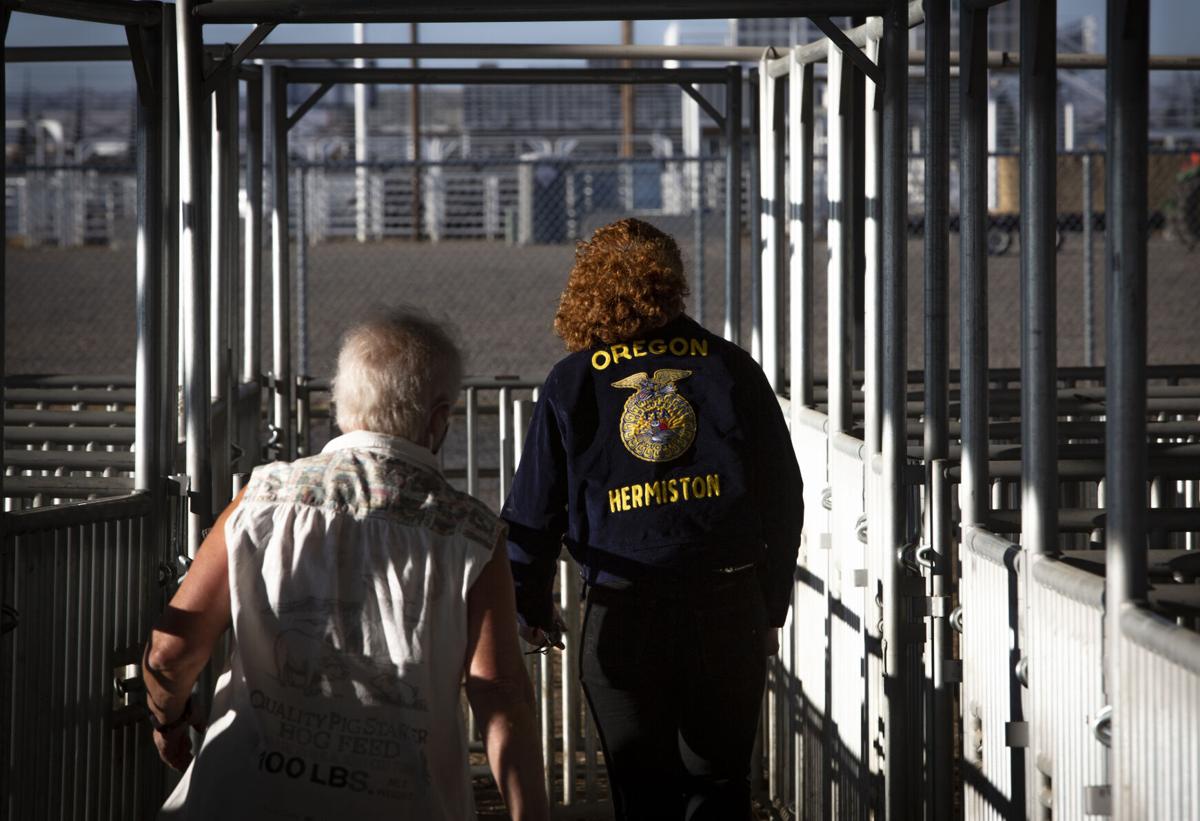 A Hermiston FFA member departs after dropping off their animal at the 2020 Umatilla County Fair Modified Youth Livestock Show on Aug. 11, 2020. FFA students have had to do most of their usual activities virtually during the pandemic. 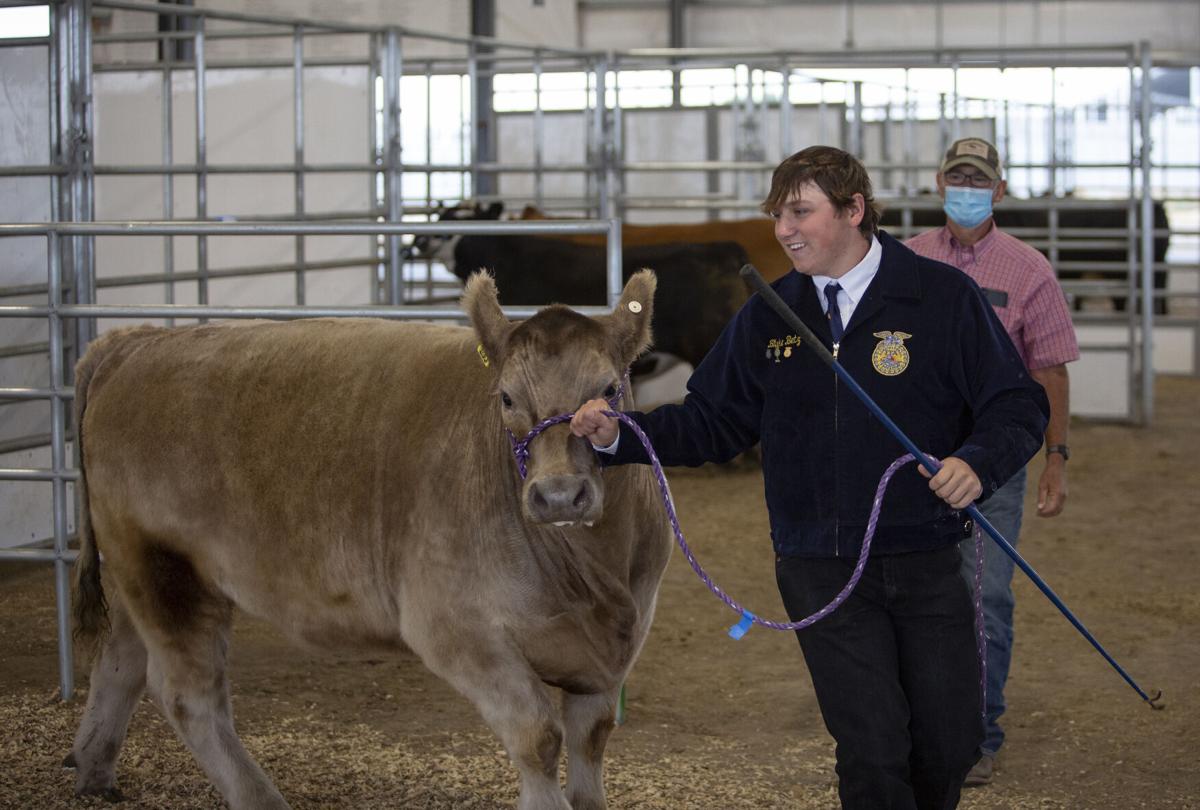 Blake Betz leads his steer in an attempt to pose for a photo during weigh-in for the second day of the 2020 Umatilla County Fair Modified Youth Livestock Show on Aug. 12, 2020. Hermiston FFA students say a full fair week experience is one of several things they’ve missed during the pandemic.

A Hermiston FFA member departs after dropping off their animal at the 2020 Umatilla County Fair Modified Youth Livestock Show on Aug. 11, 2020. FFA students have had to do most of their usual activities virtually during the pandemic.

Blake Betz leads his steer in an attempt to pose for a photo during weigh-in for the second day of the 2020 Umatilla County Fair Modified Youth Livestock Show on Aug. 12, 2020. Hermiston FFA students say a full fair week experience is one of several things they’ve missed during the pandemic.

When Hermiston High School sophomore Kylie Temple started high school, she considered herself a “city girl at heart” who had never had much to do with anything agricultural.

After hearing about the opportunities for traveling, scholarships and networking provided by FFA (formerly known as Future Farmers of America), she decided to give it a try, however.

“I’ve learned it’s so much more since then,” she said.

Temple was one of five local FFA students who sat down for an interview together on Wednesday, March 10, to share their experience as they prepare for a virtual-only state convention this week.

She said after the camaraderie of her first year of FFA, it was difficult to have that experience end abruptly last spring, just before the state convention.

“All of us, the chapter was just really close, so we were just really used to going on road trips together and touring an onion factory or whatever, and we went from that to not seeing each other at all,” she said.

Since then, she said, they’ve done “a little bit of everything” to keep the chapter going, most often over video chat. They have already competed over video in some statewide competitions and will have a local socially-distanced “watch party” for the state convention rather than traveling to participate in person.

“You have to make sure your personality shines through the screen,” Temple said of competing in subjects virtually this year. “It’s definitely been an adjustment, but being a generation that has been involved in technology, I think we’ve made that adaptation.”

Cidney Estes, also an HHS sophomore, also hesitated about joining FFA at first, but for opposite reasons of the “city girl” Temple. Estes grew up in an agricultural family, riding horses and raising animals, and thought she didn’t need to add even more of that sort of thing to her life.

She started hanging out in the FFA room, however, and the people she met there “flipped the switch.”

One area she said FFA has really helped her improve is in public speaking. Estes said when she started out, she would stand stiffly and stare straight ahead, delivering her speech in a monotone. But advisor Shandie Britt and others taught her to be more conversational, walk around and use hand gestures.

She and the other girls laughed over the memory of how embarrassed she was to use hand gestures to demonstrate parts of her speech about artificial insemination of cows.

“I was so nervous, but I ended up winning state last year so I guess it worked,” she said.

Alexis Leathers, an HHS junior, admitted she joined FFA only because her mom pushed her into it.

“It honestly didn’t spark any interest, because when I thought of agriculture, I just thought of fields and crops and that’s it,” she said. “But it’s so much more to it than that. There are so many components and opportunities in things like technology.”

She ended up embracing the program whole-heartedly, and in 2019 won state for food science in what she called an “irreplaceable experience.”

One thing Leathers said she has enjoyed is how much support past and present FFA members give each other. When she got pigs to show during her freshman year, for example, she didn’t know anything about raising pigs, but got plenty of pointers.

She said the biggest thing she has learned from FFA so far is that anyone can show leadership and be an example to others.

“You don’t need a title to affect somebody,” she said.

Anna Guerrero, a senior, said before she came to the high school she didn’t know anything about agriculture, but took an ag biology class and was persuaded by Leah Smith, the FFA advisor at the time, to get involved. She loved it.

“This was my safe place,” she said, gesturing to the ag sciences classroom.

Through FFA she had opportunities to go into younger classrooms and teach students about agriculture, and it sparked a love of teaching that she plans to pursue after graduation this year. She said if it weren’t for FFA being a part of her high school experience, she probably wouldn’t know yet what she wanted to do, and she wouldn’t have gained as much confidence as she did over the past four years.

“FFA brought out a side of me that I never knew I had, and now it’s who I am,” she said.

Abigail Conner, a sophomore, said she got involved in FFA because she remembers her brother participating. Now she wants to pursue a career in agriculture.

She said even though some members of the chapter have been able to get together to film presentations and a few things like that, she does miss the past experiences like late nights together in hotel rooms at competitions and early morning trips to Dutch Brothers.

Conner said she appreciates the network she has stepped into as an FFA member, and loves meeting former FFA students out in the community who are now very supportive of current FFA members.

“They’ve been in our shoes before and I know for sure the people who have been in this room before are so passionate about FFA,” she said. “They carry it with them through their whole lives.”

Kellie Bray, the chief of staff for CropLife America, is one of many former FFA students who continues to make connections because of her FFA past. She and her twin sister participated in FFA growing up in Missouri and she later became the state FFA secretary. The experience allowed her to travel to Washington, D.C., for a national FFA gathering, and she later returned to the city for her career and helped found an alumni chapter of FFA there.

She said through the alumni chapter she has had fun connecting with FFA students who visit Washington, D.C., for national leadership conferences. Bray said even for students who don’t go into agricultural fields, FFA taught her life skills. The organization’s parliamentary procedures element, for example, teaches students how to properly run a meeting.

“(As an adult) you can tell who has had that kind of experience and who hasn’t,” she said. “It’s so beneficial to have someone how knows how to do that.”

Shandie Britt, the current FFA advisor and agricultural sciences teacher at Hermiston High School, said if high school students aren’t sure if they might like FFA, she would encourage them to come to a meeting and see what types of learning experiences are available.

“FFA is a place for everyone,” she said. “It offers an opportunity for people to find out who they are.”