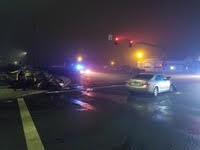 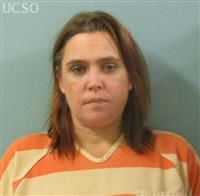 Police responded to the crash at the intersection of East Punkin Center Road and Highway 395 at 10:03 p.m.

According to a preliminary investigation conducted by OSP, a gold 2009 Toyota Camry driven by Fry was heading northbound and failed to stop at a red light, colliding with a black 2006 KIA Spectra driven by Elidio Salas De La Paz, 77, of Hermiston.

Salas De La Paz and his wife Alicia Salas, 75, who was a passenger, were transported by ambulance to Good Shepherd Medical Center. Alicia Salas was pronounced deceased at the hospital, according to Oregon State Police.

Fry was lodged at the Umatilla County Jail on eight charges including second-degree manslaughter, DUII, third-degree assault and two counts of hit and run.

Second-degree manslaughter is a Measure 11 crime, which carries a mandatory minimum sentence of six years and three months.