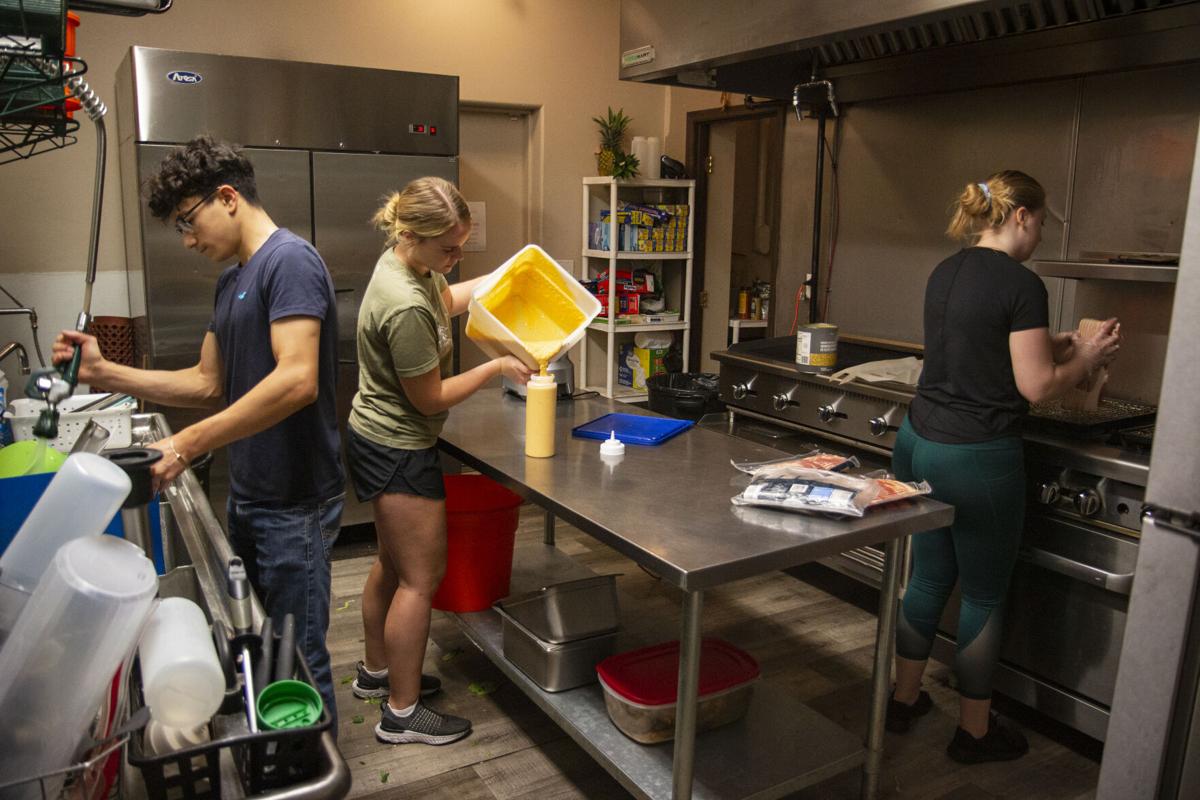 Alex Garcia, 15, left, Violet Mitchell, 18, and Bethany Stewart, 18, work maskless around lunchtime Saturday, July 3, 2021, at Veg Out in Hermiston. Each said they were excited to see customers return to having meals in the establishment now that Oregon lifted its masking and distancing mandates. 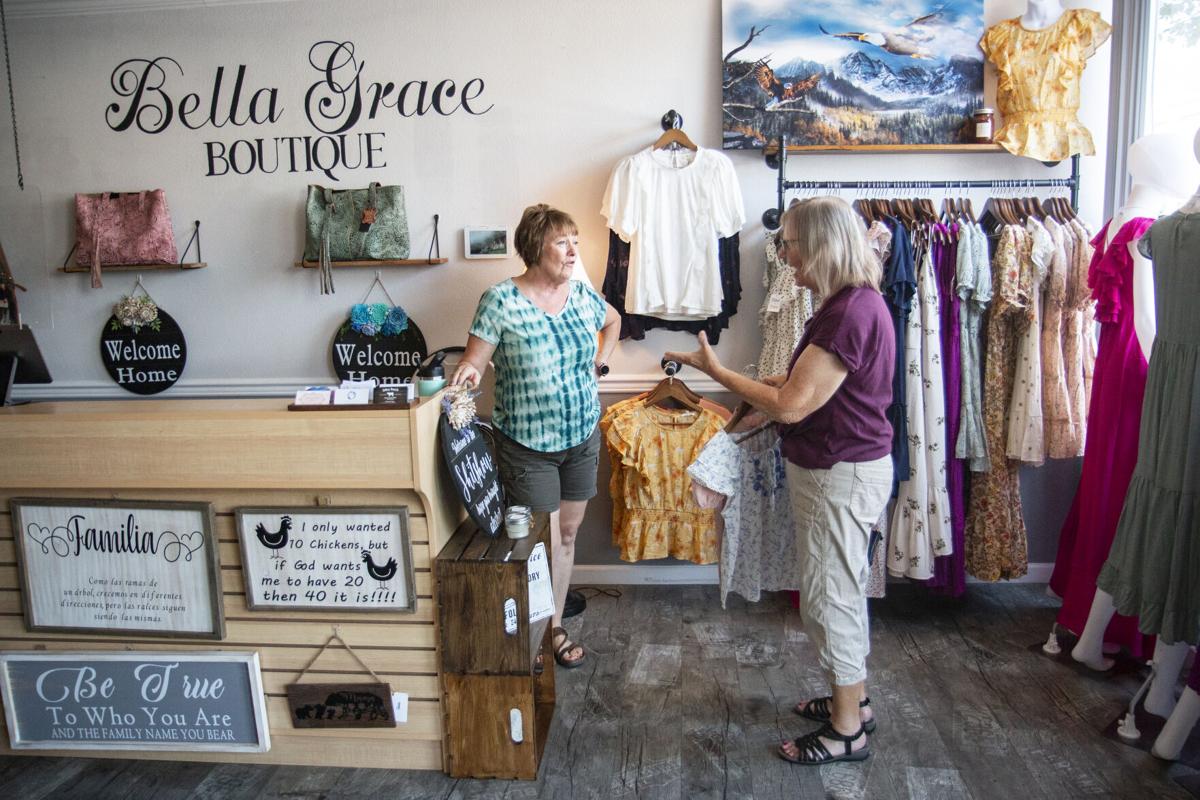 Alex Garcia, 15, left, Violet Mitchell, 18, and Bethany Stewart, 18, work maskless around lunchtime Saturday, July 3, 2021, at Veg Out in Hermiston. Each said they were excited to see customers return to having meals in the establishment now that Oregon lifted its masking and distancing mandates.

It’s been a challenging year for Laura Avila.

At 32, Avila has four children, ages 5, 9, 11 and 15, and lives off the tips she makes as a waitress at the La Palma Mexican Restaurant in Hermiston. Taking care of her kids while schools were closed was difficult, she said.

And earlier this year, some of her friends and family members contracted COVID-19 — including two of her children.

“It was really scary,” she said. “They had a fever, their body ached. But I never got it. I was tested and was negative. That’s why I got vaccinated. I didn’t want to get sick.”

When pandemic restrictions were lifted at the end of June, Avila, like so many others, said she felt happy. Business has remained steady at La Palma — which her parents opened using their life savings in the mid-2000s — and yet things still picked up last week. Now, her biggest hope, she said, is for the community to stay safe and healthy.

“We just don’t want to lose the support that we have by people getting sick,” said Avila, who, along with her coworkers, has been vaccinated against COVID-19.

For some business owners and employees in downtown Hermiston, it was a wash of relief to have masking and distancing mandates lifted, allowing customers to reenter businesses smiling and carefree. But for others, they are remaining wary as COVID-19 variants are on the rise and Umatilla County sits among the least-vaccinated and most-infected counties in Oregon.

“All the guards are going down, and there’s great potential for problems again,” said Michael Gormley, the owner of Neighborhood Books & Gifts in downtown Hermiston.

Because he is a 70-year-old diabetic with a heart condition, for which he is undergoing testing, Gormley said he plans to keep up the plexiglass that divides him and customers for at least another year. He doesn’t plan to make customers wear masks and keep store capacity down. But he still is wiping down the counters and doors with sanitizer and wearing his double-layered mask with books displayed on the front. Just to be safe.

For others, seeing people’s unmasked faces, their smiles and expressions, has brought joy and relief after nearly 500 days of isolation and fear.

Jeanine Dilley, a partner at Bella Grace Boutique, spent her day laughing and helping customers as they checked out clothes, home decor and makeup while country songs such as “Wagon Wheel” played from the overhead speakers. The shop had closed for seven months, Dilley said, until she and the other owners reached out to the community through Facebook and received overwhelming support to reopen.

And some businesses on Main Street are just getting started, underscoring Hermiston’s growth even after a pandemic year shuttered businesses and ravaged economies.

Martin Farias opened Imparable’s Nutrition Center around the first of the year. Already, Farias said he has helped more than 50 families with fitness and nutrition plans. One of his customers, he said, lost 60 pounds. He’s excited to help more eager customers now that fear is subsiding.

“All the big things in the world,” he said, “happen through crises.”