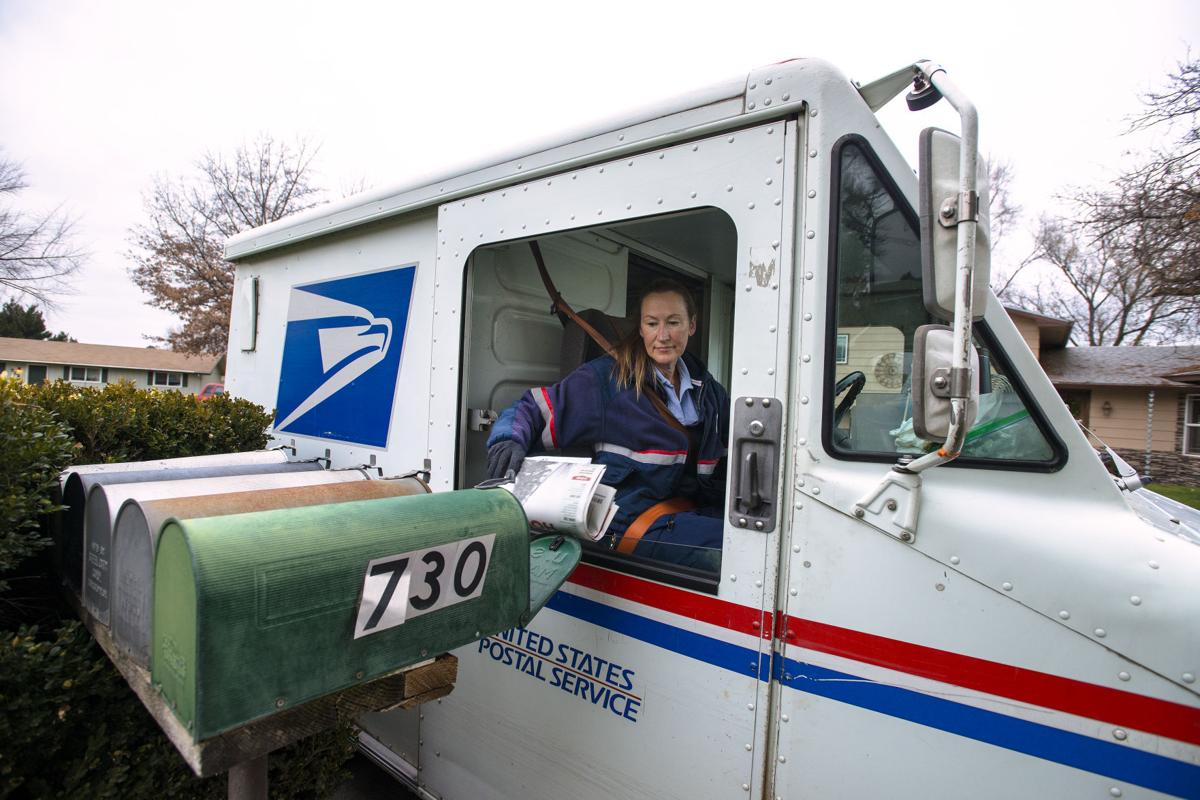 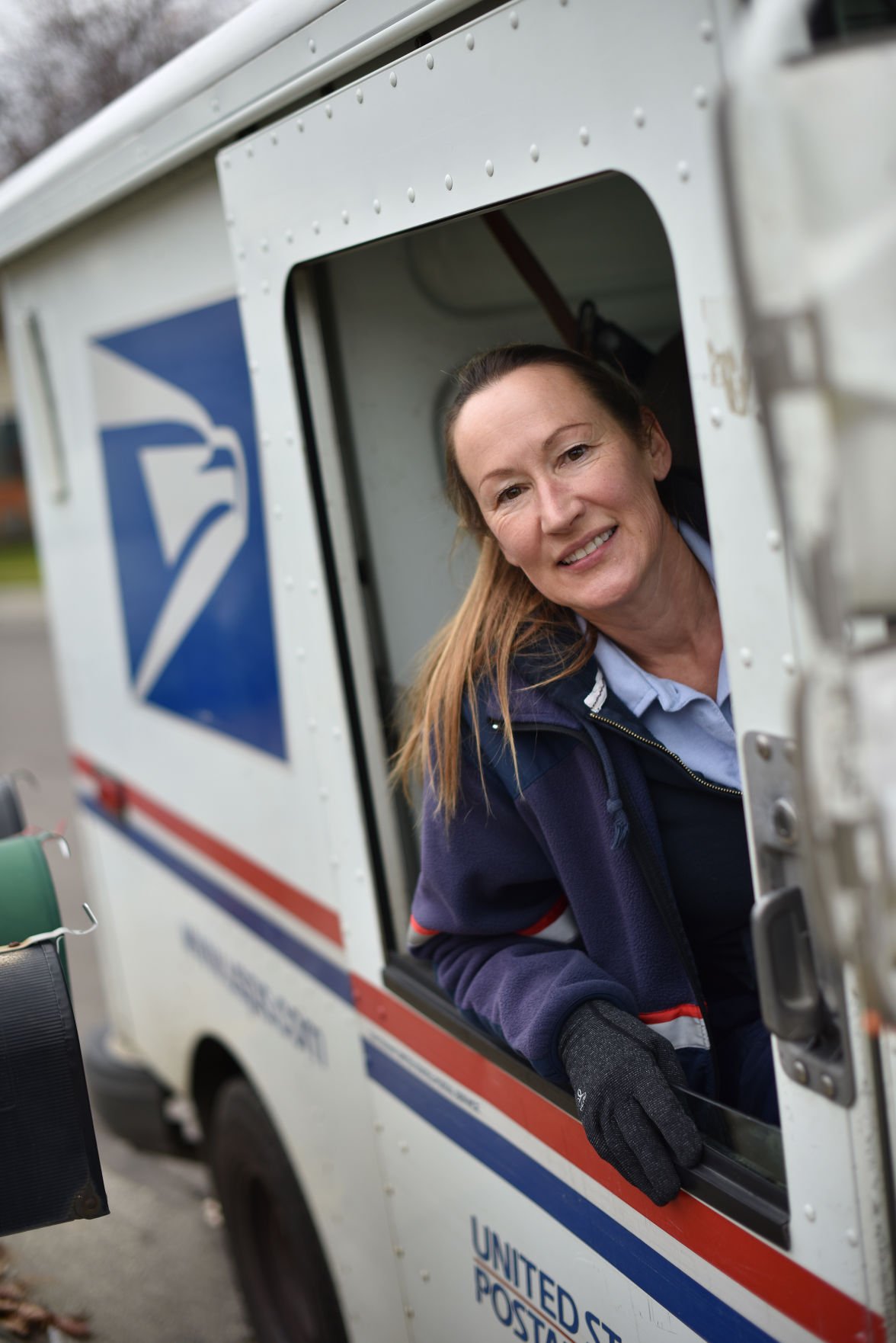 Diane Barton has been a mail carrier in Hermiston for the past 18 years. 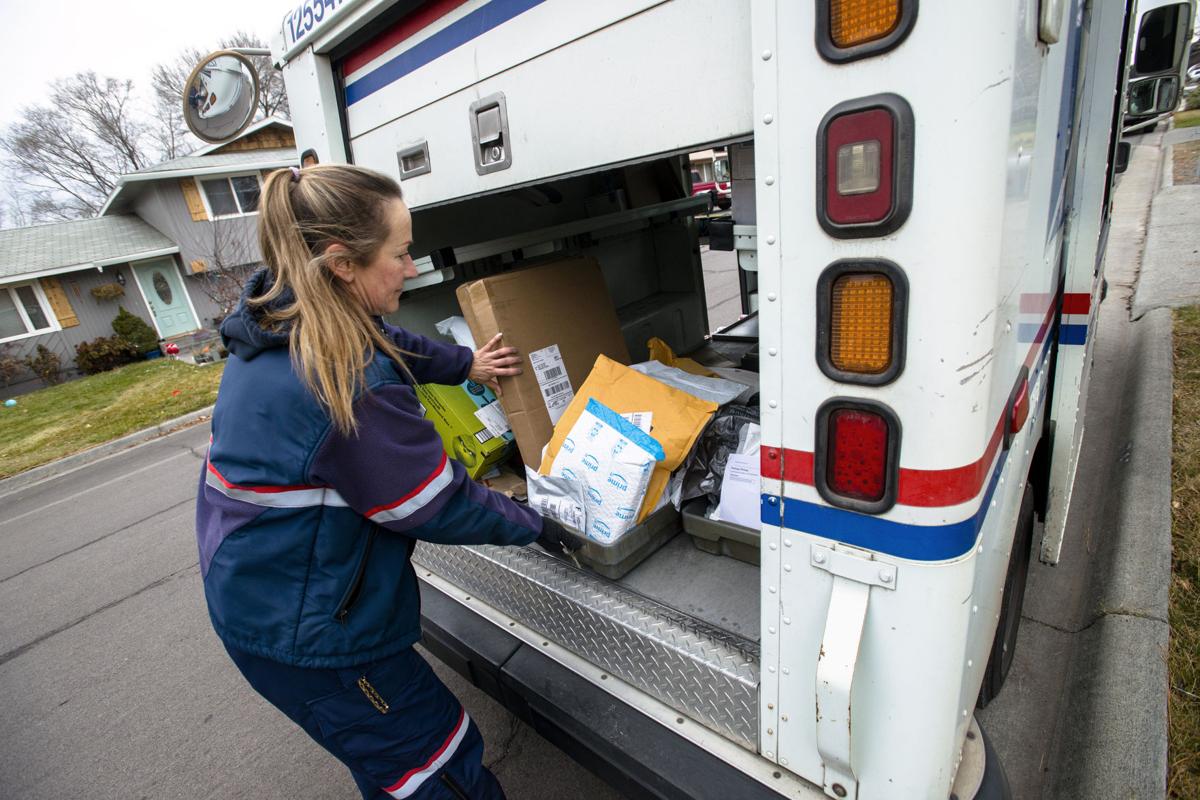 USPS carrier Diane Barton grabs a bin of parcels while delivering the mail on her route in Hermiston in 2018. 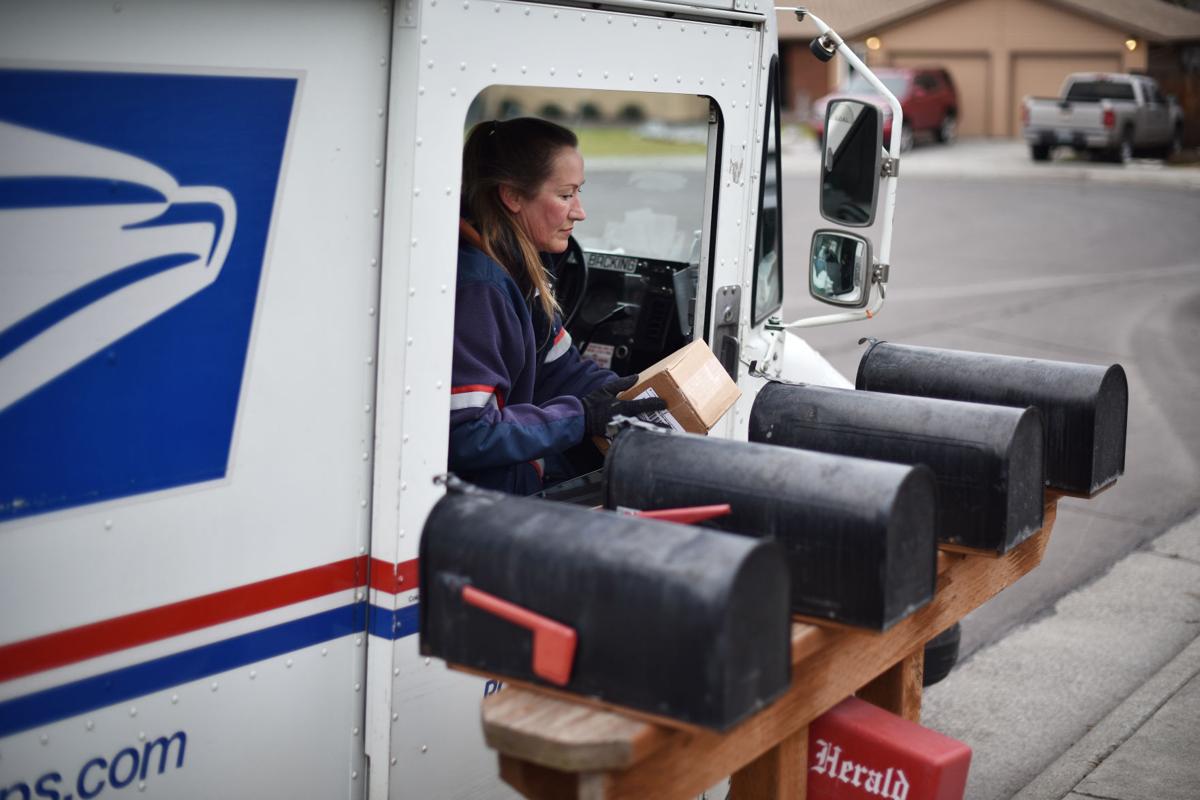 Mail carrier Diane Barton attempts to put a parcel in a mailbox Thursday on Southeast Ninth Court in Hermiston. Many packages are too large for contemporary mailboxes and Barton will have to deliver those items to the residences on foot.

Diane Barton has been a mail carrier in Hermiston for the past 18 years.

USPS carrier Diane Barton grabs a bin of parcels while delivering the mail on her route in Hermiston in 2018.

Mail carrier Diane Barton attempts to put a parcel in a mailbox Thursday on Southeast Ninth Court in Hermiston. Many packages are too large for contemporary mailboxes and Barton will have to deliver those items to the residences on foot.

They may not have elves or flying reindeer to help them out, but the nation’s mail carriers still manage to deliver Christmas presents to millions of homes each year.

The U.S. Postal Service expects to deliver a total of 15 billion letters and 900 million packages during the holiday season, defined as Thanksgiving to New Year’s Day.

Diane Barton, who delivers mail in Hermiston, is doing her part. Thursday afternoon she was winding through a set of cul-de-sacs on the east side of town, dispersing a truckload of boxes and envelopes. Mail carriers throughout the nation were delivering two days worth of mail Thursday after postal services were suspended for a day to honor former president George H.W. Bush.

Barton said the holiday season means longer hours and more challenging deliveries, but it’s also fun to see how excited people are to see her this time of year, especially children.

“The volume of packages, of course, changes tremendously,” she said.

Packages take longer to deliver than letters. They must be scanned with a hand-held device so that patrons who are tracking the package know it has arrived. Some small packages will fit in a mailbox, but in other cases the carrier must get out of their truck and walk up to the front door. Sometimes a signature is required, or the home’s resident prefers the package is put someplace less conspicuous than the porch.

Barton said she often can’t fit all of the packages for her route into her truck this time of year so she either has to return to the post office and reload or have another employee help with deliveries. To accommodate the holiday rush, between Thanksgiving and New Year’s USPS hires extra employees, schedules its full-time employees for longer hours and offers Sunday deliveries in most major cities.

The internet has greatly changed the holiday delivery experience in the 18 years Barton has been delivering mail, she said. People do send fewer Christmas cards through the mail, but packages have increase dramatically.

According to information on the USPS website, Dec. 17-23 is usually their busiest delivery week. They recommend shipping USPS Ground Delivery packages by Dec. 14 for the best chance of having them arrive by Christmas, and sending priority and first-class mail by Dec. 20 at the latest.

One thing people can do to help, Barton said, is to make sure the area in front of their roadside mail box is clear of snow, garbage cans, cars and other obstructions so that carriers can pull up and reach their arm through the window instead of parking and getting out.

“That’s huge for us,” she said. “That little thing can cost me an hour or more a day sometimes.”

Barton said the salary and benefits package she gets through the U.S. Postal Service was “life-changing” for her family after she switched from working two minimum-wage jobs.

She said she loves getting out and meeting people, and over a decade on the same route has become very familiar with her customers and their preferences. In some cases, she said, she is the only person an elderly homeowner will talk to all day. She even follows up when customers who are usually waiting eagerly for her don’t show up at the mailbox.

“It’s my watch. I feel it’s part of my duty to take care of people,” she said.

Changes will likely be coming to the U.S. Postal Service. The organization has been losing money for the past decade, and on Tuesday the Treasury Department released a report with recommendations to make it more sustainable.

“Although the USPS must still serve all citizens and businesses in the country, its goal with respect to commercial mailers and shippers must be to optimize long-term revenue based on market principles, rather than to ensure access to a rate-regulated, uniform government service,” the report read.

Recommendations include exploring new sources of revenue, increasing the agency’s flexibility in pricing and looking for ways to reduce operating costs. The Treasury Department did not recommend privatizing the postal service.

which has been discussed in recent years.