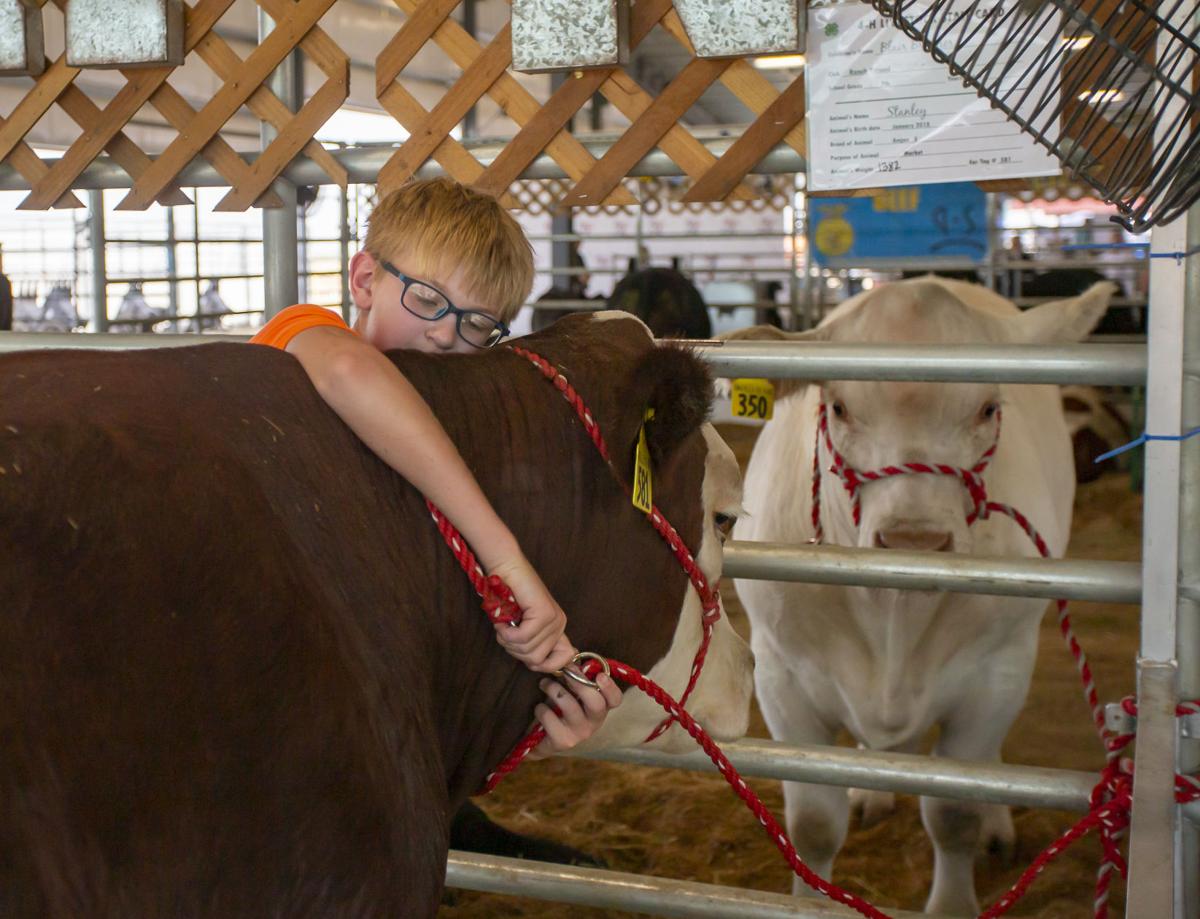 Blair Bracher, 13, ties up his cow in the livestock barn during the Umatilla County Fair in August 2019. 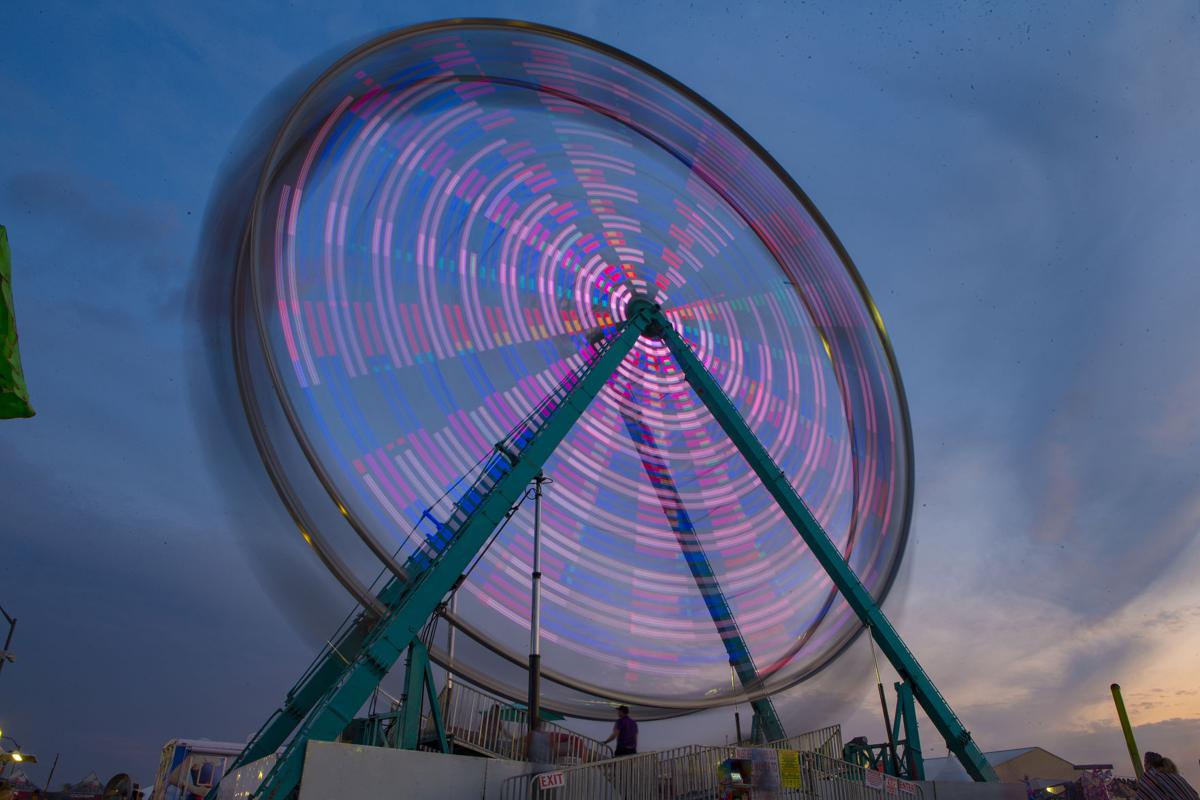 The ferris wheel spins in a long exposure image at the Umatilla County Fair in 2019. 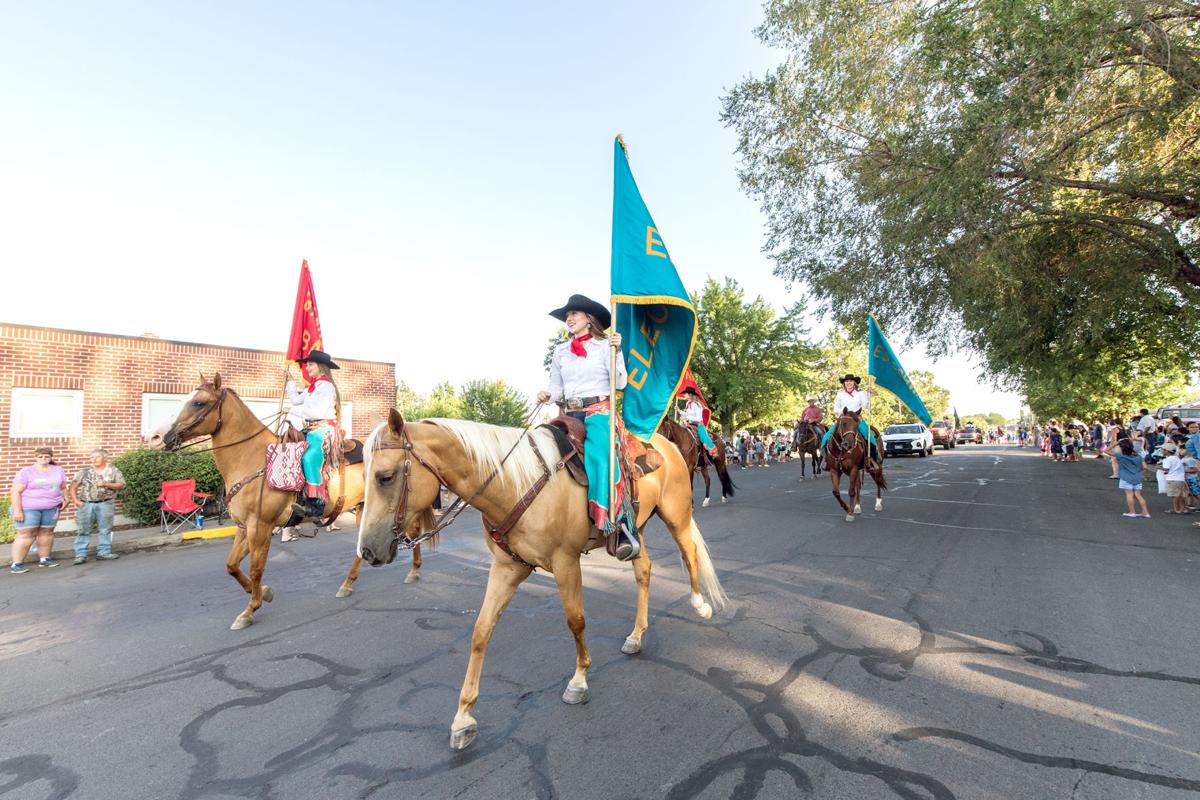 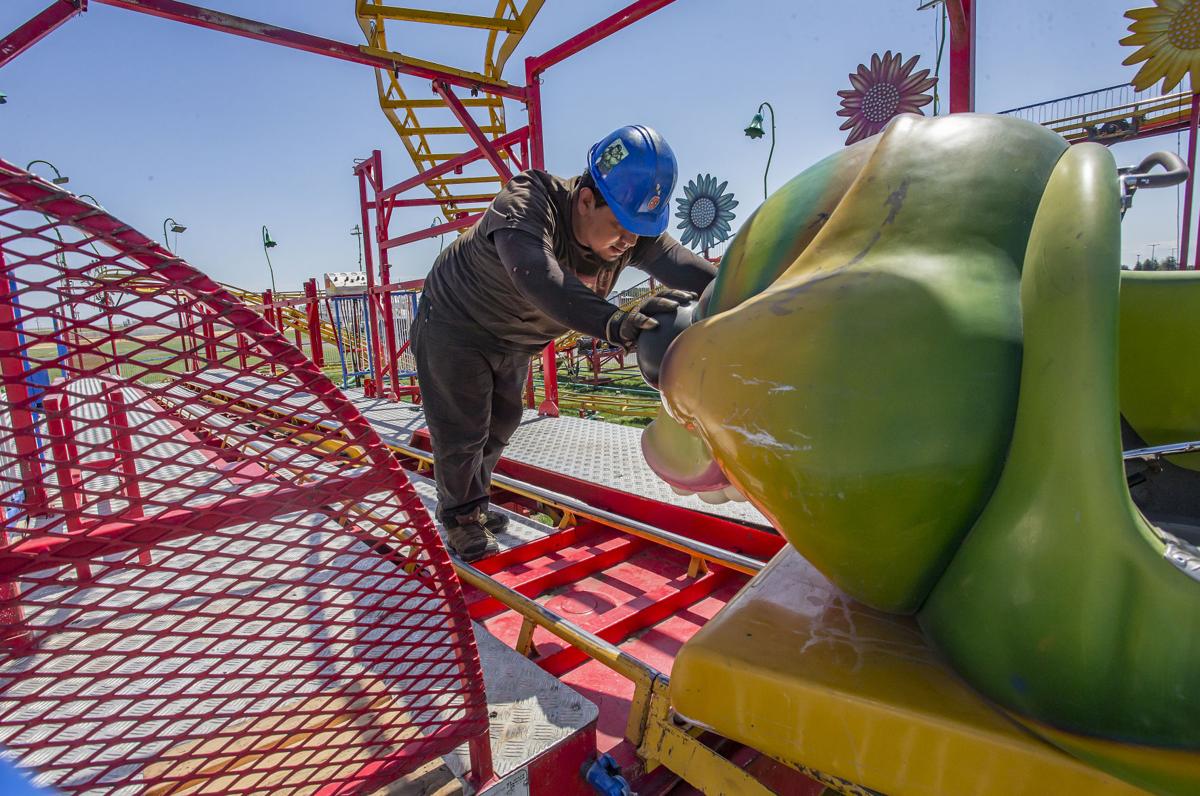 Miguel Rojas pushes a roller coaster car off of the starting platform to allow for further construction of the Davis Amusement Cascadia roller coaster during a setup day for the Umatilla County Fair in August 2019.

Blair Bracher, 13, ties up his cow in the livestock barn during the Umatilla County Fair in August 2019.

The ferris wheel spins in a long exposure image at the Umatilla County Fair in 2019.

Miguel Rojas pushes a roller coaster car off of the starting platform to allow for further construction of the Davis Amusement Cascadia roller coaster during a setup day for the Umatilla County Fair in August 2019.

Fair week will look a lot different for most counties this year, but local youths will still have an opportunity to show off their hard work.

“We put together the best event we could for the kids,” Umatilla County Fair Coordinator Angie McNalley said.

Public events for the Umatilla County Fair — including the parade, concerts and rides — are canceled due to the pandemic, but exhibitors will be able to drop off static entries for judging, and 4-H and FFA students can bring their animal to the fairgrounds for an appointment with a live judge.

Fair week is Aug. 11-15. McNalley said it was difficult, early in the pandemic, to know what things might look like by August, but the fair board put together a subcommittee and they got to work to figure out what opportunities they could safely provide for 4-H and FFA students.

“We’re in regular talks with county commissioners and the health department,” she said.

There will be a schedule for exhibitors to be able to leave their static entries, such as produce and crafts, at the Eastern Oregon Trade and Event Center the week before fair week officially starts. Entries will be judged and photographed, with photos posted online for browsing at the start of fair week.

There will also be a schedule for youths to be able to show their livestock to a judge in person on the fairgrounds, without an audience present. They will drop off their animals the night before, with the fair board taking responsibility for feeding the livestock on-site until the animal’s owner comes back the next day for showmanship. Afterward, a professional photographer will take a photo of the student with their animal.

The photos will be used for the Youth Livestock Auction, which in 2019 raised $610,000. McNalley said some of the auction’s usual buyers will be on site, spaced 6 feet apart with masks on, while other people can watch a livestreamed video of the auction and place bids online.

She said some people have made comments mistakenly assuming that the fair will have twice as much money to work with in 2021, but that’s not how it works. The fair pays for itself through ticket sales, vendors and other revenue that won’t be coming in this year.

“Our money is made from the fair,” she said.

To cover the costs associated with the Youth Livestock Auction and judging this year, McNalley said some businesses have still been willing to be a sponsor, knowing that this year their sponsorship is basically a “straight donation of love” and won’t come with the usual free tickets and level of exposure to thousands of fairgoers.

“I’ve always known this is a giving community, and now I’m seeing people who have been affected, and their business has been affected (by COVID-19), and they’re still giving,” she said.

McNalley said the fair court, grand marshals, volunteers of the year and business of the year have all been invited to continue to represent the fair in 2021 since they haven’t had much of an opportunity to do so this year.

The Morrow County Fair will also be reducing its usual celebration due to COVID-19.

Ann Jones, secretary for the fair, said 4-H and FFA youths will be able to come to the fairgrounds for a time slot to show their animal during fair week, Aug. 18-22. Students will also be able to contribute static entries to the usual 4-H categories, including cooking and fashion.

“It will look a lot different than we’re used to,” she said.

That Saturday, Aug. 22, will feature an online-only auction.

Jones said more specific details, including a link to the auction, will be posted on the fair’s website and social media pages when fair week gets closer.

The Farm-City Pro Rodeo canceled its annual rodeo for the first time since it began in 1988.

The rodeo, which usually takes place in the arena next to the fairgrounds during the Umatilla County Fair, announced in May that the board was canceling the 2020 fair, after Gov. Kate Brown announced that gatherings of more than 250 people would not be allowed in the state until at least September.

“In the meantime, make sure you grab a bottle of our Chute 8 Whiskey and Vodka and help us count down the days until August 11-14th, 2021, when we can see all our fans again!” the board of directors wrote.

Despite the rodeo’s cancellation, the Farm-City Open will still take place on Aug. 12. The annual golf tournament, organized by the rodeo and Sherrell Chevrolet of Hermiston, raises money for scholarships for students who participate in rodeo.

Organizer Kevin Fisher said the tournament at Big River Golf Course in Umatilla has been adjusted to maintain social distancing. This year people will register ahead of the event instead of in person, and will be able to form their own teams instead of being assigned a group.

After they are done golfing, they can pick up a boxed lunch instead of the usual sit-down meal, and winners will be notified by phone or email.

Even though the rodeo is canceled, Fisher said people have expressed excitement that the tournament will continue.

“People want something to look forward to, and everyone looks forward to the tournament,” he said.