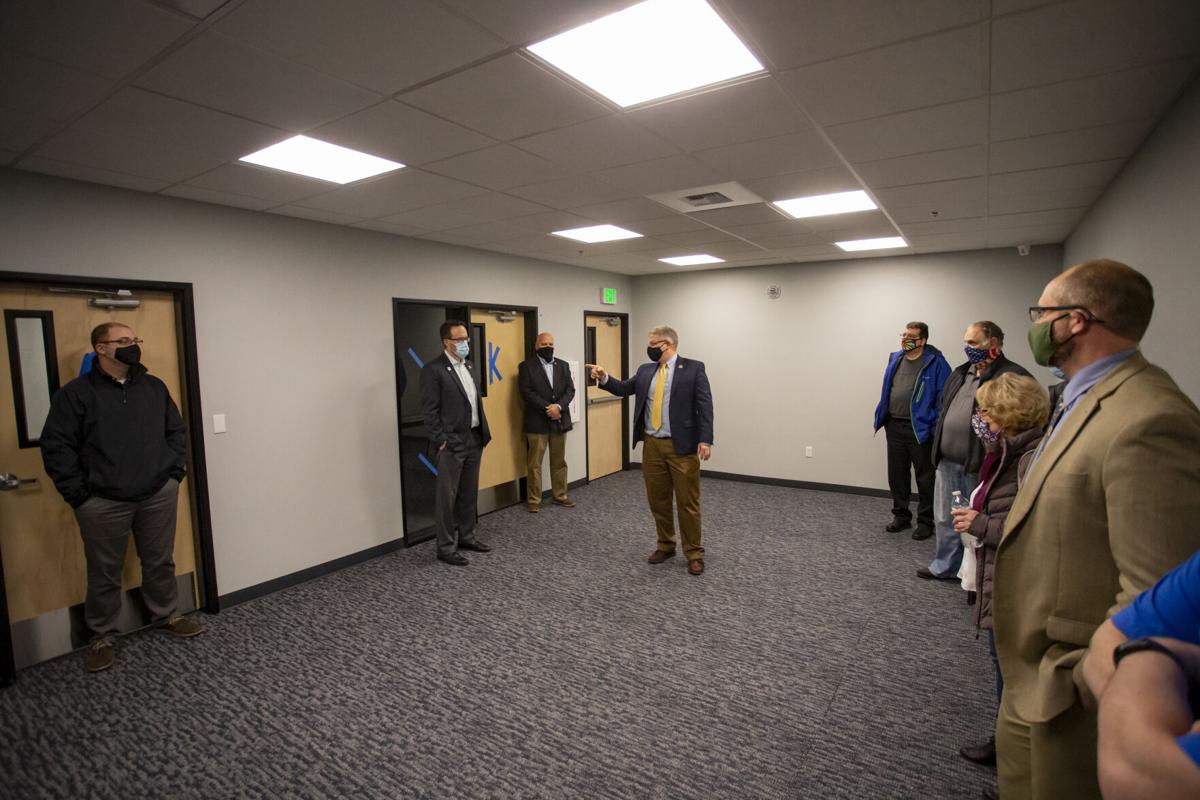 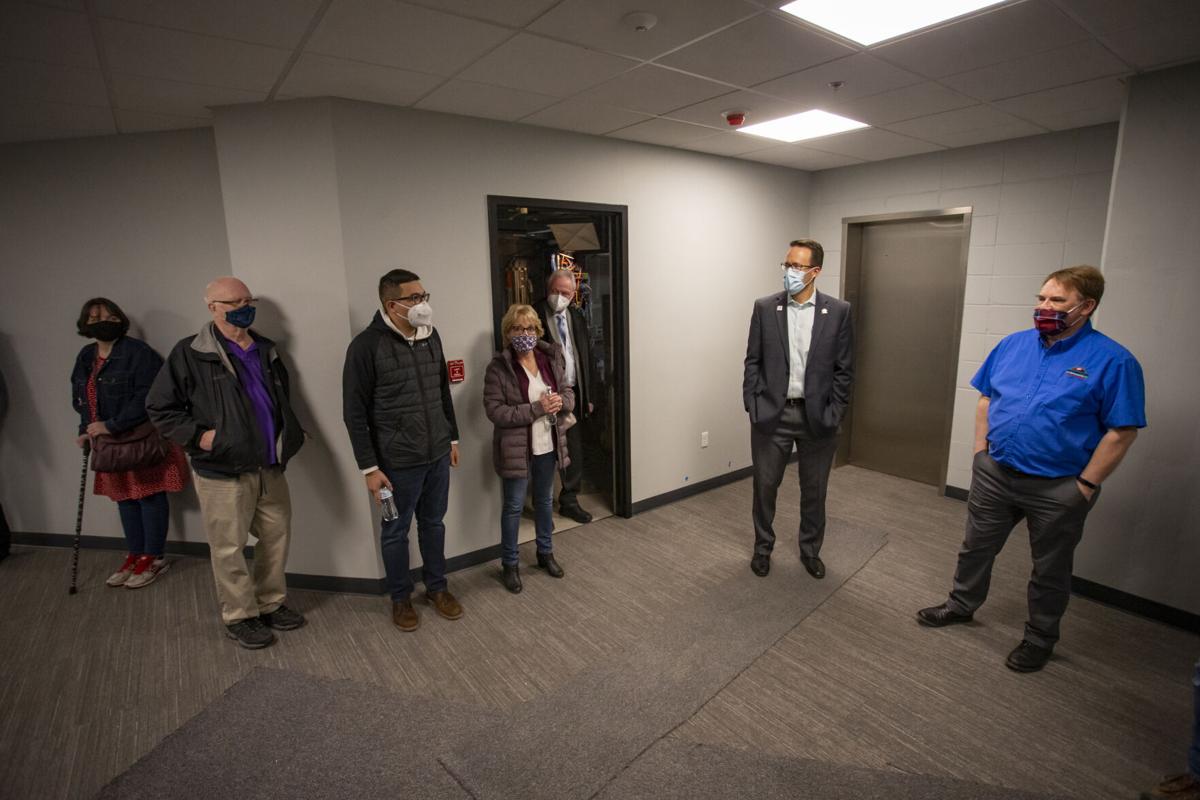 Knerr Construction is putting the final touches on a remodel of the Hermiston Public Library before city staff move into the library’s basement.

The city council and department heads toured the newly remodeled basement before the Monday, Feb. 22, city council meeting. The plan is for the space to be move-in ready in the next few days and for it to open as an interim city hall on Monday, Feb. 28.

City Councilor Roy Barron remarked that the old basement was a “labyrinth” of hallways, and he was pleased to see a much more usable space.

“The architects were surprised there was so much circulation space down here,” City Manager Byron Smith told the group, referring to the hallways that were taken out to create more open spaces. “They’ve made it much more efficient.”

Since a fire in the HVAC system at the old city hall caused smoke damage throughout the building in December 2019, city staff have been spread throughout various buildings as the city worked with Architects West to design a new city hall, planned for the same location as the old one on Gladys Avenue. The library basement will serve as an interim city hall for some department heads and “front counter” staff, such as those who take utility payments.

In addition to the reconfigured walls, Knerr Construction relocated the bathrooms to a more convenient location for the public to find, added new carpeting and other cosmetic touches, upgraded to more energy-efficient lighting, put in a new HVAC system and installed a modern fire suppression and alarm system, which Library Director Mark Rose said would make the building safer.

The project also includes a new glass atrium and large entryway at the rear of the library.

Once the new city hall is constructed and staff move, the new offices in the basement will go to library staff, while the open space downstairs will be turned into a new children’s section that will allow the library to expand its collection of adult books upstairs and give children more freedom to roam downstairs.

“We want to create a space that’s a little more kid-friendly down here,” Smith said.

In one section, near the offices, Rose said he planned to create a lounge area.

“We’ll have some small couches, enough for a mom with kids to sit and read to them, or if a kid is fussy they could take them here,” he said.

He said the kitchen located downstairs could become a “maker space” where the library offered cooking classes and other programming.

For now, as city staff move into the basement, signs will be placed directing the public downstairs. Some staff will remain in the old Carnegie Library next door.